The Black River of Thurston County 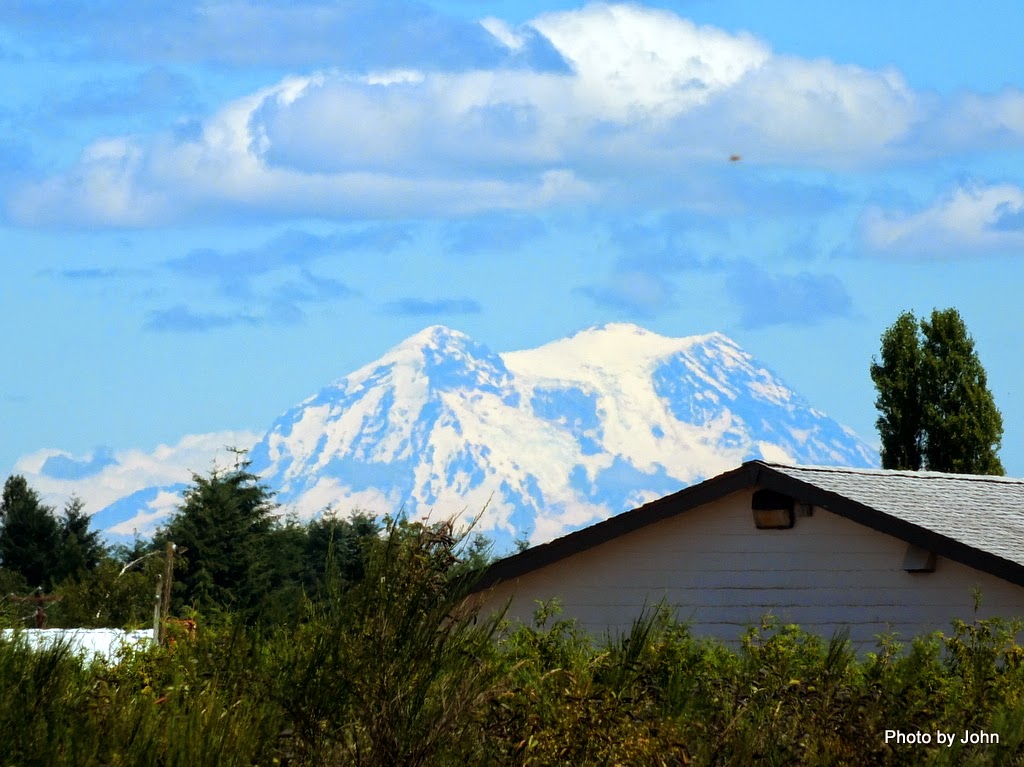 With "the mountain" (Mt. Rainer) out, we decided to spend an afternoon exploring a section of the Black River. The Black River flows from Black Lake near Olympia to its confluence with the Chehalis River southeast of Oakville. It's not very big and has a very small gradient. 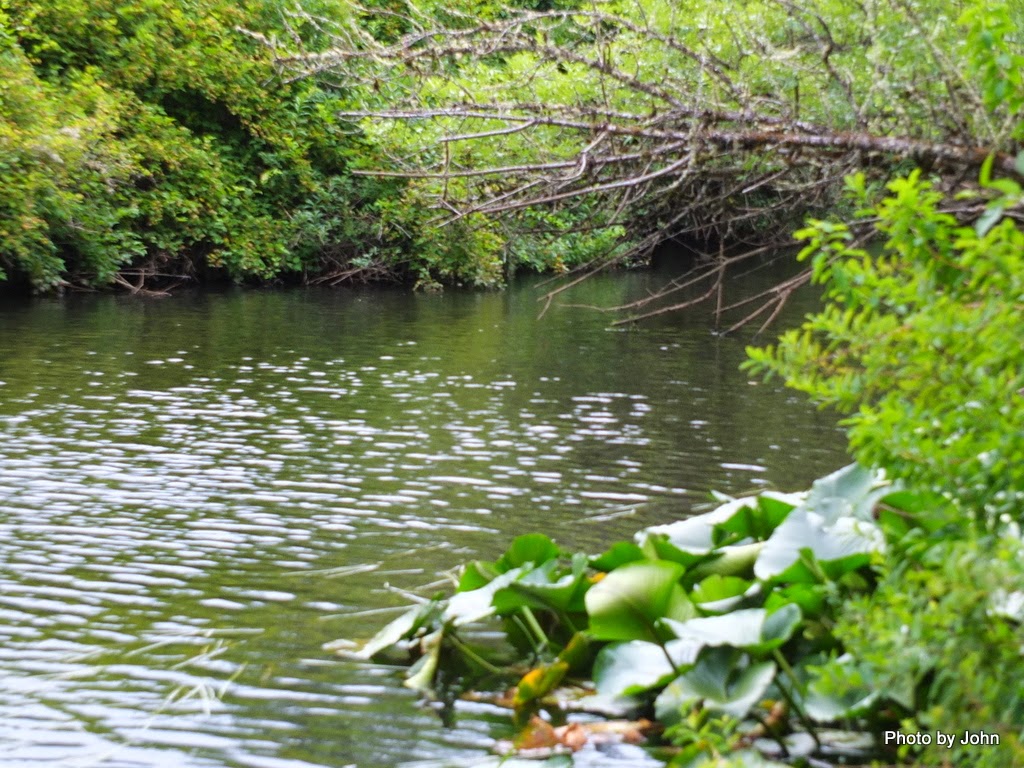 There are three launch points shown on DNR's Capitol Forest map. The first launch is marked as a school bus turnaround south of Littlerock. We'd checked it out a couple days prior and realized that paddling upstream from there was going to involve working around some strainers. 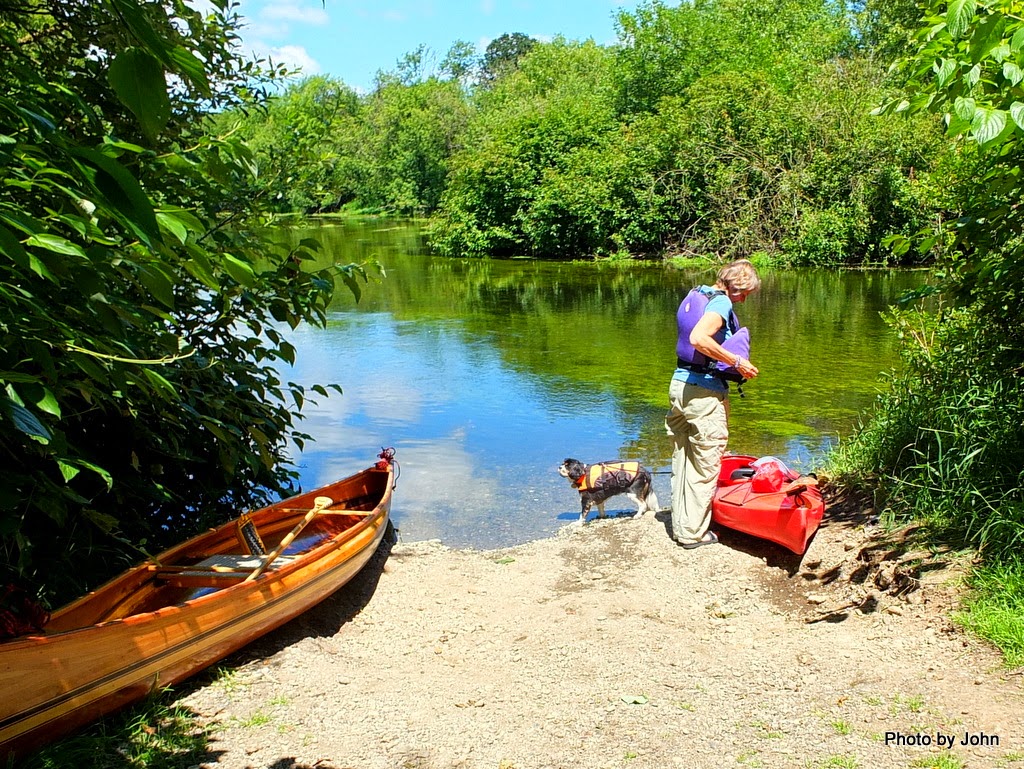 The second launch point is on School Land Road SW, about 2 miles west of Rochester. There's a third point shown where the Black crosses under Highway 12 about 2 miles east of Oakville. 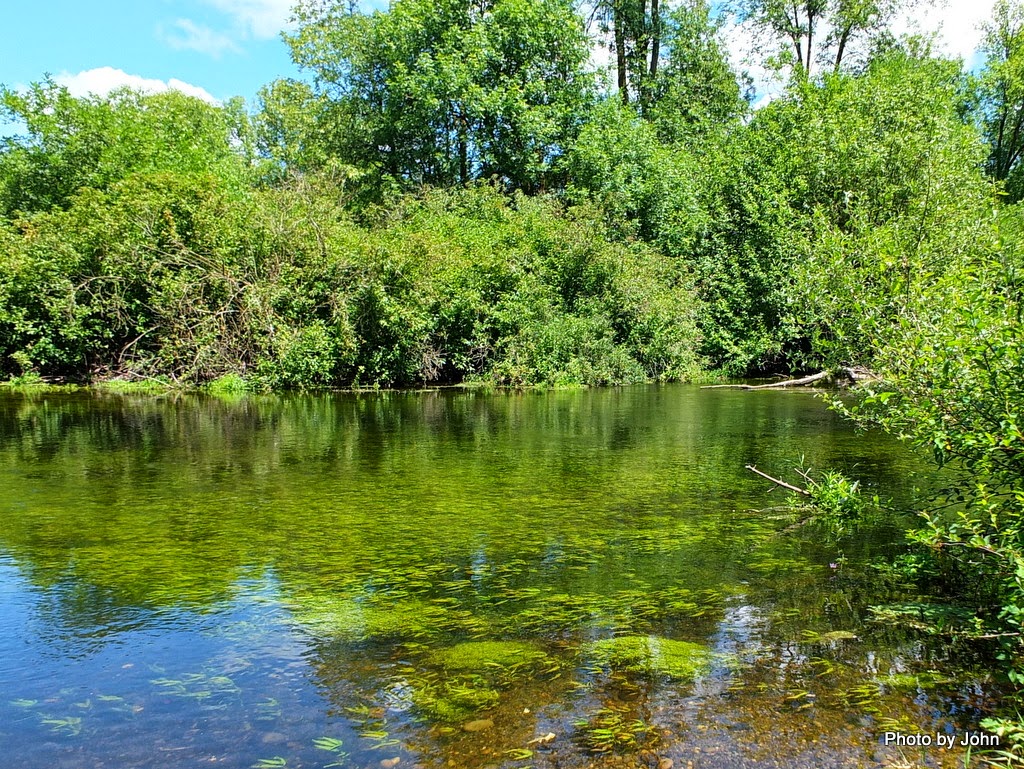 Since we didn't have a shuttle, we decided to launch at the second point and paddle upstream and then return back downstream to the truck. The river is dark but clear and has areas of bright green plants growing below the water surface. 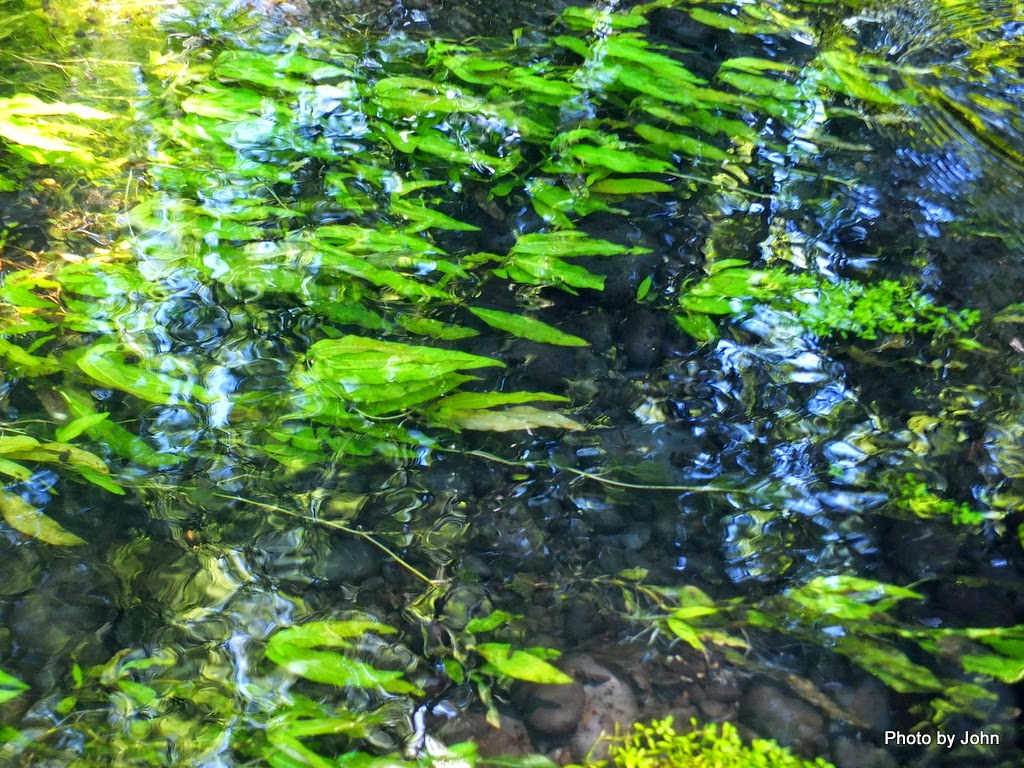 Unlike the grass that we see in some southwest rivers, these are leafy plants. The river bottom, at least the areas we saw, is small stone around an inch in diameter. 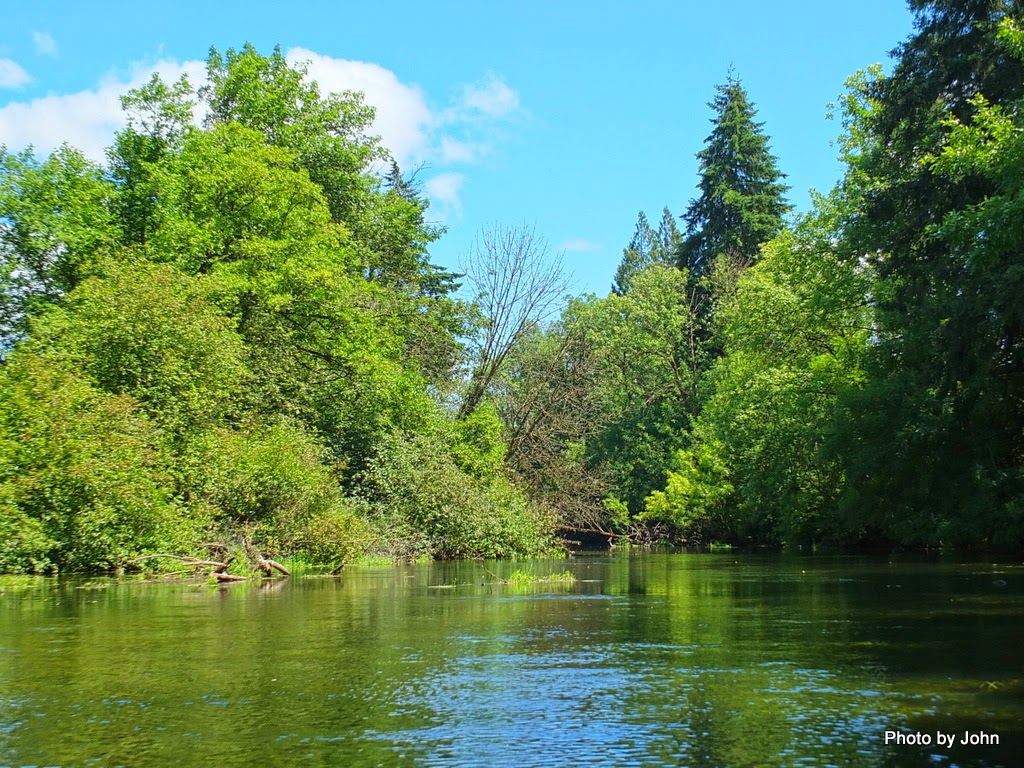 The river environment was very tempting, and based on the handful of cars at the launch points, a few people were out on the water. I wasn't able to make good progress upstream with the canoe since much of the river was too shallow to allow enough bite for the canoe paddle. I'd love to do it again with a shuttle so we could do a downstream trip.

We did discover (too late for us) that there is a company that rents canoes for the Black River and provides return shuttle, at least for those who rent from them. I haven't been in contact with them ... yet. Black River Canoe Trips is the name.