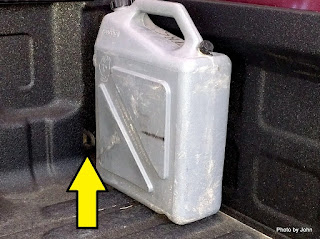 I figured out that one of the features of the new truck was lacking. We always haul a couple jerry cans of additional water when we're boondocking for any length of time, but the tie-down rings in the truck bed are too low to retain the jerry cans on rough roads. 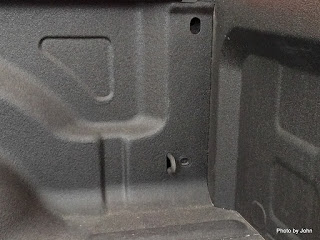 There are some interesting holes punched in the upper bed corners that I thought might be used for optional tie-down accessories, but a search with the parts expert at the dealer showed nothing existed for upper tie-downs. 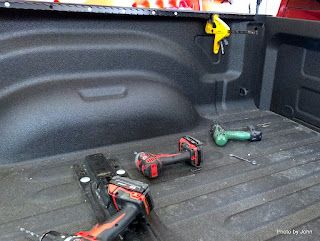 I did some internet research and ended up ordering an Anchor Point Tie Down kit from US Cargo Control. The package arrived quickly, but then languished leaning up against a cabinet in the garage - right in the way. With a friend coming to use the garage for a few hours I decided it was time to get that package out of the way and get the parts installed. 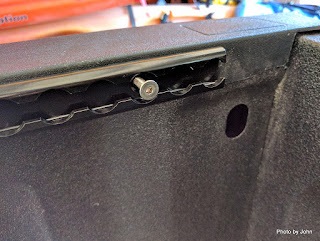 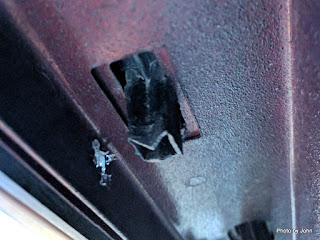 I drilled pilot holes and then the 1/4 inch holes for the machine screws. In a couple places, the holes lined up with the plastic nubs that helped retain the plastic bed rail protectors. I discovered the plastic was soft enough that I could grab the nubs with a pair of plies and twist them off, leaving me the clearance I needed for the hardware. 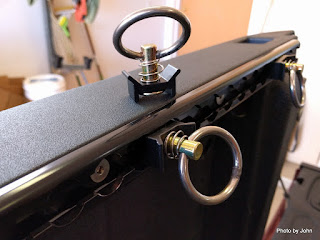 The tie-downs fit at any point along the track. Since they are easily installed and removed, I've elected to keep them in the glovebox when they're not in use so that someone else doesn't elect to remove them. 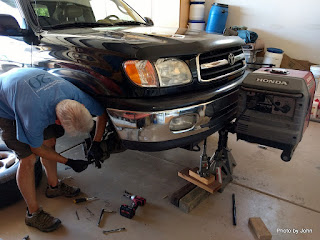 I got the project done about an hour before KB showed up to tackle a front brake job on his truck. He needed a couple special tools and a place to work, and I needed a bit of a push to get that package out of the way. BJ thanks him!!

Bob was the first Scamper I met after we got our Scamp, and has always been a fount of knowledge and well considered ideas. It was sure nice to help him out for once.
Posted by Just Finding Our Way at 2:30 PM No comments: 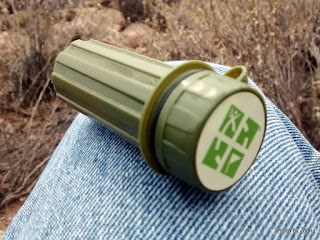 Long time readers of this blog know that my grandson introduced me to geocaching during the summer of 2015. By August of that year, I started placing a few geocaches. 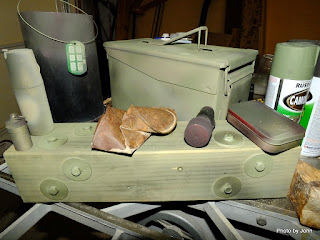 I quickly figured out that I really enjoyed putting out caches that were not typical. Most were made of items found while wandering in the desert or items that I re-purposed. What came as an unexpected delight was that folks found them interesting enough that they would award 'favorite points' to some of my caches. 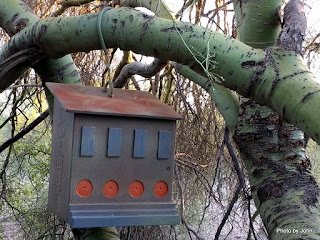 Over time, I started building caches specifically because I thought they might put a smile on the finder's face. The vast majority of them aren't so tough to locate, but can be challenging to access the logbook. 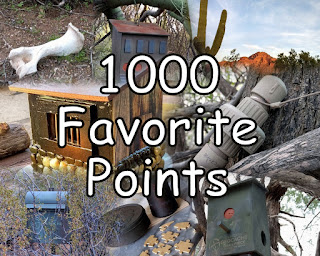 While I was in Yuma last month, I surpassed a milestone that I'd never dreamed possible. My caches surpassed 1000 total favorite points. 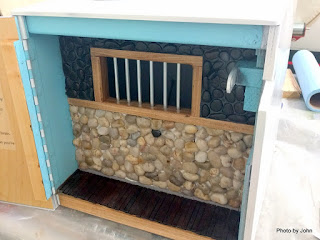 I know I'm crazy investing as much time and effort as I do in the caches I place, but I'm finding it rewarding. The points count will slow down significantly in the next few weeks as the temps send our winter visitors (and me) packing. Meanwhile, the list of ideas keeps growing.
Posted by Just Finding Our Way at 2:30 PM 4 comments: 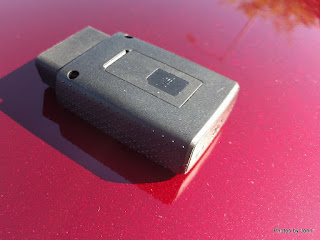 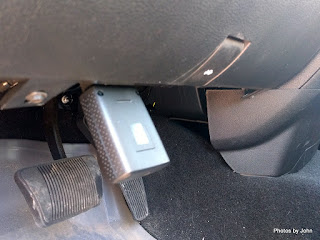 Yes, it was a bunch of hoop jumping, but yes, I'm very pleased with the Mobley. Good (not great - it's a generation behind) performance and another data source to spread out our load.
Posted by Just Finding Our Way at 9:04 AM 5 comments:

I started out the day with a relatively short list of things to get done and crossed most of them off within an hour. It all went sideways on the last item.

I arrived at the nearest corporate AT&T store two minutes after they opened in search of a ZTE Mobley. The Mobley is designed to plug into the computer port in a car or truck and creates a WiFi hotspot for up to five devices. The whole concept has never interested me until this past week when AT&T introduced an unlimited* data plan for the Mobley at $20 per month. Since I retired, our connectivity has been based on a 20 gig Verizon plan and a 5 gig AT&T plan. That's been enough although some months it gets pretty snug, especially if the phones do a lot of software updates.

Anywho, it seemed simple - just get a Mobley with the appropriate plan. I'd tried to order via their website but the new plan didn't show as an option.

I already had the exact name of the plan so I figured it would be easy to do face to face. At store one, they didn't have a Mobley and in fact I had to brief them on their product. They did look up the plan and said I had to call Customer Service. I went over and sat down in the corner of the store and called Customer Service and waited the requisite ten minutes before talking to someone who also didn't know their products but eventually said he could give me a direct number for the Connected Car department but he couldn't transfer me.

The call to the "direct line" also resulted in wait time before being informed that the number connected to the "On Star" department. Since the truck has a ram symbol on the hood, GM's On Star wasn't going to do me any good.

At that point I drove to AT&T corporate store number two. They too couldn't  do anything with or about the Mobley but they did look up the plan and gave me the corporate product code for the new plan that I wanted. With that info in hand it was back to the computer where I started an order for the Mobley AND a chat session to try to get it sorted out.

The first chat agent tried to get me to buy a different plan that would have cost seven times as much, in spite of having provided her with the corporate SKU code for the plan I wanted. She transferred me to another agent who never showed up. One hour of chat time down, one reading comprehension challenged agent and one non-existent agent later I cancelled the session and started over.

The second session started with a very helpful person who said I would need to order the device and the limited data option that they offer on line and then she would transfer me to a different department to get the wrong plan switched. One hour into the second session I started putting current time notes in the conversation since I'd learned that the transcript didn't include times. Seventy five minutes after the fifth agent said it would be just a couple minutes, I have a Mobley on order without ANY data plan. When the hardware shows up I'll start jumping through hoops again.

I continue to be amazed that outfits can stay in business providing that sort of service, but maybe the four hours and 50 minutes invested so far will be worth it - we'll just have to wait and see.
Posted by Just Finding Our Way at 4:02 PM 3 comments: