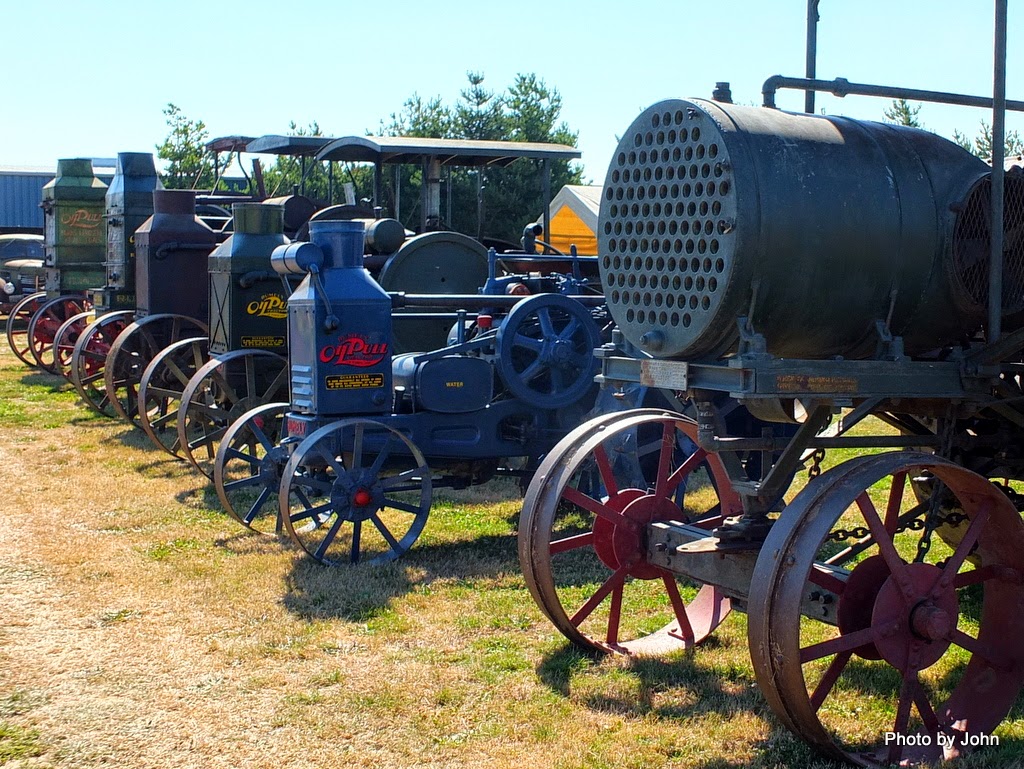 There was a whole line-up of Rumley Oil-Pull tractors at the Great Oregon Steam-up but this is the only picture I have. I took two camera batteries but 600+ pictures later, the batteries were dead before the Oil-Pull tractors came through the parade. 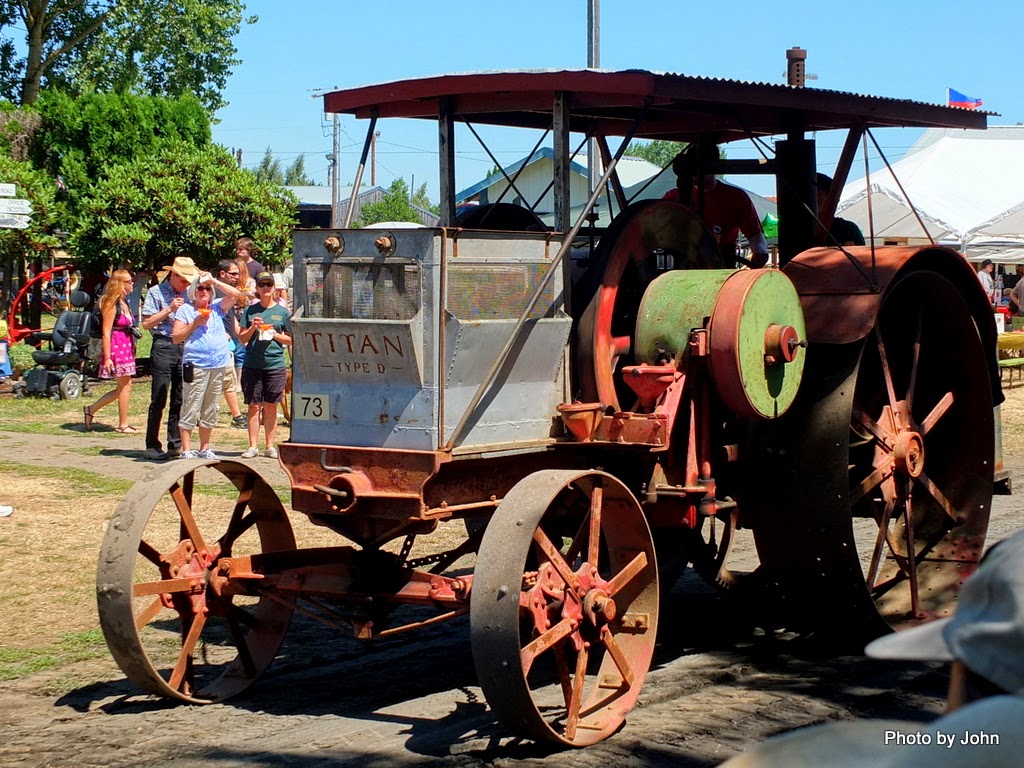 The Titan tractors were out in force as well. 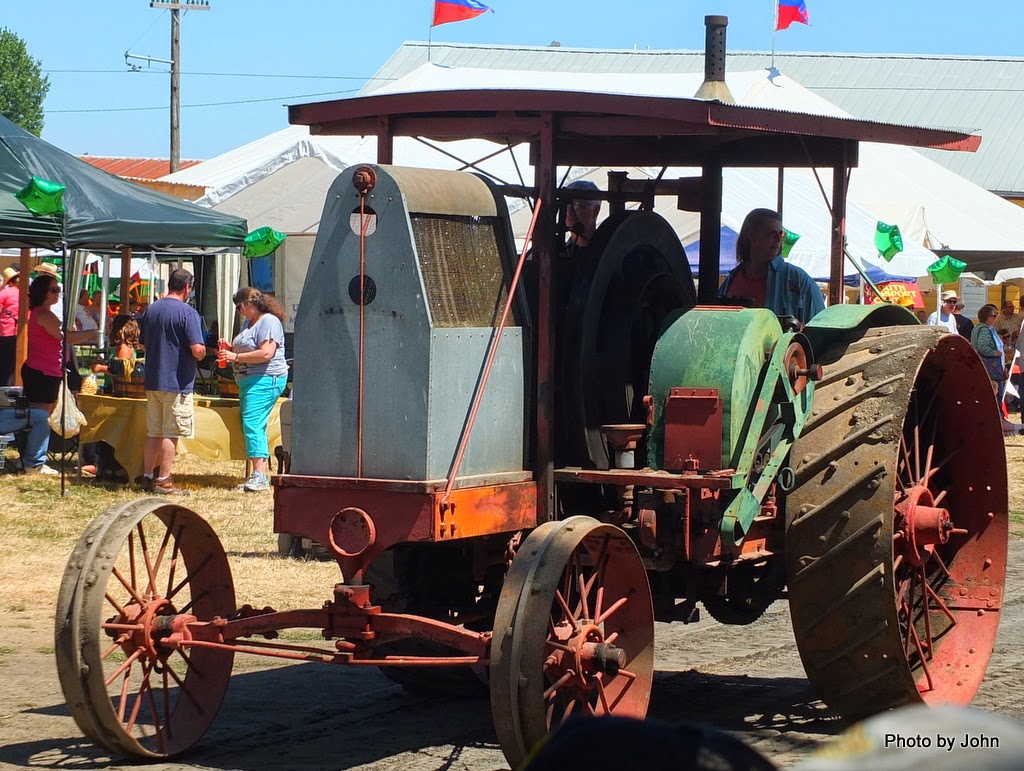 It was fun to note the different designs of the simple Titan radiators, the water flowing over hardware cloth to provide engine cooling. 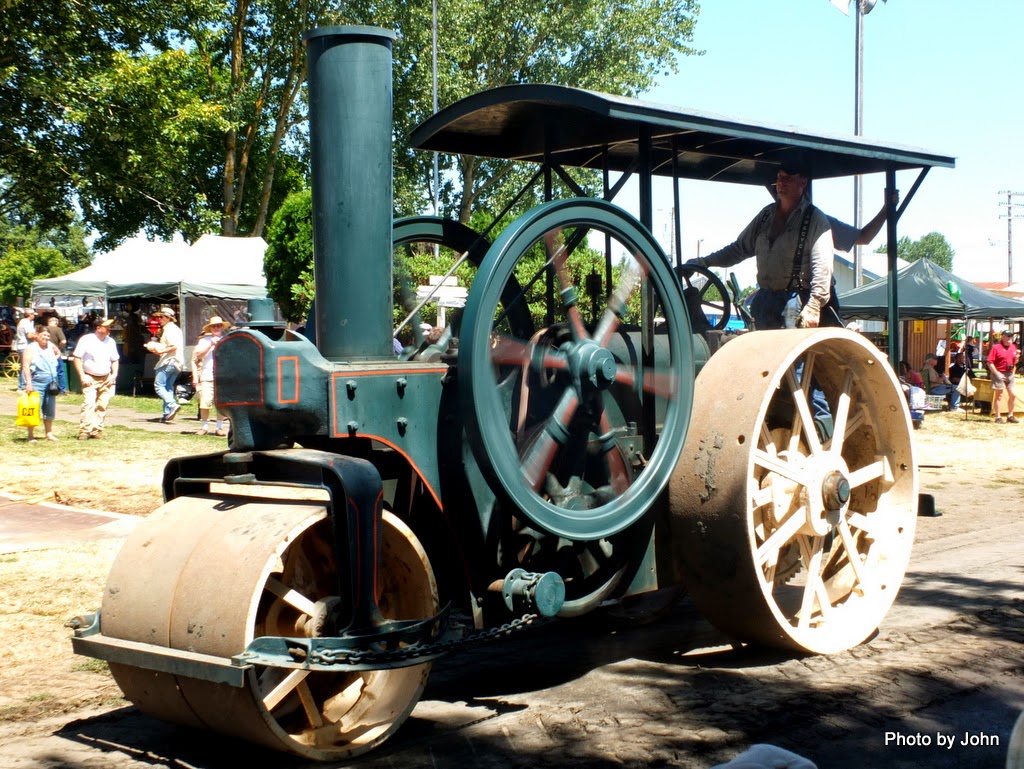 It looks like a steam-roller but used an ignition engine. If I recall the comments, they don't have any idea who the manufacturer was. 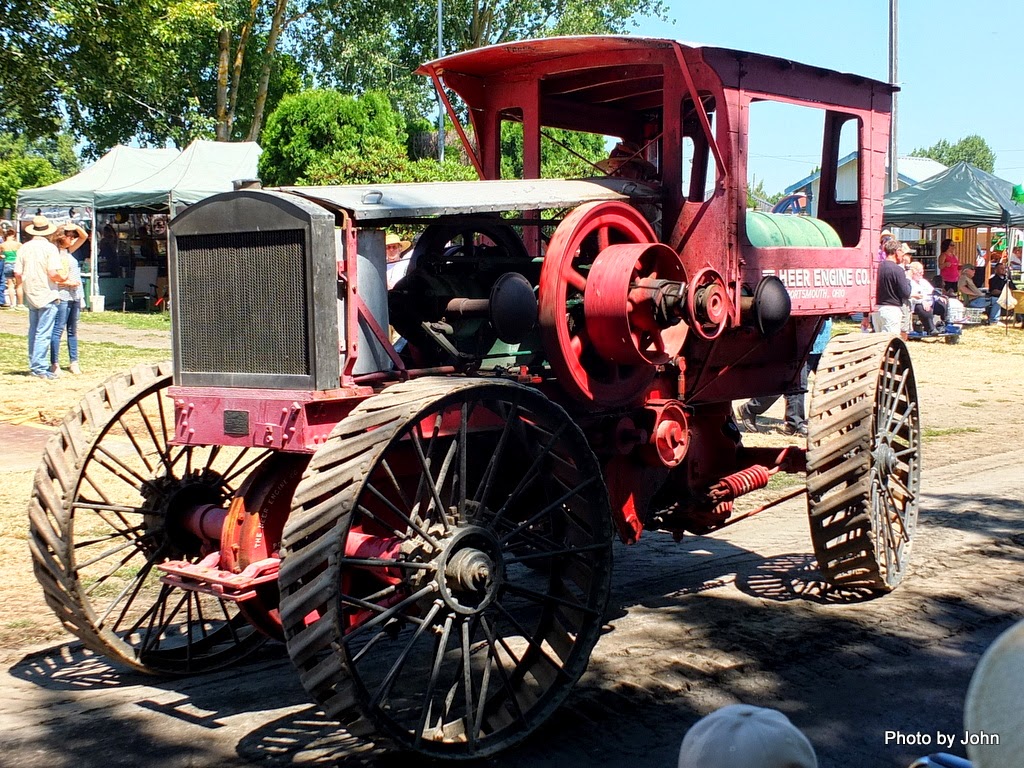 This Heer is very rare and very advanced for the day. It had four wheel drive and four wheel steering. 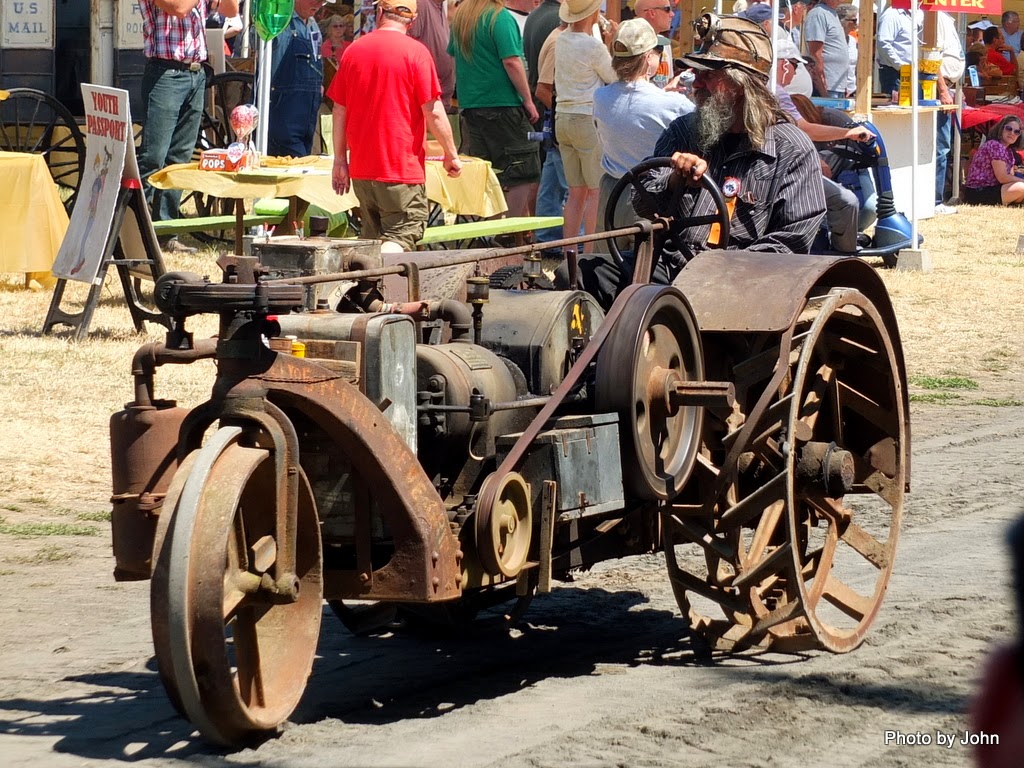 I don't recall the manufacturer of this tractor and didn't notice it on the grounds until it came through the parade. The most interesting part of this entry 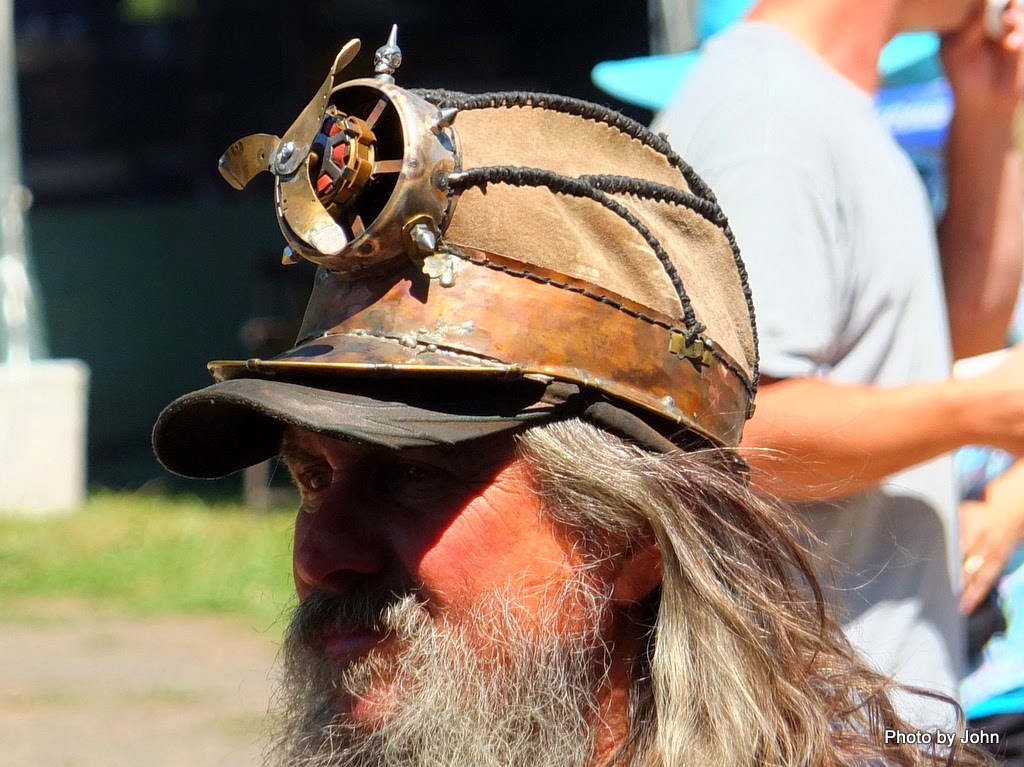 was the artistic hat the driver was wearing! 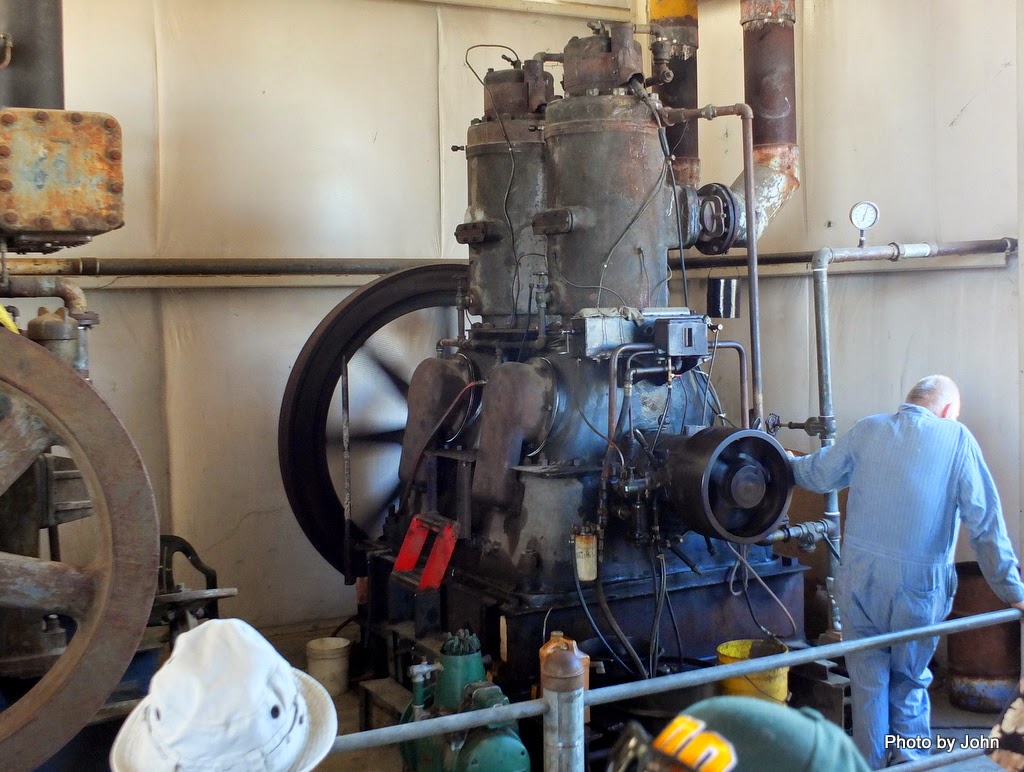 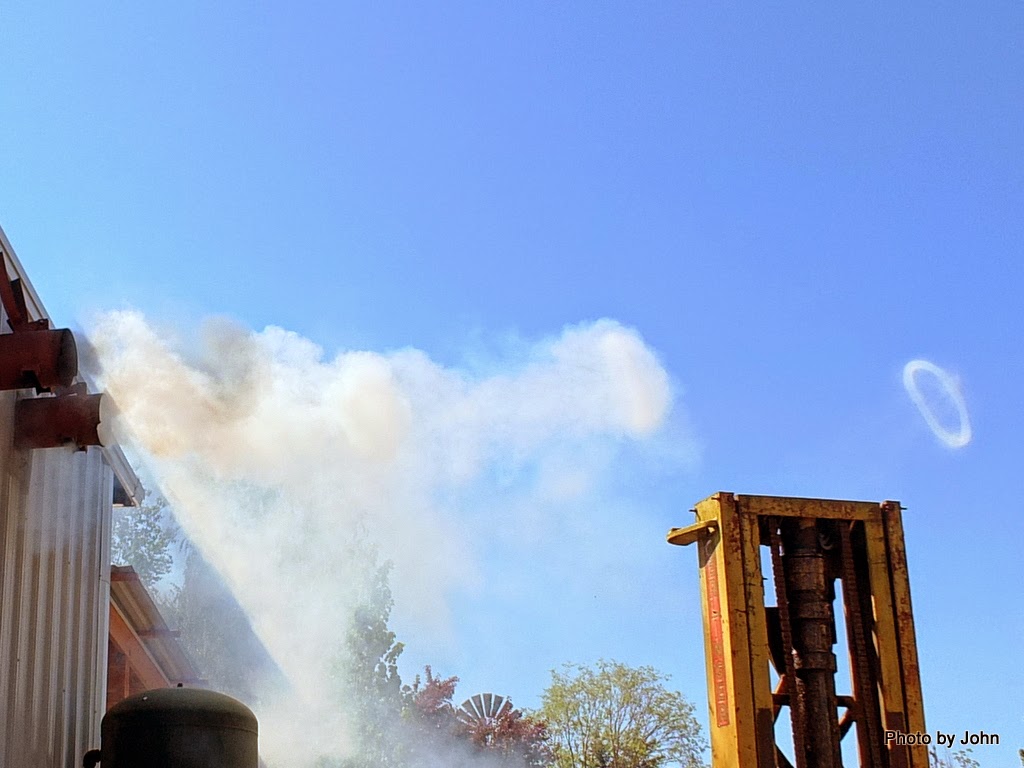 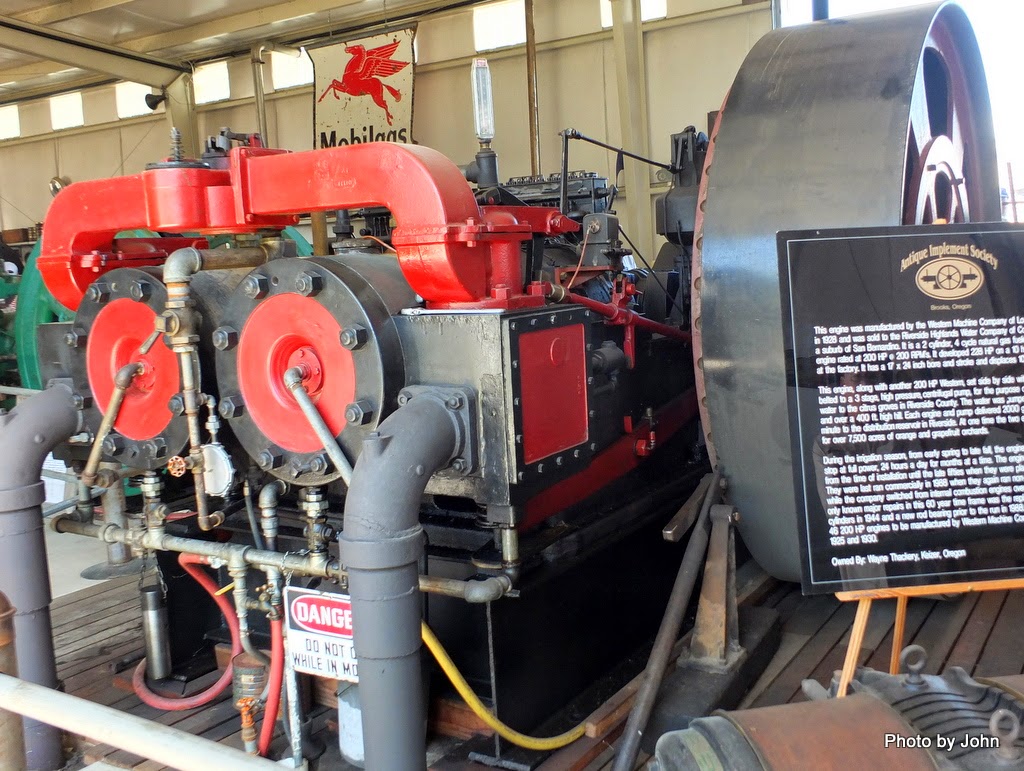 This engine wasn't running at the show but had a very interesting history. This 200 hp. engine (and its twin) powered water pumps for irrigation in Riverside, California from 1928 to the late 1950's. It would run at full power for 24 hours a day for months at a time. The only known heavy maintenance in that period was the change of one cylinder in 1944. 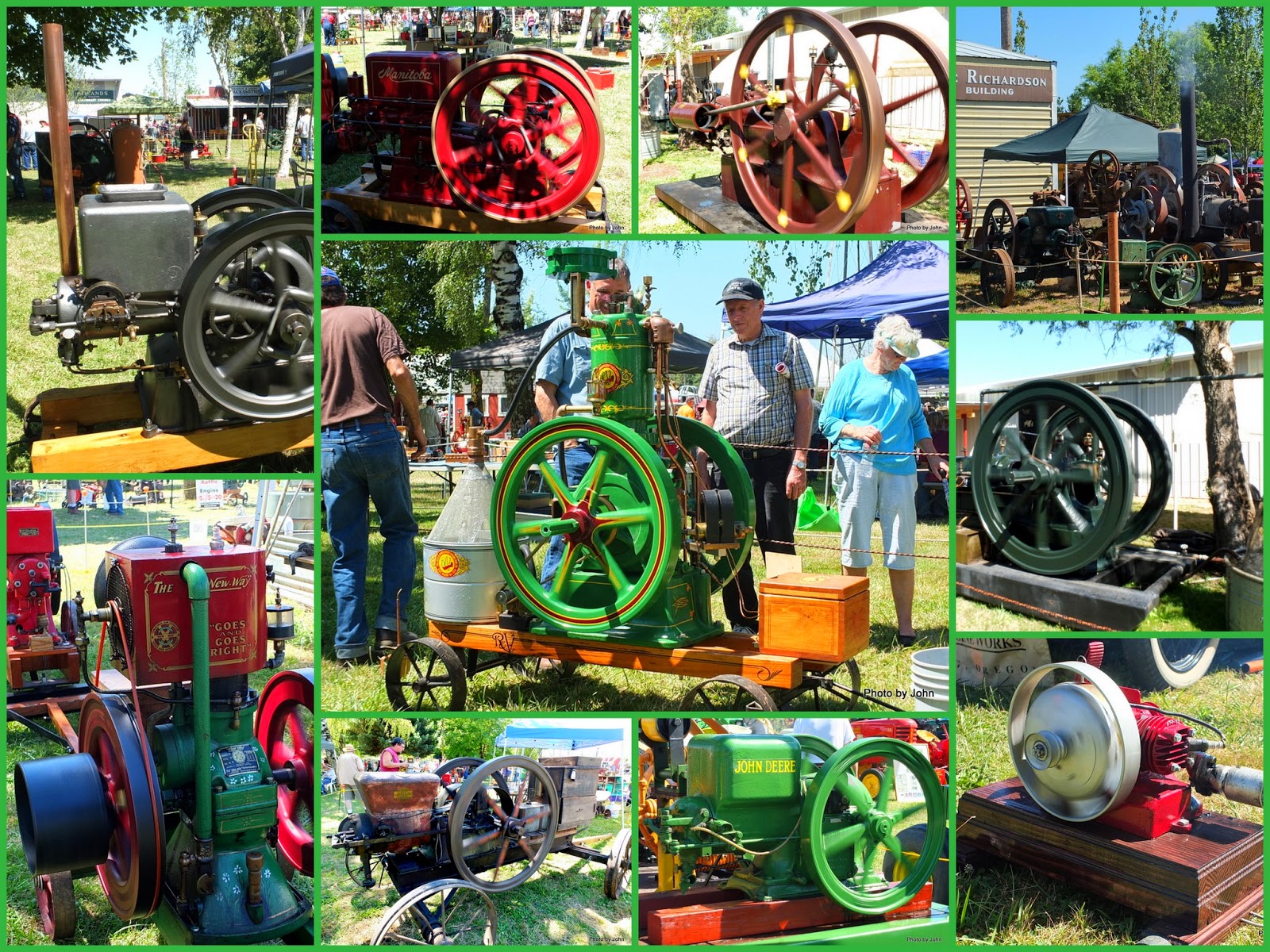 Smaller stationary engines were there by the hundreds. Some restored, others looking quite used.

As usual, you can double click on any of the photos for a larger version.