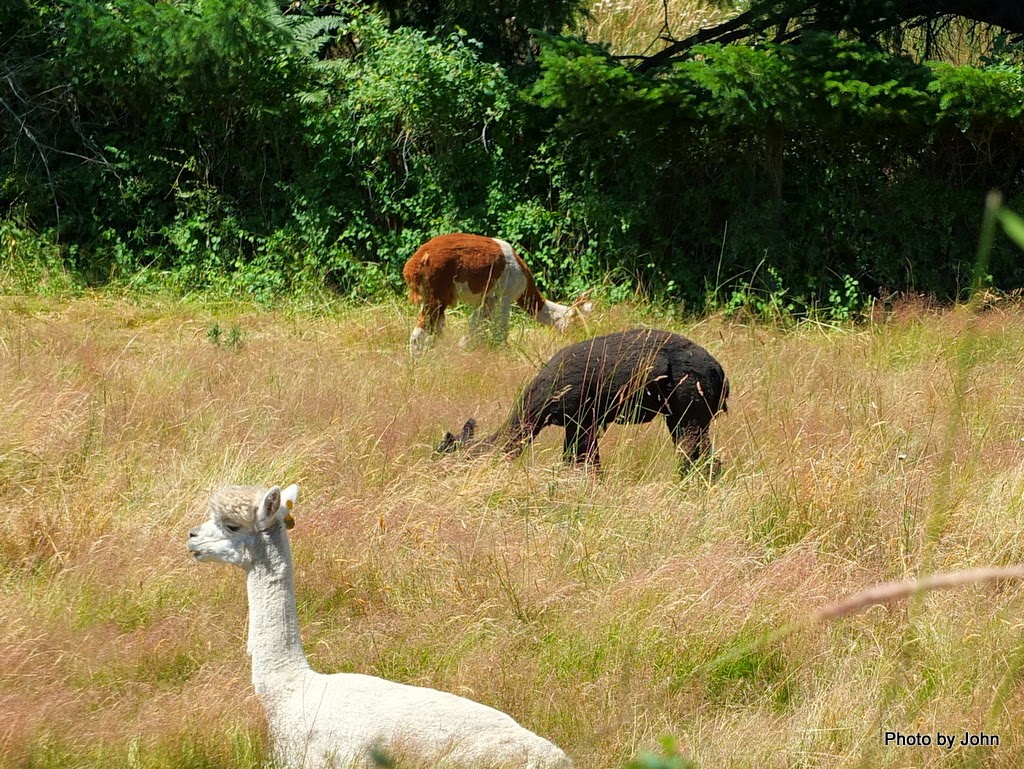 While I was checking to see which Internet sources might list any of the Capitol Forest campgrounds, I ran across the Tenino City Park in USCAmpgrounds.info. A review of the Tenino town website (which doesn't seem to be current) confirmed the park existed but did provide any specifics. After our paddle on the Black River, we headed to Tenino, passing a large herd of alpaca along the way. 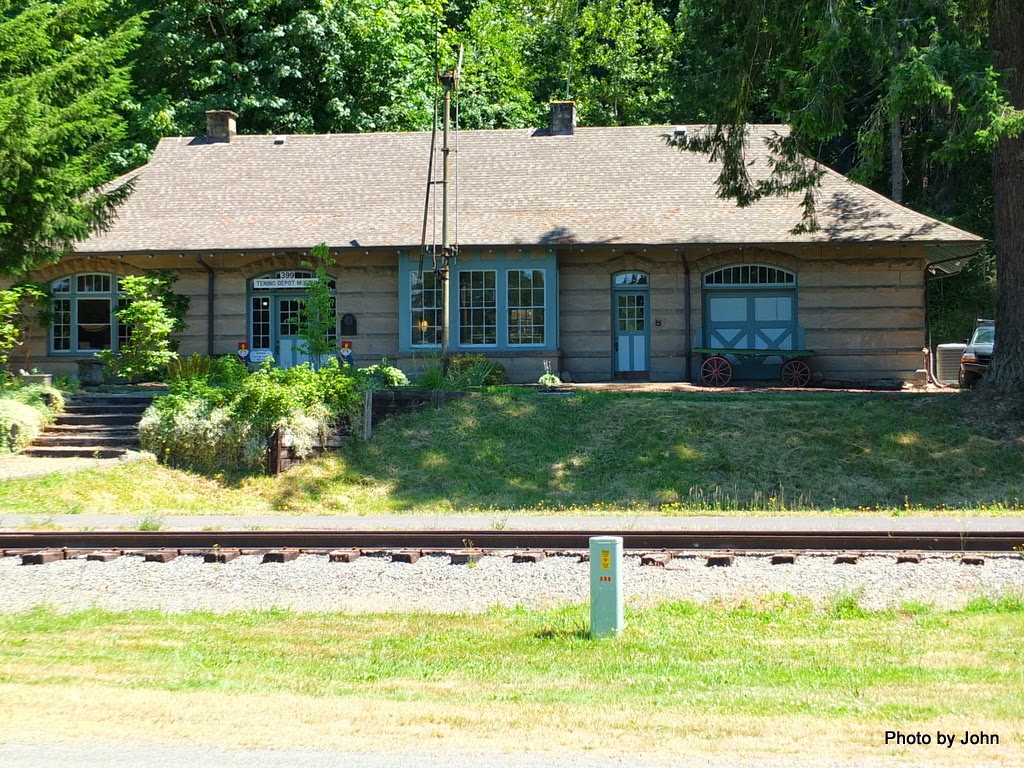 The city park wasn't well signed from the main road, but there was a sandwich board noting that the city pool was open so we knew we were in the right area. The pool is in an abandoned stone quarry, just east of the train station / museum which is at the west end of the park. 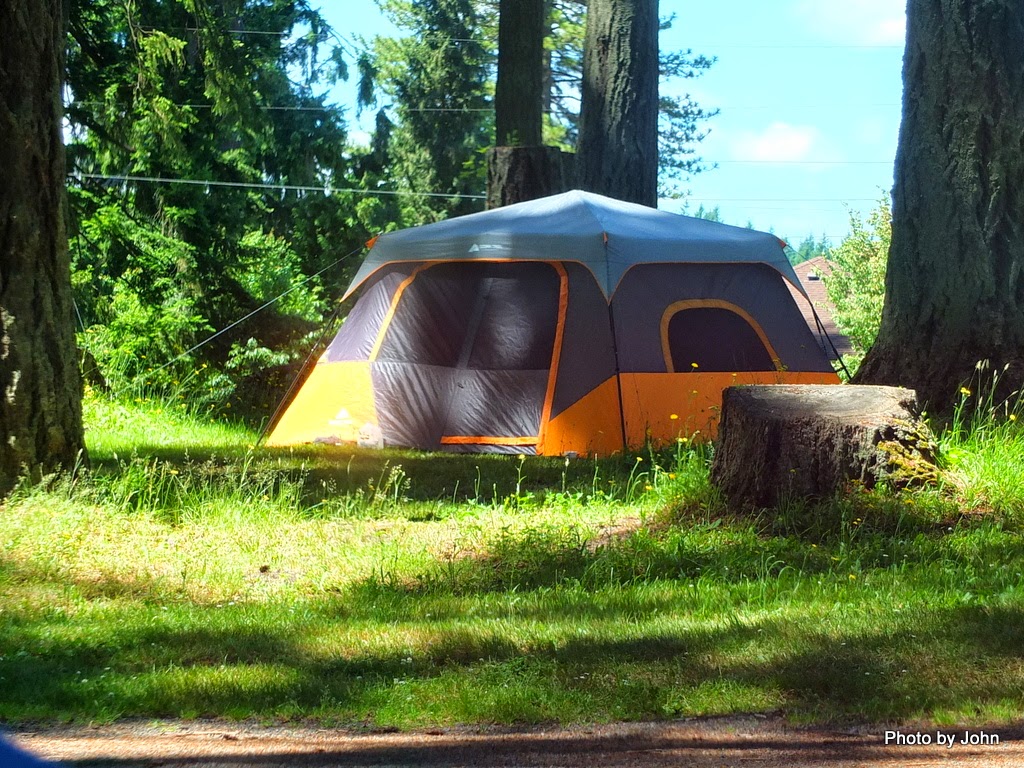 The camping area is at the east end of the park. Selecting the location link at the end of this post should give a pretty good indication of the camping location. When we were there, there were two tents set up on the lawn under the trees. 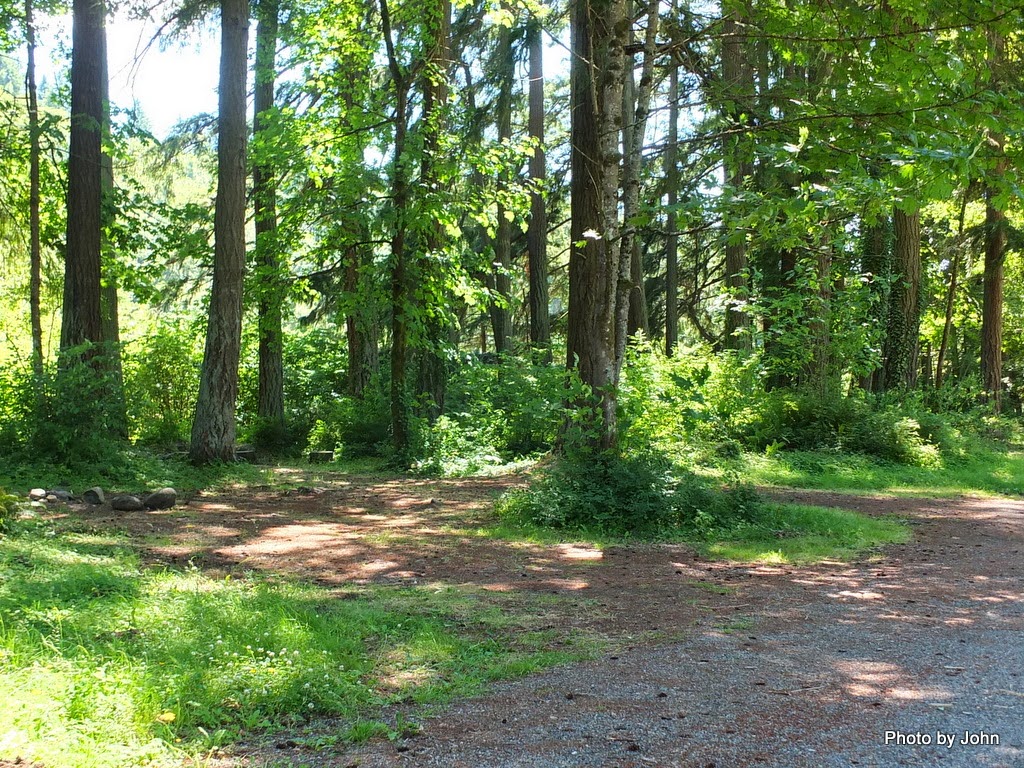 There are some (may a half dozen) 25 - 30 ft spots along a driveway between two signs that either mean no camping or no tenting - I took it to mean no tenting since the spots had obviously been used recently. 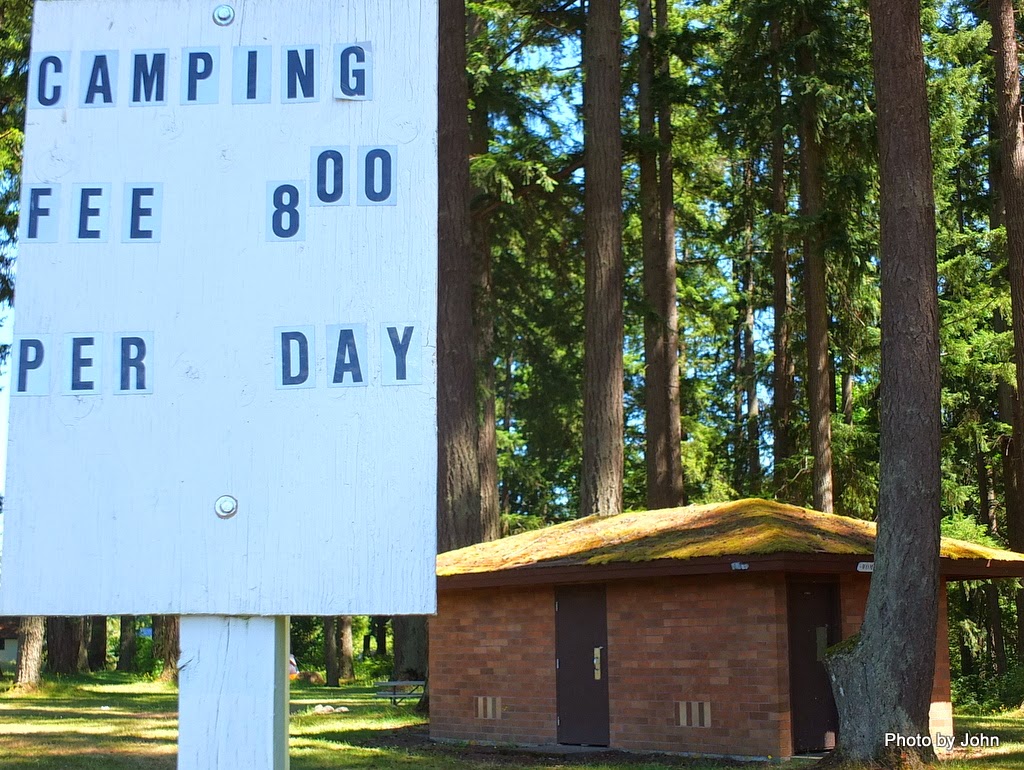 The town hasn't spent a lot on signage. There is a box of envelopes on the post below the sign and an iron ranger for your payments nearby. The restrooms were unlocked when we were there but I suspect they are locked at night.

I didn't think to check, but I would expect to find good Verizon coverage in the area. The town looks like it could be interesting to wander around, and the park location makes the town easily walkable. Having said that, there are Walmarts in Chehalis and Tumwater if all you need is a spot to park overnight.
Posted by Just Finding Our Way at 3:30 PM