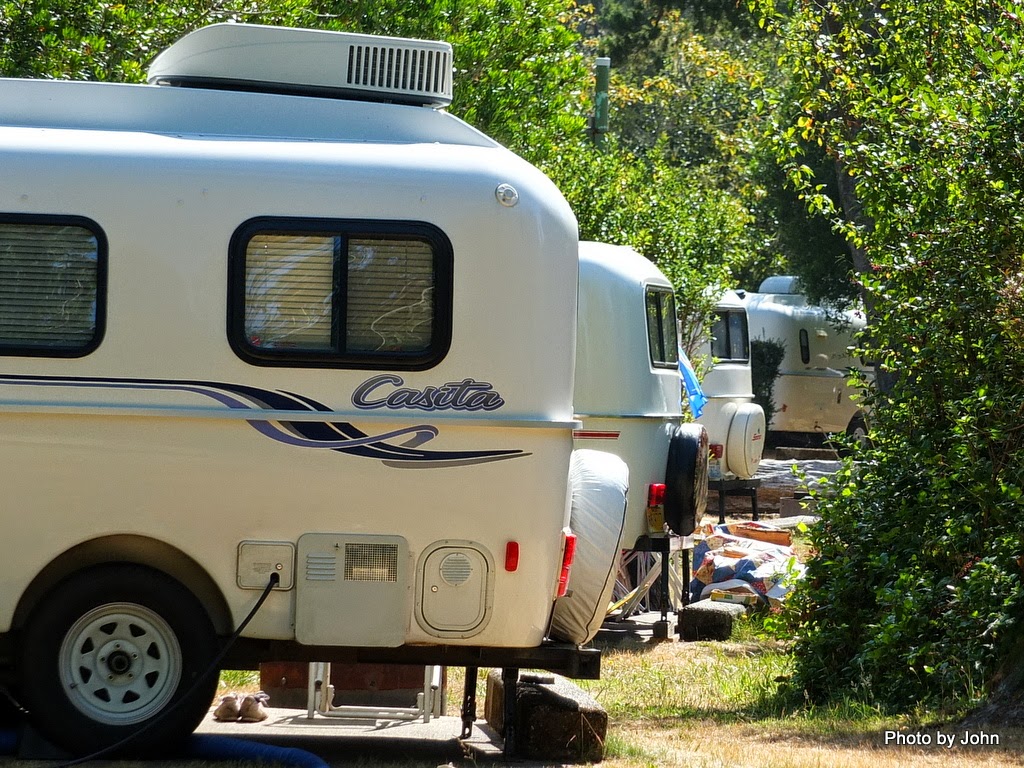 There were 95 spots reserved in the park for Oregon Gathering participants but given the separation between most sites, it's been tough to find a classic line-up picture. Casita models slightly outnumber the Escapes but it is very clear that we're in Escape's neck of the woods with over twenty attending. 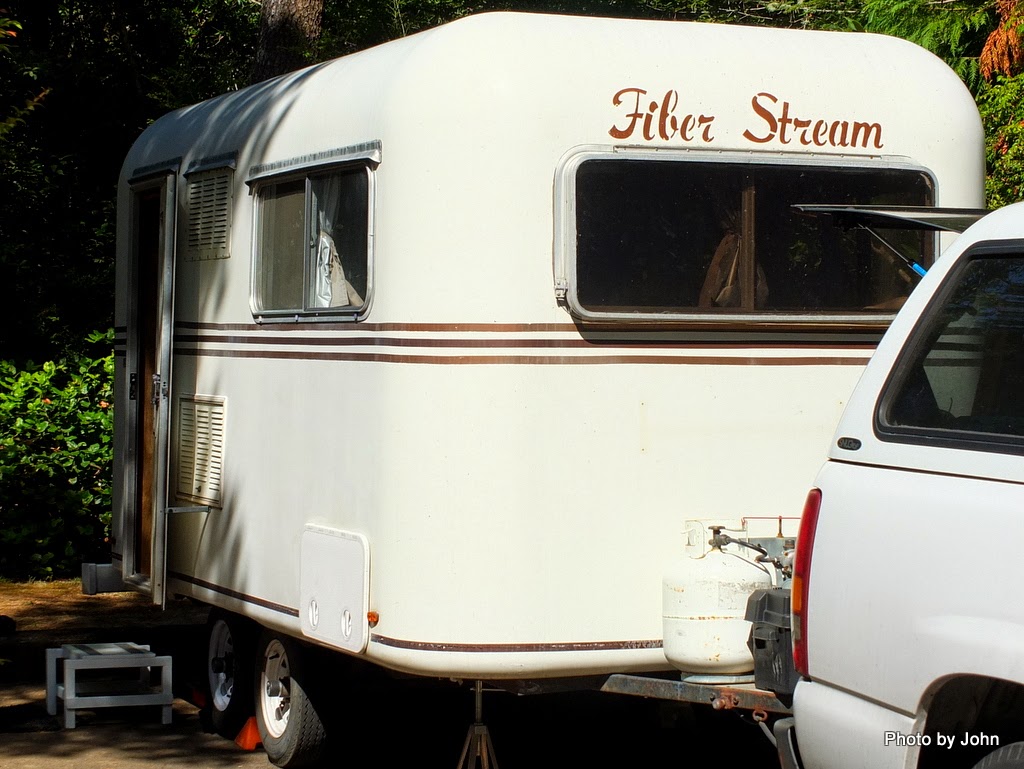 We wandered around the park yesterday thinking I'd toss in some pictures of some of the rarer models. There is one Fiber Stream on site. 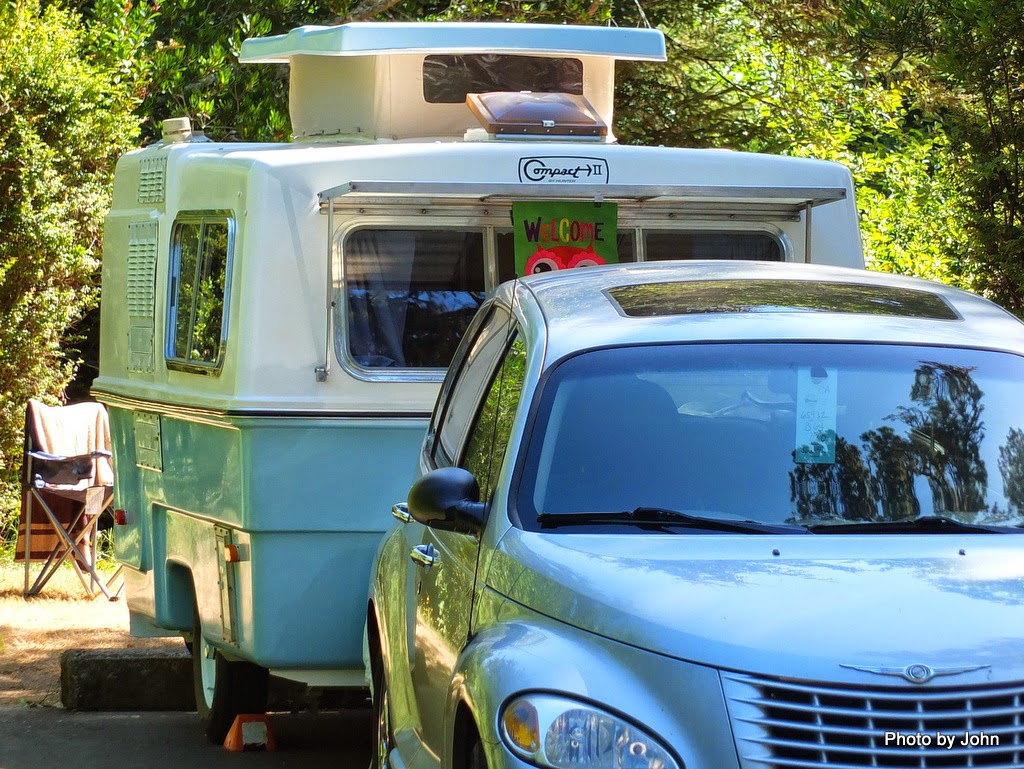 One or two Compact II as well as a couple similar Hunters. 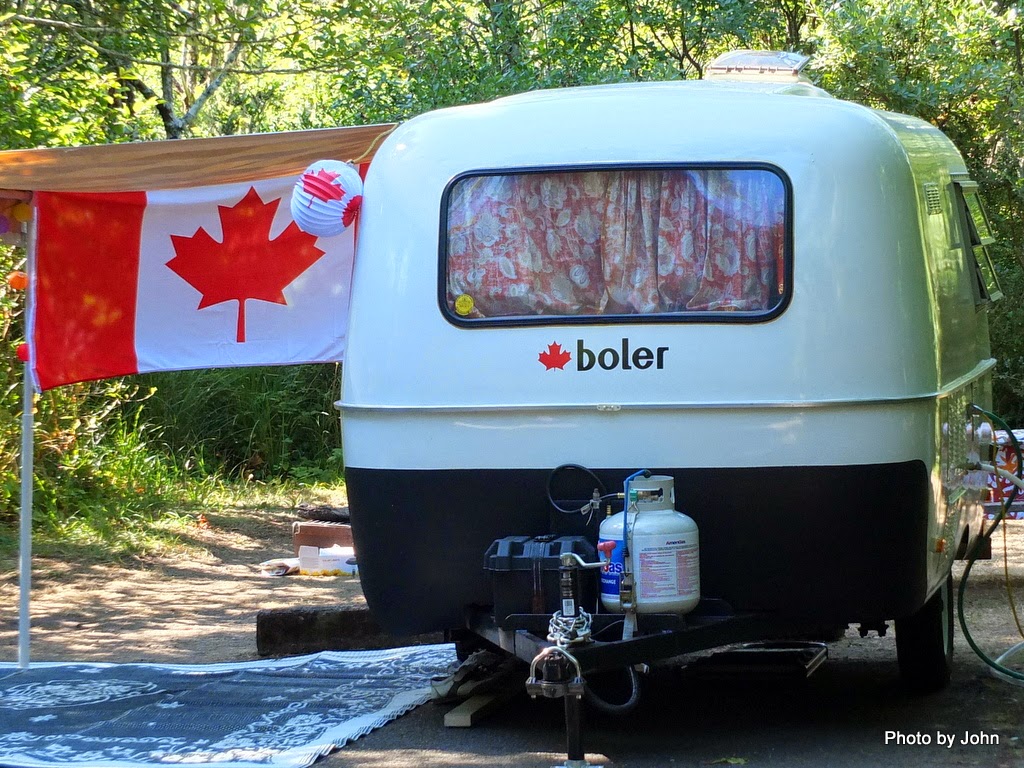 Two or three Bolers including this beautiful example and Ian Giles' rig with a whole new custom interior. 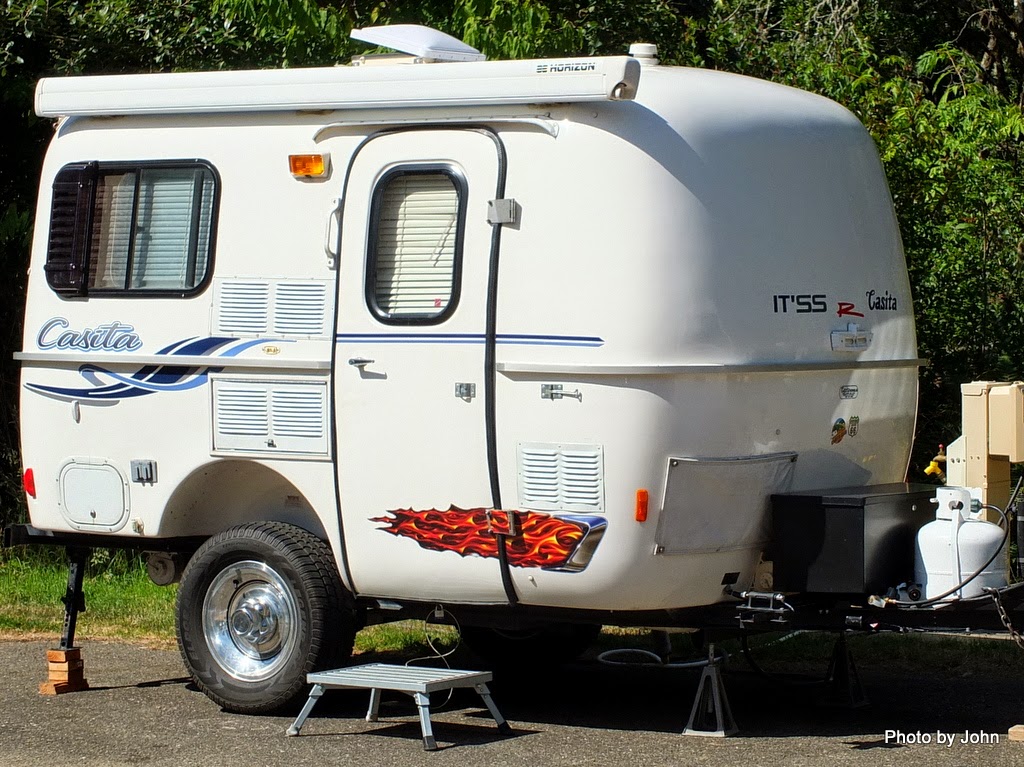 There was a hotrod 13' Casita from California that looked like it should have Beach Boys music emanating from the rig. 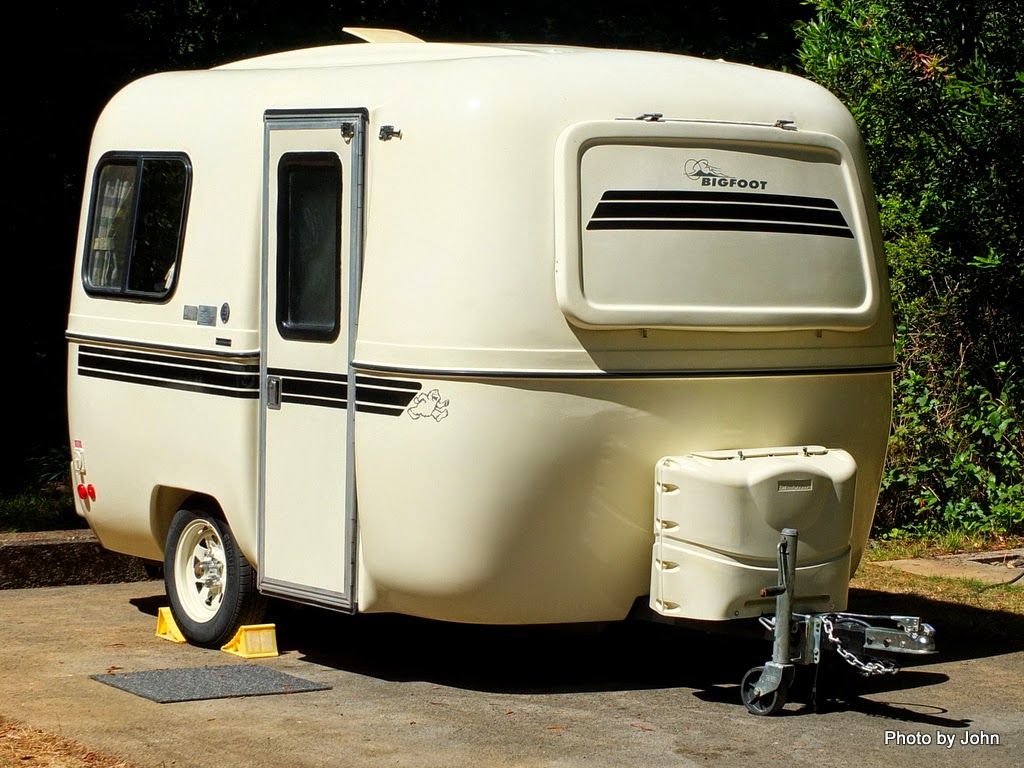 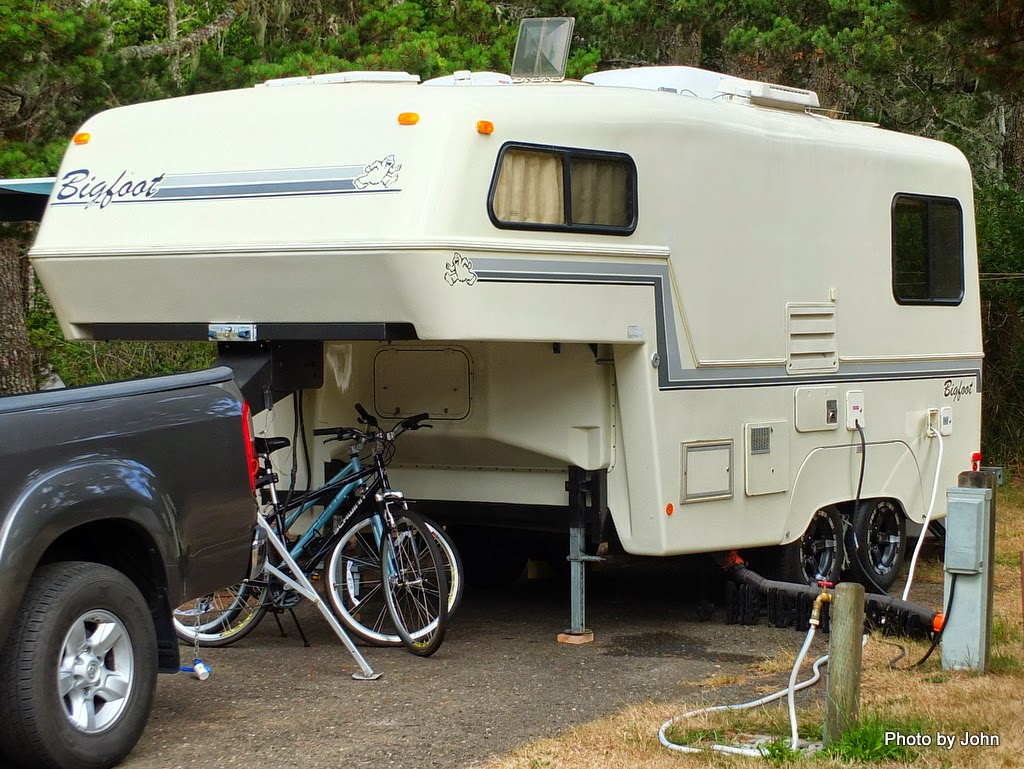 a 20 ft. tandem axle fifth wheel BigFoot, (there are at least 10 fifth wheels here when you include BigFoot, Escape, and Scamp) 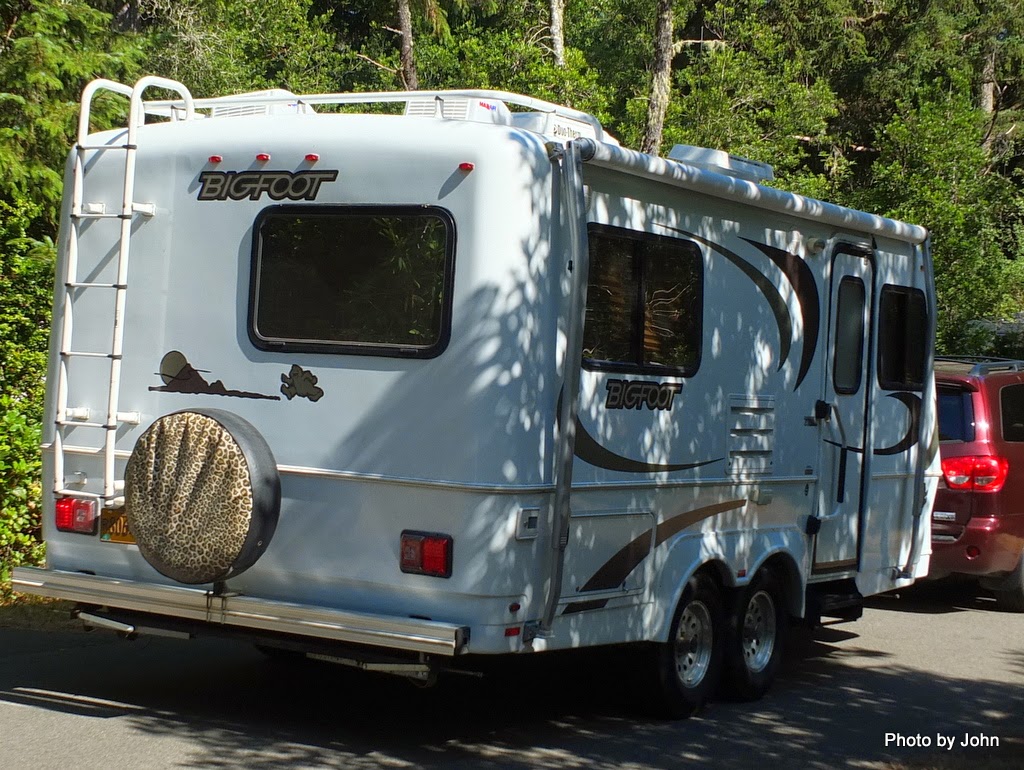 and several other bigger BigFoot (BigFeet??) in attendance. 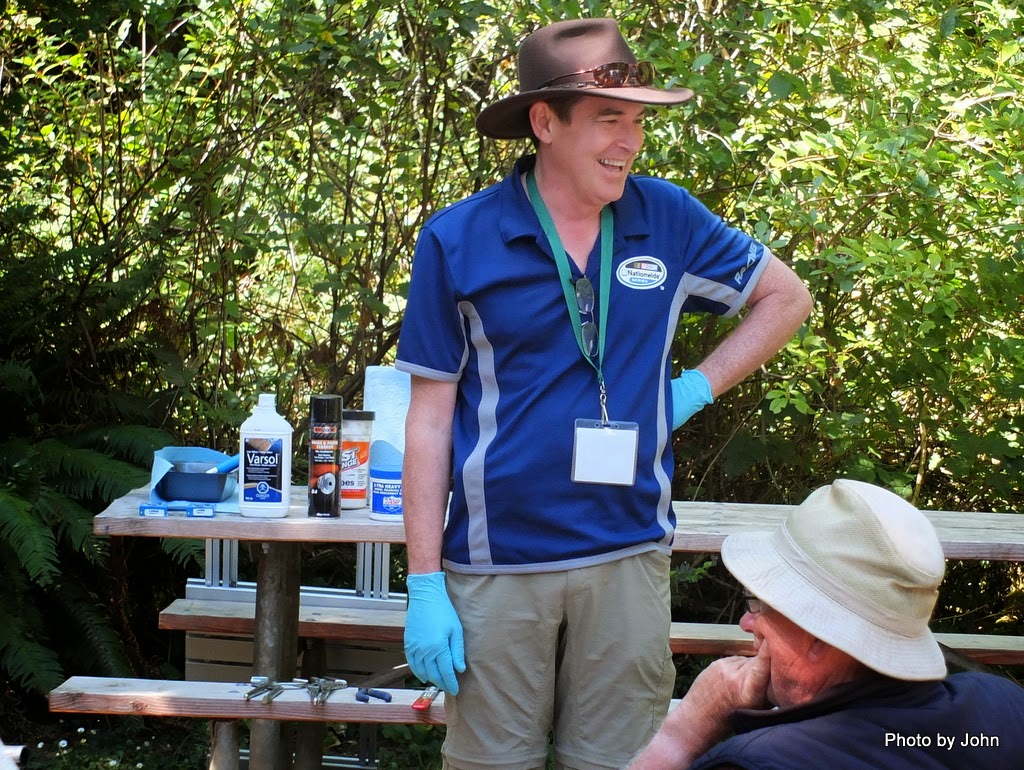 There were several workshops scheduled throughout the day on Friday. Ian Giles from Calgary did a workshop on packing wheel bearings and another on inspecting electric brakes. 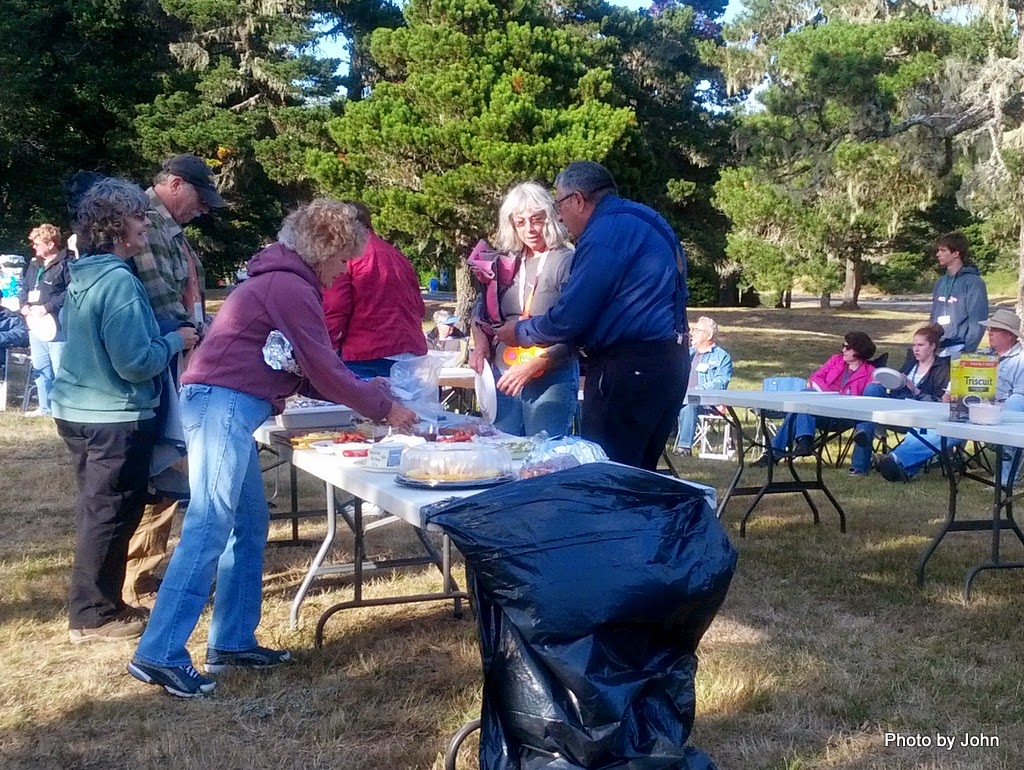 The tables were loaded with food for the appetizer potluck 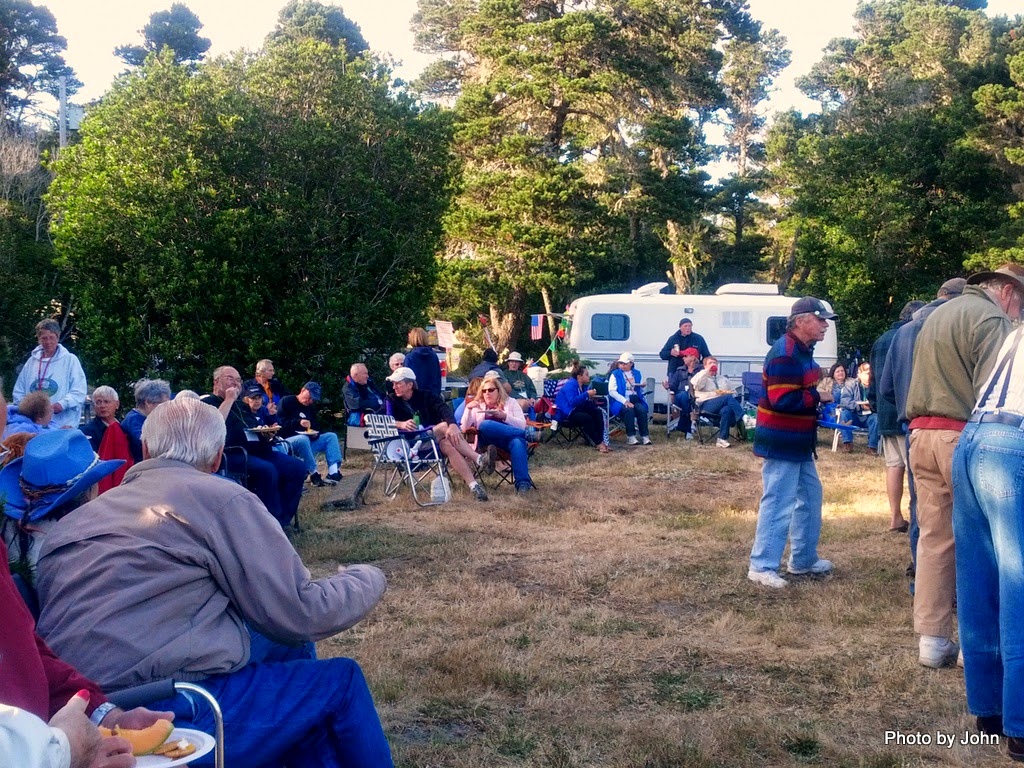 as people renewed acquaintances and everyone did introductions. New York, North Carolina, and Louisiana were represented as well as many of the western states and provinces.

Saturday will be trailer tours and dinner potluck but you'll have to wait until Sunday for those pictures.
Posted by Just Finding Our Way at 3:30 PM