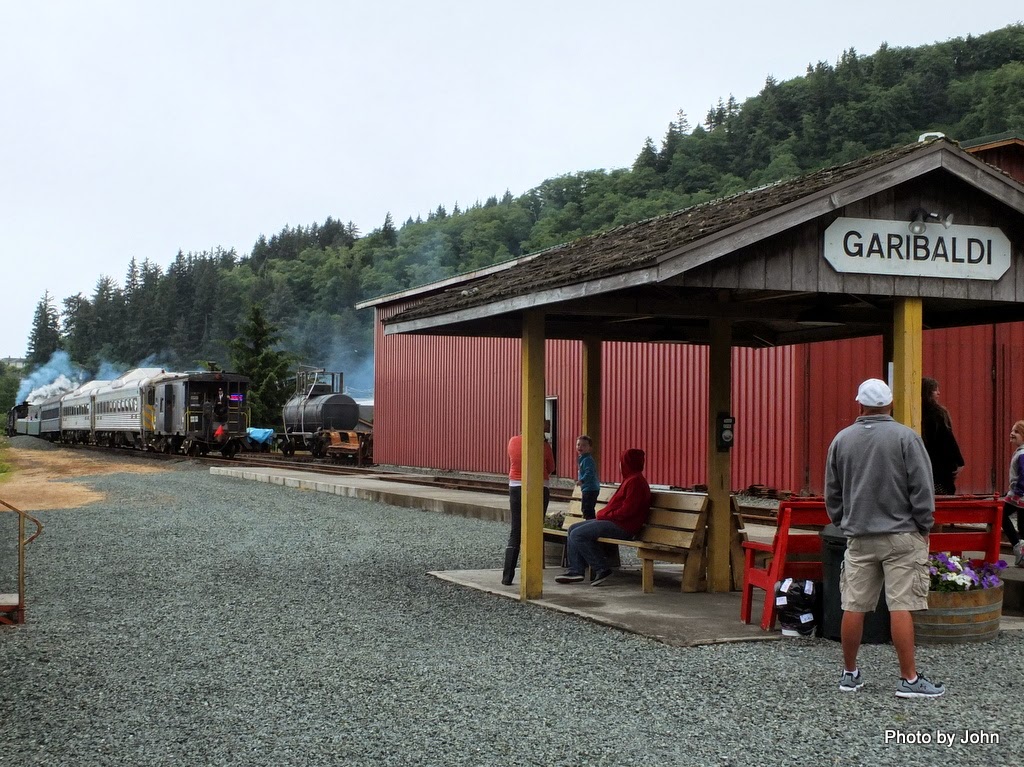 As we were rolling south towards Tillamook the other day, I noticed some steam engines in Garibaldi. A return trip to the small town near the mouth of Tillamook Bay was a chance to see the Oregon Coast Scenic Railroad in action. 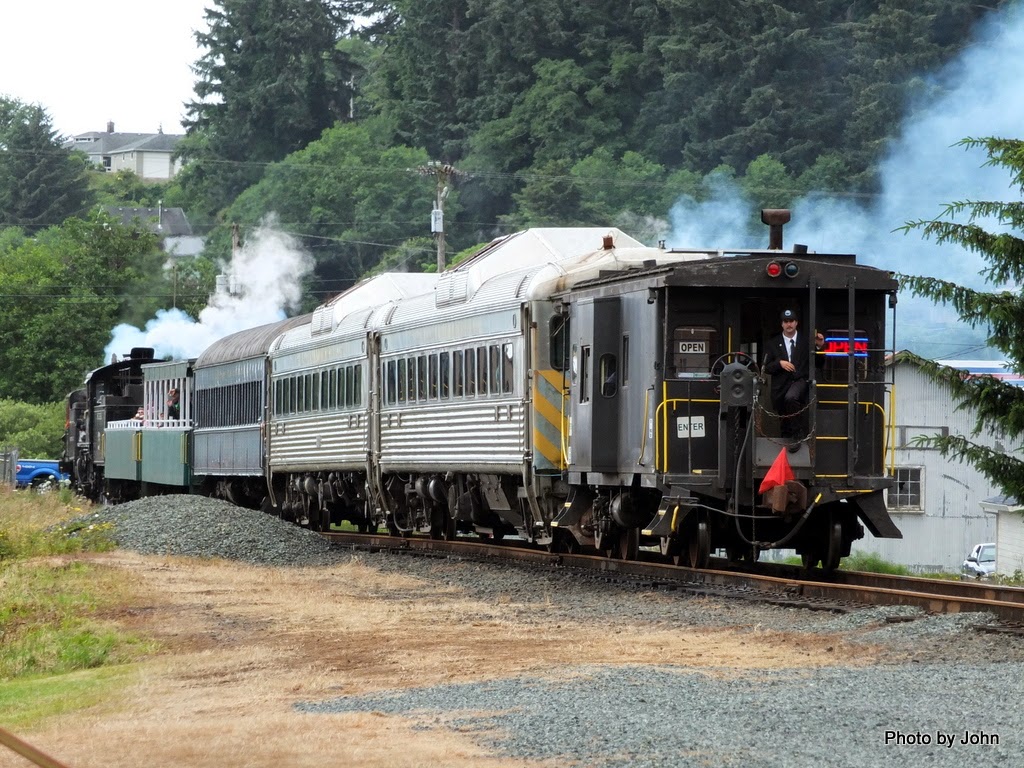 The train runs three times daily during the summer between Garibaldi and Rockaway Beach. In addition, they have lots of other special excursions on other parts of their line. 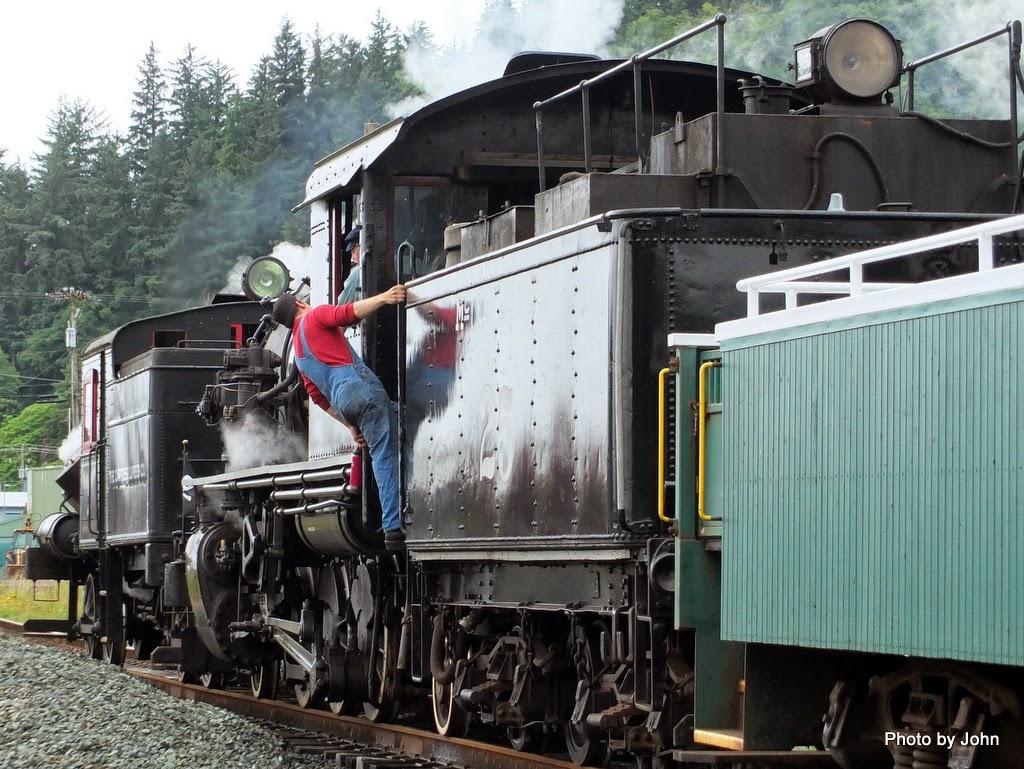 I was surprised to see they were running an unusual combination of steam locomotives on the train on Saturday. Don't know if it was their normal setup or if it was special for Rockaway Beach's Pirate Days weekend. 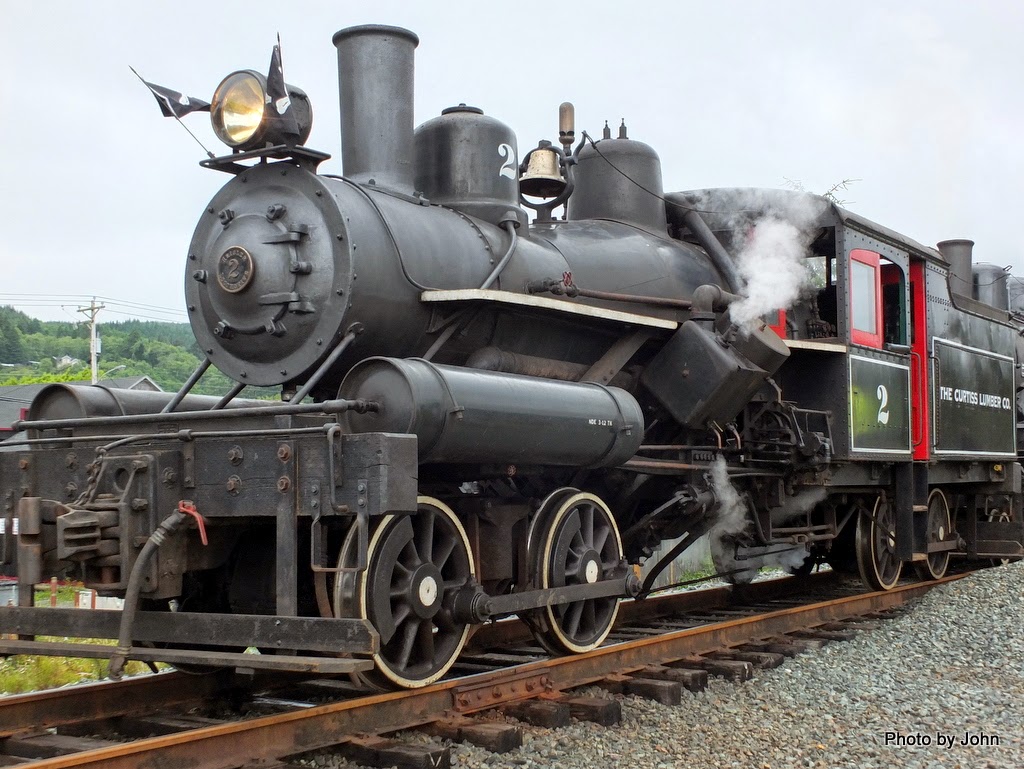 Leading the consist was Curtiss Lumber Company's 60 ton Heisler. This standard gauge, geared locomotive was built in 1910 and worked the lumber industry in Mill City east of Salem, Oregon. 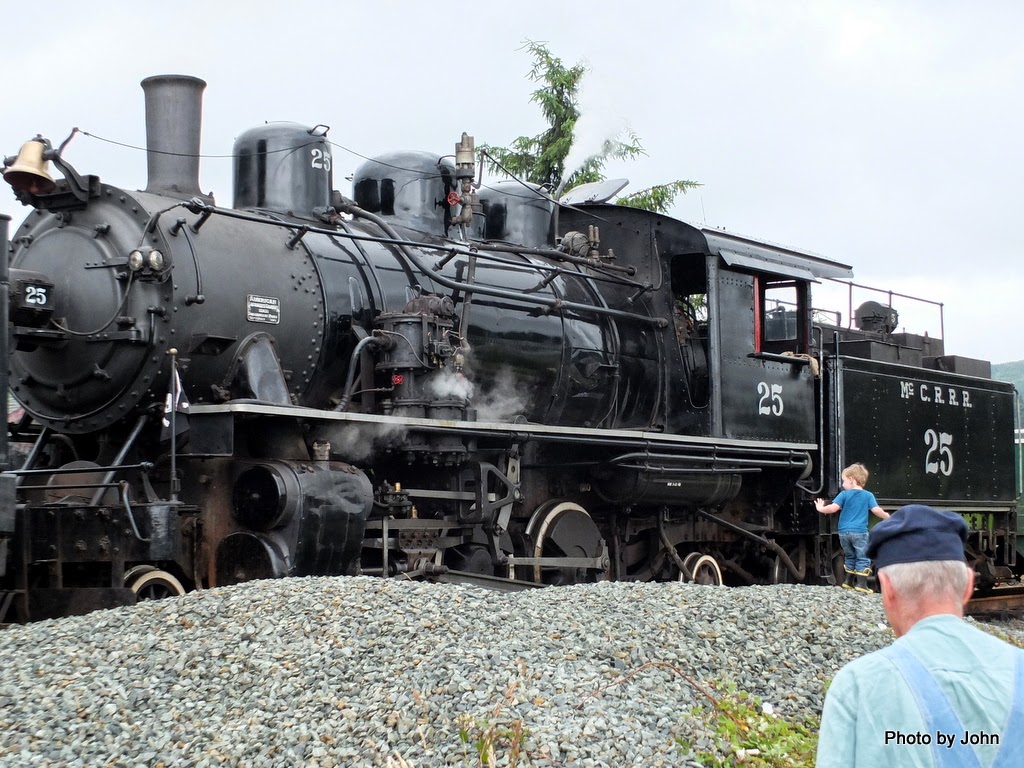 Serving as the second engine was McCloud River Railroad's (California) Number 25. This ALCO 2-6-2 was built in 1925 and survived the scrap heap fate of its sibling in 1955. It was purchased from McC.R.R.R. by Oregon Coast in 2011. 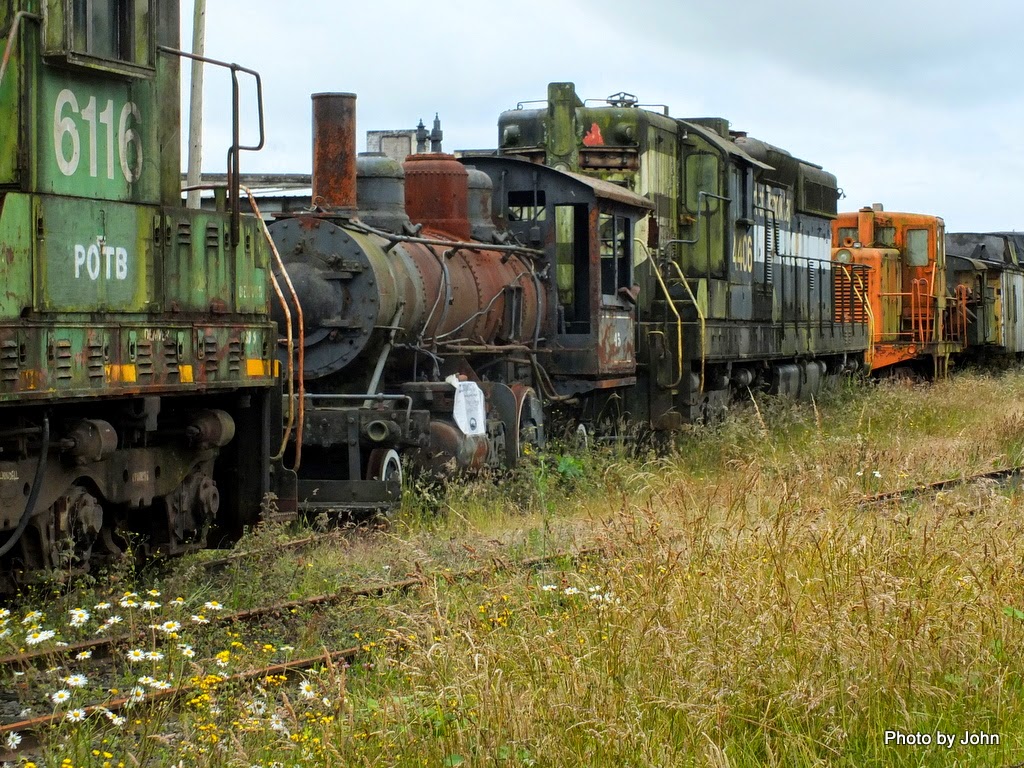 It turns out, some (perhaps all?) of the rusty iron on a siding near the Tillamook Air Museum is also part of the Oregon Coast Scenic Railroad collection. 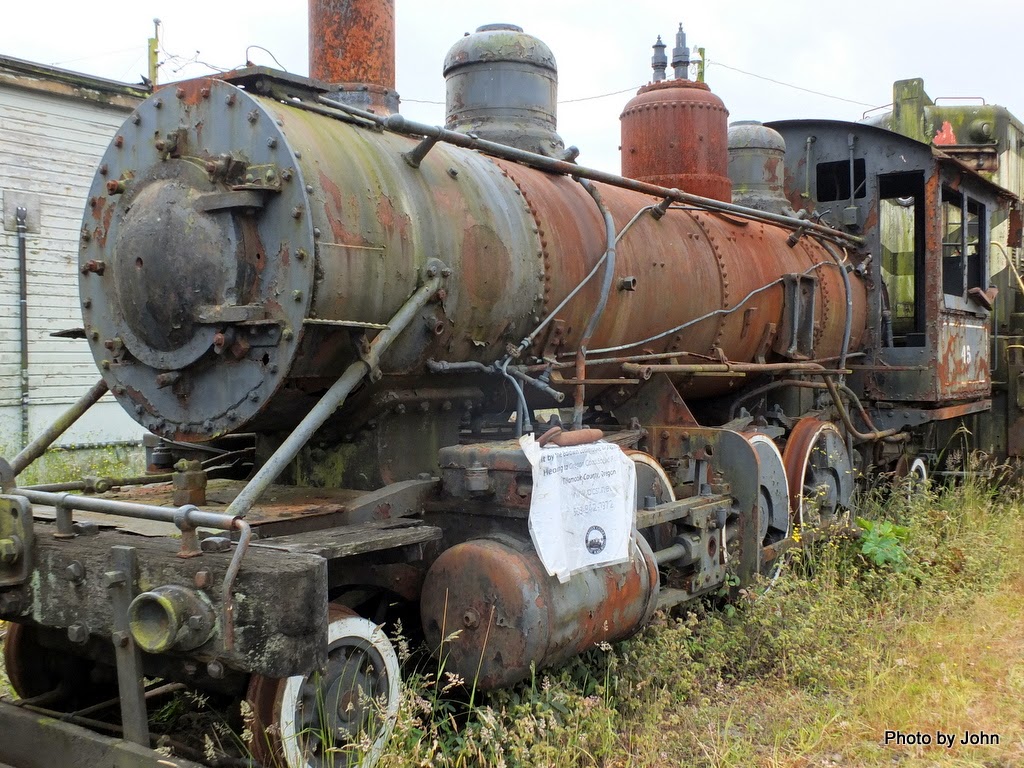 Sandwiched between a pair of diesels was a Baldwin 2-6-2 that was originally operated by Polson Brothers Logging in Hoquiam, Washington. It had been part of the Mt. Rainier Scenic Railroad collection. 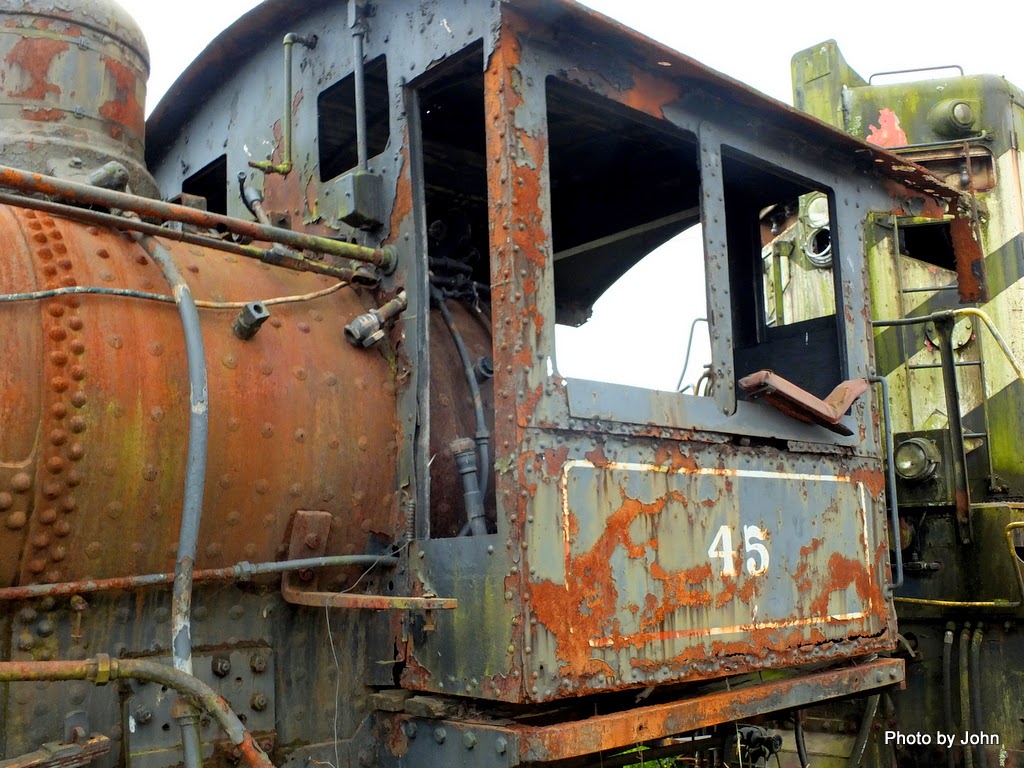 The engine shows lots of external rust and appears to need a total restoration. It isn't shown on the Oregon Scenic Railroad roster, but the sign hanging on the left piston says it is "headed" to them. 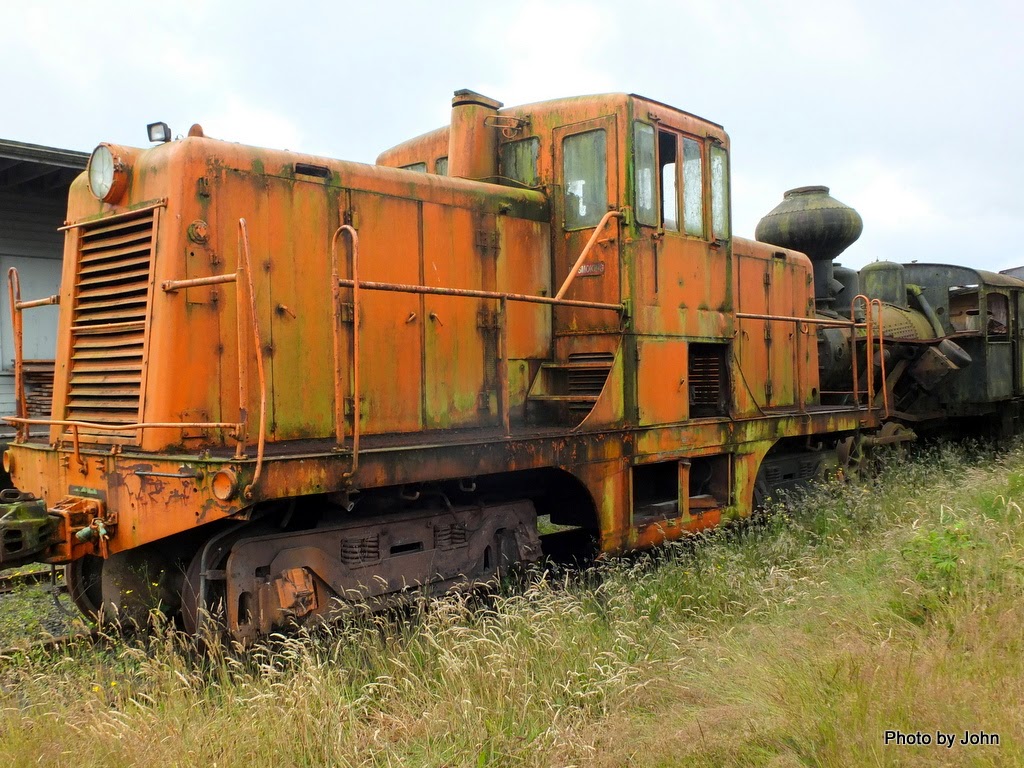 The 44 ton General Electric switcher bounced around various Oregon locations, most recently with Stimson Lumber before ending up here hiding the more interesting engine in the collection. 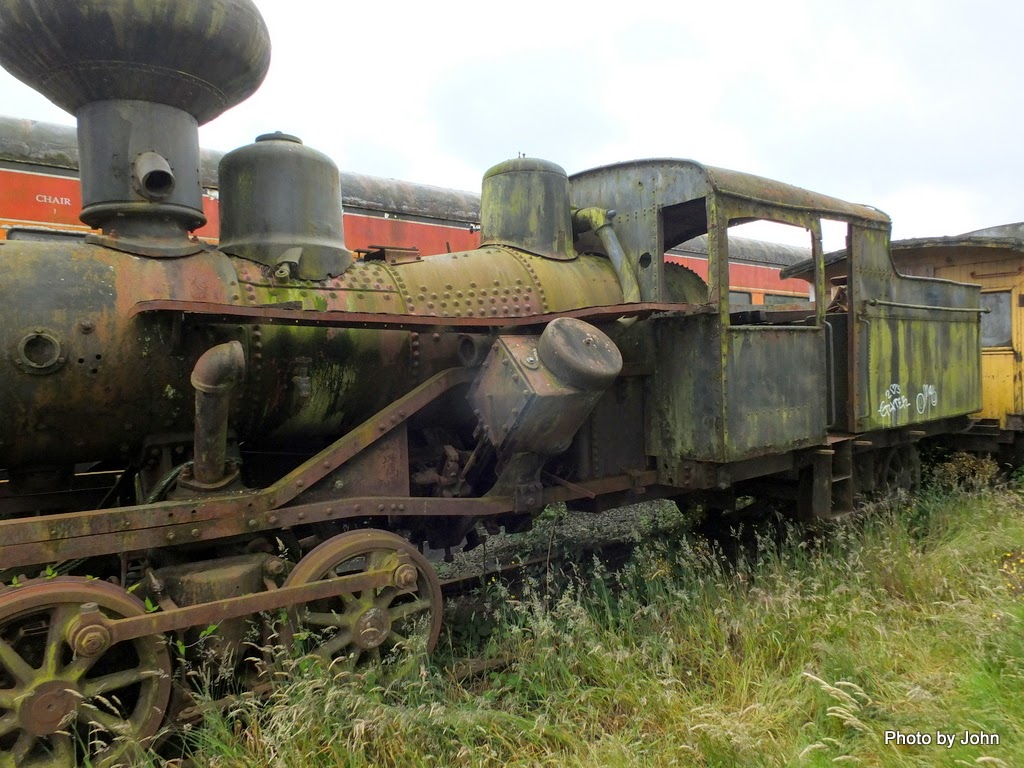 This 42 ton Heisler was built in 1909 for the E. C. Shevlin Timber Company in Kalama, Washington. It has the smaller drivers and a classic wood-burner stack. 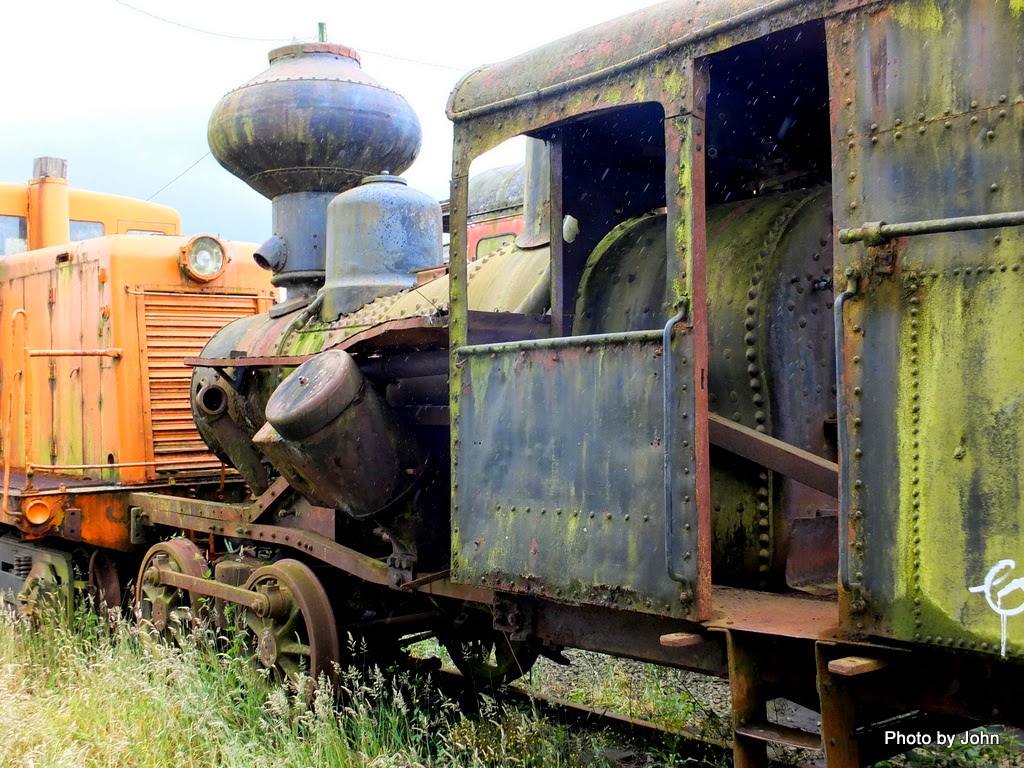 It's nice to see some of these classic lumber company engines being collected and restored. Turns out OSRR has a restoration shop in Chehalis, Washington. I may need to do some nosing around while we're in the Olympia area.