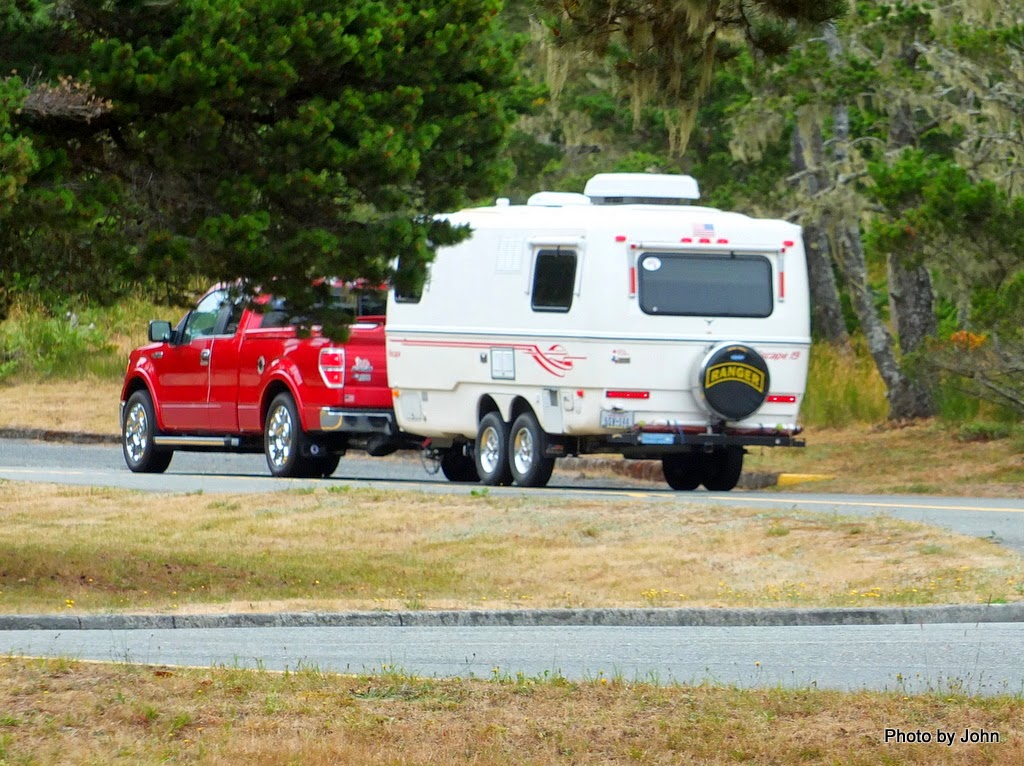 Some people started making their Escape on Sunday morning, headed towards home, 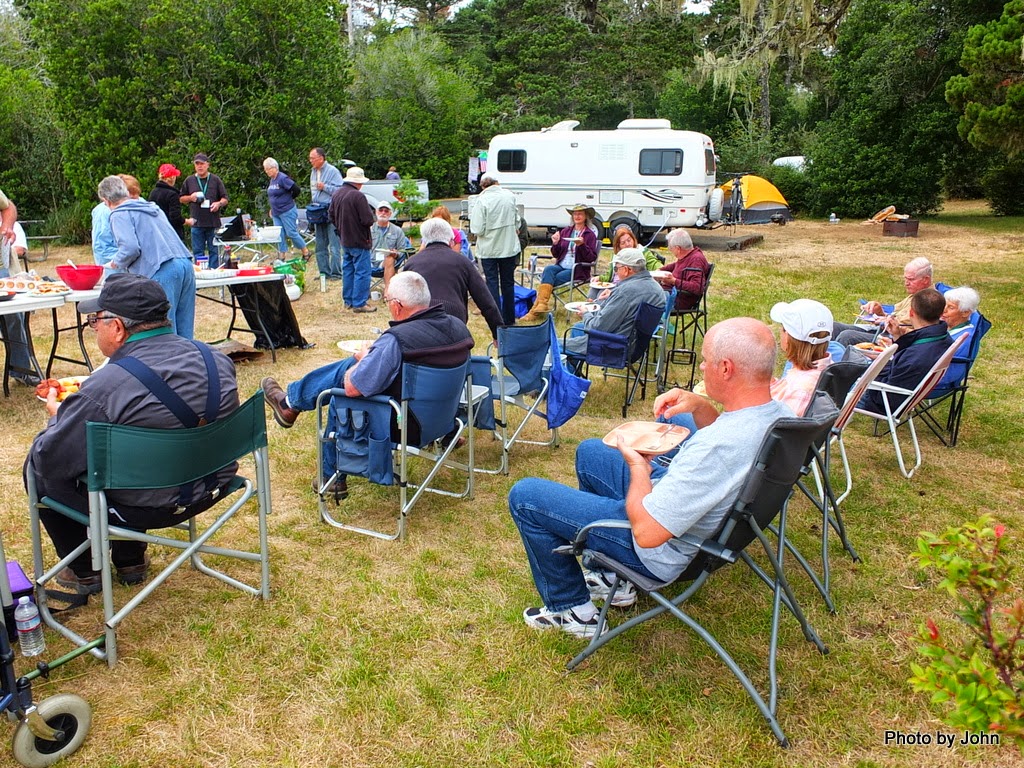 while lots of others enjoyed a bunch potluck. This group is a potlucking bunch, and always good food! 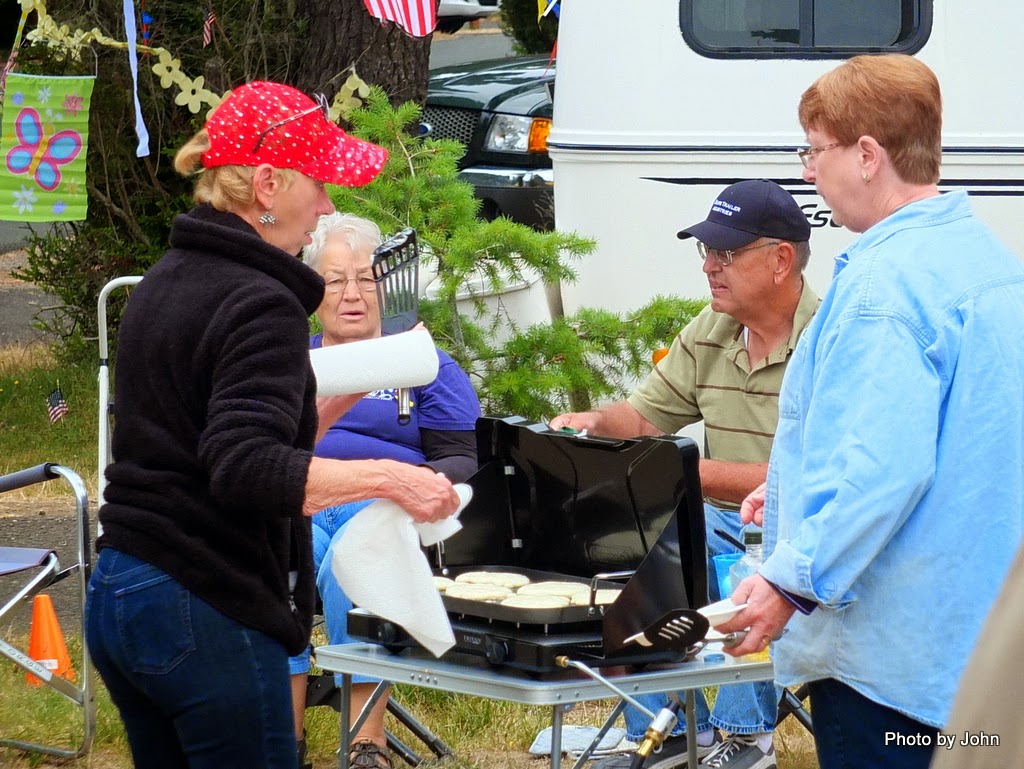 They even set up a stove for pancakes right off the griddle. BJ, Turk, and I went for a walk on the beach. It was cool, even with a wind breaker over my sweatshirt. 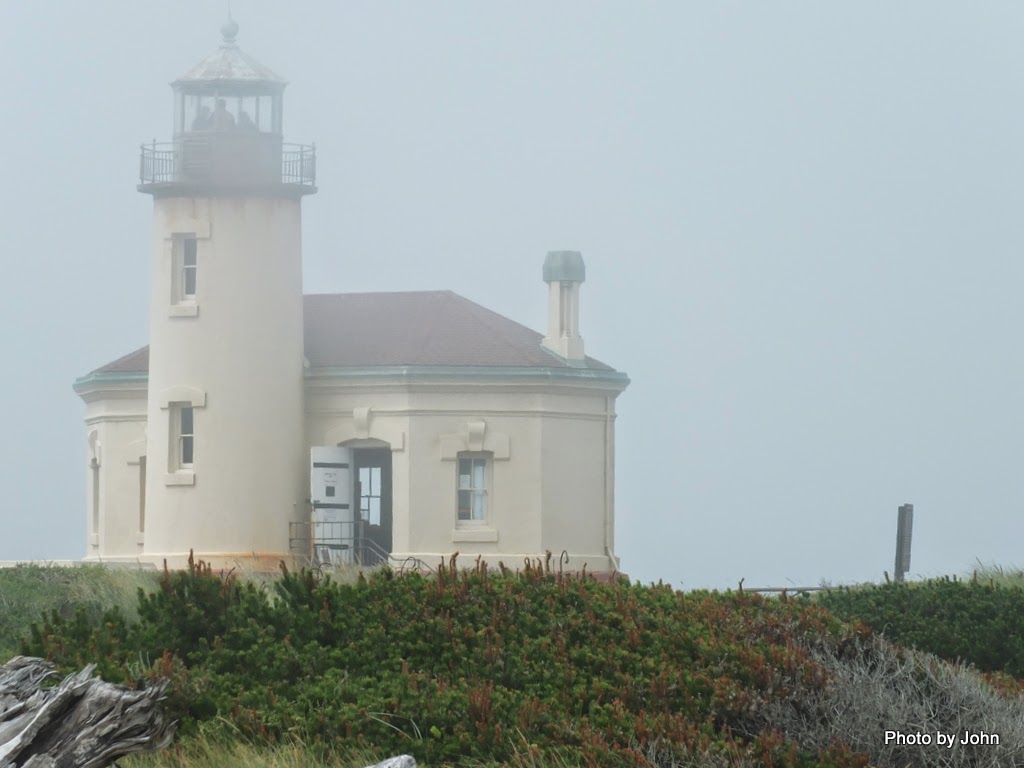 The Coquille River lighthouse, inactive since 1939, was shrouded in fog but open for tours. 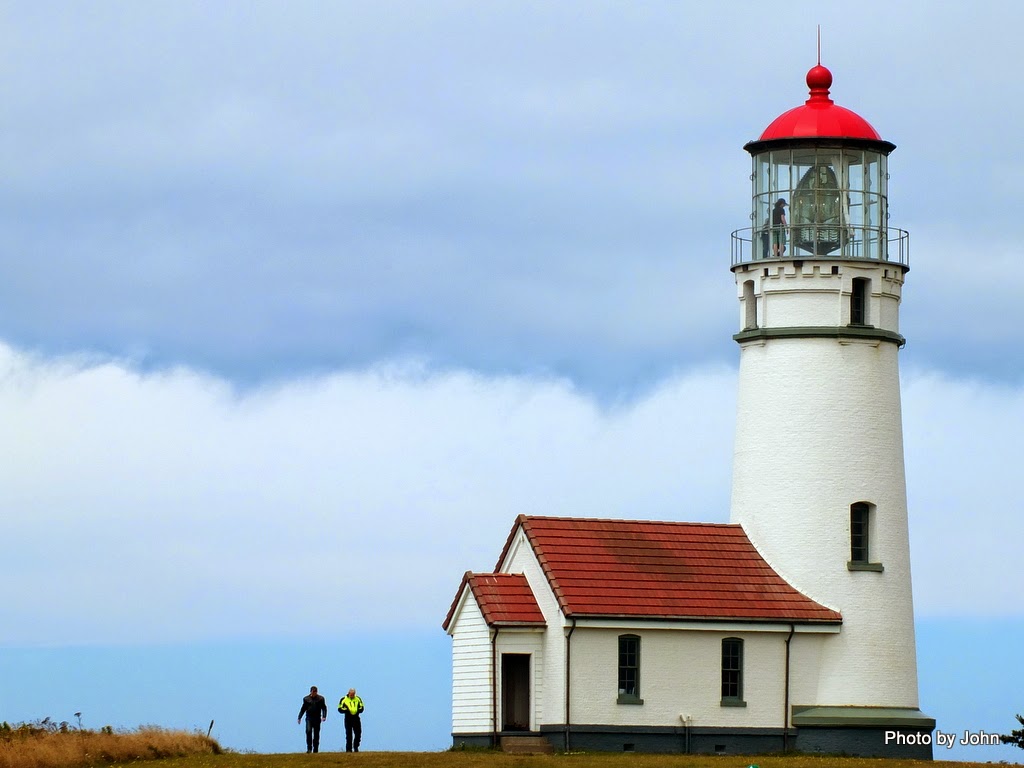 Since we were so close, we drove down to Cape Blanco to see the lighthouse there. The last time I toured most of the Oregon lighthouses I was on a Harley. That time I got to the gate and found it closed and locked. I could have seen the lighthouse then but it was so foggy it was totally obscured. 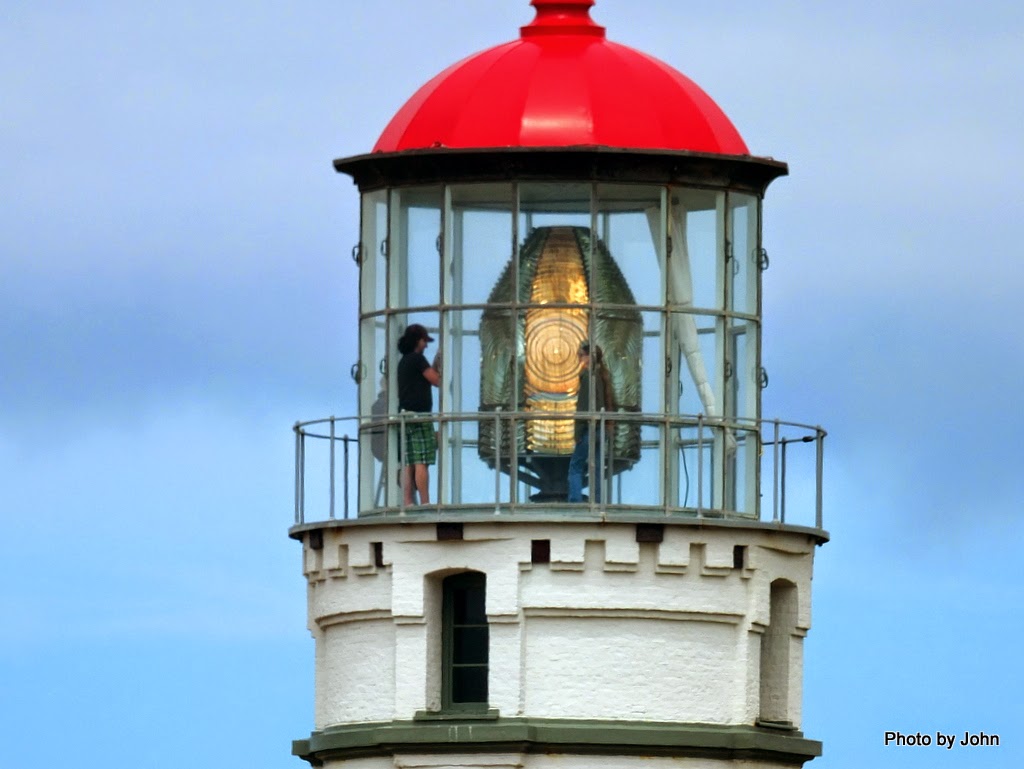 This time, the fog had moved offshore but the chill wind continued to blow. The three of us walked around the grounds, checked out the Cape Blanco State Park campground, and then headed back to Bullards Beach for our last night in Bandon. 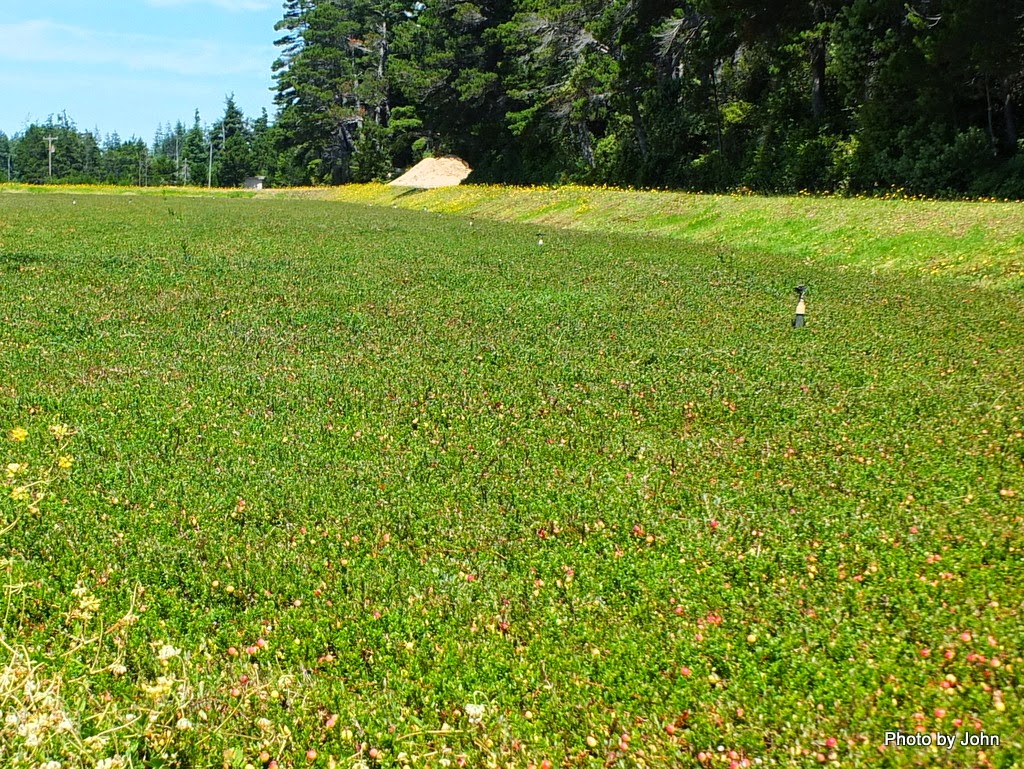 On the way, BJ spotted a little Ocean Spray sign hidden by a tree so we had to loop back to check out the cranberry bogs. 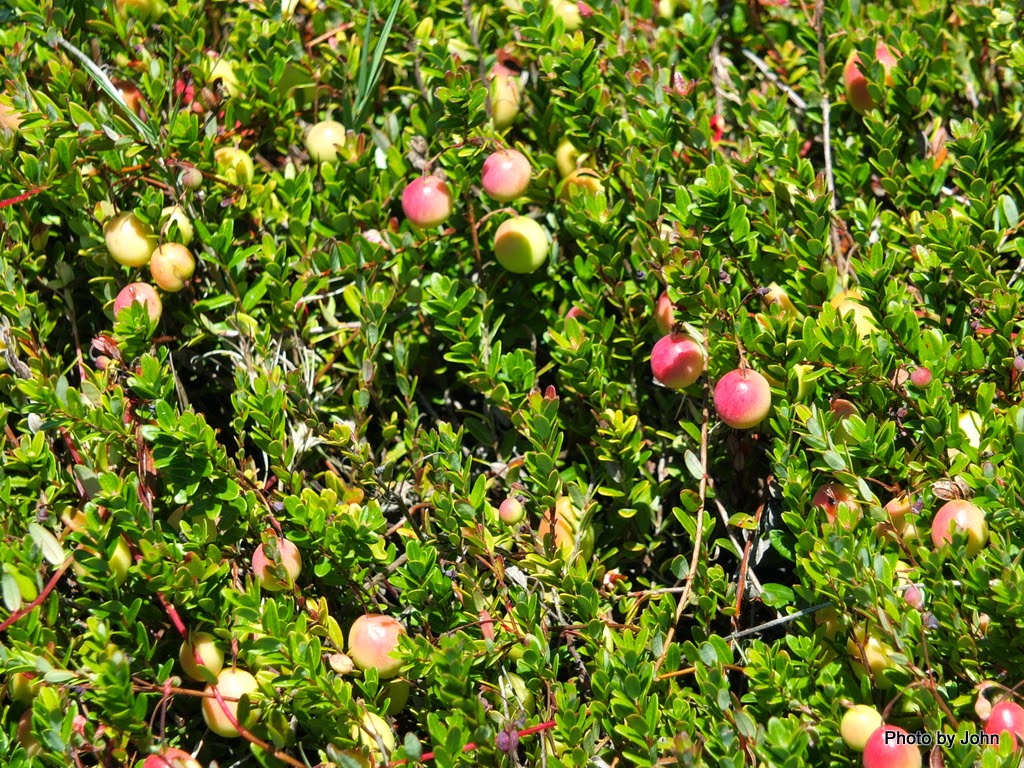 There were lots of berries but they were just starting to show color. It will be awhile before harvest.
Posted by Just Finding Our Way at 3:30 PM