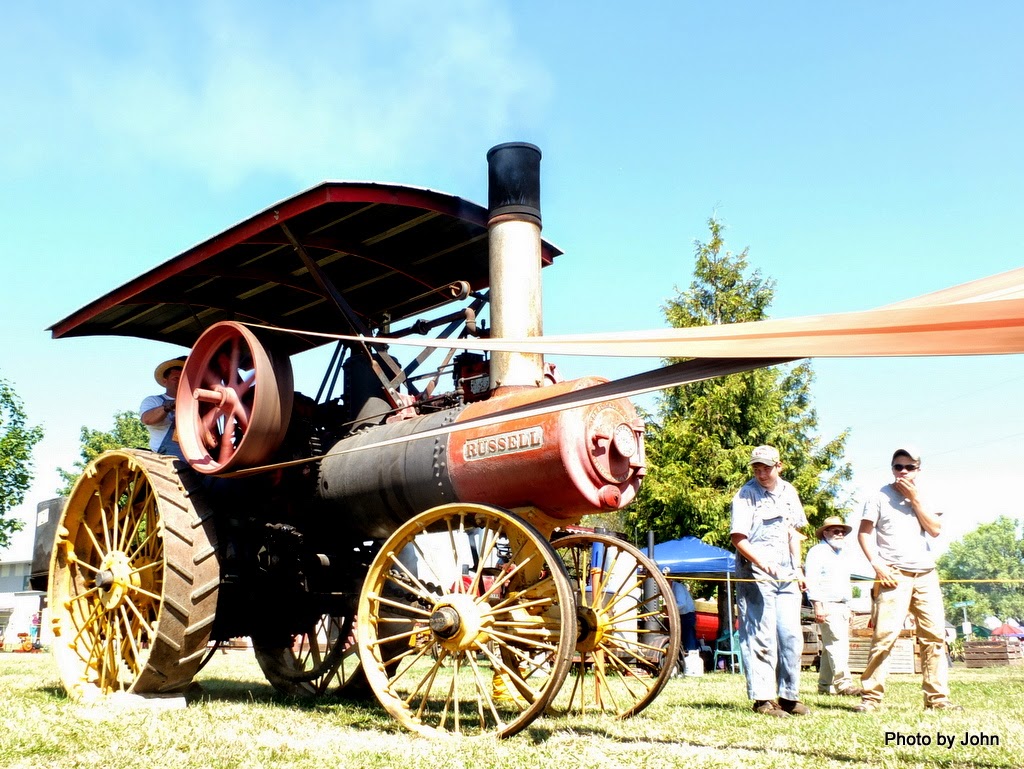 The Great Oregon Steam-Up happens annually on two consecutive weekends in late July and early August. What you'll see over the next few posts is from a quick pass through the grounds on the first Saturday. An adult single day pass was $12. I think the smart thing would be to dry camp on site ($15 per night) and get the $20 weekend pass. Next time... 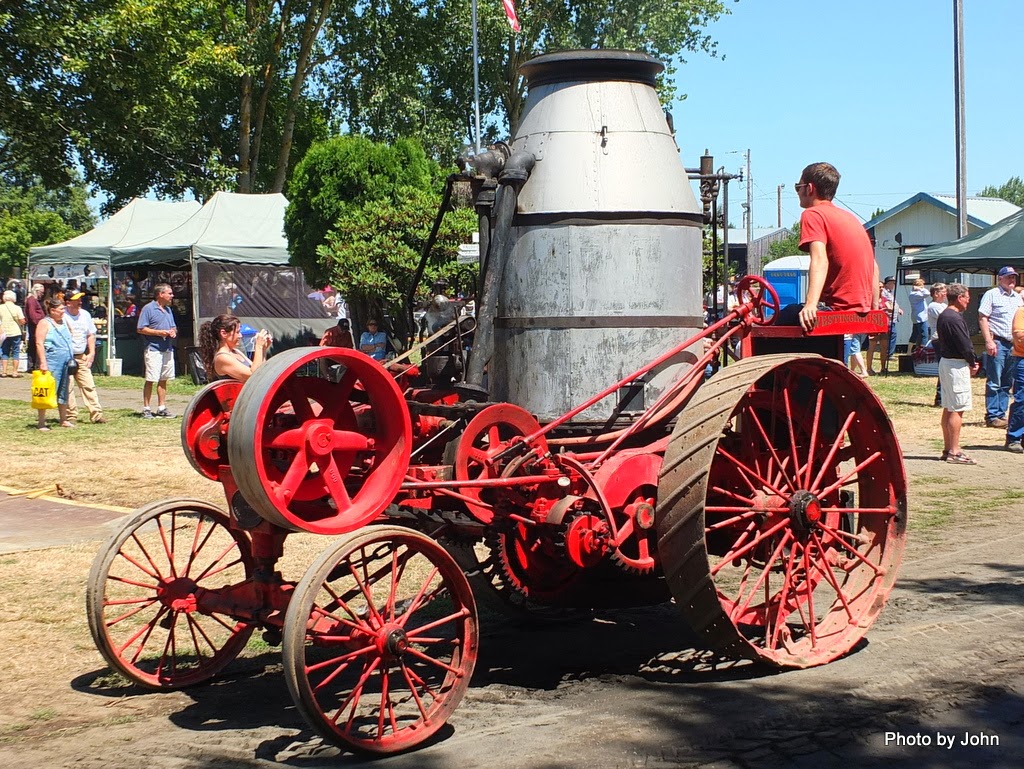 They held a parade at 1:30 which lasted 90 minutes. Not all of the equipment on site took part in the parade, but most of the operating steam engines did. This engine was built by Westinghouse. Who knew? I sort of figured that steam tractors were pretty rare - they said this one was very rare. 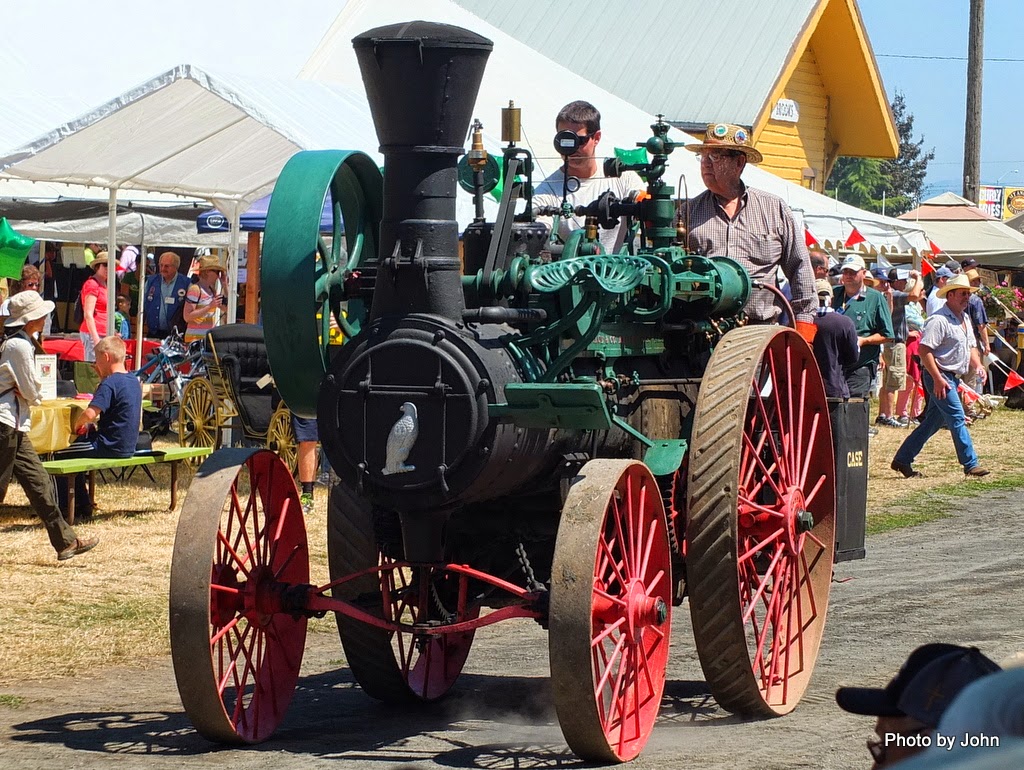 This Case steam engine was retrofitted at some point with steering. Originally this one was designed to be steered by a team of horses, thus the seat mounted on the front left corner by the stack. A hybrid, long before we were talking about hybrid vehicles. 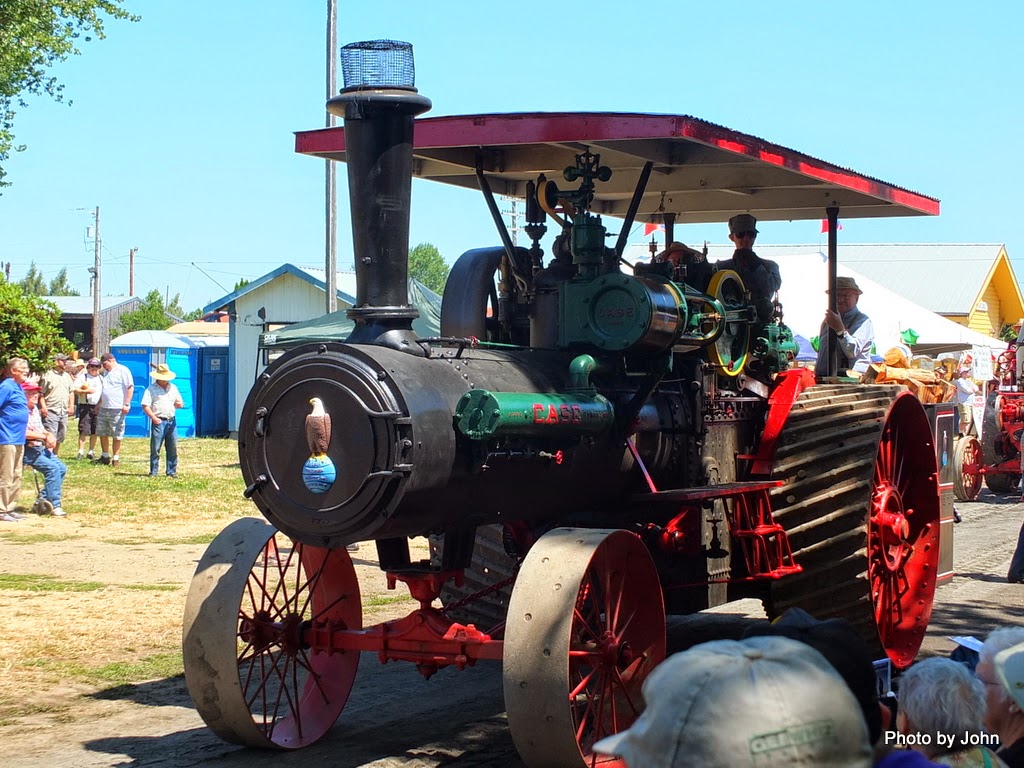 Many of the tractors were staffed by multiple generations of a family, and often were operated by younger family members 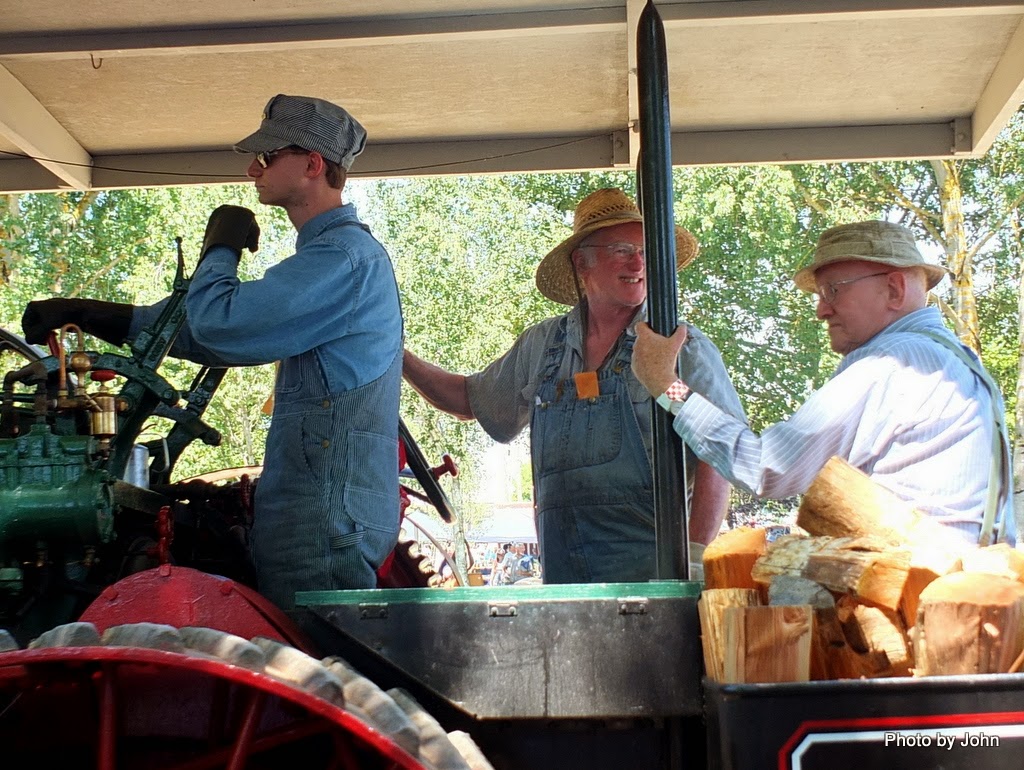 as in this example. 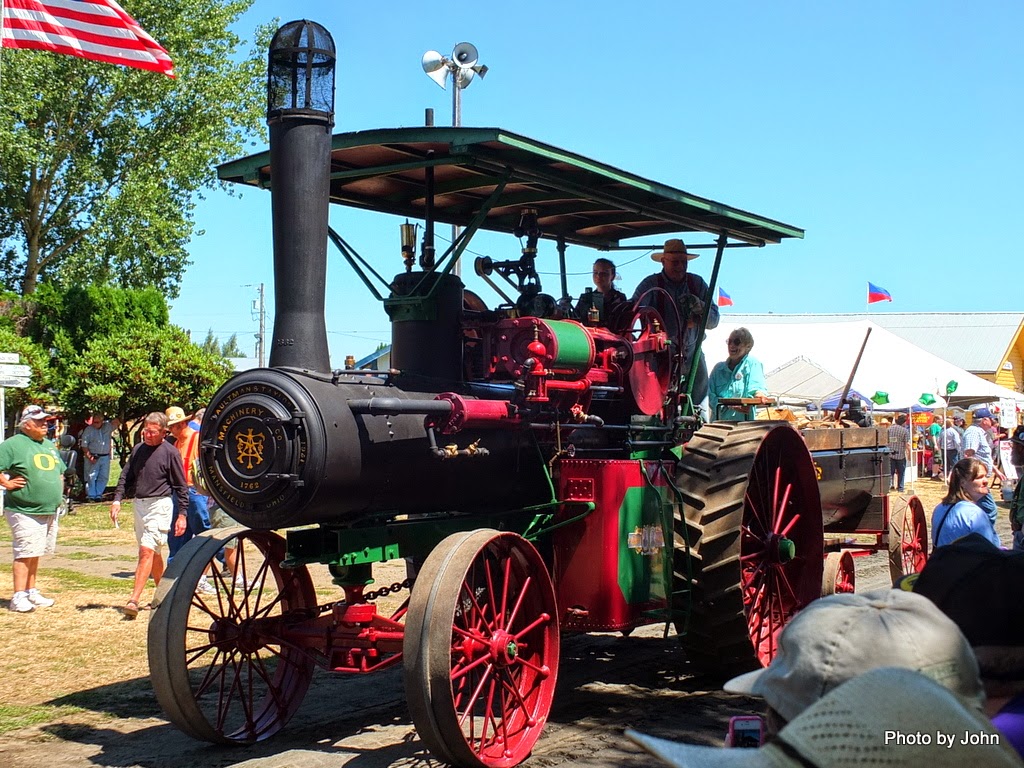 We had carefully chosen grandstand seats in the shade for the parade which made photography less than ideal. I sure enjoyed the shade! 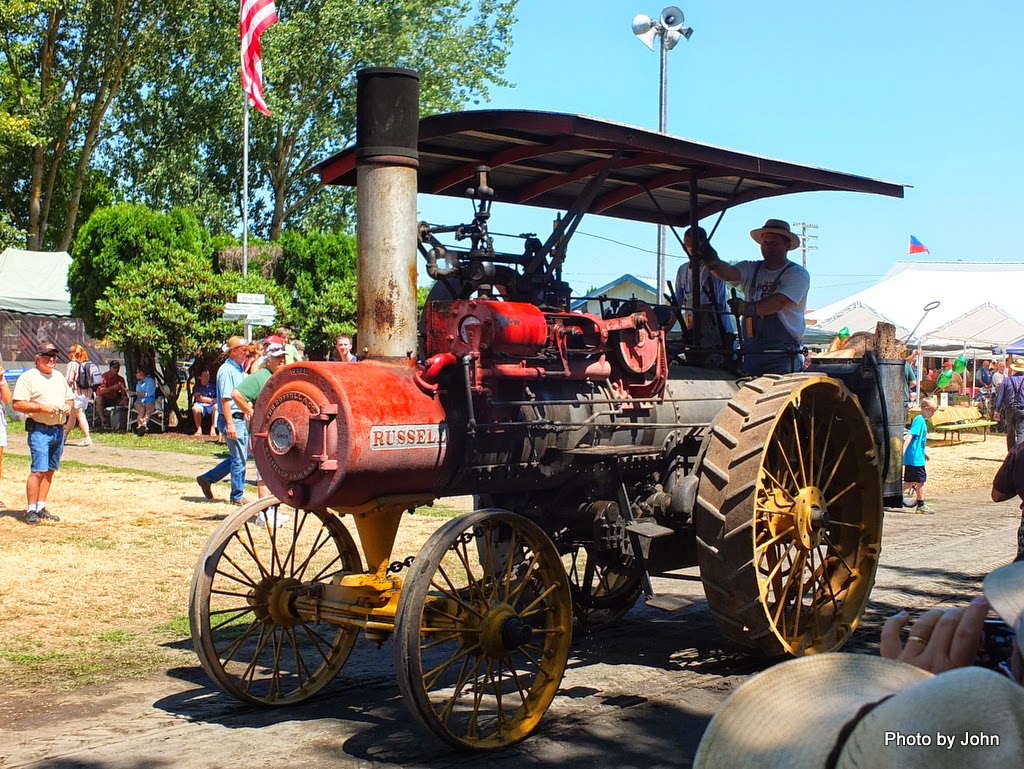 This is the same tractor that was in the first picture where they were using the engine to power a large fan. 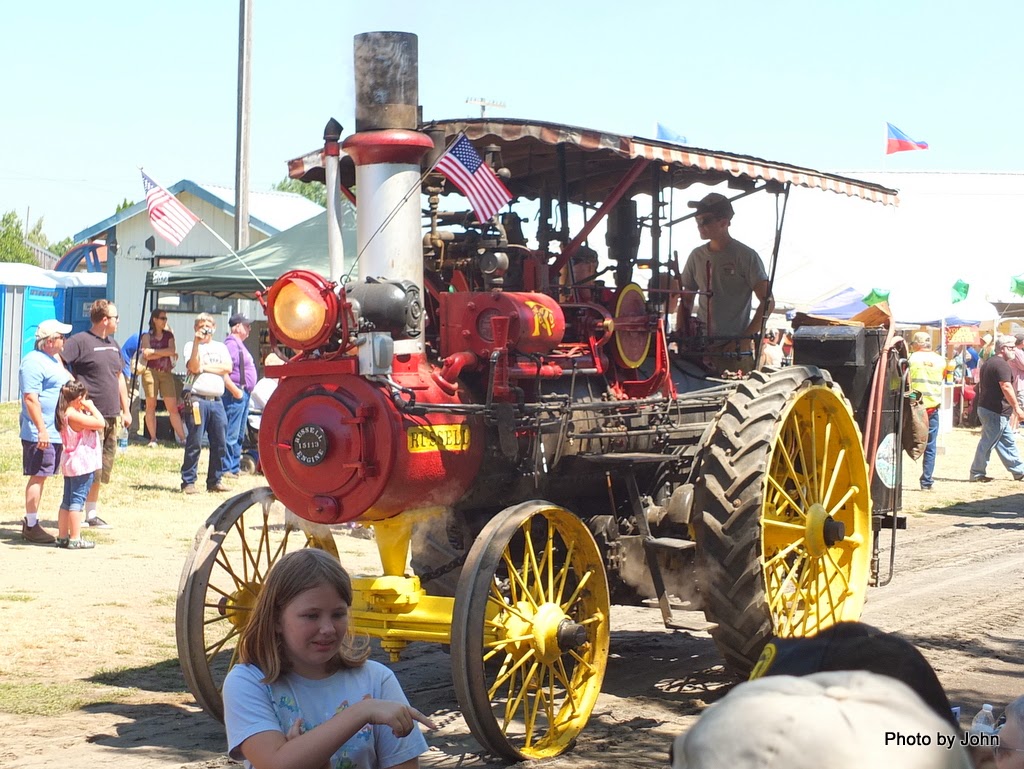 This was one of two engines that were fitted with a small steam powered generator to power a headlamp. 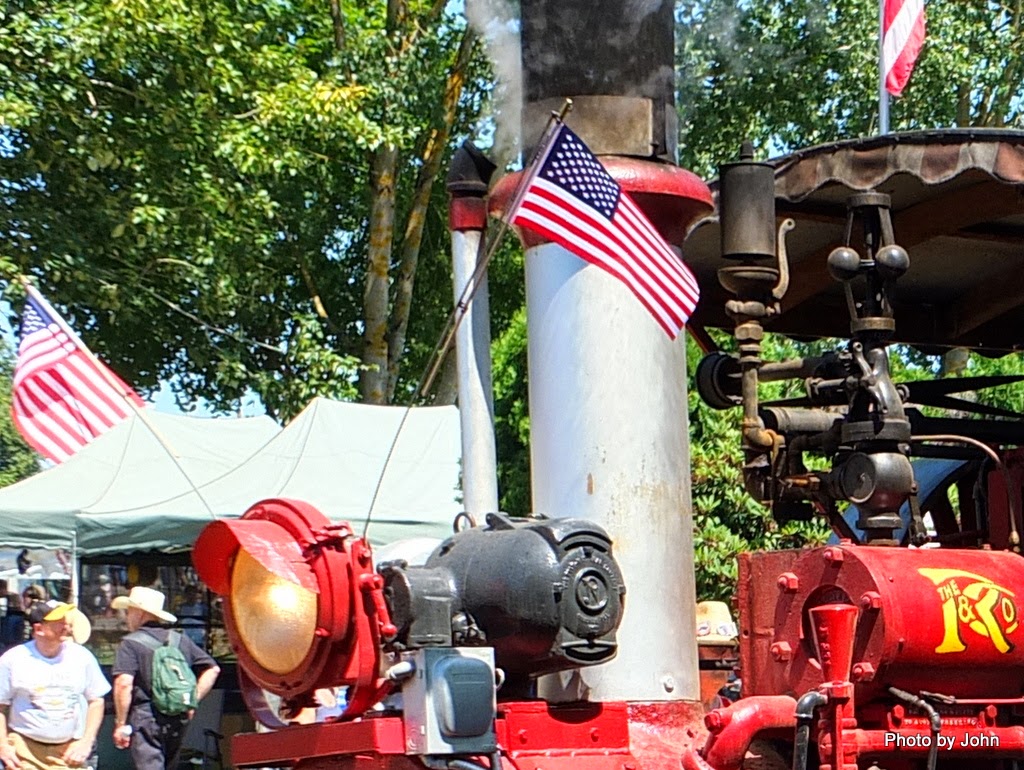 The dark grey "motor" was actually a generator, powered by a small steam turbine on the other end of the generator. The exhaust from the steam turbine is the vertical pipe alongside the smoke stack.

The collage below is sized large so that you can see some of the individual detail of the steam tractors if you want. Like all my photos, double click to get the large version. 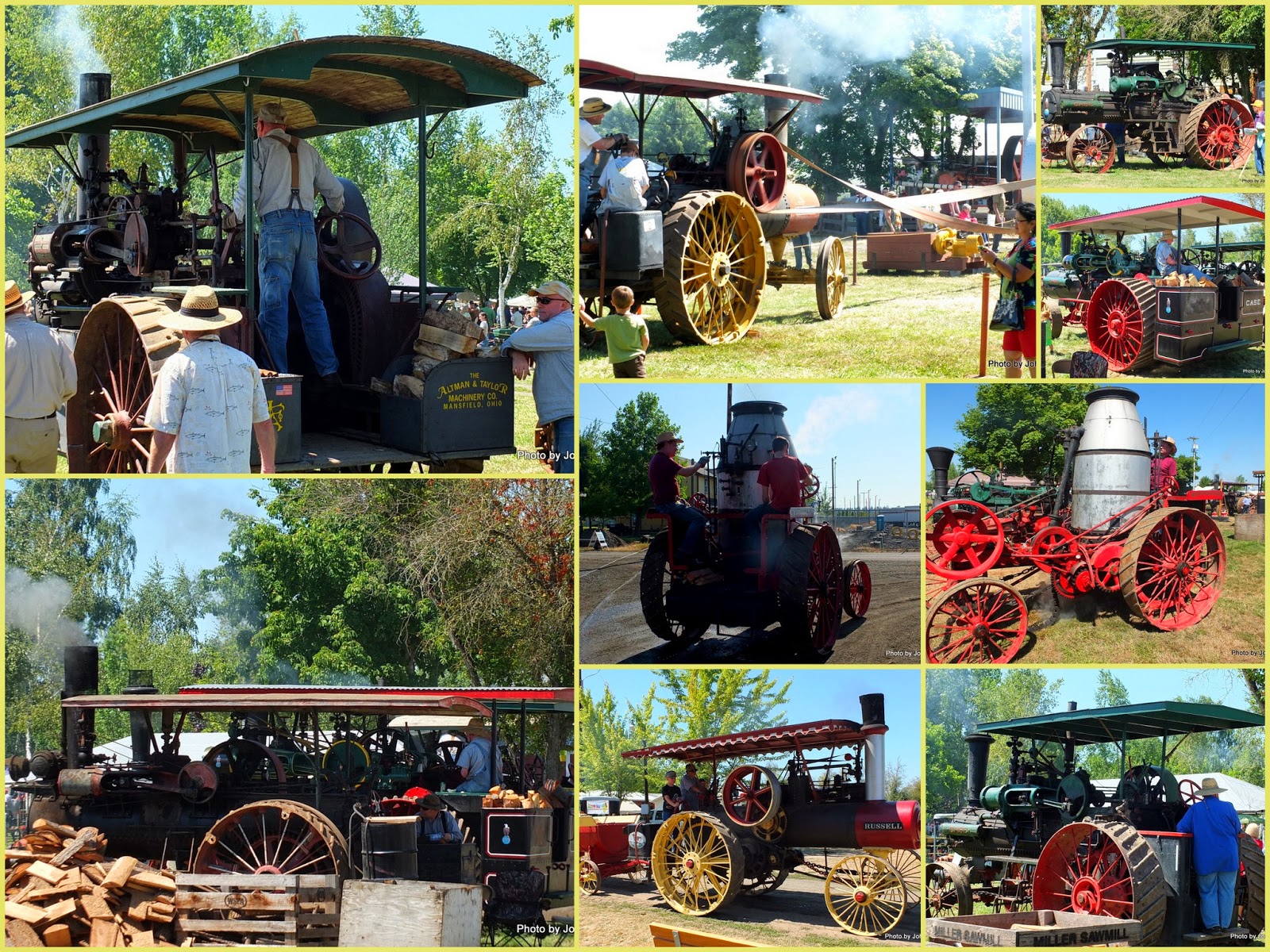