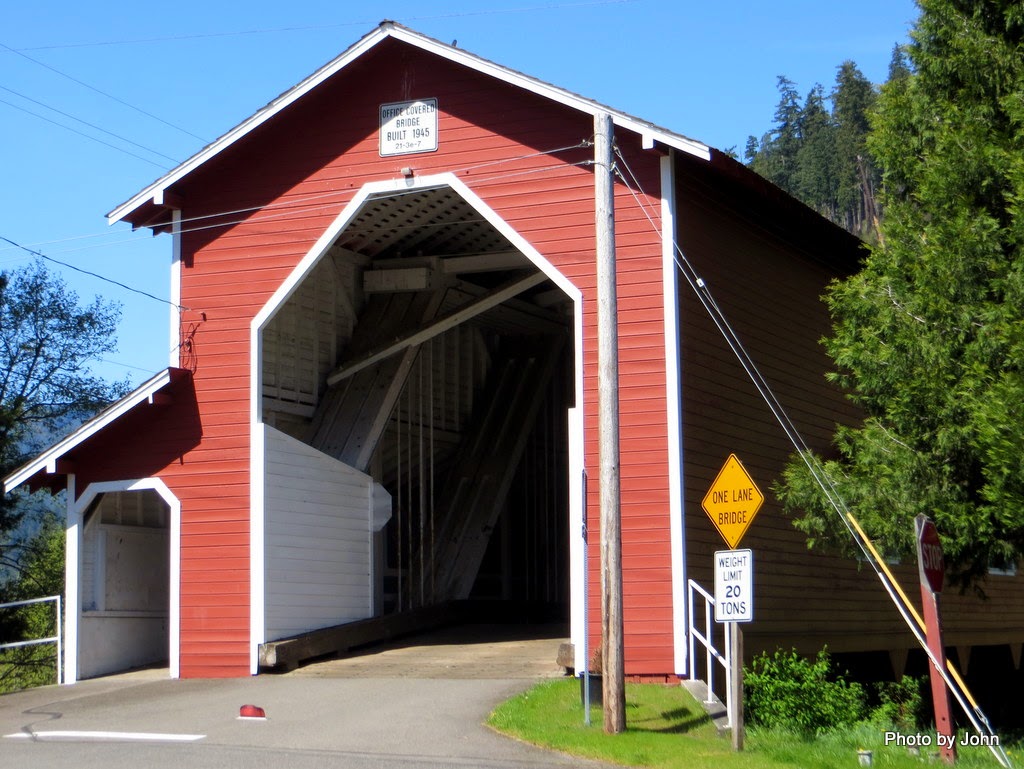 We needed to go less than 21 miles today, if we were a crow. Instead, it was a wonderful, twisty, beautiful, slow 149 miles. This one is well worth driving out of your way.  My favorite part started at the Office Covered Bridge in Westfir. 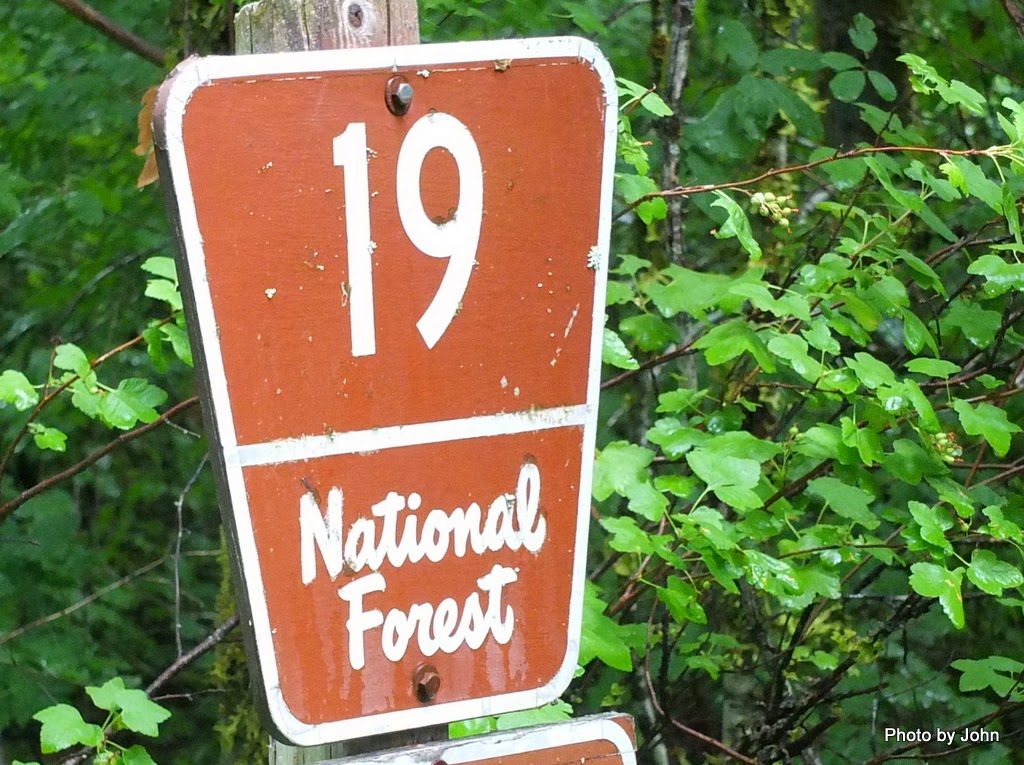 Forest Route 19 sounds like it should be a gravel road, but like the Cascade Lakes Highway, it was a very well maintained 2 lane asphalt highway. 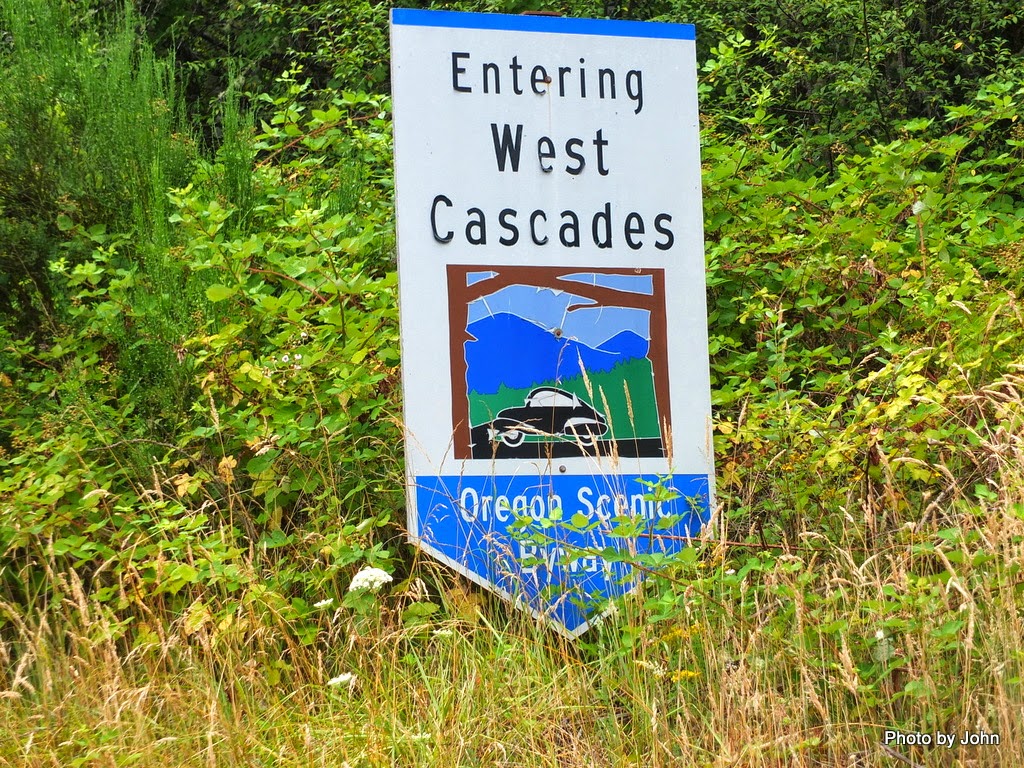 We continued upstream from the stop sign at the covered bridge and soon spotted this sign indicating it was another Oregon Scenic Byway. It took us two hours to drive about 60 miles and saw fewer than 10 motor vehicles on the road that whole time. 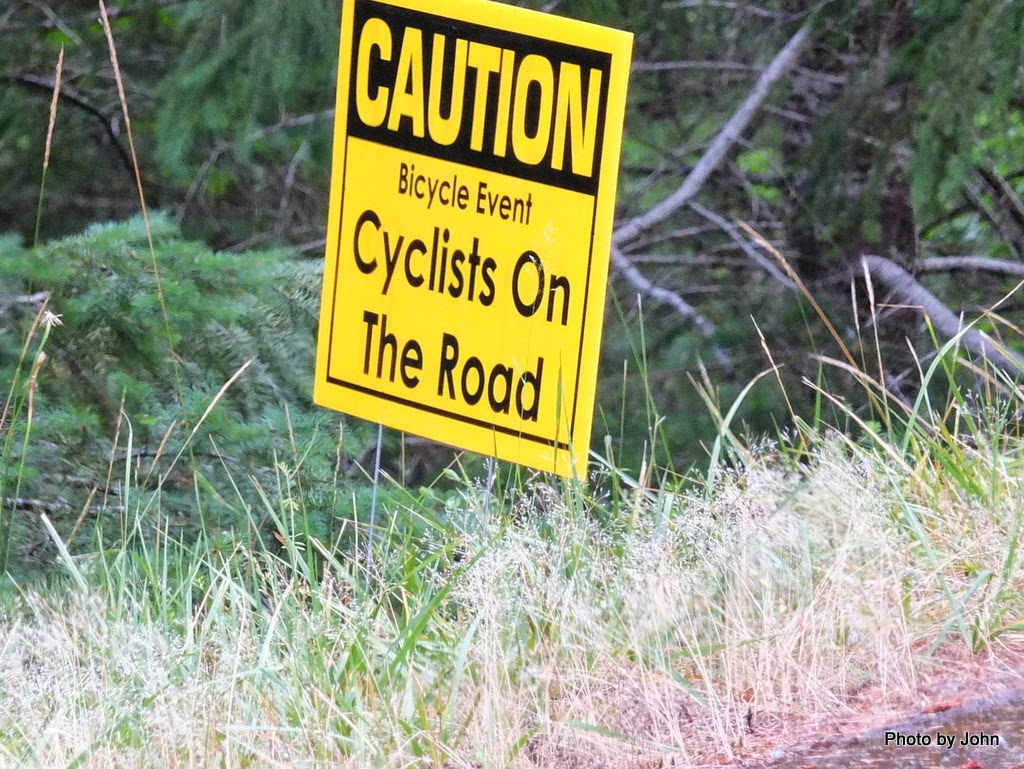 That's not to say we were lonely. We were informed as we left Westfir to watch out for cyclists who were using this route for a road race. 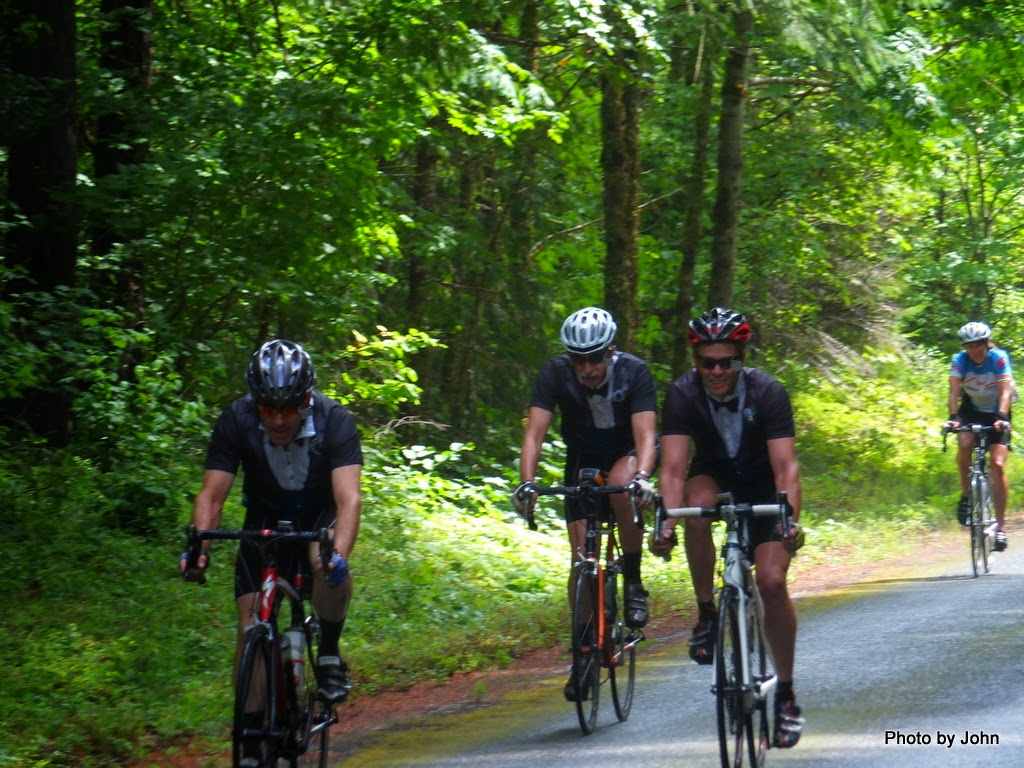 We were far enough behind that we never caught any, but saw lots of cyclists headed back the other way. 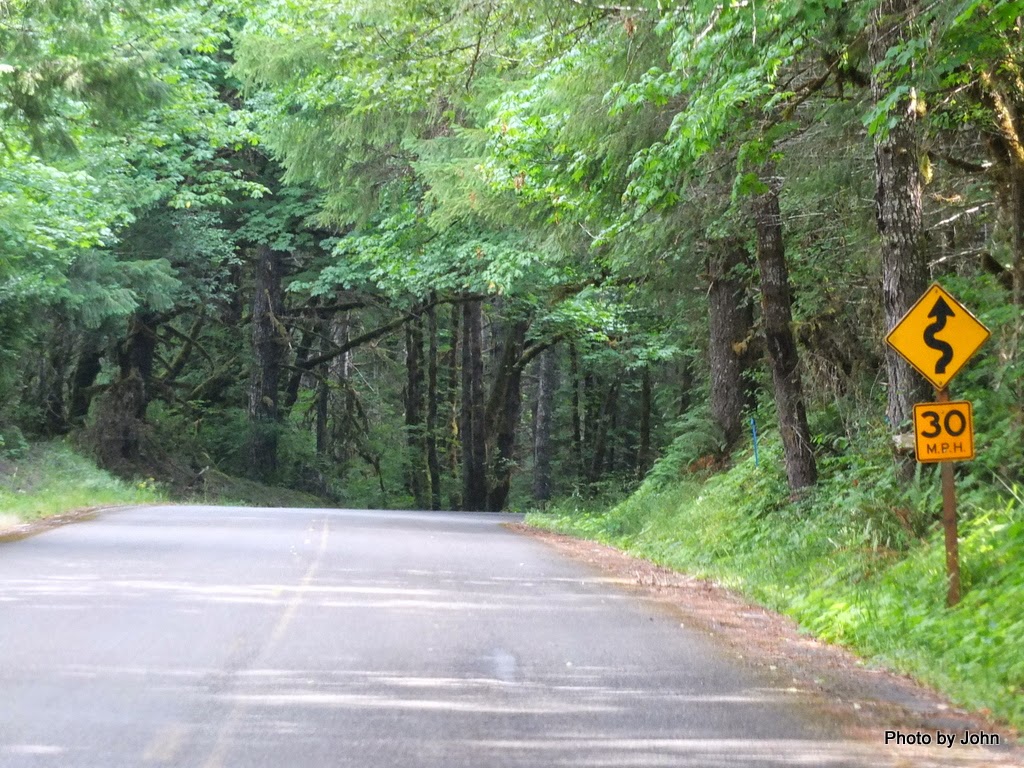 The road was posted at 45 but I rarely saw 35 mph. Not matter how you decide to get from Elk Lake to McKenzie Bridge, it's going to be twisty and circuitous in the summer and much further in the winter since both short options are only open in the summers. 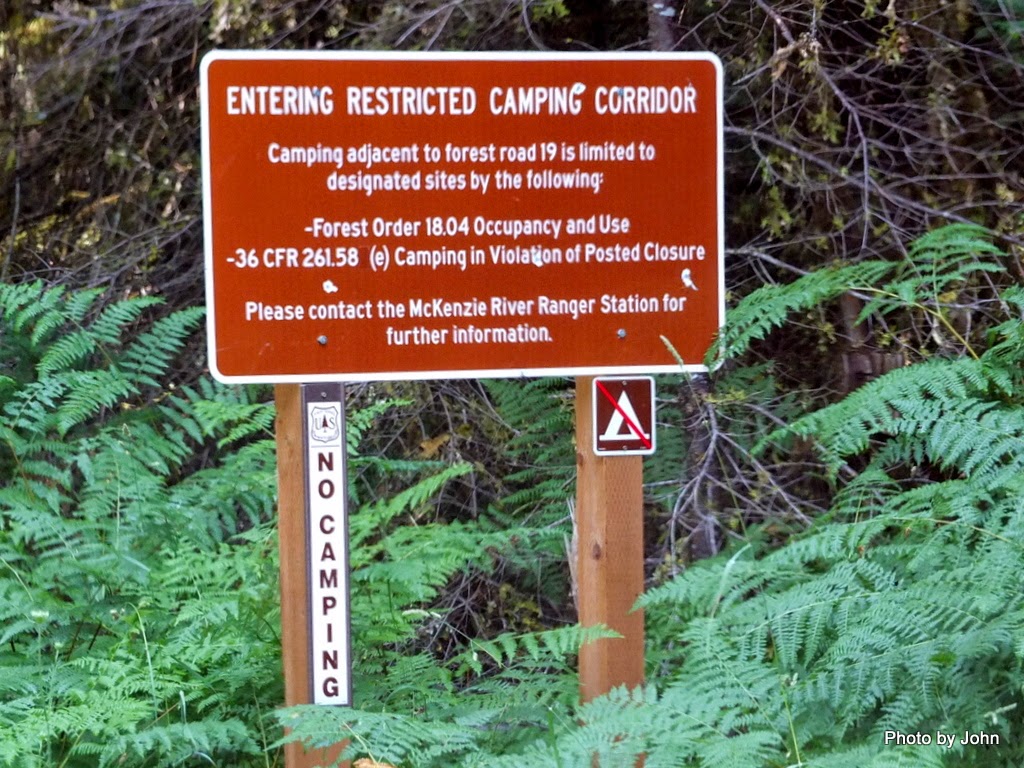 There were a number of wonderful looking (and mostly occupied) boondock spots on the south end of the route as well as one NFS campground. Once you pass this "Restricted Camping Corridor" sign there is no longer boondocking near the road but there are several more NFS campgrounds. 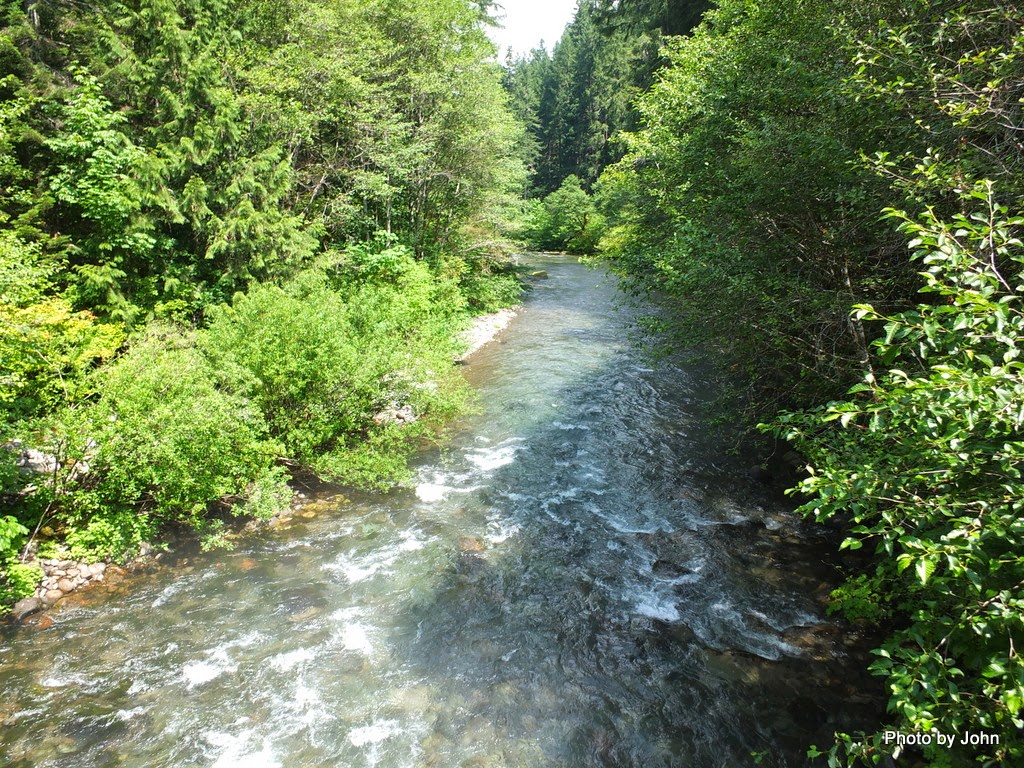 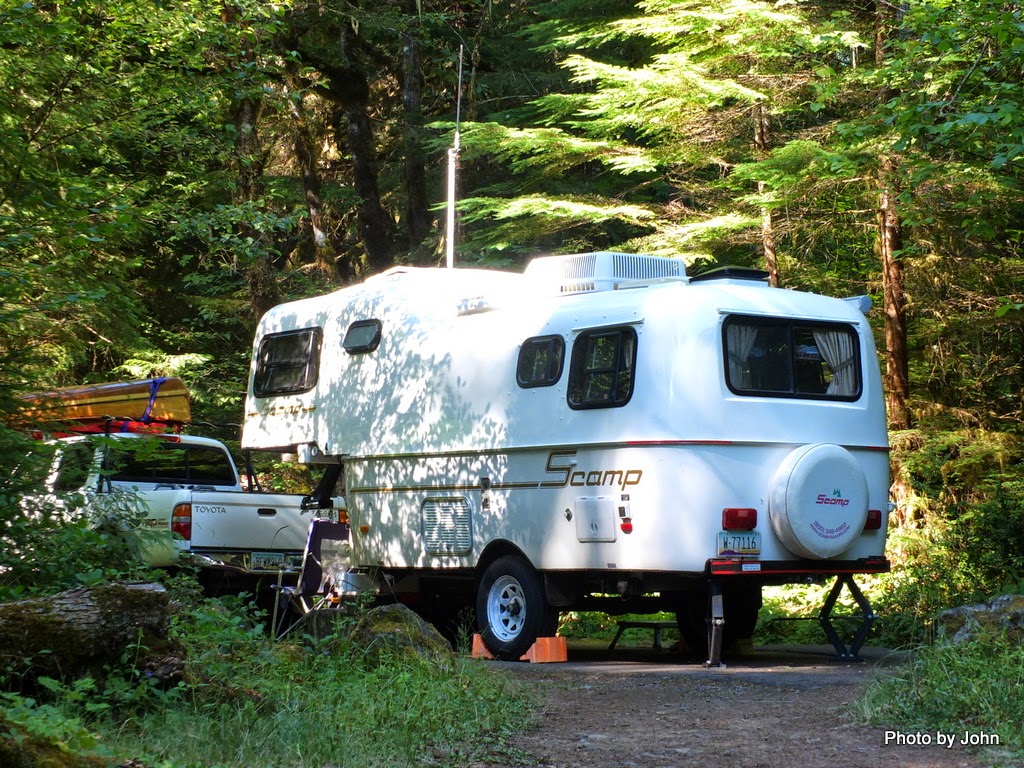 We settled into a huge, very private site at Willamette National Forest's Paradise Campground just upstream from McKenzie Bridge. Our site backs to the river where we get to watch rafts and kayaks go by. We did reservations for this spot a couple weeks ago. Many of their first-come first-served sites are open today but the river view sites are reservable and nearly all full.