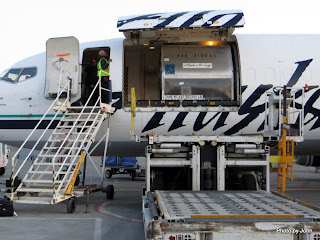 It was "Take Your Dad To Work" day in Anchorage. The son had an out & back schedule and seats were available so I got to experience a unique aircraft headed to the Arctic community of Barrow. His employer modified several Boeing 737-400 aircraft to a combi configuration. 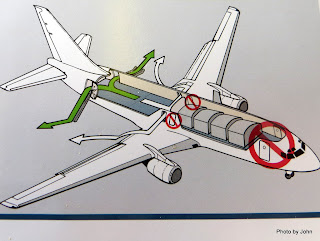 The plane handles 4 containers in the forward section of the main cabin and seats up to 72 passengers in the rear of the now separated cabin. 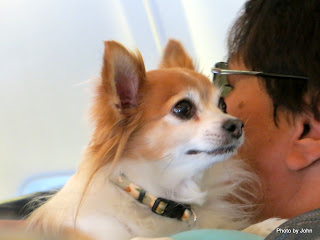 The flight was to Barrow via Fairbanks from Anchorage and return. We even had a cute little four legged passenger on the flight who came out for a look around while we were on the ground in Fairbanks. 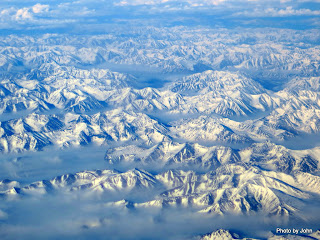 The weather cooperated so that we could get a view of mountains that we'd never see from the Scamp. 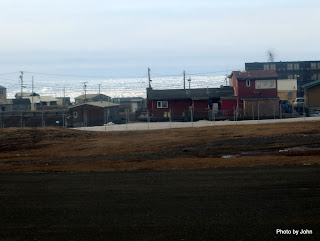 The village of Barrow pushes right up against the airport fence 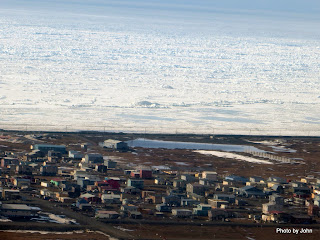 with the frozen ocean just steps away. Barrow is the northern most community in the U.S. with a population of around 4,500 people.  Barrow is home to the nation's northern-most accredited community college. 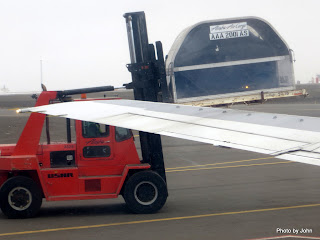 I was only on the ground in Barrow for about half an hour, but it was an opportunity I wouldn't have had otherwise. On the way back we flew over a section of the Haul Road north of Fairbanks. I'm looking forward to driving that while we're here this summer.
Posted by Just Finding Our Way at 3:43 PM