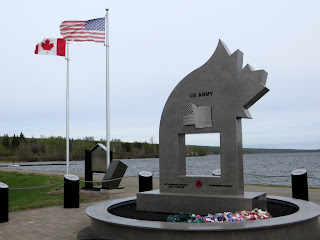 On our way out of Fort St. John this morning, we stopped by Rotary Park on Charlie Lake to see the monument built in honor of 14 men who died trying to cross the lake on a pontoon raft during the construction of the Alcan in 1942. 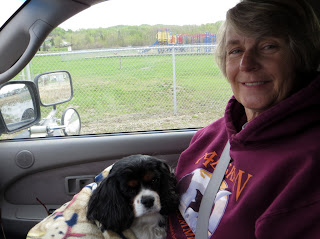 BJ and Turk the City Dog stayed in the truck since there was a cool wind blowing off the lake. 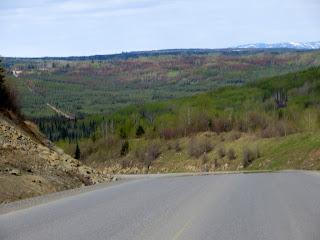 The roads did a lot of ups and downs today, crossing one ridge after another. 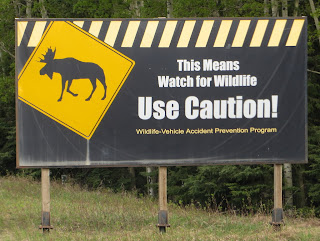 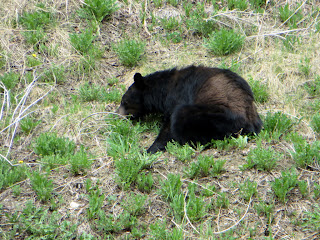 and while we didn’t see any moose today, we did spot two black bear – one wandering down the middle of a gravel road near the highway and this lazy one who apparently figured it was easier to grub on a slope lying down. 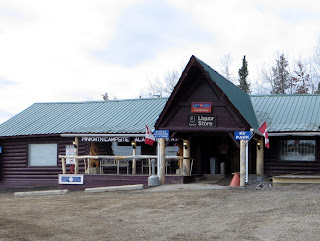 We topped off the gas at Pink Mountain, paying $1.69 per liter. I’ll leave you to do the math! 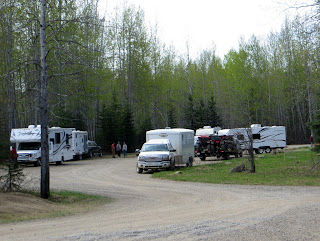 Lunch was at the former Prophet River Wayside Provincial Park. It’s a neat place tucked in behind a grass airstrip at Mile 217.2. We had considered boondocking here, but the area was still full of people that were starting to pack up after their long holiday weekend. 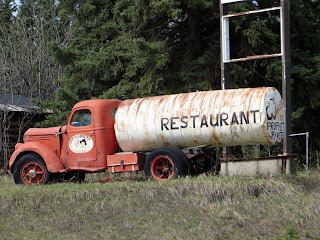 The obligatory rust picture was immediately across the road from a sign warning that the next services were 100 kilometers down the road. Unfortunately, the truck was parked in front of what professed to be a Shell station with all the windows boarded up. Perhaps it will be open later in the season? 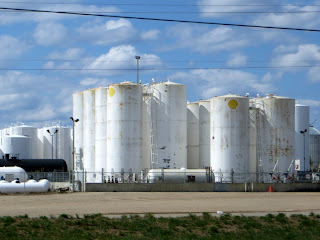 Almost the entire distance between Fort St. John and Fort Nelson has short gravel roads projecting off the highway to locations associated with gas production, either drill sites, production wells, compressor stations or other monitoring equipment. Much of the commercial traffic was clearly associated with the petroleum industry as well.

We made ourselves to home in a wayside at the Muskwa River bridge just south of downtown Fort Nelson. Based on feedback at the Visitor Centre, the town seems to discourage RVs parking overnight.

This was posted using Wi-Fi at the Downtown RV Park in Watson Lake, YT