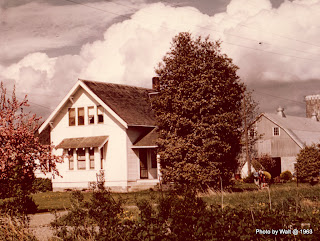 Last summer we met some people at our niece's wedding. We'd gotten to know the groom's family via his mother's blog and found they were just as wonderful in person. For the past year they've been working on fixing up an old farm house. With visions of the big white, drafty farm house I grew up in, I asked if they had room for any help. As a result of that conversation, we scheduled a week gap in our Alaska trip to stop by and work on some projects. 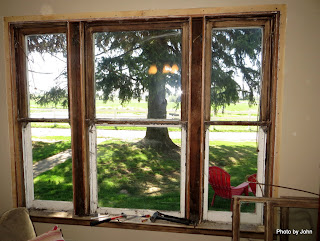 In February, Ellen wrote me a public Dear John letter explaining the project she hoped I would tackle. After church yesterday I did a bit of demo on one of the windows, and we'll tackle the other today. We're hoping to get two of the windows operating but there are at least 5 layers of paint that will need to come off, including the 1970's antiquing job. 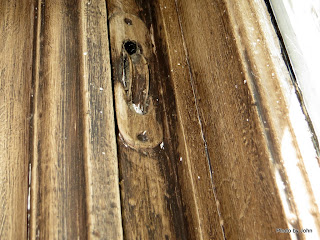 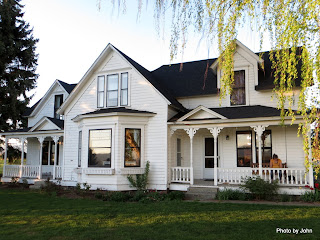 It's great fun working on an old farm house, especially with a family like this. They're really trusting, letting me come in and start tearing things up with the intent of breathing some more New Life into their Old Farm.
Posted by Just Finding Our Way at 6:56 PM