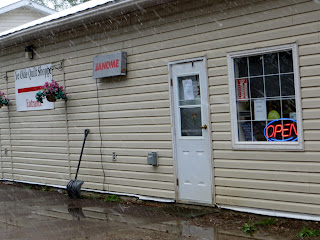 We stuck around Fort Nelson until 10 a.m. so that BJ could visit a Quilt Shop that is fairly well known. She was impressed and found some things that she needed for her next project. The snow was starting to stick in places so we stopped at the Visitor’s Centre for a weather check before proceeding. 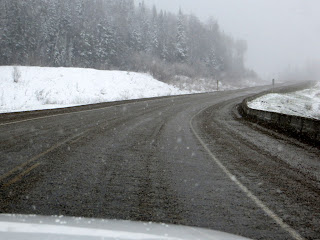 While this section of the road is supposed to be very scenic, the low clouds and light snow conspired to limit the views to the snow along the road. At least the snow wasn't sticking to the road. 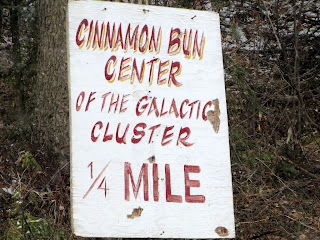 I did have a target in mind today. When our son and I drove the road a couple years ago in February, we didn’t stop at Tetsa River for fuel or the cinnamon rolls that are reputed to be from the “cinnamon bun center of the galactic cluster.” 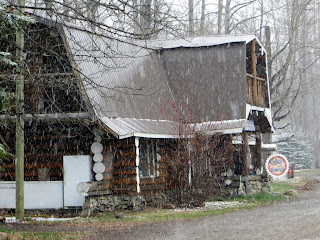 This time I fueled at the pump that read $1.79 per liter, complete with a sign that said “No Sniveling,” before we went in to find some cinnamon rolls coming out of the oven. They were the gooey kind and deserving of their claim to fame – we concentrated on enjoying them while they were warm instead of taking a picture of them. We also bought a loaf of fresh baked raison bread. 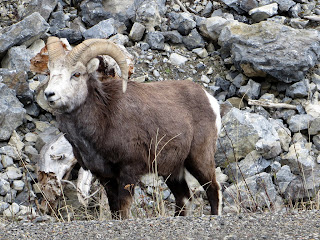 We were despairing of seeing any Stone Sheep when this one and a couple others decided to pose by the road. We also stopped for some caribou that were making use of the center of the road 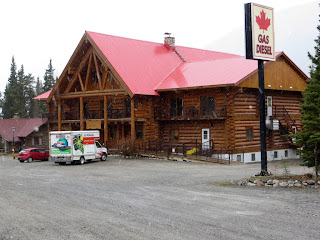 before topping off fuel again at the Northern Rockies Lodge at Muncho Lake where the price was $1.90 per liter, but the lodge was beautiful!

The signs warned of Woods Buffalo on the road but we didn’t see any except for three that were posing as rocks down off the side of the road. 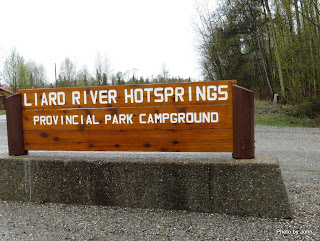 Home for the night was Liard River Hotsprings Provincial Park. This park was widely regarded as a highlight of the trip for many people. The campground was about half full. Later in the year it is reported that it fills by early afternoon. 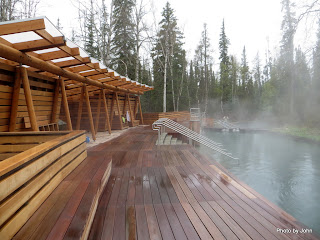 The hot springs were well worth the stop! They built new changing rooms about a year ago, and with the outside air temperature reading 37 degrees Fahrenheit, it didn’t take long to move from the changing room to the hot springs! 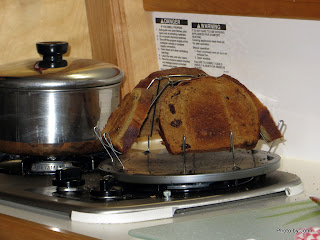 This was posted using WiFi at the Downtwon RV Park in Watson Lake, YT.
Posted by Just Finding Our Way at 12:22 PM