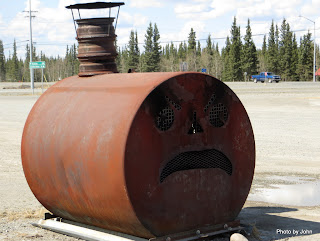 We had anticipated dumping the tanks after our overnight next to the burn barrel in the back lot at the Chevron station in Tok but the dump “hadn’t thawed yet.” That left us doing some quick calculating that resulted in a choice to BJ’s benefit. 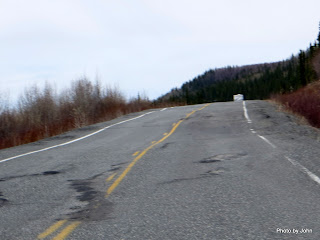 A number of sections of the road today were very nice, but there was a nine mile stretch (according to the sign) that was in the running for being worse than yesterday. This picture doesn’t do it justice!

Along the way, my travel companion commented on a pile of black on the shoulder of the road as we passed. “I thought it was going to be bear poop but it’s just a chunk of tire.” Clearly, she’s acclimating. 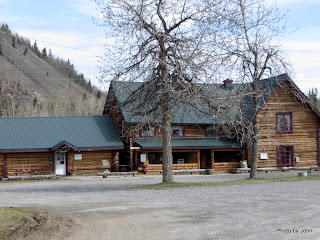 An occasional roadhouse would appear well cared for. This one was open but wasn’t attracting much business. 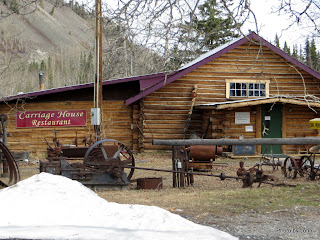 The apparently well regarded café next door doesn’t open until sometime in June. 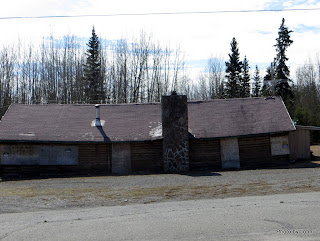 Other buildings along the road seemed to need more help. 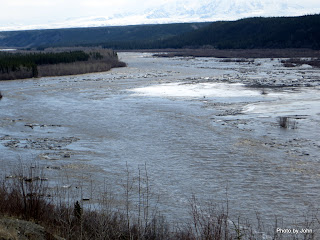 The Copper River was flowing but there were still lots of blocks of ice that were hung up in the shallows. 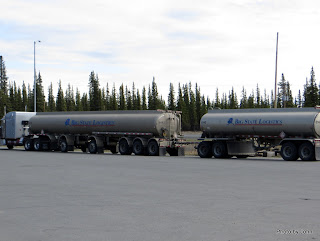 Even the trucks are big in this state. This one was sitting at the station at the Glenallen intersection where gas was $4.42 a gallon.

It was a four bear day today – a sow and cub on one side of the road and two more cubs on the other side. We hoped for a picture but oncoming traffic (yes, there was traffic today!) scared them all into the woods before we could get a picture. 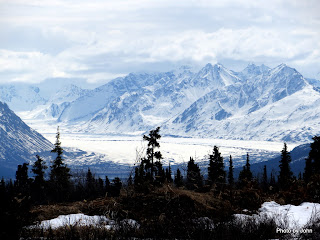 Home for the night is the Grand View RV Park & Café. They just opened for the season and they had full hook-up sites available with a Good Sam discount. We settled in and we’ll dump the tanks in the morning before we leave. Verizon 1x is available on site and they have Wi-Fi but we had to go to the café to get adequate signal strength for it. 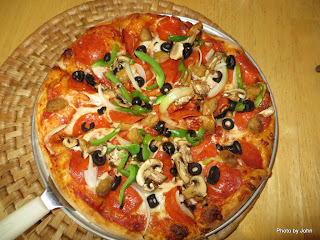 The second reason we're here is that the café is supposed to have excellent wood-fired pizza and BJ has been suffering from pizza withdrawal. Is it polite to post a blog while eating pizza?
Posted by Just Finding Our Way at 7:19 PM