A Ride Around the 'Hood 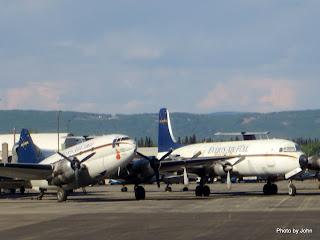 With over 25 years of general aviation maintenance on my résumé, I had to spend some time checking out the wide variety of aircraft still operating in Alaska. These two were at the airport in Fairbanks. 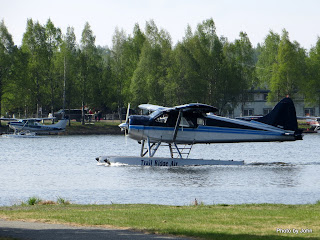 The fun location for a general aviation fan is Lake Hood. Nestled right up against the international airport in Anchorage, it features two water runways and a gravel runway, all tower controlled. While the son ran, I rode a bike around the lake, trying to stay upright and out of trouble while watching all the goings on. 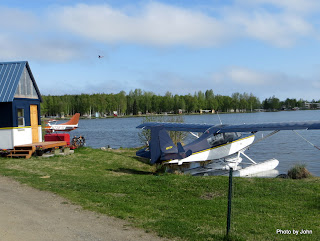 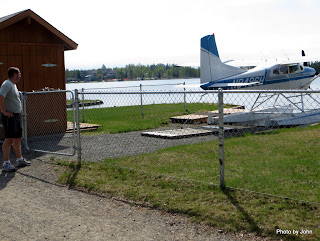 and at least one had a fence around the leasehold. 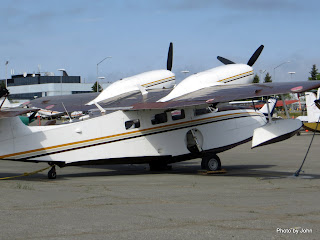 In addition to the float planes in slips, there were a few amphibs parked on the hard, 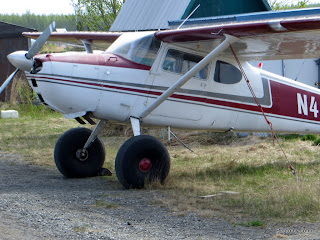 and lots of wheel planes sporting their summer gear with tundra tires. A few were still wearing skis, but that was the exception - likely just waiting for a chance to get them swapped off. 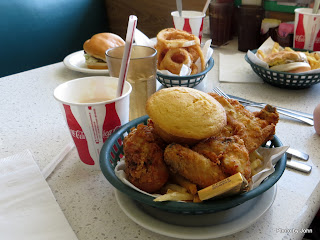 Lunch on the way home was at the Lucky Wishbone, a local favorite since 1955. Their reputation revolves around pan fried chicken, and their reputation is well deserved. They're right on Hiway 1 as it cuts through the city.
Posted by Just Finding Our Way at 6:41 PM