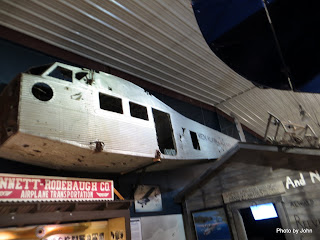 Nestled in among the hangars on the shores of Lake Hood is the Alaska Aviation Museum. Several of their operational aircraft were out on a tour of the state when I visited, and other restored aircraft are located such that it was difficult to get good pictures with my camera. The museum has done an exceptional job of collecting rare aircraft that were once used a bush aircraft in Alaska such as this Hamilton Metalplane owned by Wein. 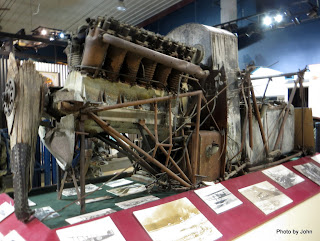 Perhaps the rarest artifact on display is the engine and forward fuselage frame of the Seattle, one of four Douglas World Cruisers custom built for the US Army's flight around the world in 1924. The Seattle crashed in Alaska, the Boston crashed in the north Atlantic, while the Chicago and New Orleans completed the circumnavigation. 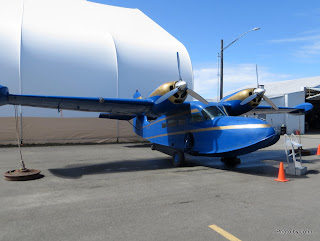 The museum has a Super Wigeon 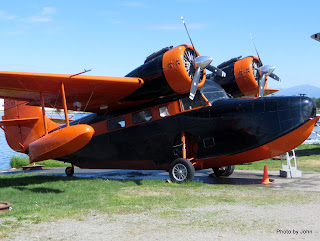 and a Goose that appear to be in airworthy condition. 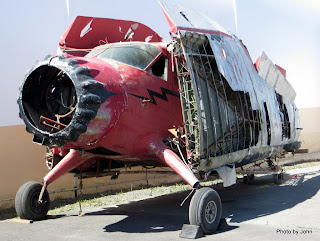 The restoration hangar just completed a American Pilgrim that was on tour and will be starting on a Cessna "Bamboo Bomber" in the near future.  Other aircraft in the queue for restoration include a 1937 Stinson SR-9, 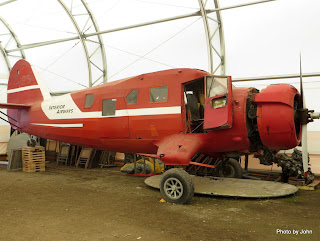 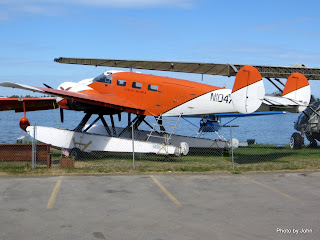 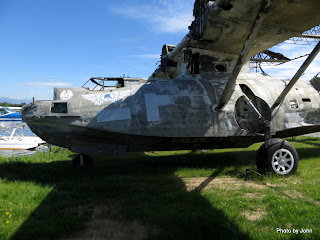 and lots of others that will likely never fly again.

Kudos to the museum for a collection that is significant to aviation history in Alaska.