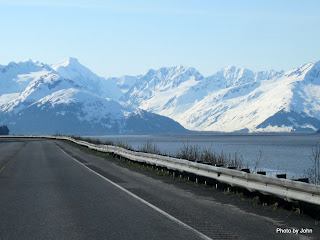 While our daughter and her fiance were in town she wanted to see some of the Kenai so we departed this morning on a day trip to Seward. It was another day of blue skies as we traveled east along Turnagain Arm. The snow is rapidly melting and the seasonal waterfalls were running strong. 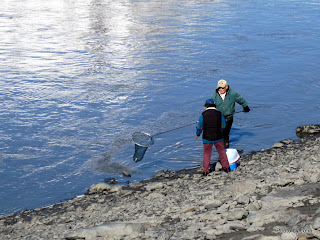 There were people dipnetting for hooligan (candle fish) along the north shore, working the last days of the season for this fish. Some were pretty serious about it - there were trailers loaded with four or more large ice chests parked along the road. 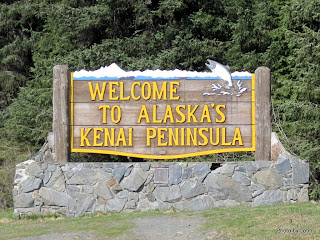 The tourism folk want to make sure you know when you've arrived on the pennisula! The moose we spotted just before then didn't seem to care one way or another. 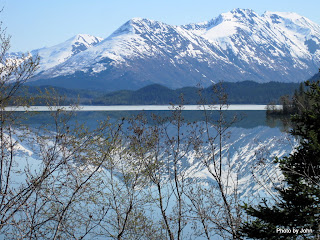 The road to Seward follows the shores of several lakes. Most still had some ice remaining and nearly all were mirror smooth. 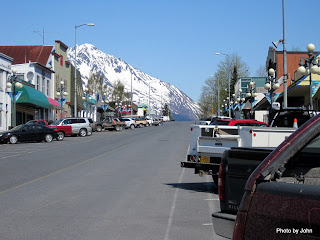 Seward had a variety of shops in the downtown core (including a quilting shop with nice chairs for spouses to wait) and restarants. They have a very nice outdoor gear and clothing store in a former bank. 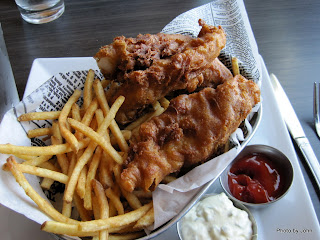 Several locals suggested Chinook's on the north end of town for lunch. The fish and chips were excellent!

The city has an RV park right on the shore of the harbor - dry spaces were $15, water & electric sites were $30 per night. They fill up once the salmon are running. RV parking in the town could be challenging in the middle of the summer. 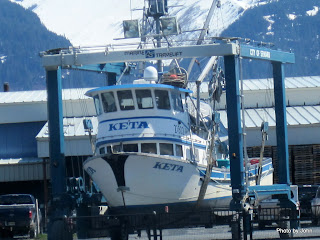 On our way out of town we were happy to yield to the Keta as it trundled down the street apparently looking for a $10/day parking space.
Posted by Just Finding Our Way at 10:42 PM