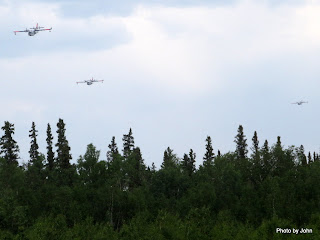 We barely got the door open on the trailer at Harding Lake State Recreation Area when we realized we were clearly in the approach pattern  for some relatively large aircraft. Finding the right position for pictures took a bit but we finally found 3 aircraft operating 10 minute turns. 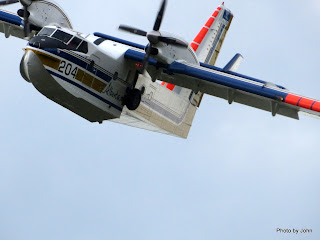 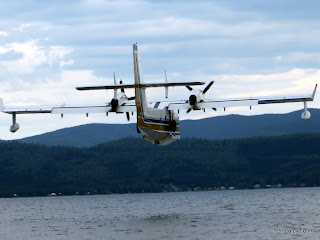 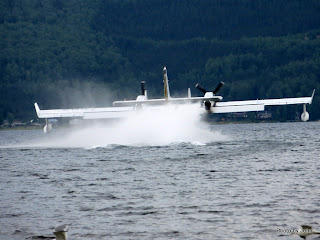 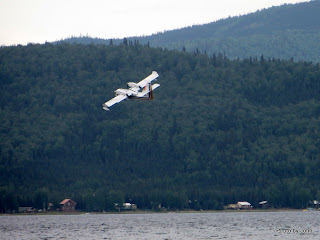 and hauling it off to drop on the Stuart Creek fire.

In the evening, the wind shifted and CL-215 aircraft powered by R2800 radial engines started departing right over the campsite. Round engines - the sound of music!

As I write this post our hearts go out to family and friends of the Granite Mountain Hotshots who died in the Yarnell Hill fire in Arizona on Sunday.