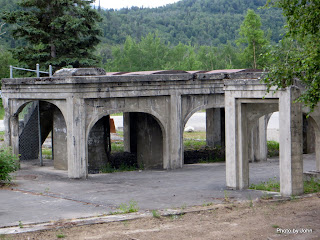 Sutton has a small, interesting historical museum alongside the road if you don't blink when you go by. In 1900, coal deposits were noted in a couple areas near Sutton and Chickaloon. The US Navy funded development of the mines as a source for coal for Naval ships in 1916, the coal washer facility was built in Sutton, and then in 1922 the Navy declared the mines unnecessary and they were shut down and the facility dismantled. 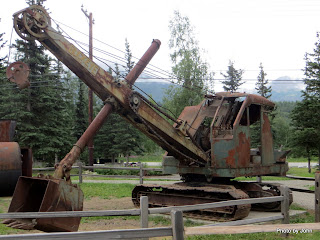 Some of the machinery remained and has been collected for outdoor displays at the museum. This Buckeye shovel proudly uses 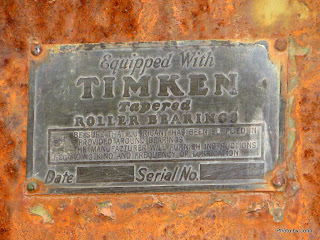 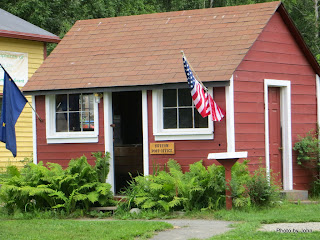 Several of buildings on the grounds are from the mines or otherwise associated with the history of the area. This building served as a service station office and the local post office (at the same time.) 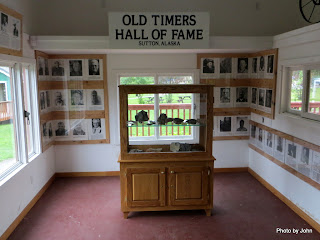 One of the buildings was dedicated to honoring past and current residents of the area who had/have a part in development of the area. Over 170 people are honored - pretty impressive for an area with a population of about 1,400. 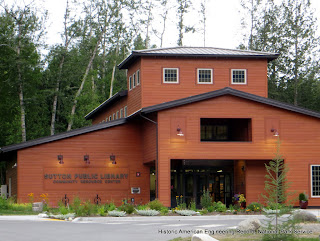 The bunkhouse from the Chickaloon mine features displays about the short coal mining history of the area.

Next door is a very nice library and a parking lot making easy access to the museum by RVs.

No fee, but donations are encouraged.
Posted by Just Finding Our Way at 10:00 AM