Seen on the Haul Road 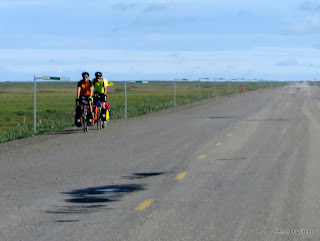 I saw at least six different bicycles on the trip and 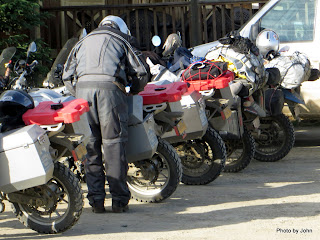 more than a dozen motorcycles, several of which were BMWs rented in Fairbanks from Alaskan Adventure Riders. Most of the motorcycles were Dual Sport types, but I did spot one Gold Wing and a couple Harley wantabes. 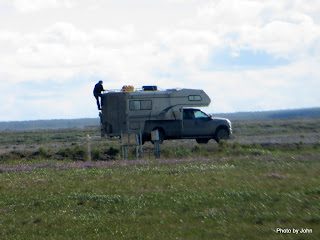 Several pickup campers were seen as well as a number of Class C RVs, several of which were rented. I didn't spot any Class A rigs but there's no reason they couldn't do the trip.

The trip would have been much slower if I'd chosen to tow our single axle travel trailer and I'd avoid any trailer without upgraded tires. 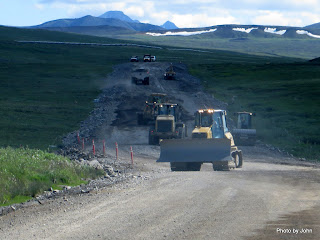 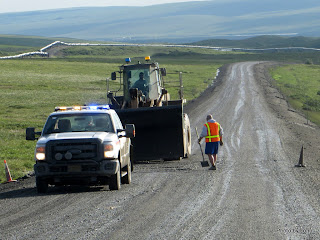 and road maintenance, (note the shorts) 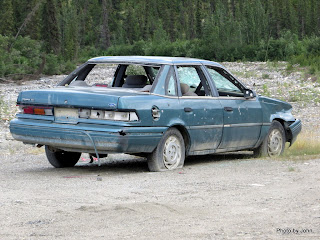 and absolutely no trash except for this one abandoned car a few miles north of Wiseman.

I saw one fox and two caribou, all within 30 miles of Prudhoe Bay but didn't get a decent picture of any. 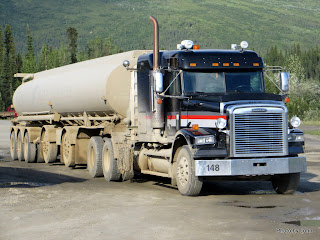 and of course there were trucks. Lots of tankers hauling northbound and running back empty. 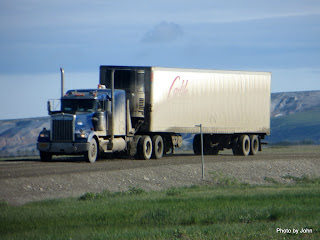 Some vans (by this point the mud had dried) 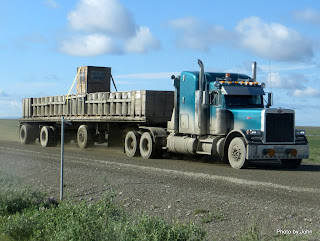 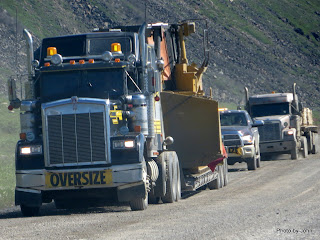 and one wide load, but nothing unusual.

Almost all the trucks would slow down and edge over when they would meet you and expected that you would do the same. 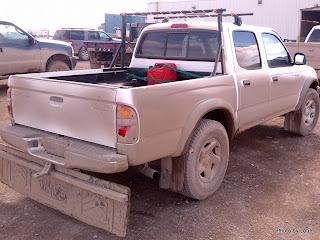 My truck was filthy by the time I got to Deadhorse, but the road was dry or nearly so on my return.

I didn't need the jerry can of gas, but the Yukon Crossing Visitor Center hostess that woke me at the Arctic Circle did - she'd left Yukon Crossing without enough fuel to get back.
Posted by Just Finding Our Way at 9:00 AM