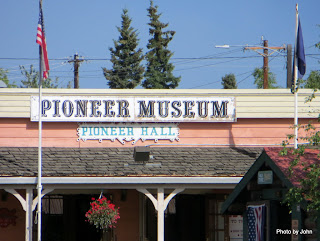 While we spent the better part of a week in Fairbanks, there's not much blog to show for it since we had our hands full with an injured dog. We had a chance individually to visit Pioneer Park and found it to be well worth the time. 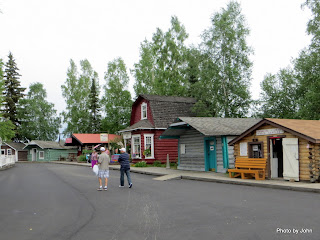 The Park (no entrance fee) has a collection of log cabins and other structures that house period businesses or museums. Depending on how you count them, there are three or four museums on the grounds.

The Pioneer Museum (free) houses many artifacts as well as some wonderfully detailed dioramas such as this one depicting a gold dredge. 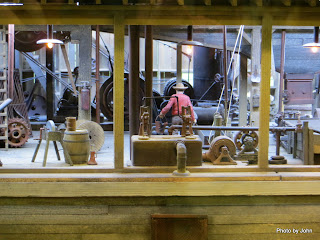 Here's a close-up of part of the dredge model. It was hard to shoot through the glass without flash. 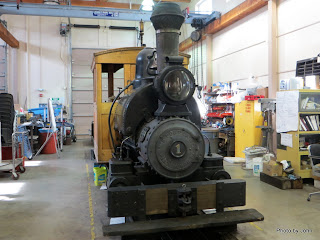 The small railroad museum ($2 adults, $1 senior) had an original Porter in their shop and a few other things. They operated a new Porter look-alike pulling passengers around the park. 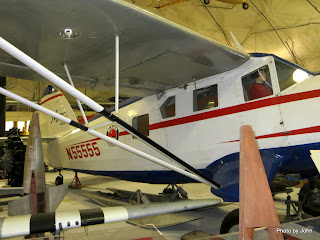 The Aviation Museum ($3 adults) had several historic bush planes including a Norseman that had once been owned by Alaska Airlines. The museum was full of bits and pieces especially interesting to an aircraft mechanic or aviation historian but was challenging to photograph. The paddlewheeler Nenana (free) was full of dioramas on the first deck of almost all of the villages and towns that were served by the boat. 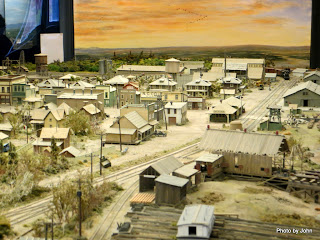 Once again the dioramas were star of the show.

This post was written and uploaded via our Millenicom hotspot using our Wilson Sleek amplifier at Denali National Park. There seems to be one 3G tower that gets badly overloaded in the afternoons and evenings.

For those wanting a dog update, Turk is slowly healing, but continues to drain serum from one location on his incision. Travel seems to make it worse so we'll be moving very slowly and likly out of cell range for much of the next week.
Posted by Just Finding Our Way at 9:23 AM