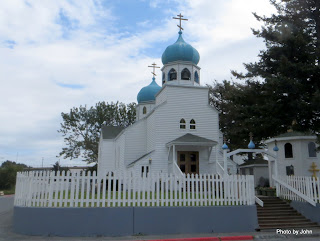 When I have the chance, I try to get pictures of Russian Orthodox Churches because they sometimes have interesting architecture and they're so connected with Alaska's history. The church in Kodiak surprised me because it obviously wasn't as old as I'd anticipated. Turns out this building was built in the 1940s after the previous iteration burned to the ground. 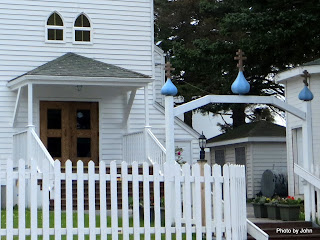 Off to one side of the church is a collection of broken bells and a cast plaque that tells the story. When the church burned in 1943, the only thing that remained were the broken bells. 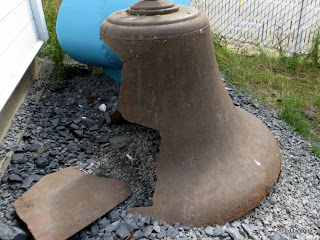 Some of the bells had been cast in Kodiak between 1794 and 1796. Others had been added at various times. 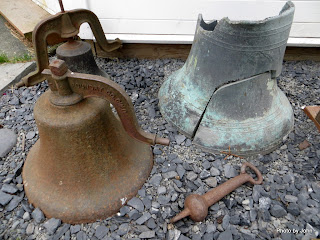 When the church was rebuilt after WWII, there weren't enough funds to replace the bells, so for over 35 years the belfry was empty. 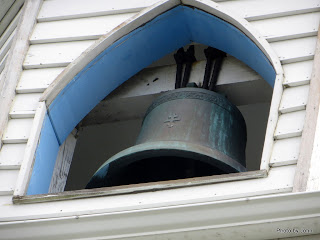 In 1979, members of the parish and others donated funds to buy eight new custom cast bells from France. Not just parish members but members of the community including the local newspaper - 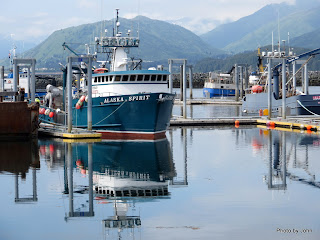 another example of Alaskan spirit!
Posted by Just Finding Our Way at 12:00 PM