Communities of the Haul Road 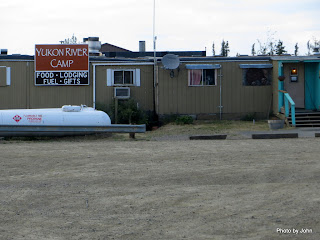 Once actually on the Dalton Highway, there are only three communities to purchase fuel. There are a few more places where you could rent a room or perhaps find a meal, but a trip on the Haul Road assumes self sufficiency in many ways.

Yukon Crossing is the first community when you start north. Yukon River Camp offers gas, food, and lodging in a chain of prefab buildings. 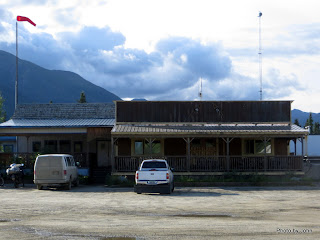 About 15 miles north of Yukon Crossing is another business establishment offering food and lodging in a similar model.

Coldfoot has the restaurant made famous by the Ice Road Truckers television show. Between 6 and 9 p.m. your only choice is the buffet which looked like it could require an iron stomach. 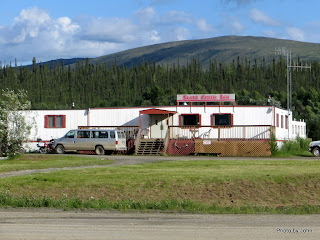 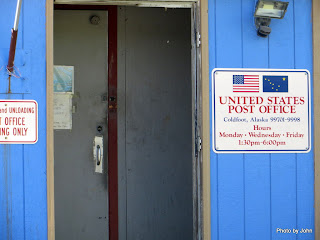 a Post Office if you're there at the right time, 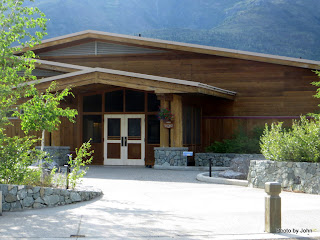 and a very nice Visitor Center. 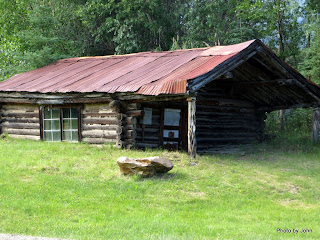 About 18 miles north of Coldfoot is the small community of Wiseman with a former Post Office, 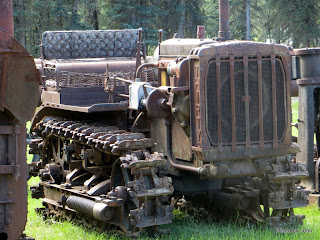 a mining museum, and at least one Bed & Breakfast. I should have spent more time exploring this town.

Happy Valley is a collection of cabins around an airstrip that serves as a hunting base during the hunting season but it didn't rate any pictures. 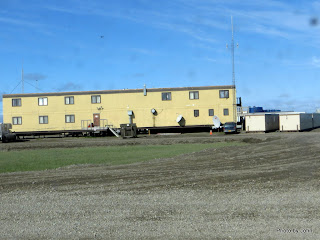 Deadhorse, aka Prudhoe Bay, is an industrial community with very few permanent residents. It has at least three motels (the picture is Deadhorse Camp,) 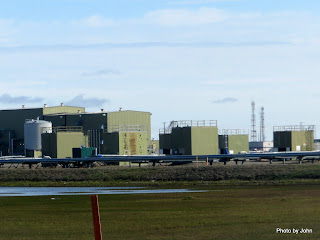 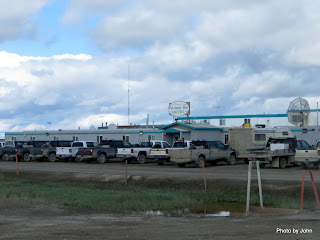 The motel of choice is the Prudhoe Bay Motel across from the airport and is reported to be the only one that doesn't have the bathroom down the hall. It appeared to be a popular place to eat lunch as well but I can't vouch for the rooms or the food. 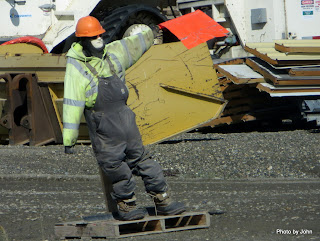 If you go, watch out for flagmen that are off kilter, 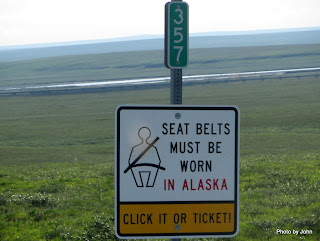 and keep your seatbelt fastened, even if you are within 60 miles of Deadhorse before they mention it!

We're in Denali now for a few days and may be out of range for blog posts. We'll see.
Posted by Just Finding Our Way at 9:00 AM