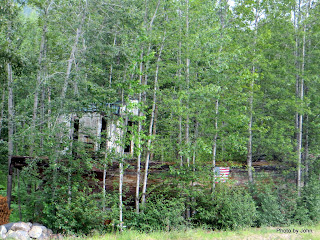 When we first arrived in Eagle River this summer, I spotted a derelict wooden boat hiding in the trees north of town. At the time, I told BJ that I wanted to come back for pictures. A couple weeks later, the boat was featured in a Saturday issue of the Anchorage Daily News, providing more background. 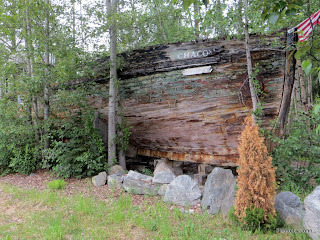 Built in 1912, the 82' Chacon worked in Alaska for most of its life before being left on the beach in Homer. 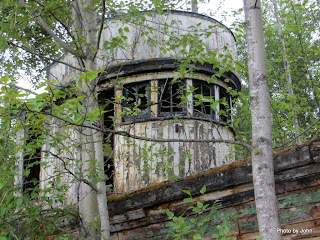 The current owner purchased it in 1984 and had it moved to the current location with the intent of repairing it and then using it to sail around the world. 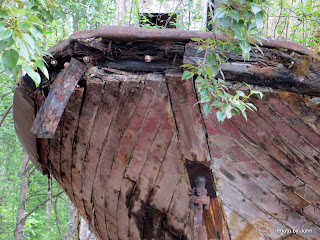 It appears that little has been accomplished in the ensuing 40 years, although the trees have grown. 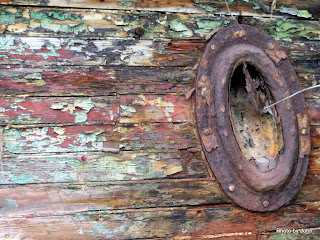 Lots of character to the boat, but it doesn't look like the owner's dreams will be realized.

Our plans have changed some as well, but not as drastically. Turk is scheduled to get his stitches out on the 30th after his second surgery. Assuming all is well, we'll leave Eagle River on August 2nd to start working our way south. Valdez, Haines, and Skagway are off the list for this trip, but I'm hoping we'll be able to do Chicken, Dawson, and Hyder on our way.
Posted by Just Finding Our Way at 10:00 PM