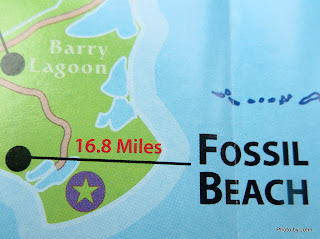 At the suggestion of one of the ladies in the Visitor Center, I'd pointed my rental car south on Chiniak Highway and then turned onto Pasagshak Bay Road headed for the views at Surfer's Beach, but the road kept going and so did I - headed towards the end of the road at Fossil Beach. 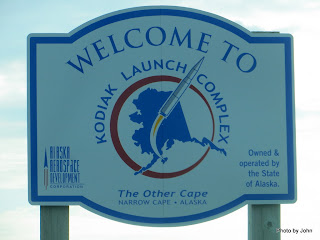 The map mentioned it, but I didn't expect the road to go through the middle of a state owned missile launch complex. 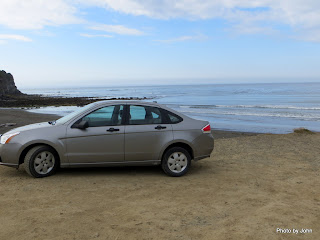 The gate was open, so I kept going. The last part of the road to the beach was clearly not designed for rental cars but I didn't require a tow truck to get back up the washed out hill, so it's all ok! 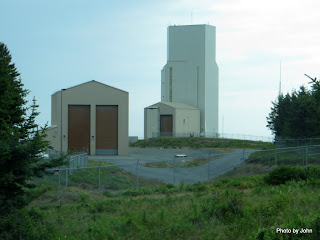 Turns out the launch complex - "The Other Cape" - has been developed as an economic development project by the state. It currently has two launch pads used to place payload into polar orbit patterns. 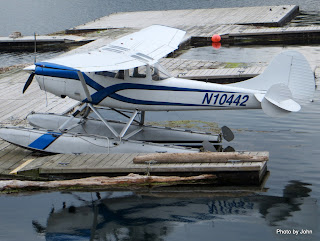 The other surprise was back in town at the float plane basin. These planes are now quite rare in military form and especially when titled with the very rare (they only made two) civilian model number. I'm going to have to check my old log books, but I'm just about positive I towed gliders in this specific plane when it was on wheels in the Northwest. Small world!
Posted by Just Finding Our Way at 1:00 PM