Kennicott or is it Kennecott? 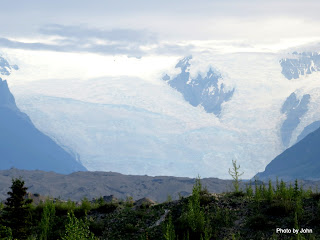 The Kennicott glacier and the resulting Kennicott river were named after Robert Kennicott, the chief scientist on an expedition to find a telegraph route from the US to Russia. Most people believe that the mine and mining company names are an inadvertant misspelling. The town is spelled the same as the glacier. 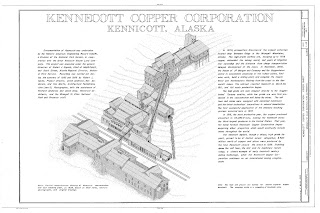 The high grade copper deposits were discovered in 1900 but the logistics made mining the deposits very expensive. The Kennecott Copper Corporation was formed in 1903 by the Havemayer and Guggenheim families and J.P. Morgan to fund the development of the mines, mill, and the Copper River and Northwestern Railroad used to haul the ore from Kinnicott to the sea at Cordova. 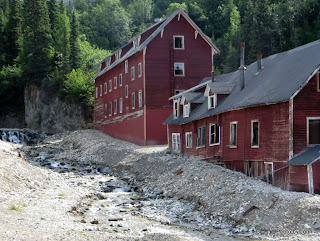 The ore was shipped from Cordova to the smelter in Tacoma, Washington. The mine closed when the deposits ran out in 1938. Some high value items were removed but the buildings and most of the furnishings and equipment were left behind. 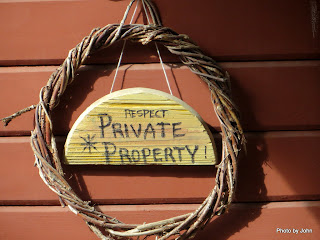 Quite a few of the houses are private property, purchased before the National Park was formed in 1980. 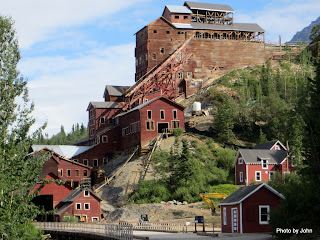 The iconic mill and concentrating plant, after years of neglect, is now the subject of efforts to stabilize it and replace some of the rotting log foundations. 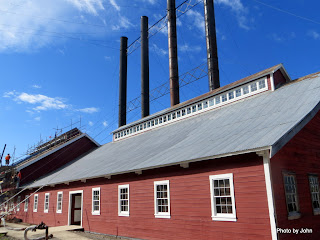 Parts of the power plant have been stabilized and repaired while work continues on other parts. 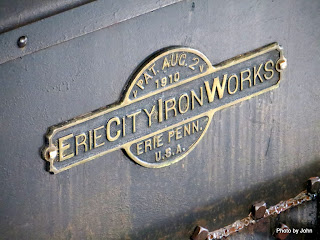 Inside the powerplant was a telling artifact. The railroad started hauling ore to Cordova in 1911. Note the patent date on the boilers. The mine and mill were using the best and most modern equipment available to them. 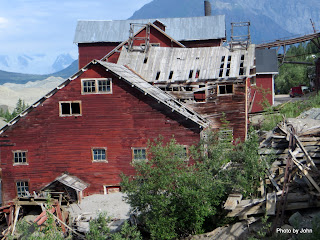 Other buildings wait their turn for repairs 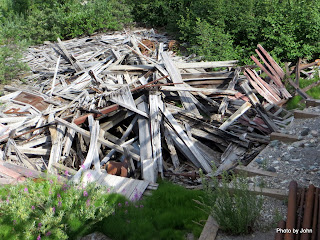 while some are already gone. 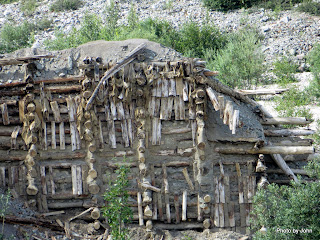 Just foundations of others remain. 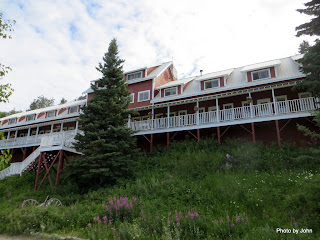 It's possible to stay right in Kennicott at the Kennicott Glacier Lodge. Meals are also available there or at the "pizza bus" on the lower level of the town. 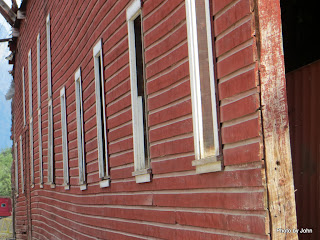 Given the years, things aren't as plumb and level as they once were 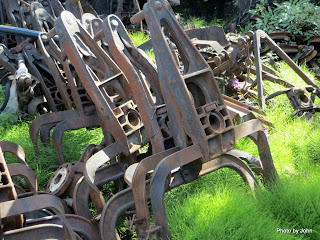 but I found it awe inspiring to think about the challenges of weather, available technology, and location that these miners had to overcome in order to be successful.

Had to get a rust picture in - they're hangers for tramway buckets.
Posted by Just Finding Our Way at 10:00 PM