With the deck glassed inside and out, it was time for the scary part - cutting out big holes in a perfectly good deck. We laid out the shape for the hatches using blue tape and when we were happy with them, the hatches were cut out with a sabre saw and a fine tooth blade. 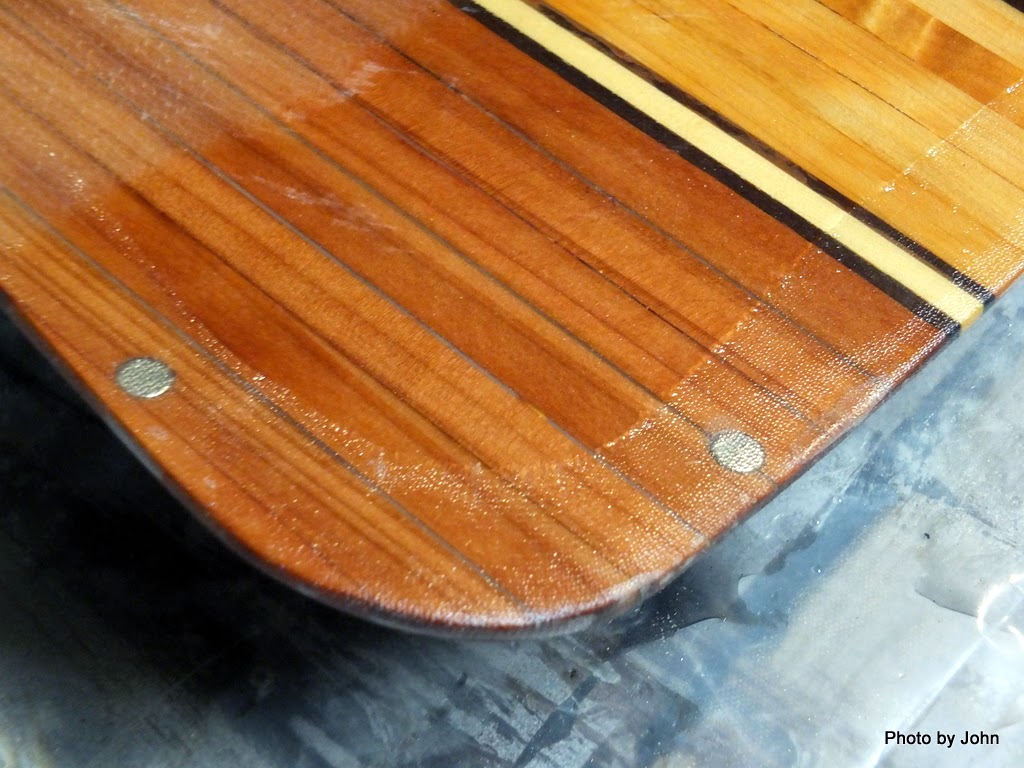 Rare earth magnets were installed in the perimeter of the hatch cover and then a layer of 3.25 oz bias cut fabric was installed covering the magnets and wrapped around the edge of the hatch cover. The 3/8" magnets work very well, but have to be covered with fiberglass fabric to protect them from corrosion. 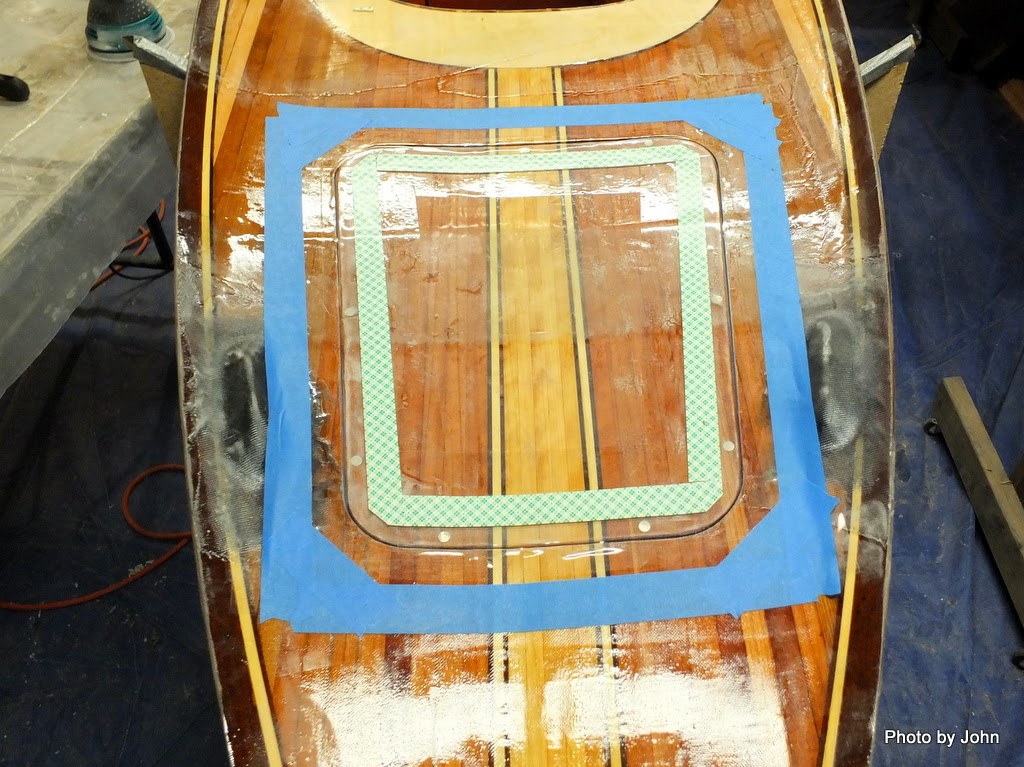 Once the hatch cover edges were cured, the covers were taped in place on the outside and then all of the surfaces around the edges of the cover were smoothly taped with clear packing tape. Blue tape was used to locate the outer edges of the hatch retention frame. 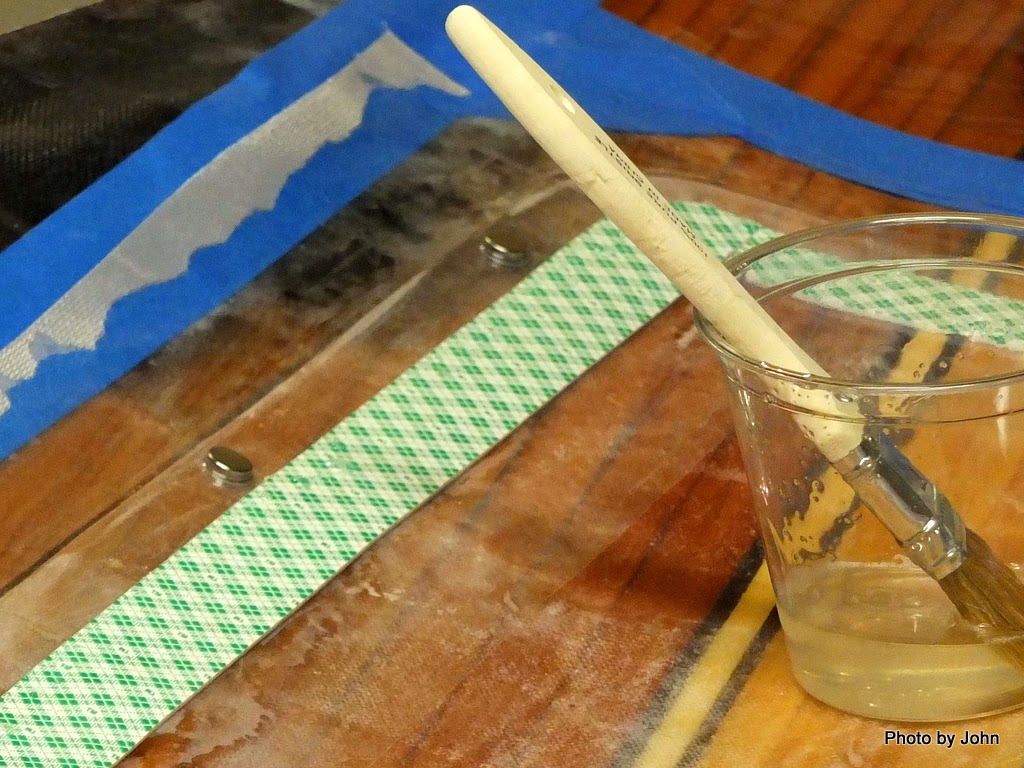 Double faced tape was installed about 1/8" from the inner edge of the magnets to form the recess for the foam seal. A layer of 4 oz glass was wet out spanning from the double faced tape to the blue tape and then matching magnets were dropped in place, mating with the magnets in the hatch cover. 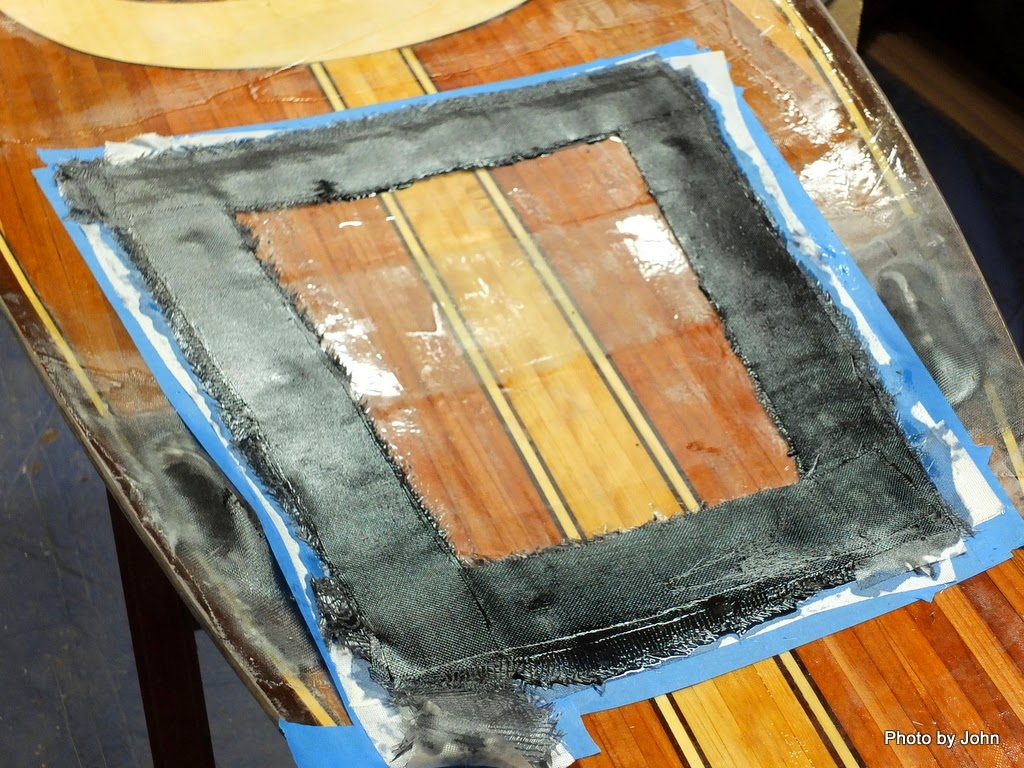 The magnets and the edge of the double faced tape were covered with thickened epoxy and then the frame structure was built up using three layers of 17 oz. fabric and black tinted epoxy. 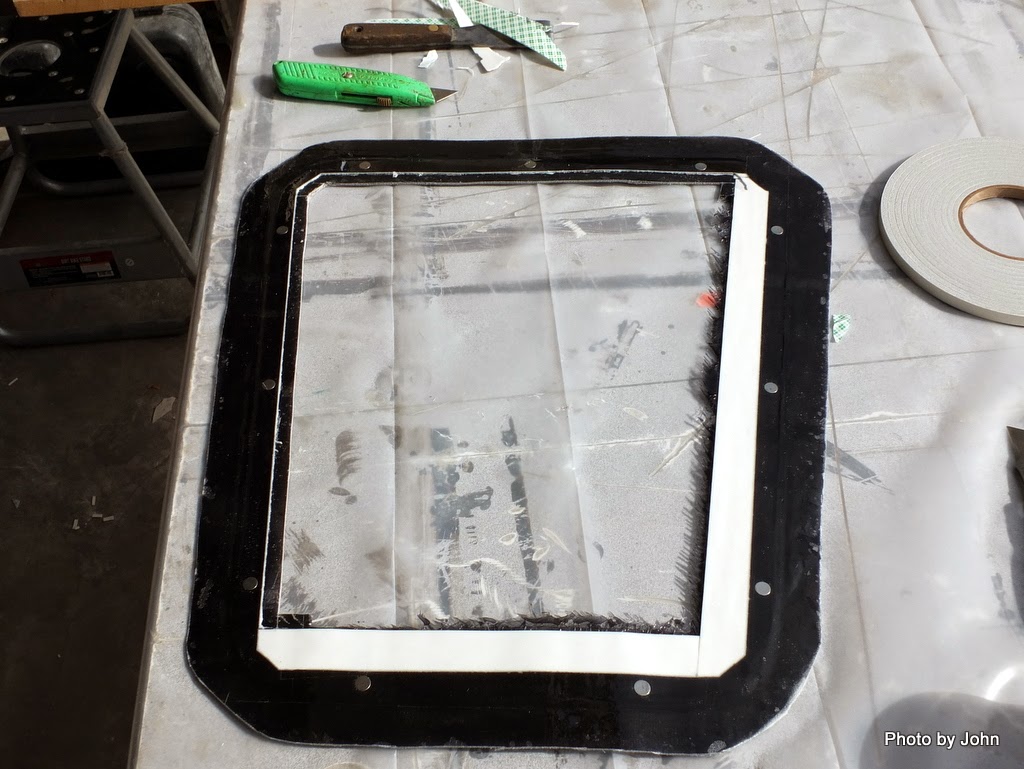 The next day, the frames were peeled from the clear and blue tape layers and the outer edges were trimmed. The recess formed by the double faced tape was cut back to about 3/8" wide. 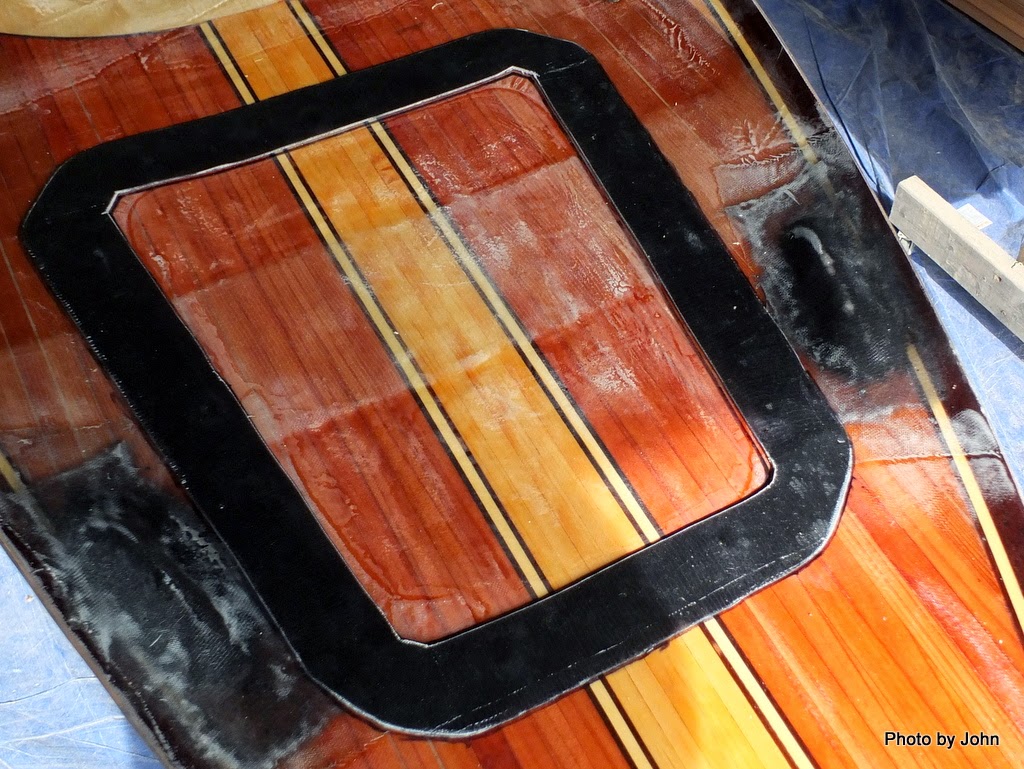 The frame was dropped in place allowing the magnets to locate it. Both the inside and outside perimeters were marked with a permanent marker. The outer mark is used to locate the frame when epoxying it in place. The inner mark is used as a guide for applying the foam closed-cell weatherstripping seal to the hatch cover. 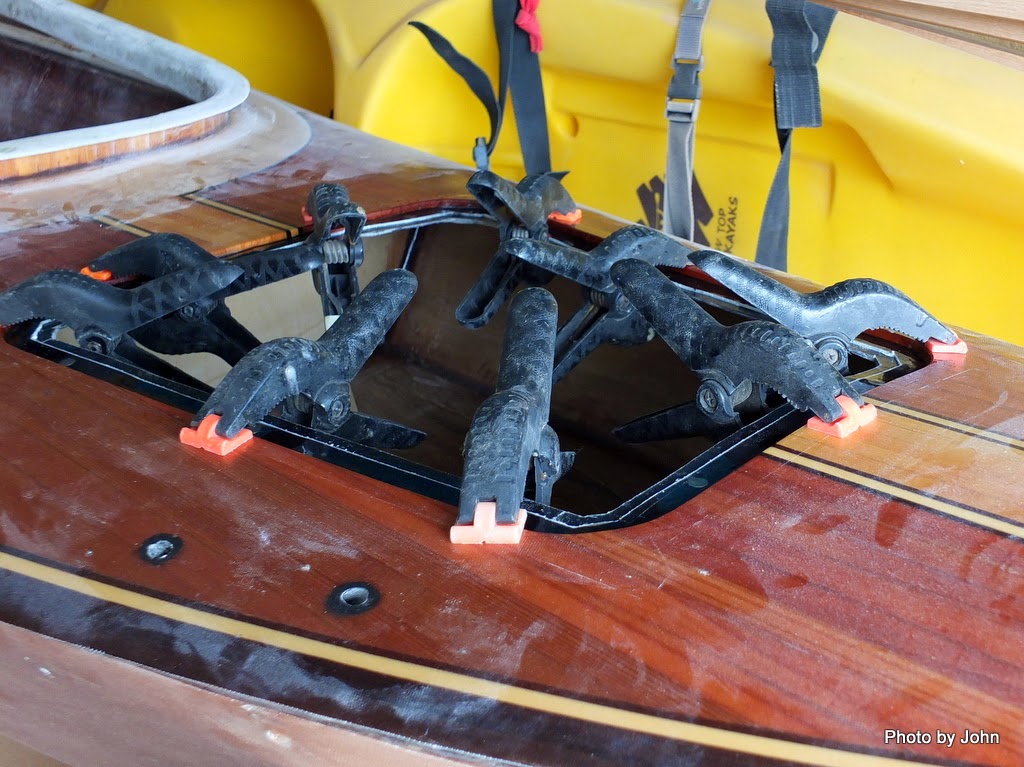 The frame was epoxied in place and then any squeeze-out was carefully removed from the edge of the hatch recess.

The process is simple but time consuming because of the curing time needed between steps. It was the fourth day before the clamps could come off the installed frames.
Posted by Just Finding Our Way at 2:30 PM