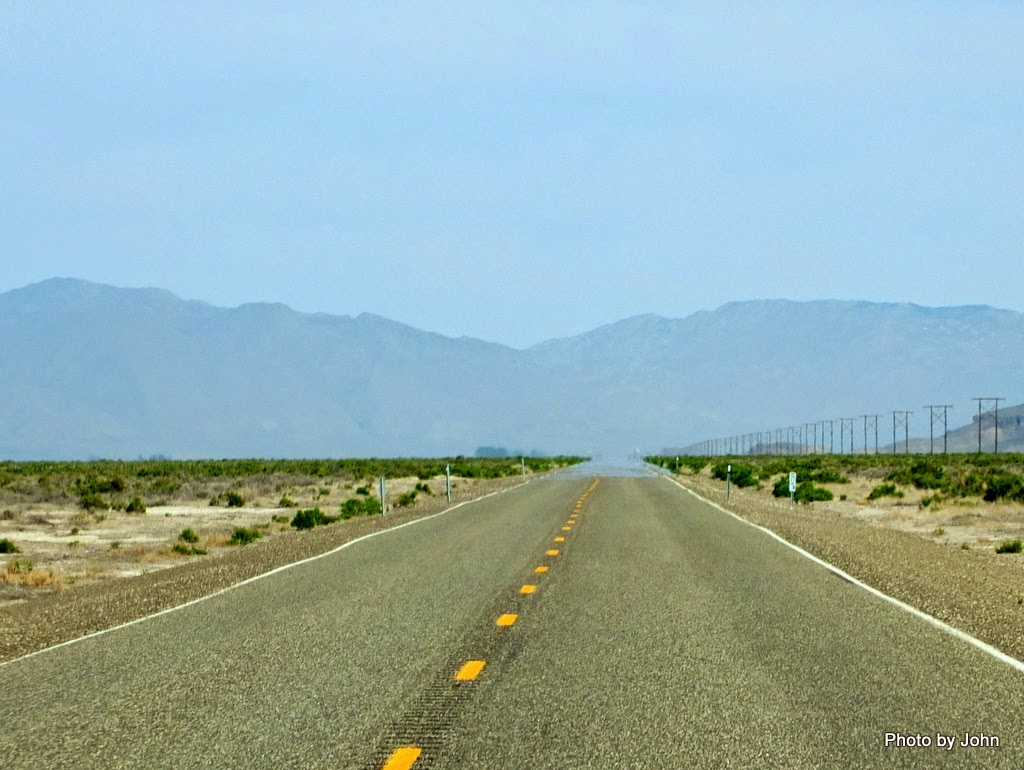 We departed Winnemucca yesterday morning on our continued quest for lonely roads and a place to nest for the holiday weekend. We started out heading north on Highway 95 and then turned off onto Nevada 140. We picked up four large buses a few miles outside of Winnemucca and they were content to trail us all the way to the state line. With that exception, we didn't see more than vehicles all the way to the Nevada border.

Microsoft Streets & Trips said there was gas at Denio, Nevada but not so. On the other hand, there was gas and diesel at the general store in Fields, Oregon that it didn't know about. The buses all followed us to the store where they each bought $20 of diesel. Something about needing to travel out of Nevada regularly to keep their interstate permits & Fields was the closest place to get a fuel receipt as proof they were out of state. With receipt in hand, they headed back to Winnemucca where they make their living hauling miners to the mines. 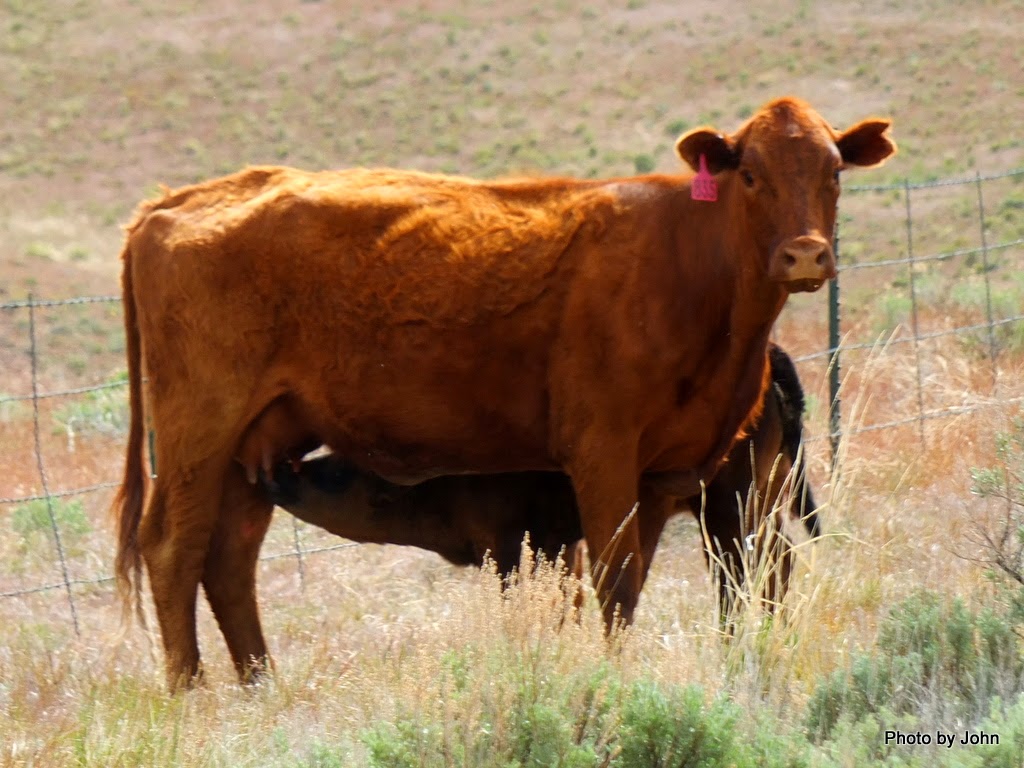 We stopped at Long Hollow Summit on Oregon 202 to let the dog go for a walk. Lots of cow & calf pairs in the area 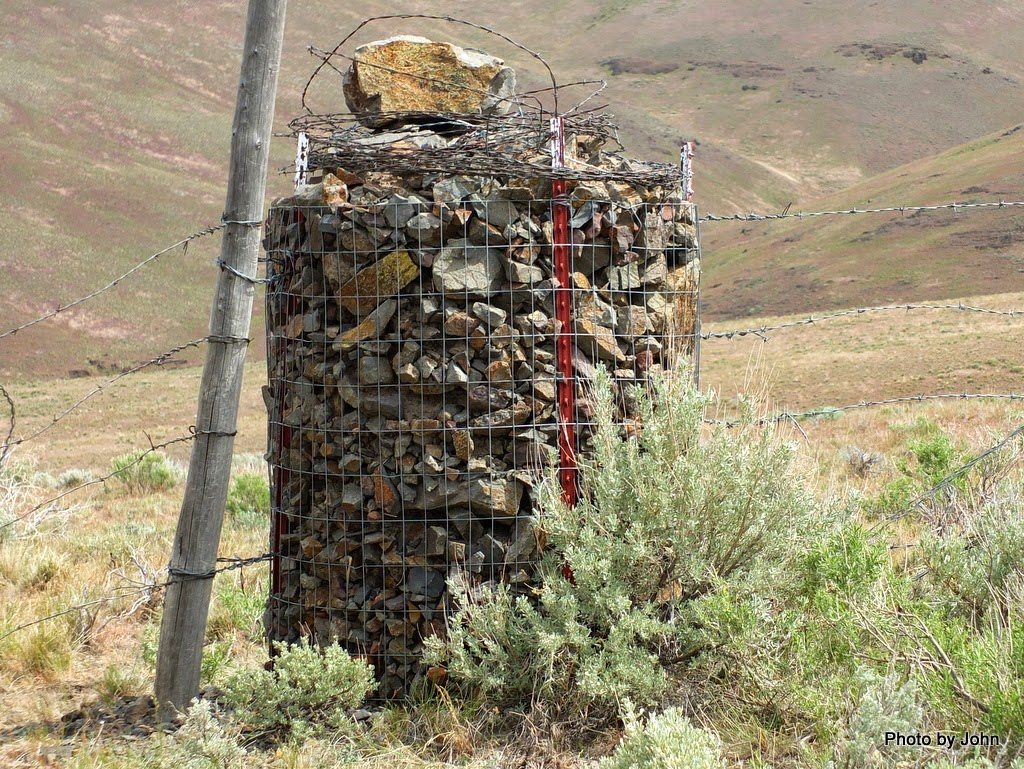 on both sides of the fence. Loved the gabion fence posts at the gates and corners. 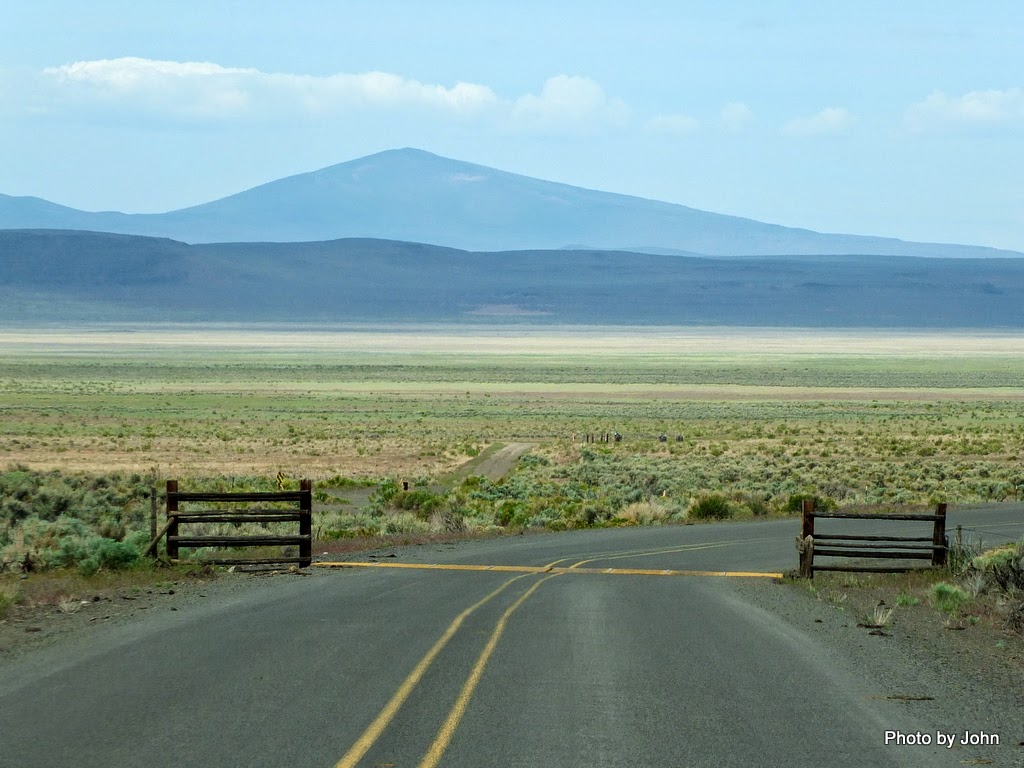 If anything, Oregon 202 was even less used than Nevada 140, at least until we got close to Frenchglen. The very steep descent into Frenchglen that the Allstays Camp and RV app told us about was everything they'd said. Glad it wasn't longer and that I used first gear coming down the hill. 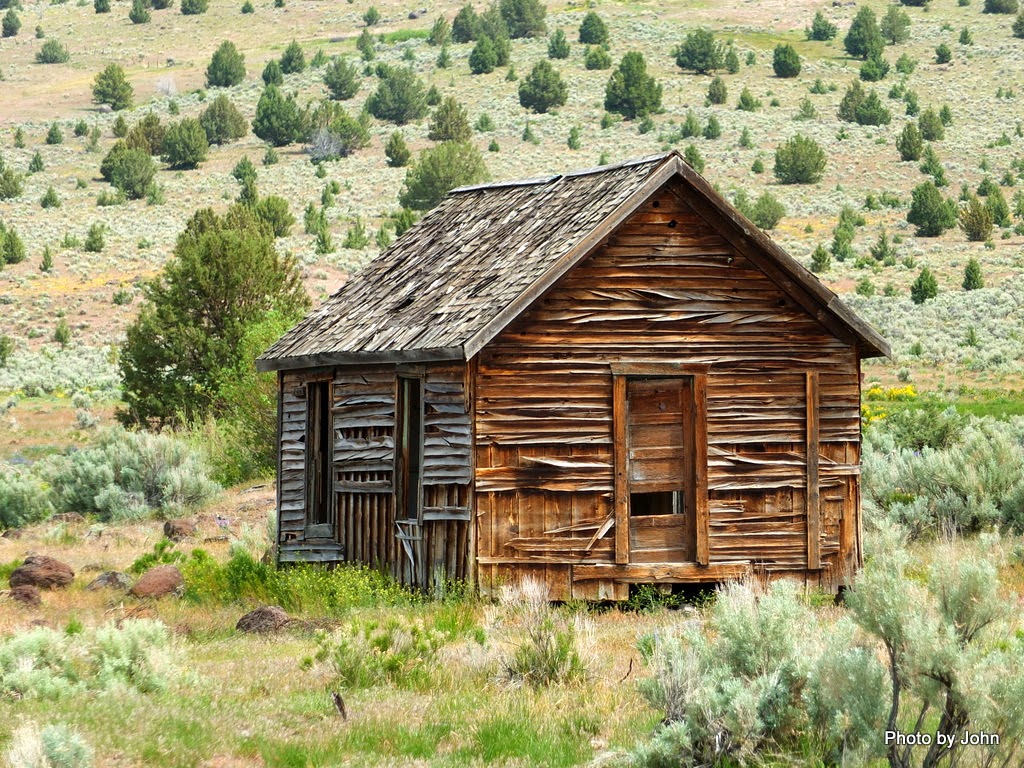 In addition to this derelict cabin, there were several scattered, active cattle operations along the way, including one with a long, asphalt, private airstrip.

Our anticipated destination was the Page Springs BLM  first-come first-served campground southeast of Frenchglen. Unfortunately, every one of the nearly 35 sites appeared to be "taken." About half featured a folding chair, a bucket, an open ice chest, or some other singular item (and a paid tag) giving the distinct impression the spaces were prepaid and saved for friends yet to arrive. I didn't think it was very nice, but I suppose the friends that benefited thought the system was wonderful!
Posted by Just Finding Our Way at 1:30 PM