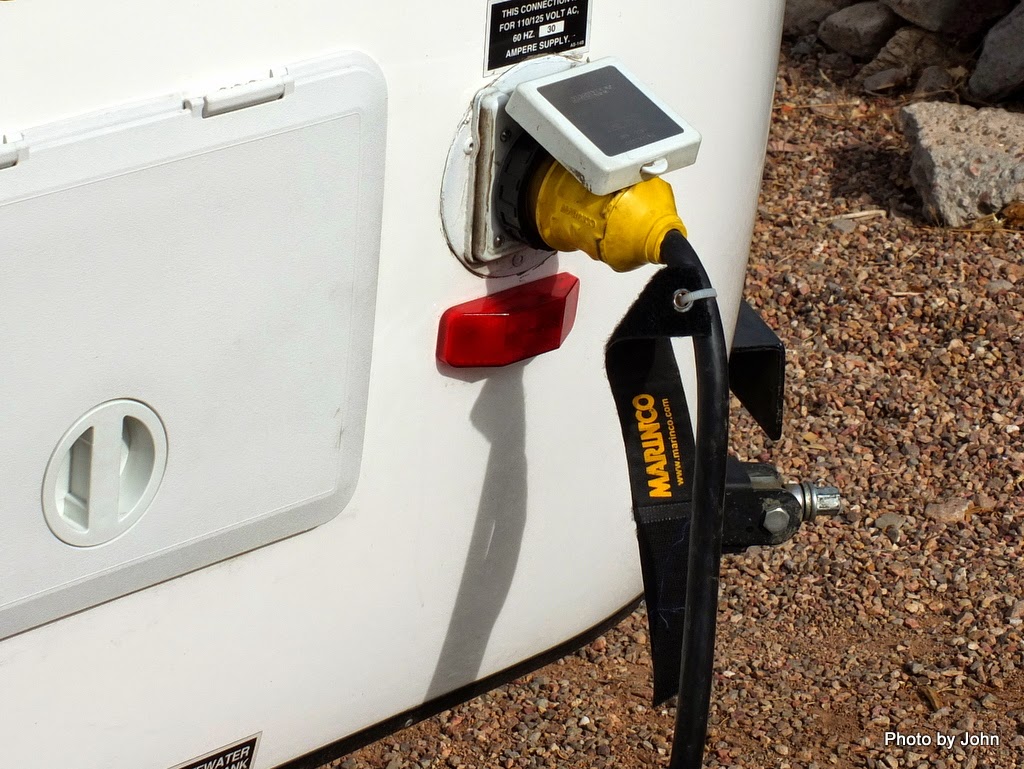 We unhooked our power and rolled out of town after a comfortable night in Boulder City compliments of our air conditioner. 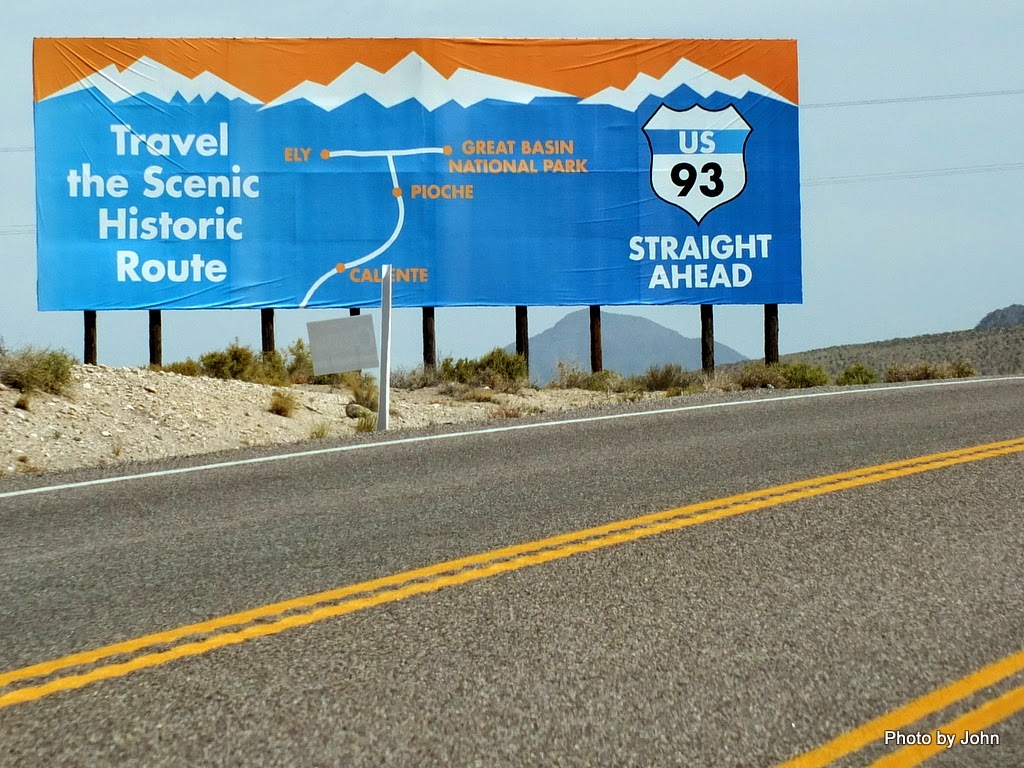 We headed north along Highway 93, passing through some historic towns along the way.

We checked out the beautiful Kershaw-Ryan State Park ($17 for camping, $7 for a day pass) but decided it was way too early in the day to be thinking about stopping. Caliente had a very nice train station from Union Pacific days but the town burned twice so there wasn't much history. I thought Carl's Burgers sort of summed up the historic side of Caliente. Says it's open but sure doesn't look like it. 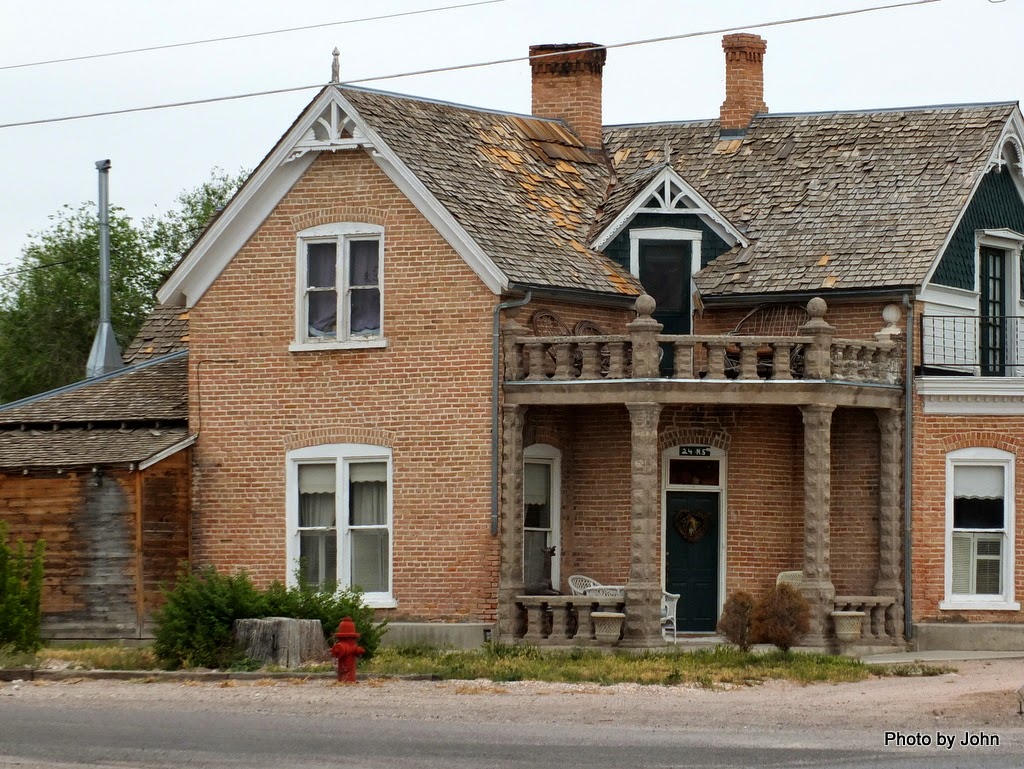 Panca had a few turn of the century (last century!) houses with the N. J. Wadsworth house the most ornate. It clearly needs some tender loving care or it will be just a memory.

The Cathedral Gorge State Park just north of Panca has some interesting geology and a nice campground, but nearly all of the spaces were too short. 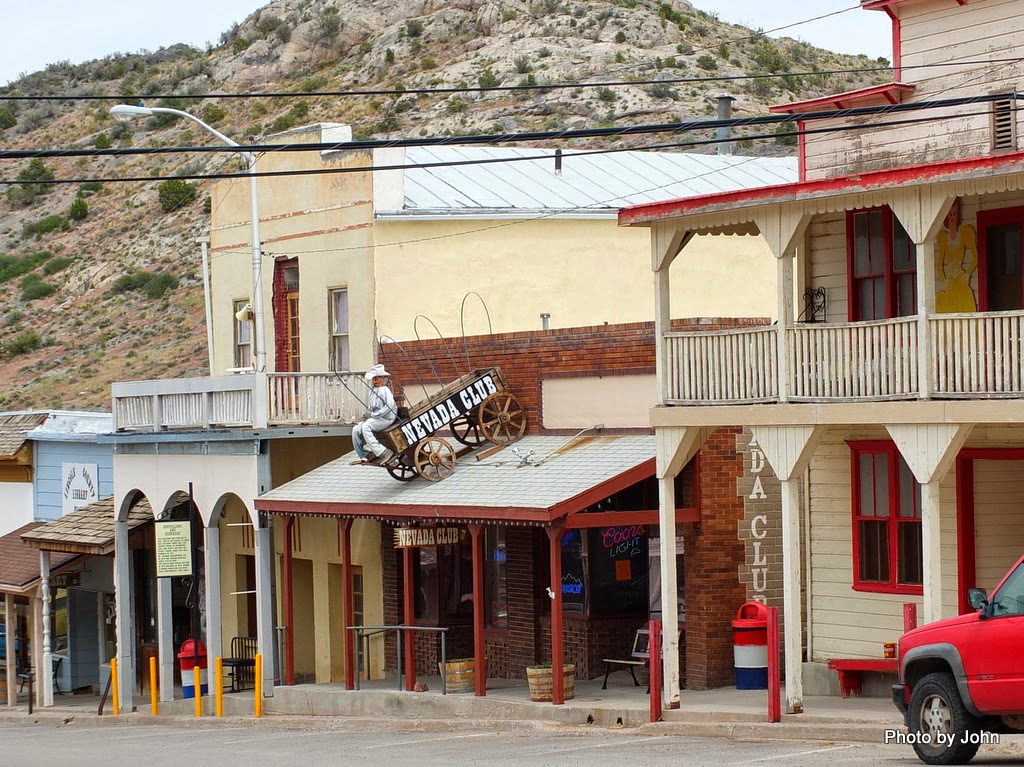 We stopped in Pioche for gas - the sign says it's 113 miles to the next gas station. 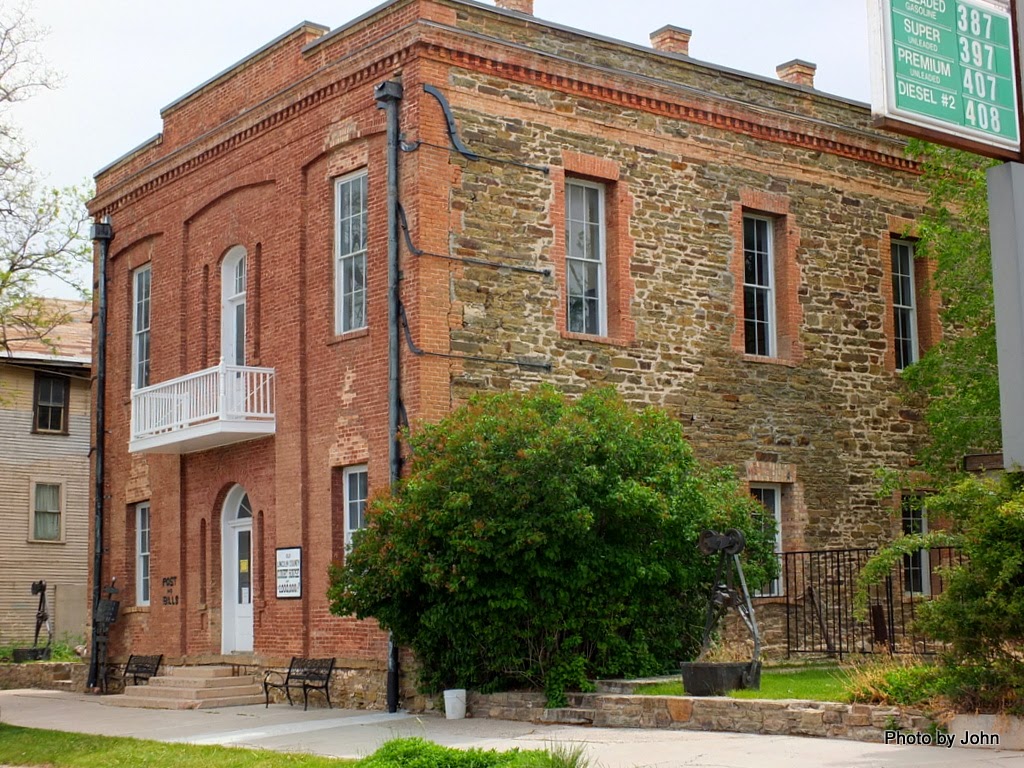 I was amazed to find the gas station was full service (including washing the windshield), and located right next to the infamous Million Dollar Courthouse. Seems the contract to build it was $26,400 in 1871 but with graft and interest it ended up costing a million by 1936. 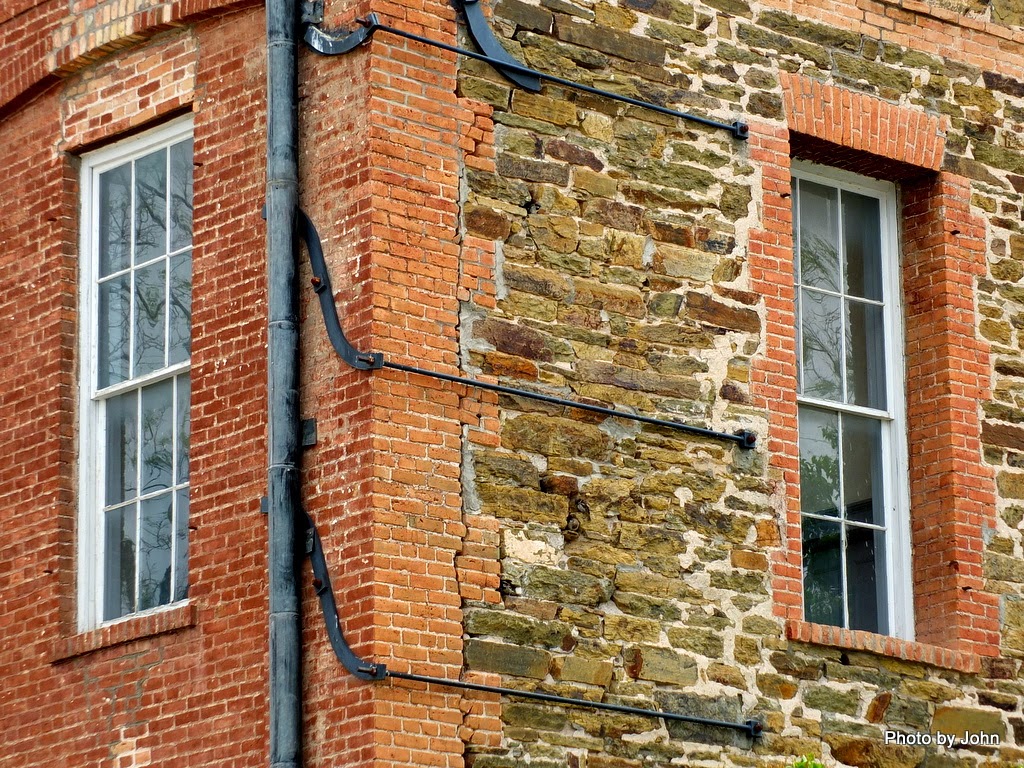 It was finally paid off after it was condemned. Not sure if the tie rods holding the brick facade to the stone sides were installed before or after the condemnation. And to top it off, the gas station attendant says it is haunted. 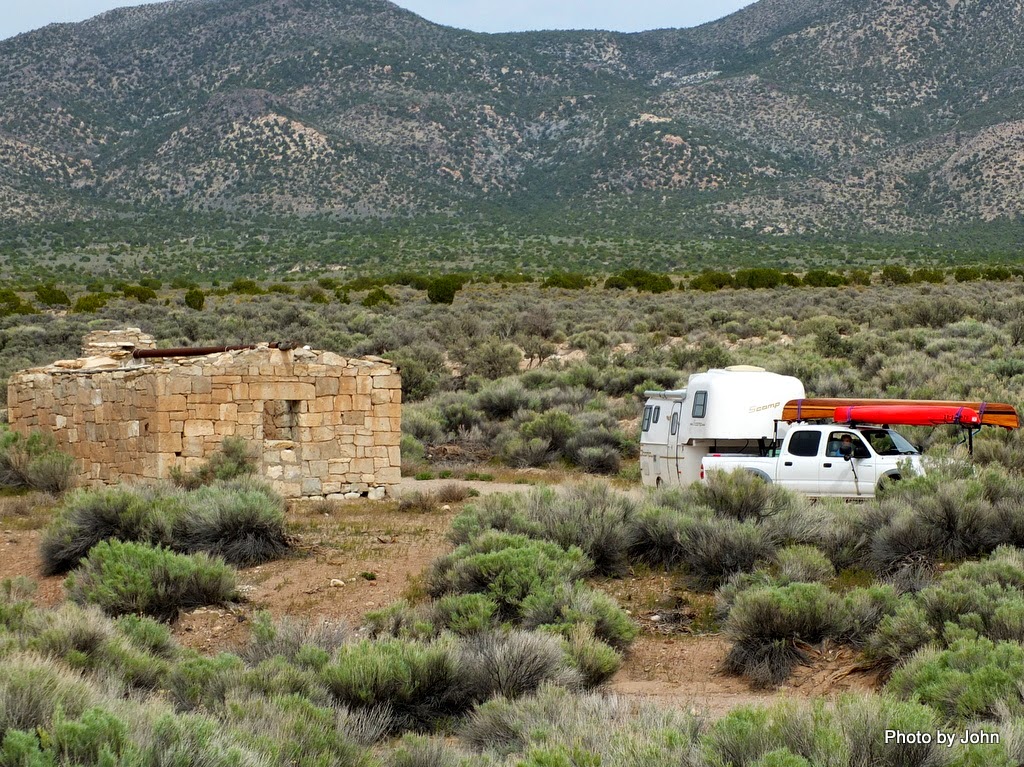 We explored the remaining structures at Bristol Wells before backtracking to our boondock spot for the night. 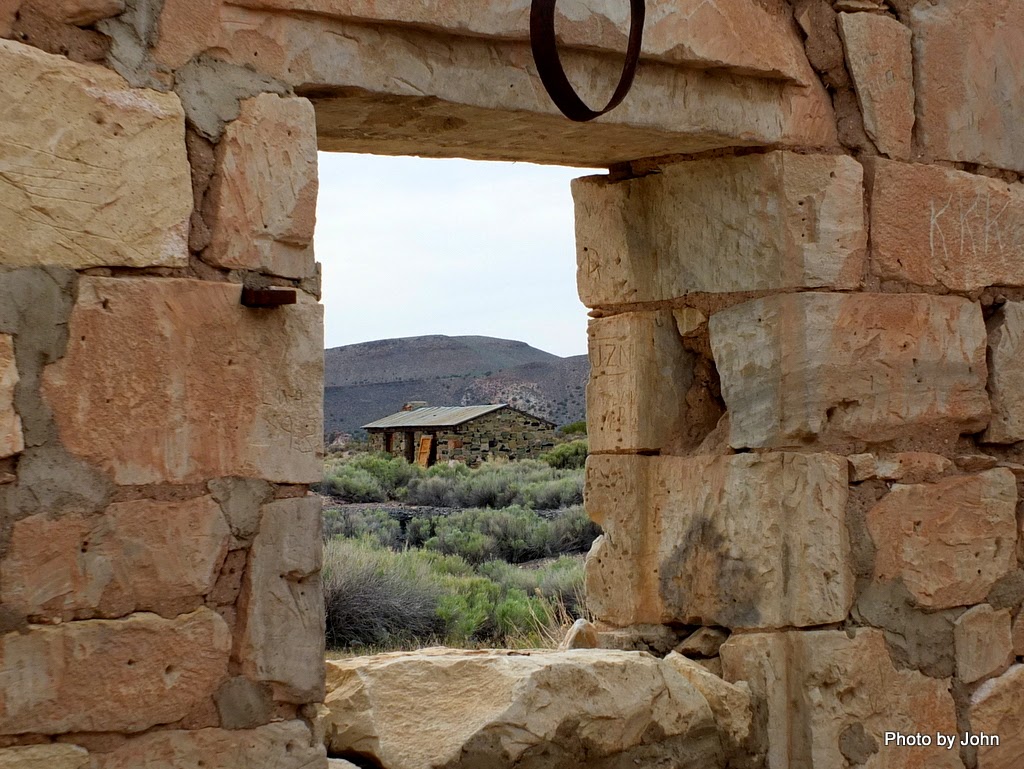 The blond colored stone cabin was carefully constructed with a recess cut into the stone around what had been a doorway, 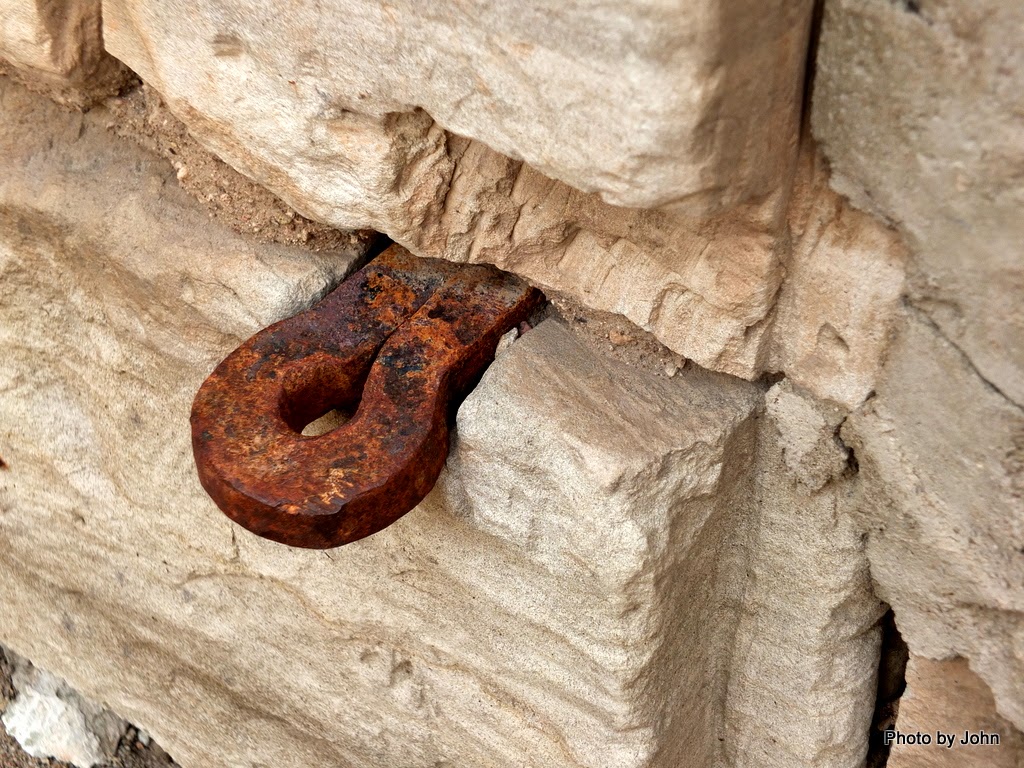 hand forged hinges for the door, 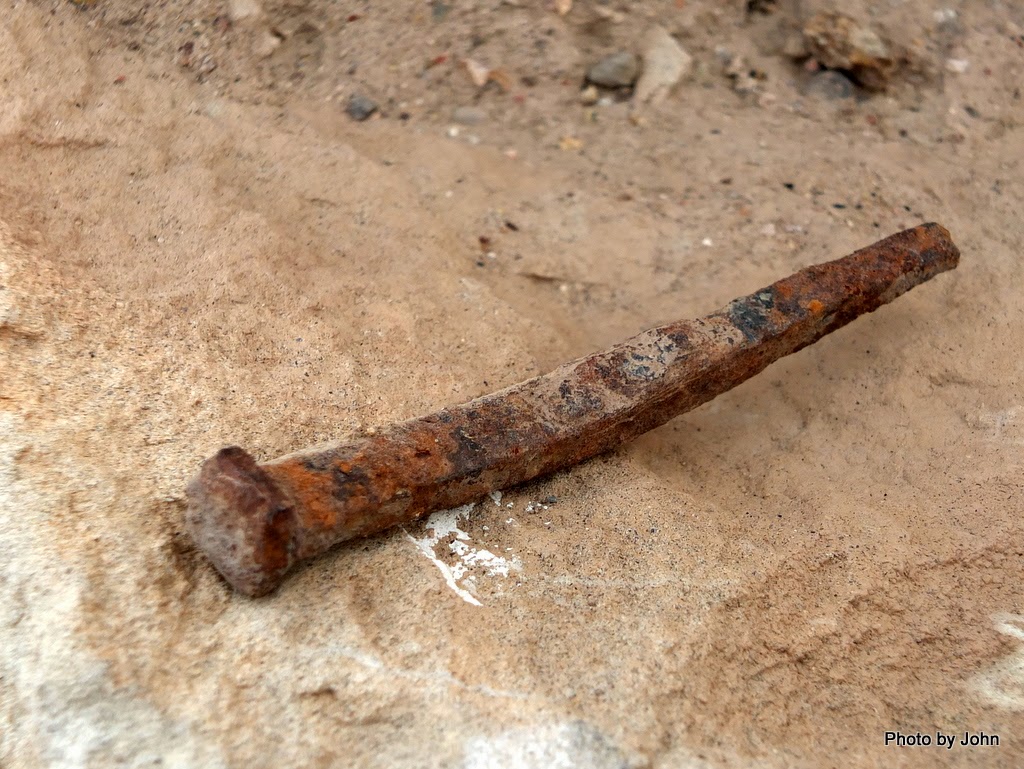 and hand forged nails found on the ground. 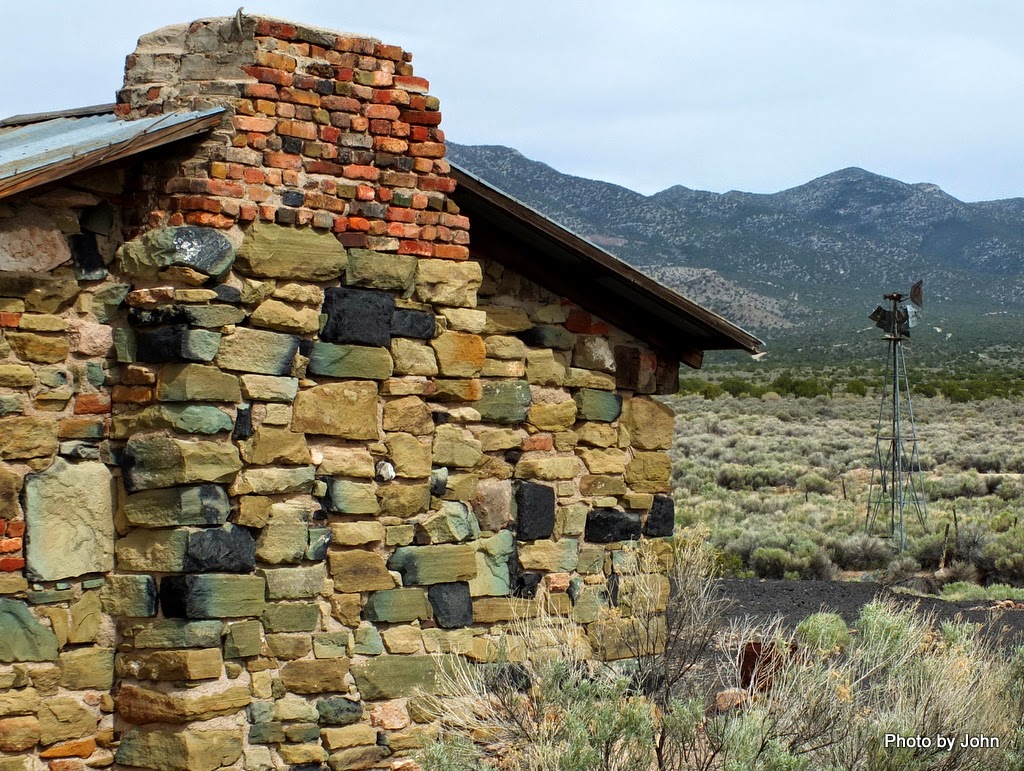 The other cabin had been re-roofed and used for habitation some time in the recent past. The chimney had been repaired and the fireplace inside had a sheet metal hood installed that clearly wasn't original. Just a hundred yards or so from the cabins was the remains of three stone charcoal kilns. Juniper wood was stacked in the kilns and fired into charcoal for smelting silver. 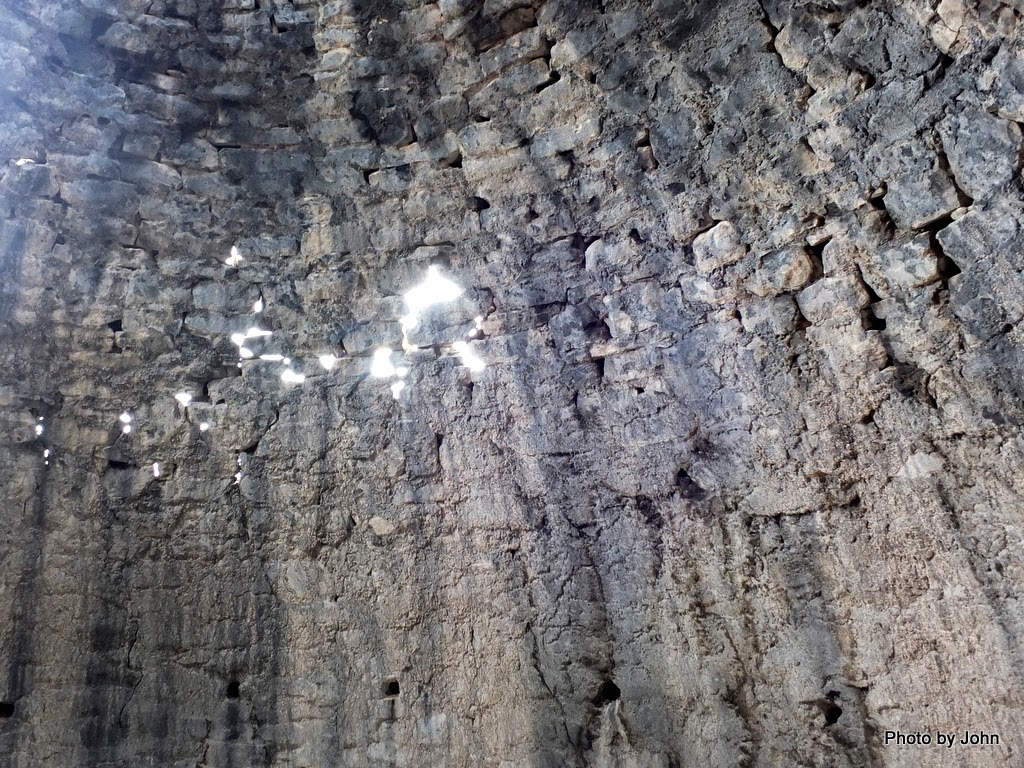 The kilns are quite complete 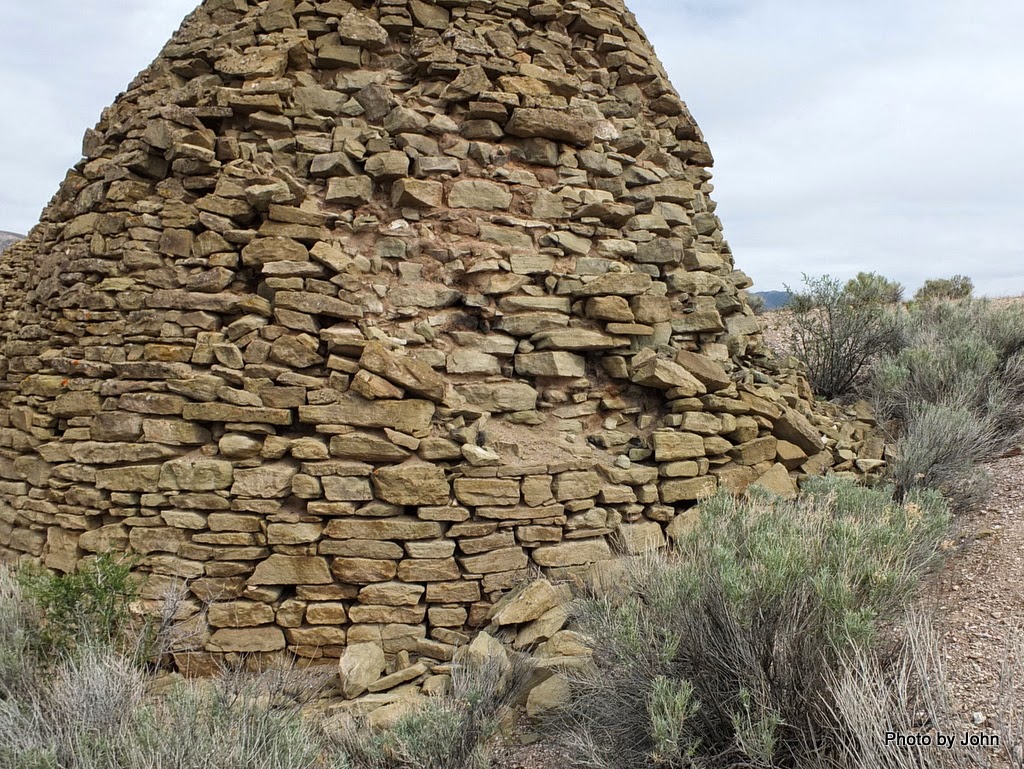 but starting to crumble.  Glad we got a chance to see them.

Home for the night was a small spot just off the road at the top of Bristol Pass. It's barely Scamp sized although there is also room along the main road and we haven't seen or heard any traffic. Verizon 1x using the antenna and amplifier. Slow, but workable.
Posted by Just Finding Our Way at 1:30 PM