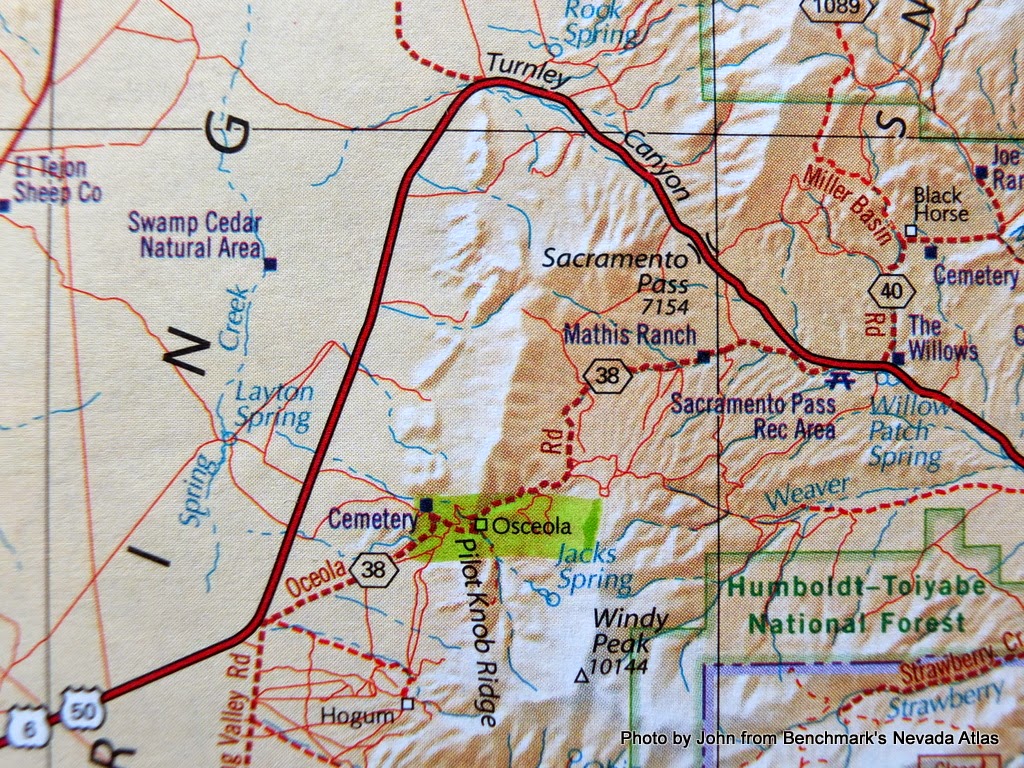 A State Park staff person at Cathedral Gorge State Park recommended the Osceola cut-off as an interesting route for us. I'm glad we didn't drag the trailer this route. Instead, we drove it with the pickup, starting at the east end. BTW, they are developing a nice campground (BLM, I think) at the Sacramento Pass Rec. Area that will handle rigs of any size. 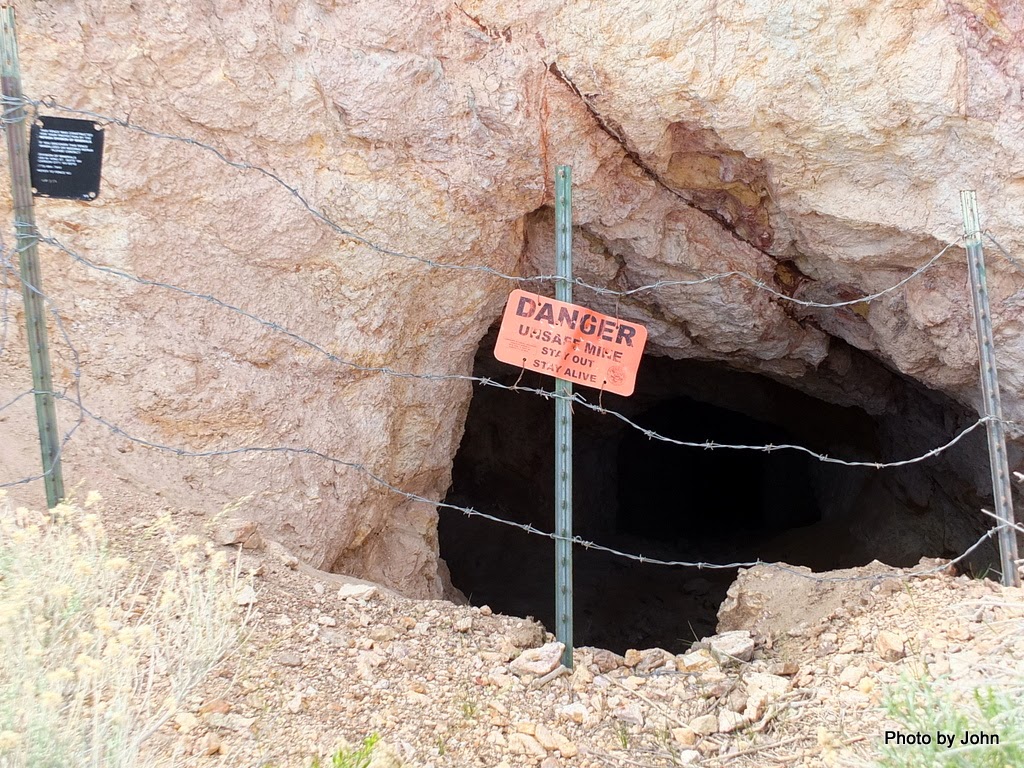 This area was extensively mined in the last half of the 19th century. Use care when wandering around - some claims are still active and lots of old mines have not be capped. 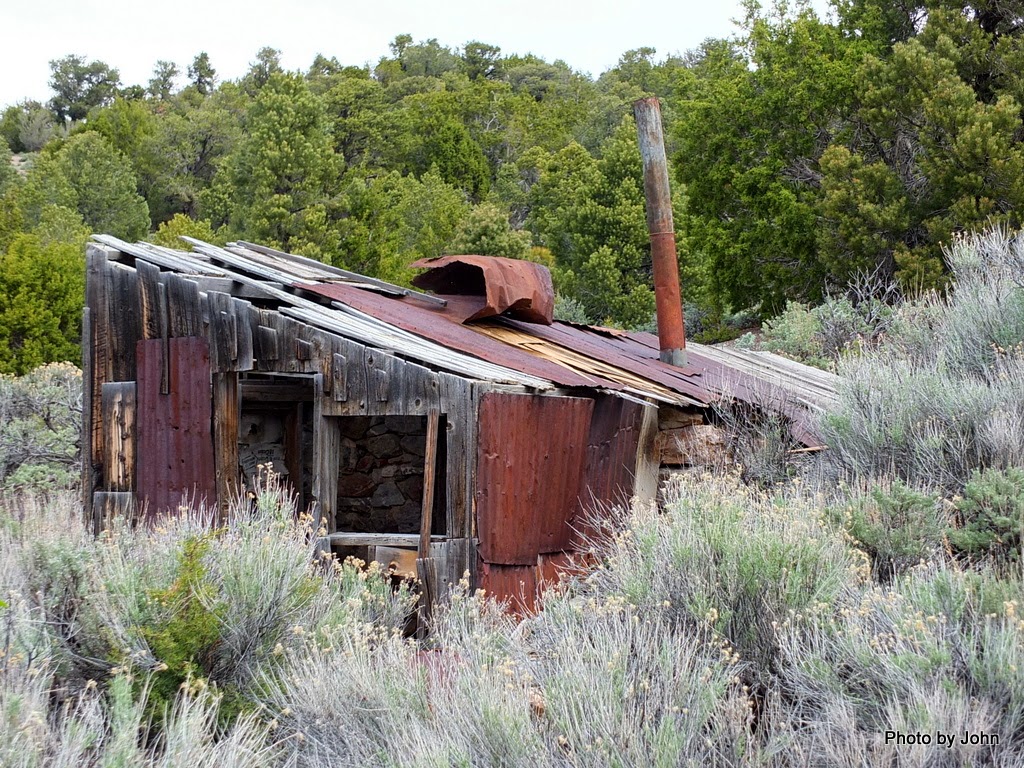 There aren't many historic structures left from Osceola's early days. We found this two room cabin below the road. The outer room was lumber and corrugated iron 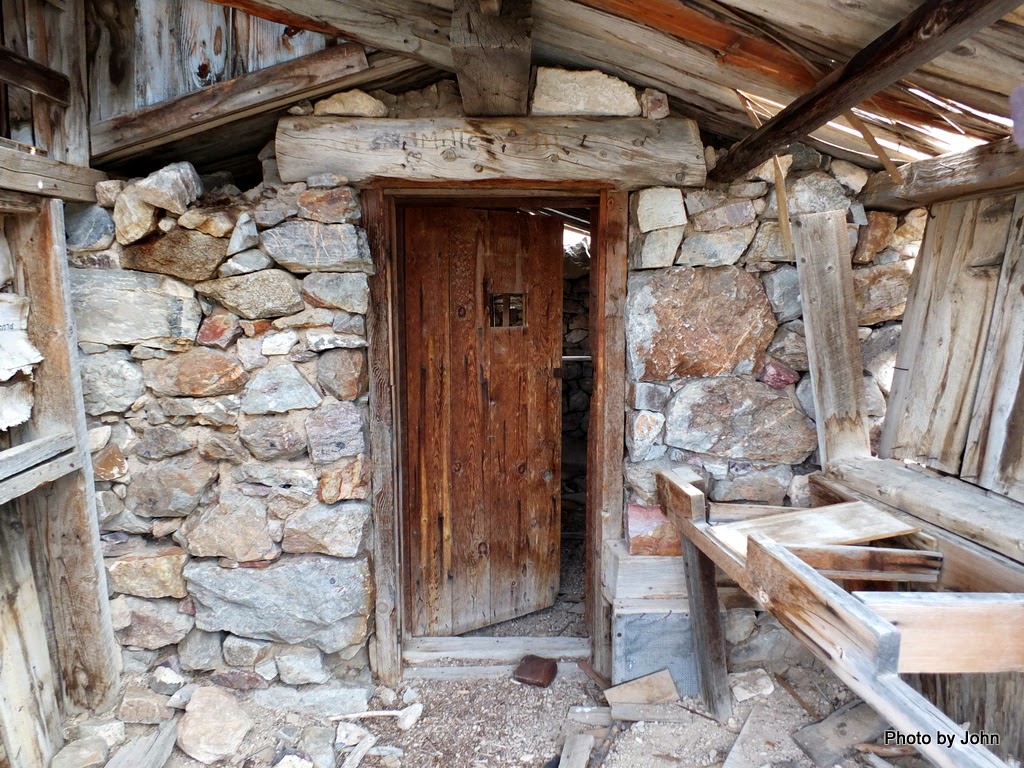 while the inner room was built into the hill using dry stacked rock. 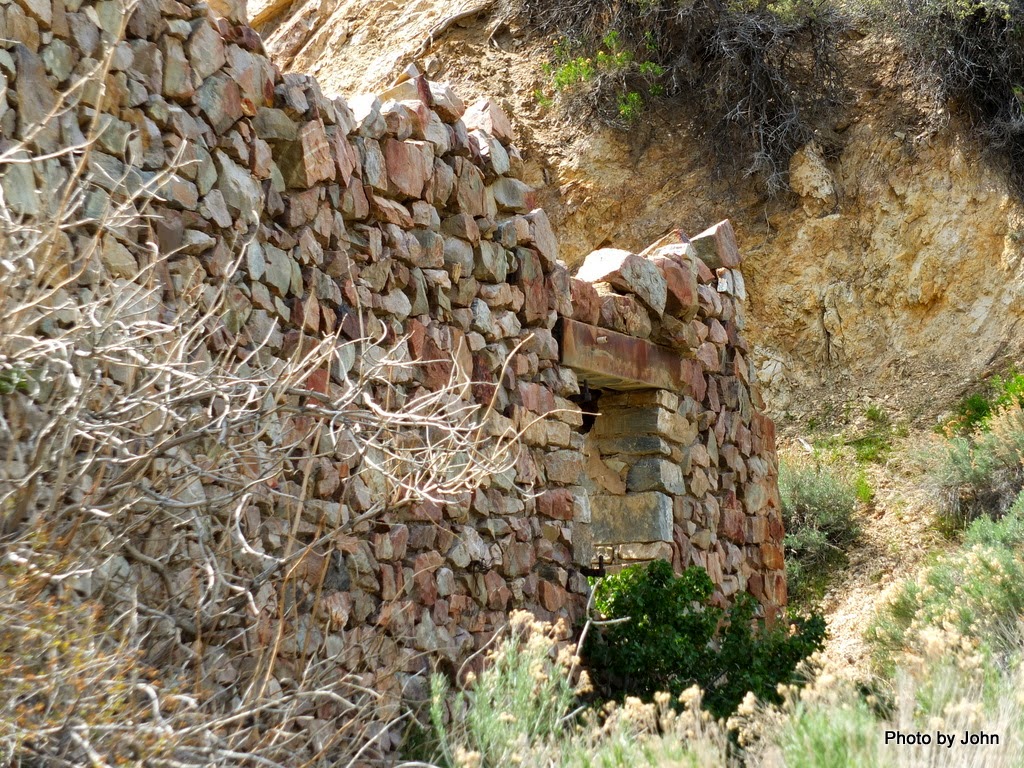 Only parts of one commercial structure exists from Osceola's prime. I couldn't get a good picture because it's behind a fence with 1960's era mobile home located next door. This area was clearly not abandoned. 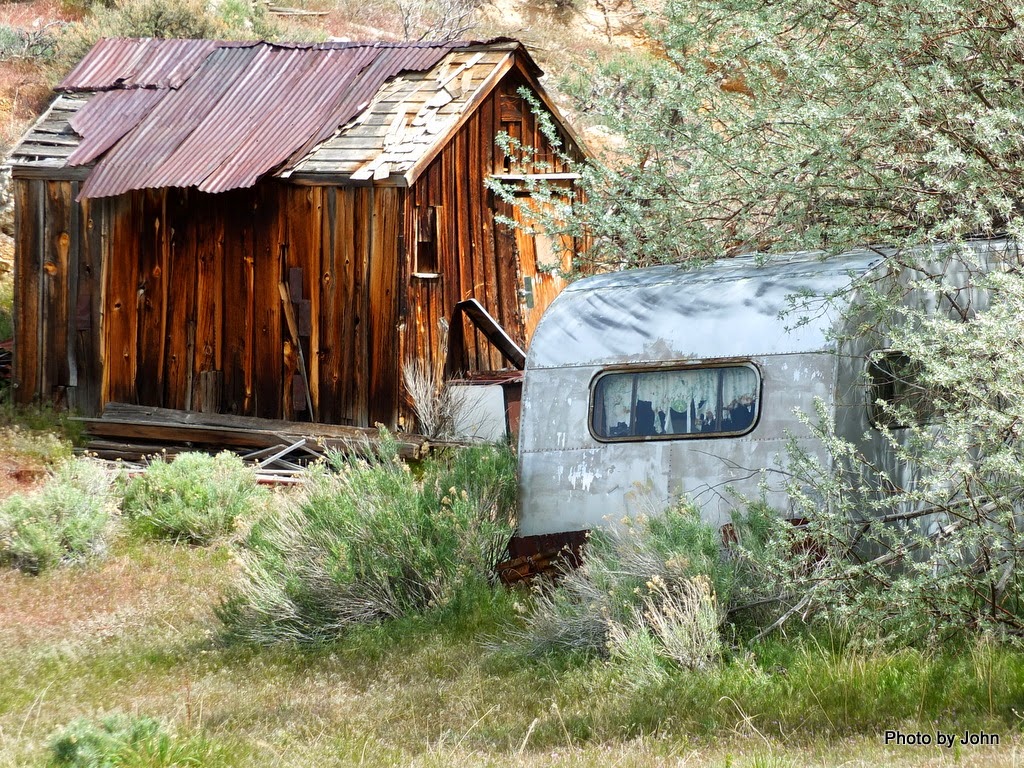 I loved this place and wanted to look closer, but there was a very obvious and very readable "private property" sign just to the left of this picture.  All told, I counted six or seven properties that were clearly active (perhaps seasonal) residences, and I assume they were each working one or more claims. 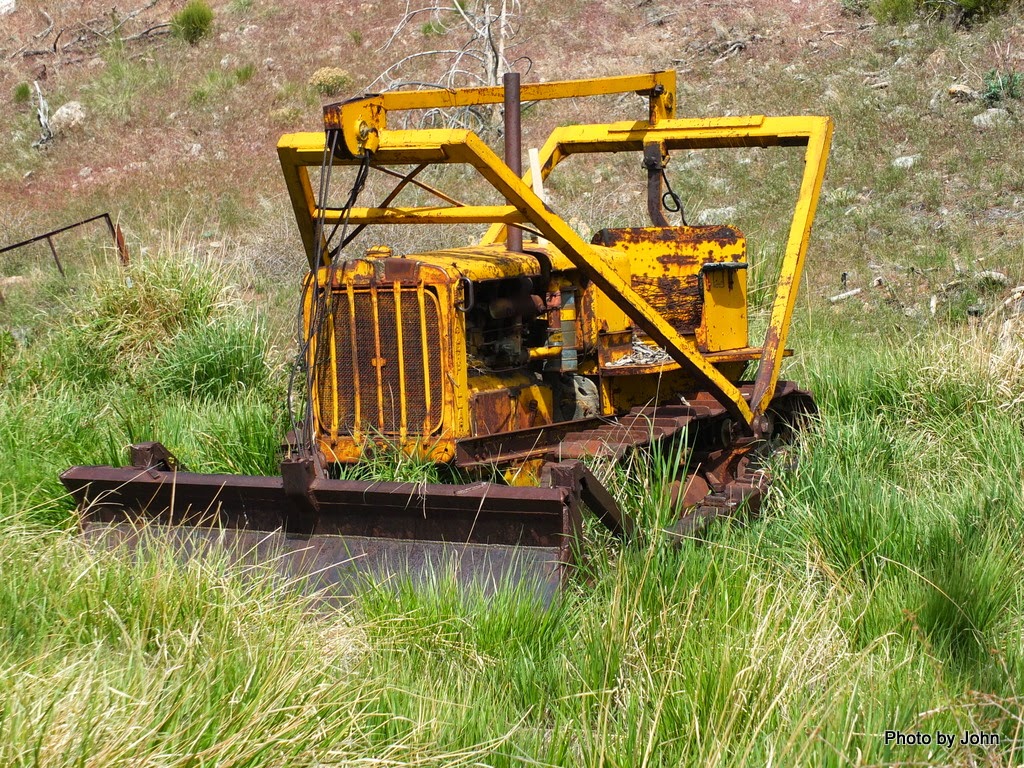 There wasn't much equipment sitting around. I didn't spot any that would have dated from the first phase of mining in this area. This Cat was the only thing near the road that looked like it hadn't been used in a while. 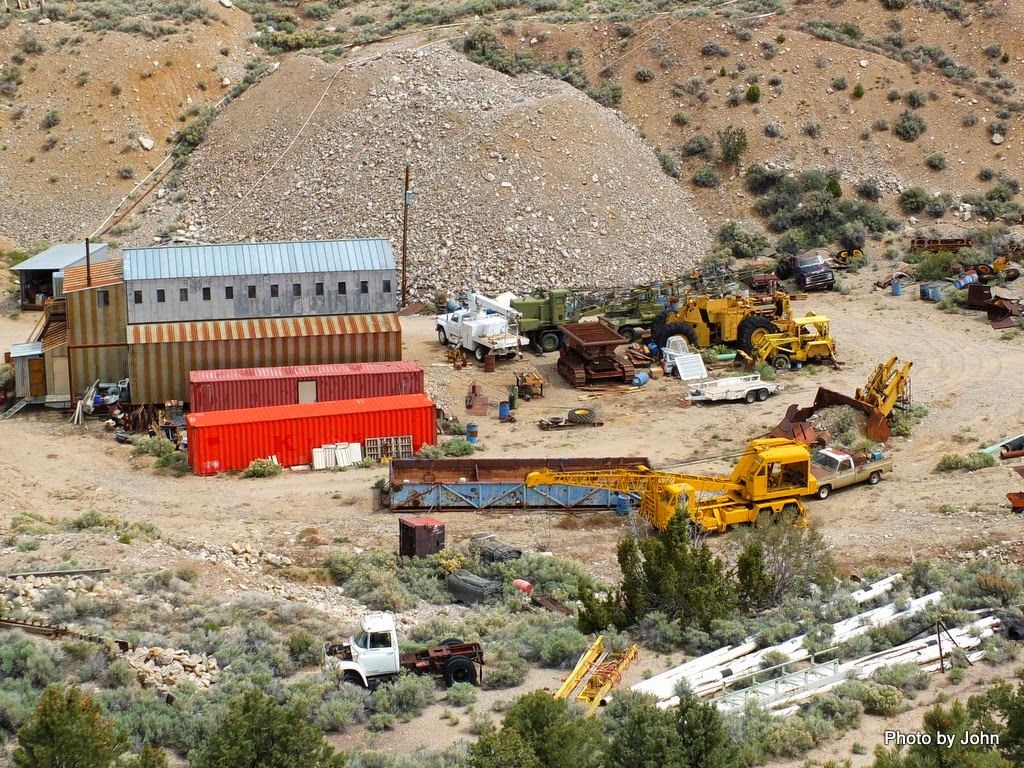 We spotted several large water tanks and a residence and then shortly we spotted a lot of older equipment in a ravine below the road. Pipeline from the water tanks ran down into this area and there was some equipment running. While the equipment was relatively old, and a lot of it seemed to be dead, it was clear that this operation was still running dirt. 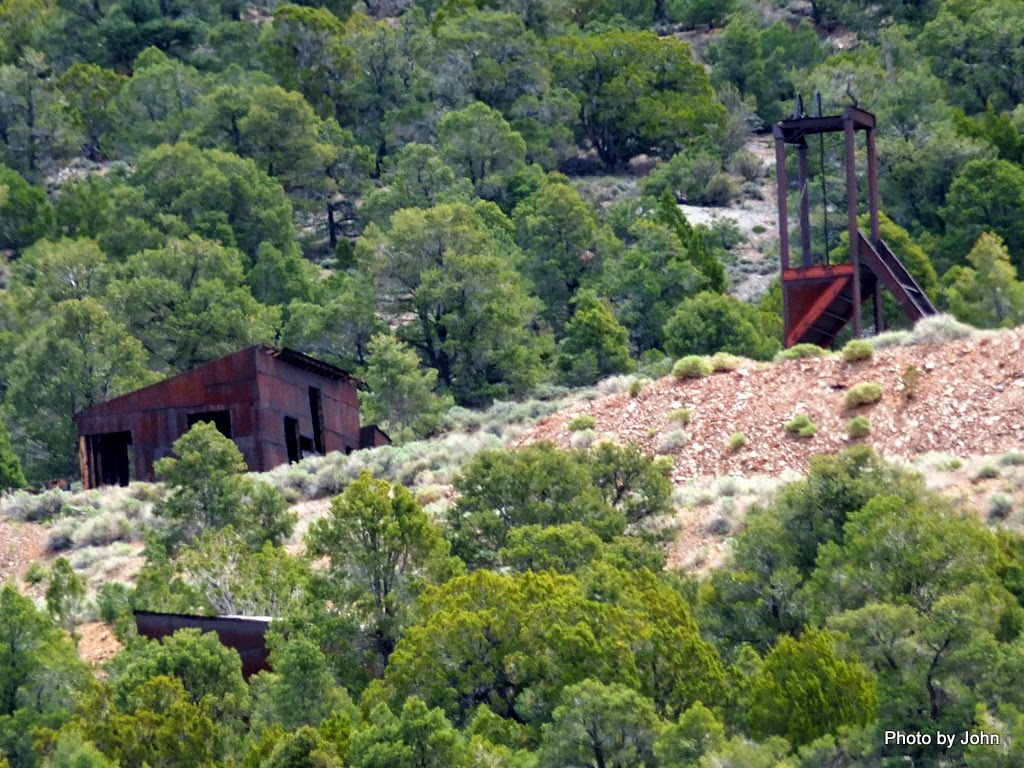 We spotted one headframe across the valley but didn't try to drive over to it. The area had been very active with placer mining but also had some lode operations. 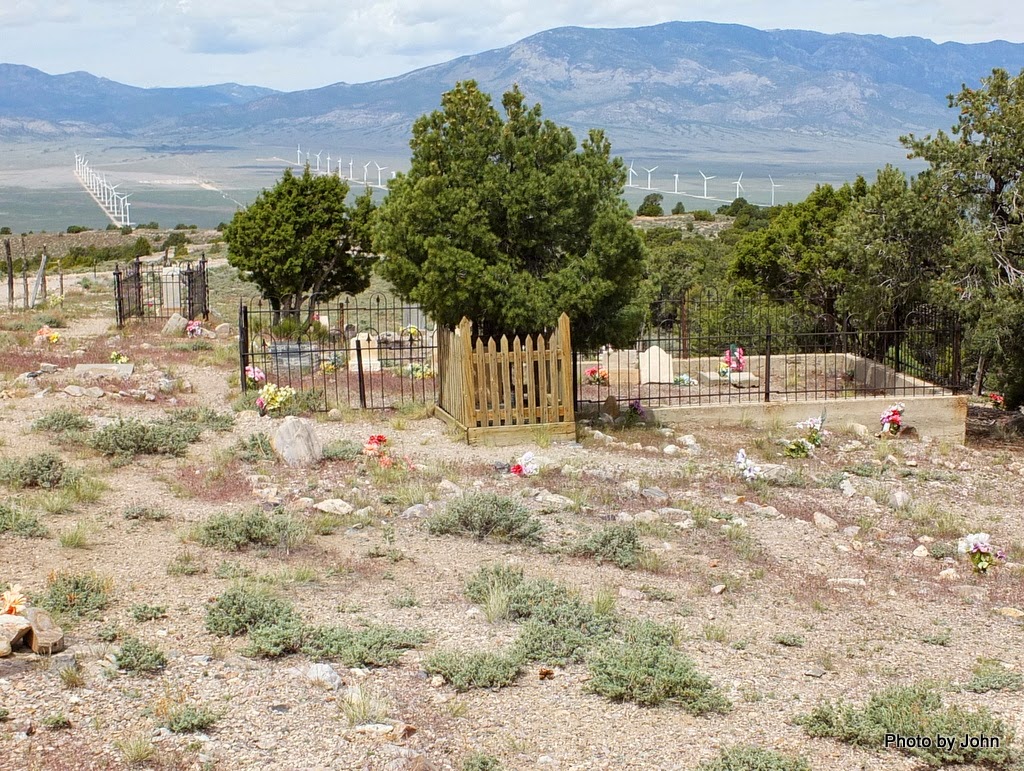 The Osceola cemetery had a view out over Spring Valley towards Majors Place. Down in the valley is a large wind farm and a number of ranches. 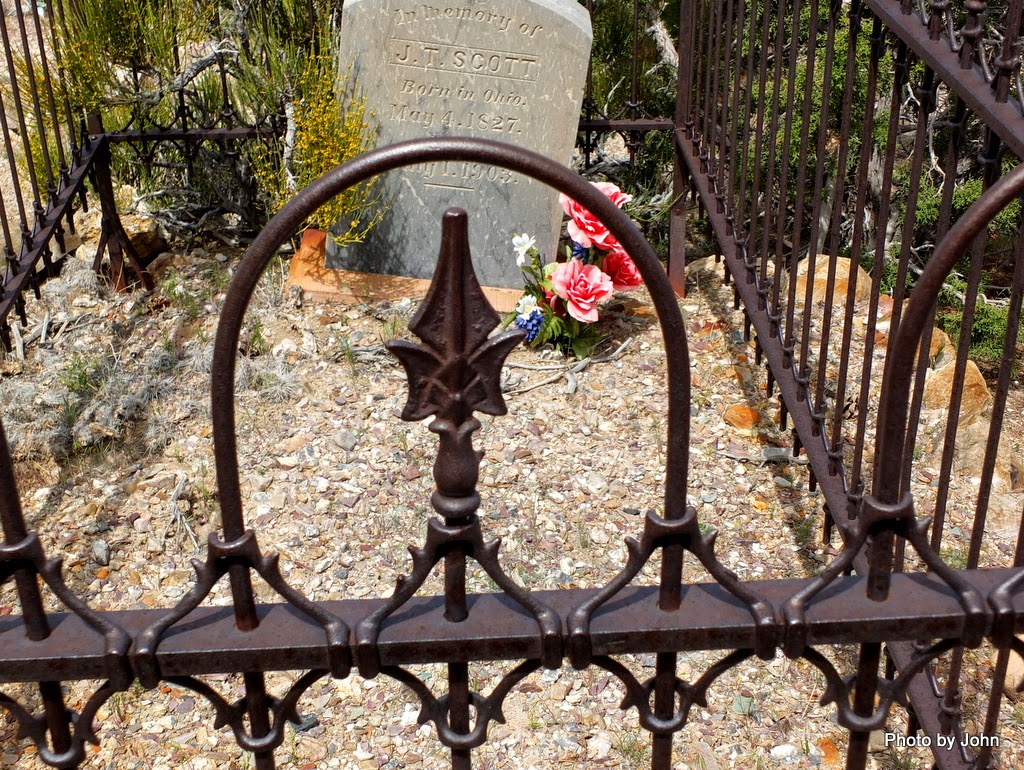 A handful of the graves featured ornate iron fencing. The remaining headstones dated primarily from the very early 1900's. Someone is caring for the cemetery. Every grave (even those without headstones) was marked by a bouquet of plastic flowers. 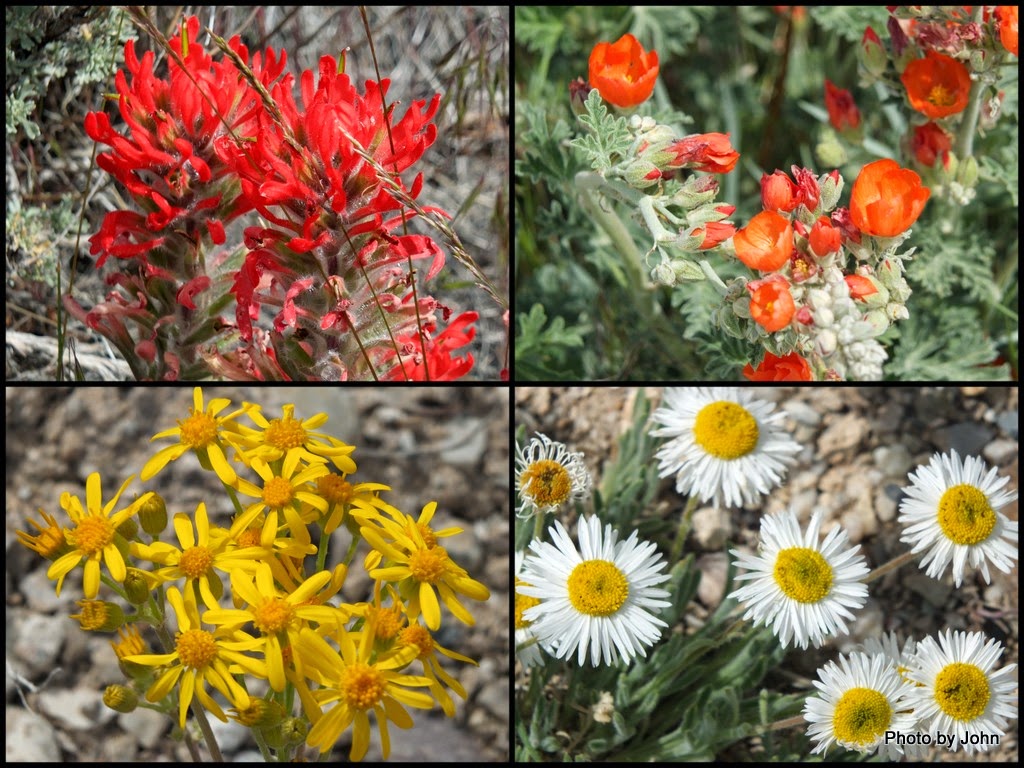 Spring flowers, although not profuse, were in bloom throughout the area. 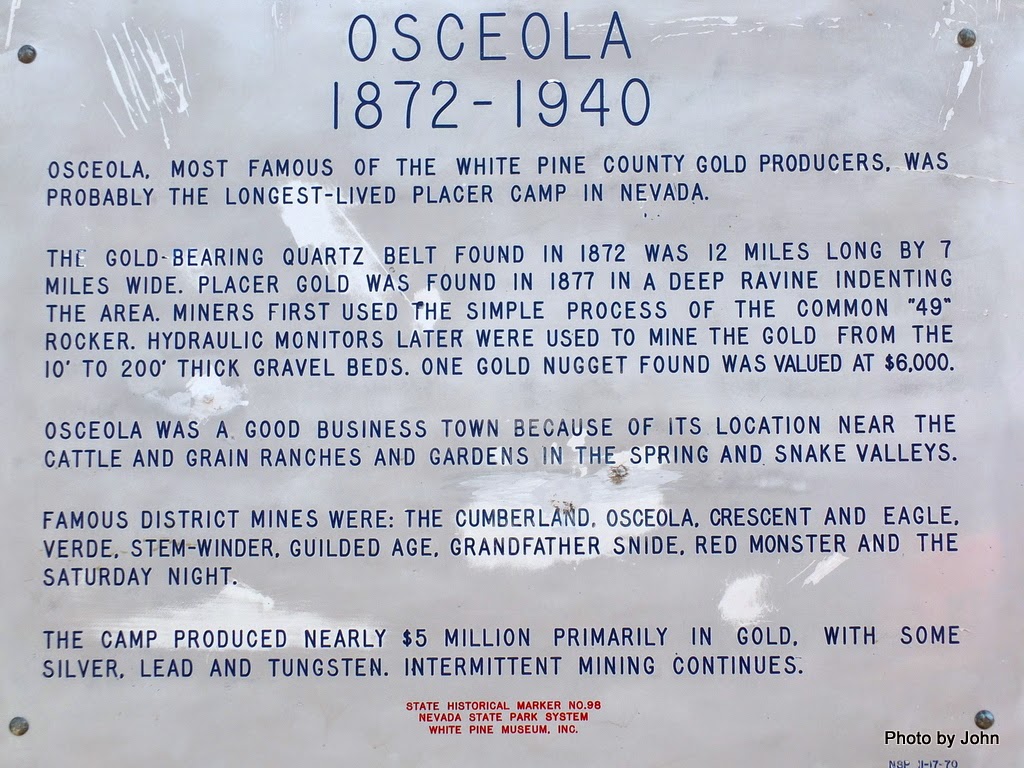 When we got to the west end of the road, we found the historic marker that was installed in the 1970s. Interesting information, noting "intermittent mining continues." There seems to be significant interest, with at least six groups mining small claims in just the southwest quadrant of the district. Apparently there is gold, but not a lot of water to work it.

Posted by Just Finding Our Way at 1:42 PM