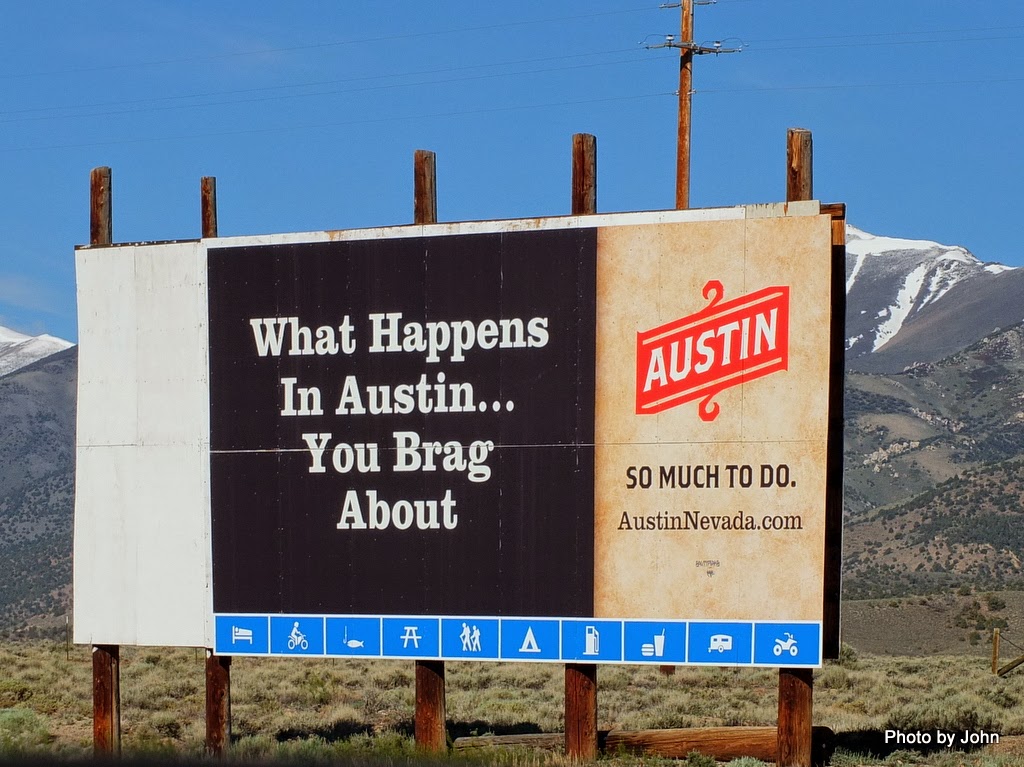 We hadn't been on the road too long yesterday morning when we spotted this sign about the town of Austin, Nevada. I would have shown you a picture of the town, but I was too busy looking for the gas station to take a picture. One thing about lonely roads is that you don't pass up gas stations. 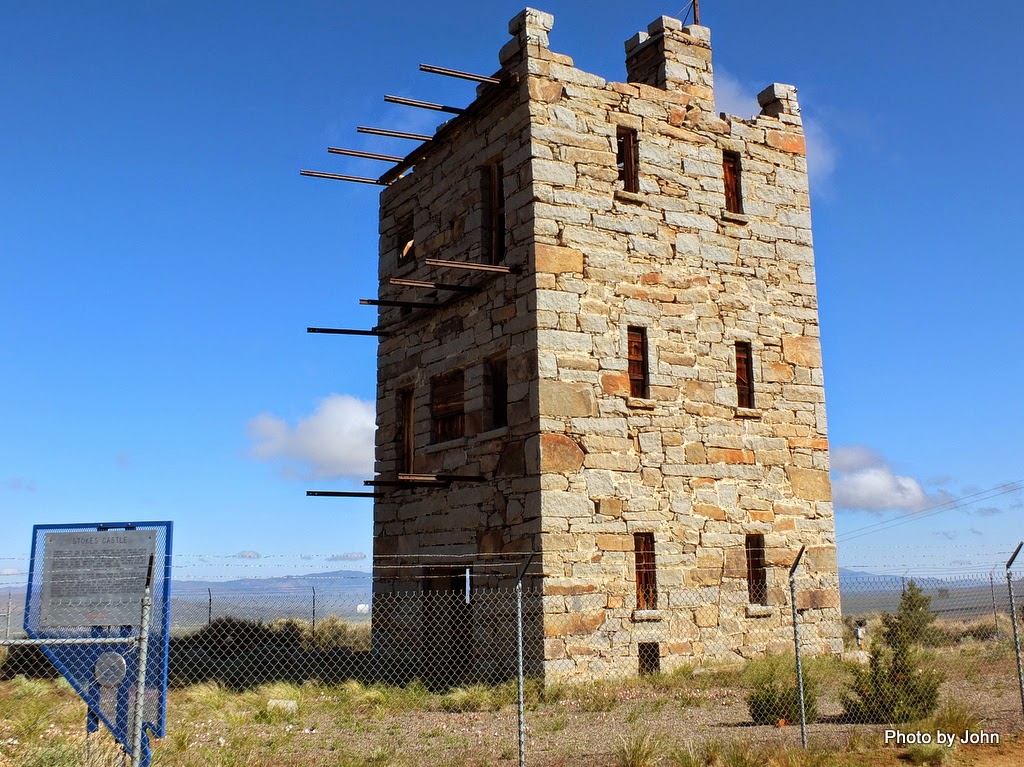 Just around the corner Not far from the gas station was the Stokes Castle. Built in the fall of 1896 and the spring of 1897 by a tycoon as a summer residence for his sons, it was lived in for a couple months. It's visible if approaching Austin from the west, but it took a book for us to find it when approaching from the east. 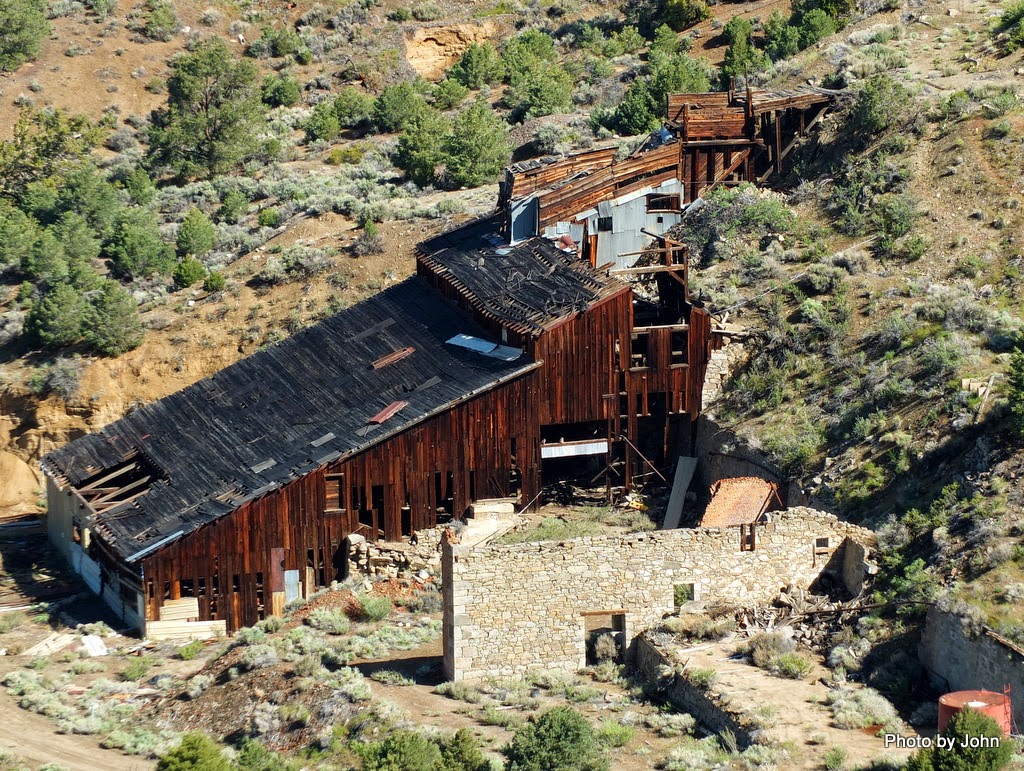 There were also ruins of a large mill visible below the road to the Castle. The town had lots of period buildings and homes. It really deserved much more time that the 15 minutes we gave it. It's a place that could serve as a base for days of back country exploration. 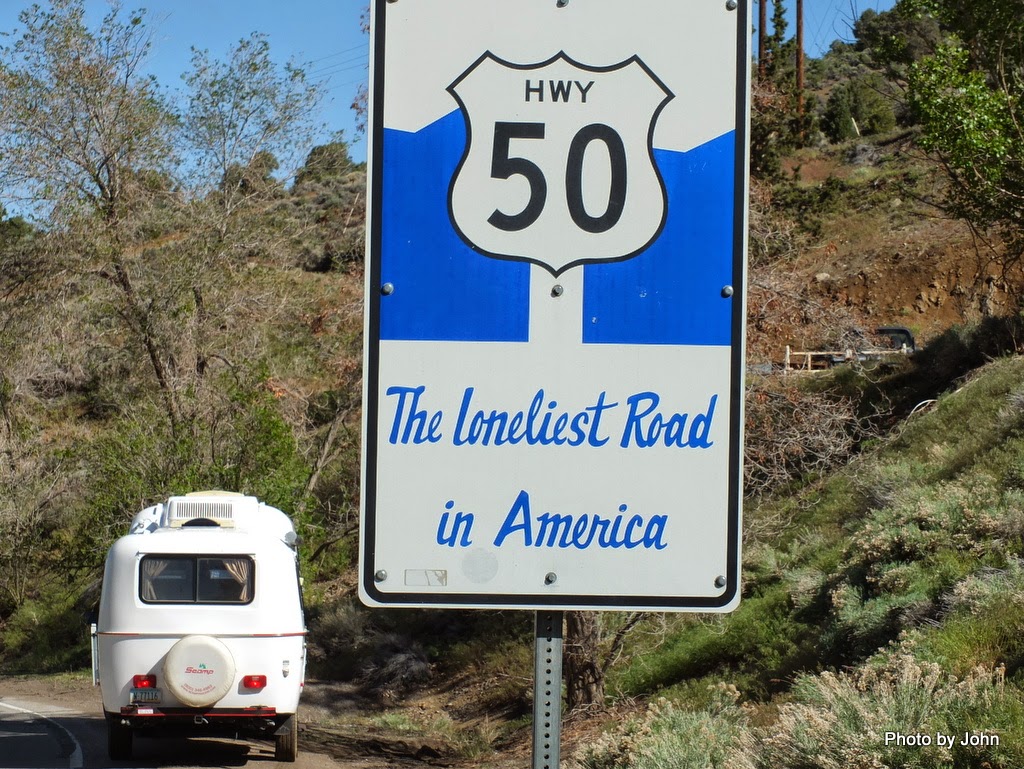 On the west end of town was one of the few remaining "Loneliest Road" signs. Meant by the author of the Life Magazine article in 1986 as a slam, the State of Nevada took pride in the slogan and made special signs that became collector's items. 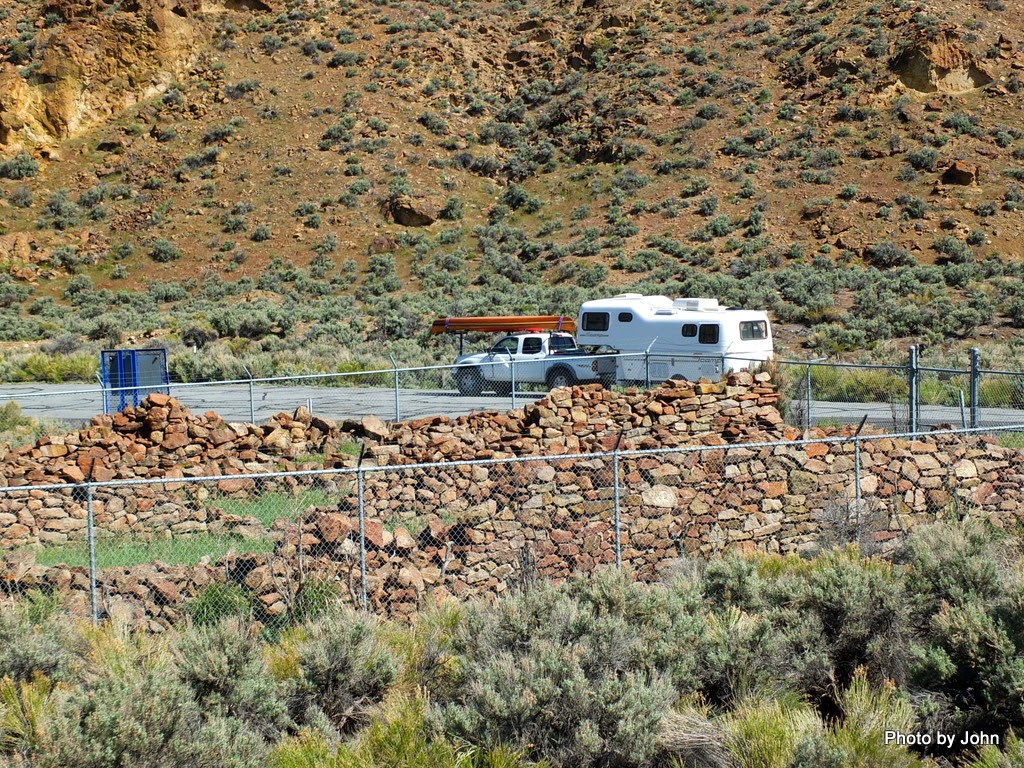 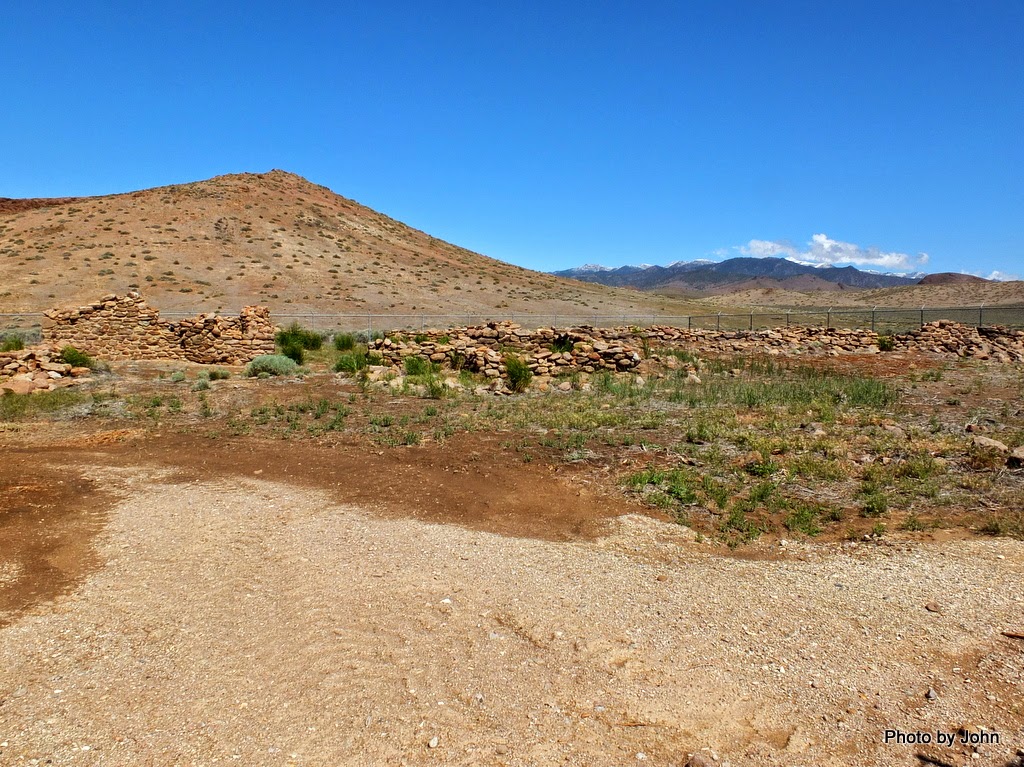 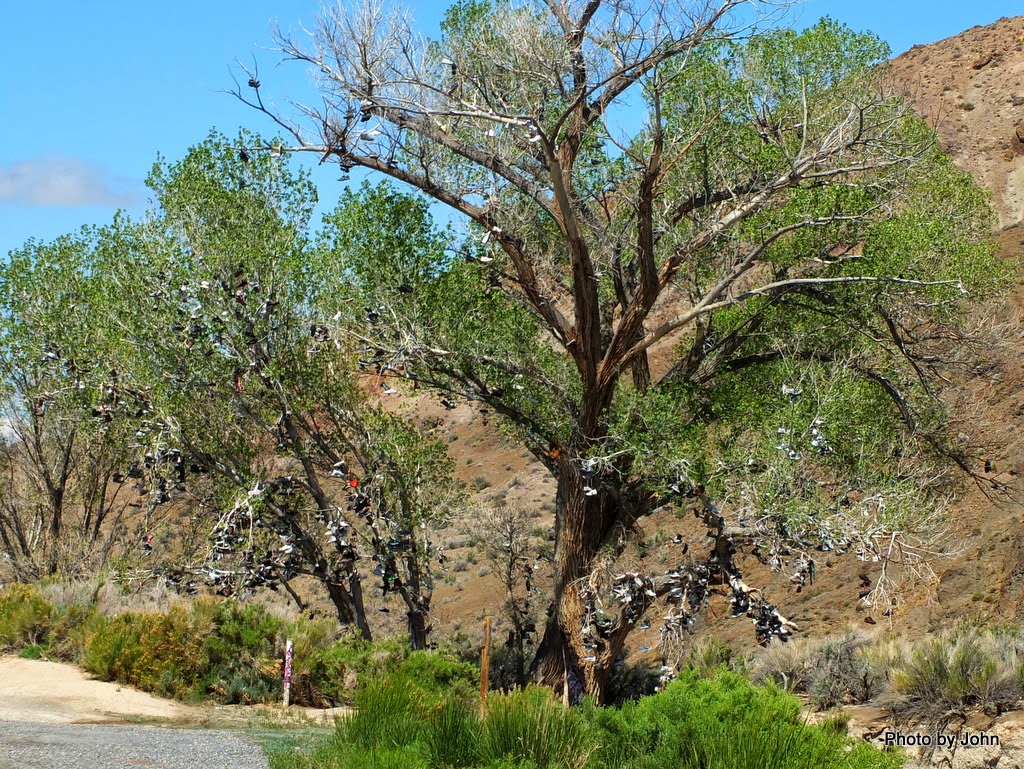 Having nothing to do with technology but weird enough to cause us to stop was this shoe tree. It's not clear what started it, but this cottonwood tree is festooned with hundred of pairs of shoes. 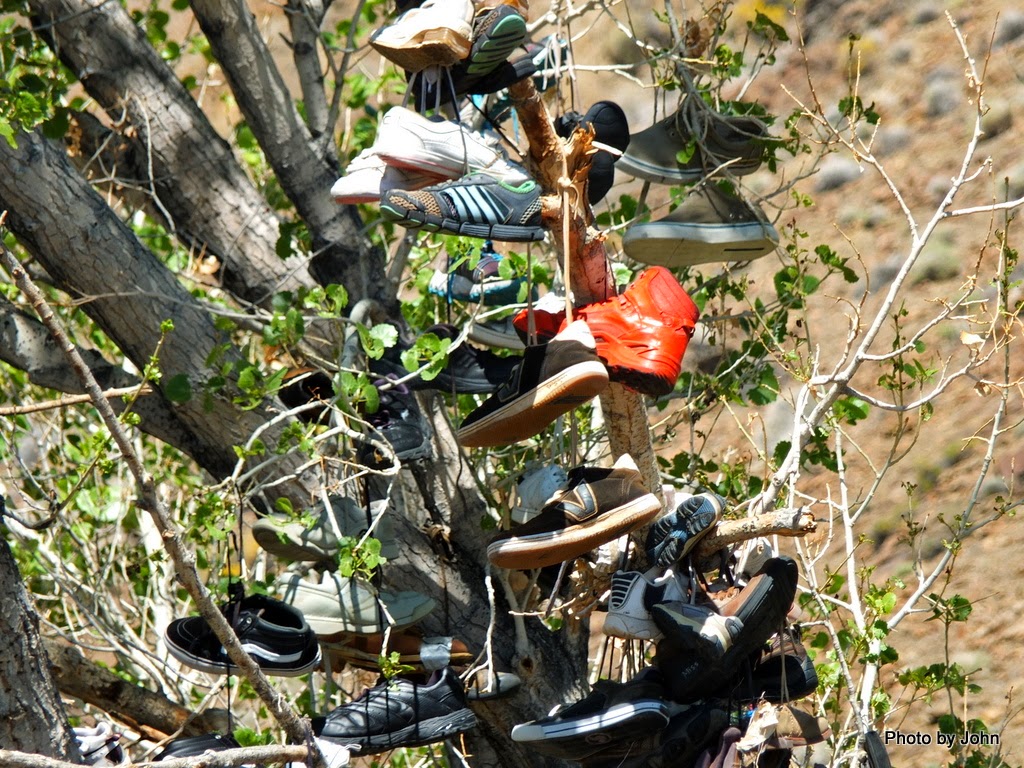 Here's a close-up of just one small section of the tree. We likely wouldn't have even noticed this weirdness if it hadn't been for the mention in "Traveling America's Loneliest Road" by Tingley and Pizarro. This book was the key to seeing the sights along Highway 50 and was recommended to us by a State Park Ranger. 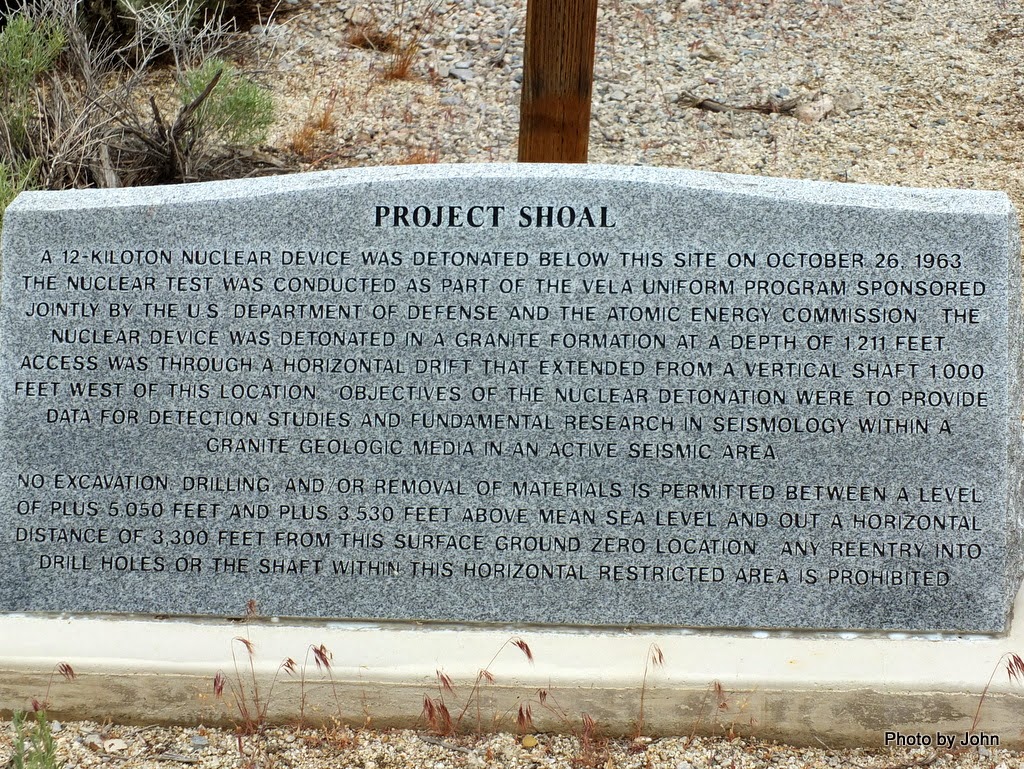 About 9 miles off the highway (4 miles of relatively good dirt on an unmarked road) was this granite sign looking much like a verbose headstone. This was ground zero for an underground nuclear test in 1963. The site is near Fallon Naval Air Station's bombing range.

Home for the night was the popular Walmart in Winnemucca. I-80 west of here gets the prize for the boringest road in America!

We anticipate spending the weekend near Steens Mountain in Oregon but may be out of cell coverage.