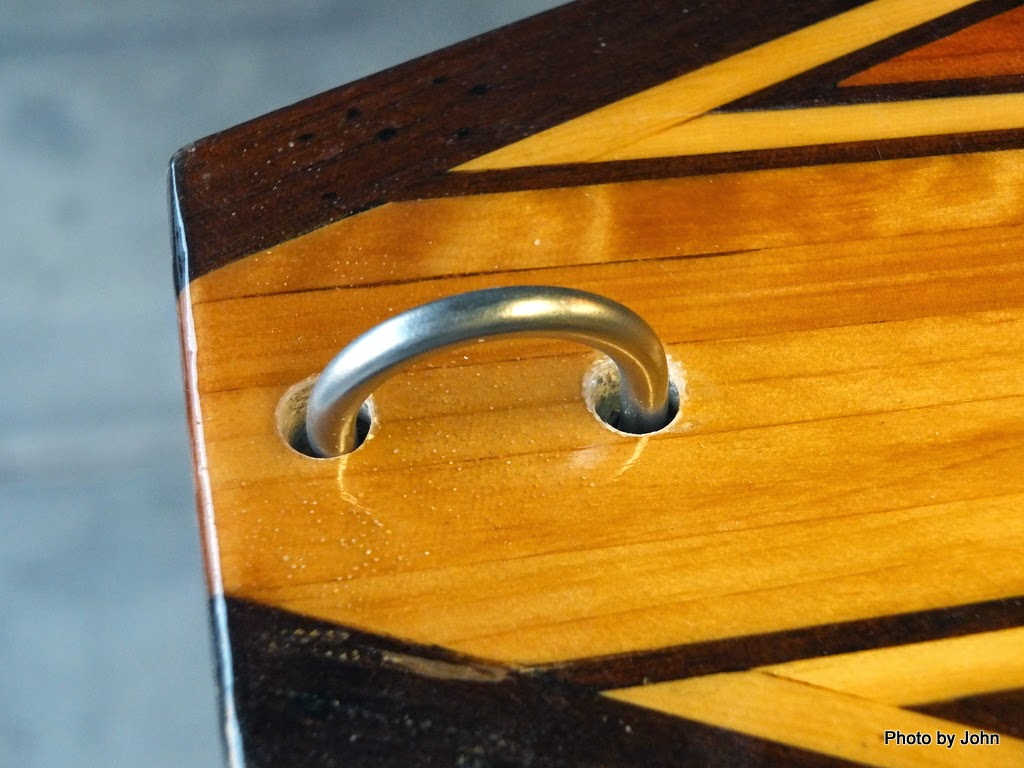 After the varnish on the deck had cured for a few days, we drilled holes in the stern and the bow for u-bolts. The stainless u-bolts will serve as retention for the perimeter line and attach points for the carry toggles. 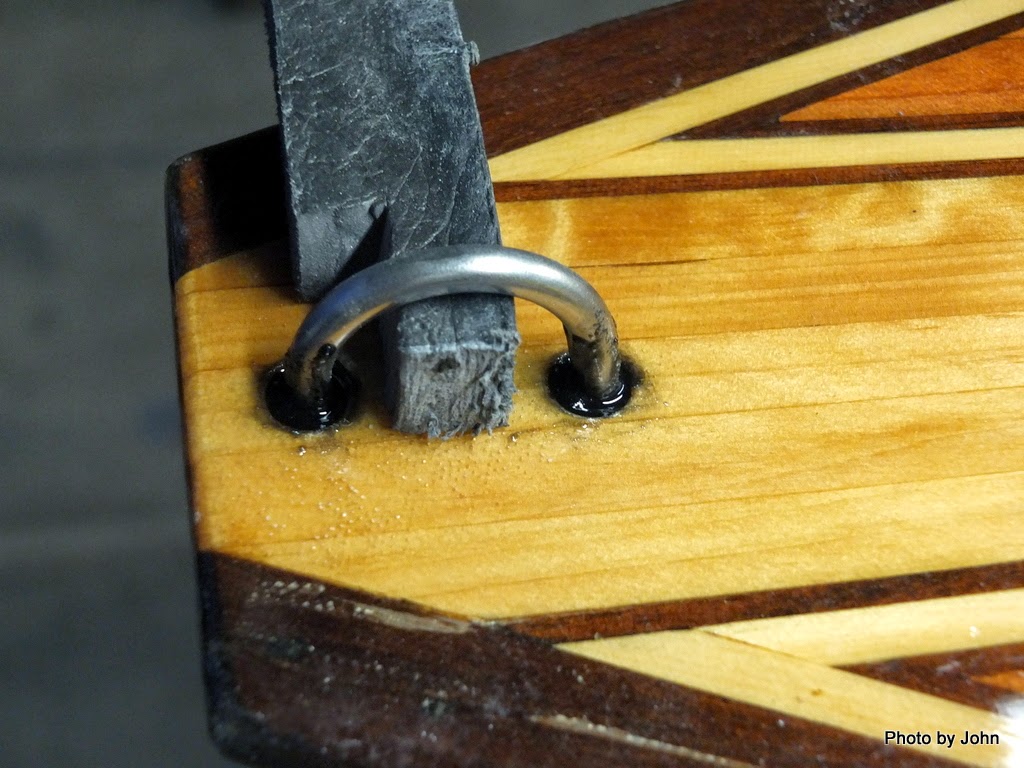 The u-bolts were embedded in black thickened epoxy and supported while the epoxy cured. 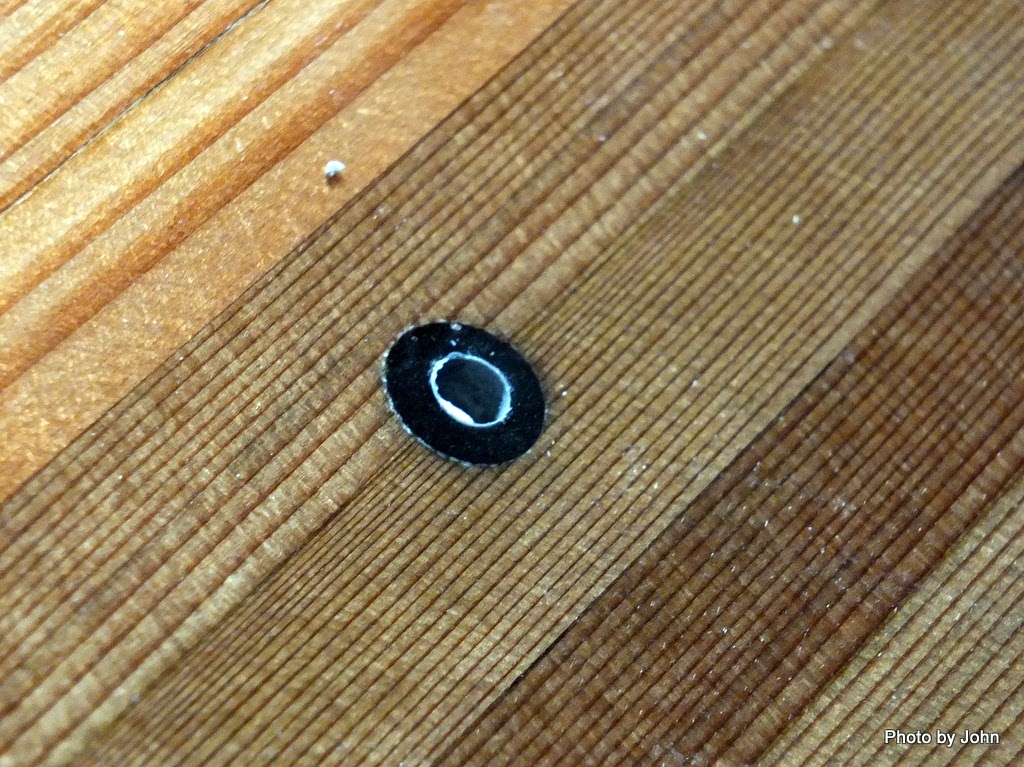 All ten of the filled holes in the deck were drilled out for installation of the perimeter line and deck bungees. 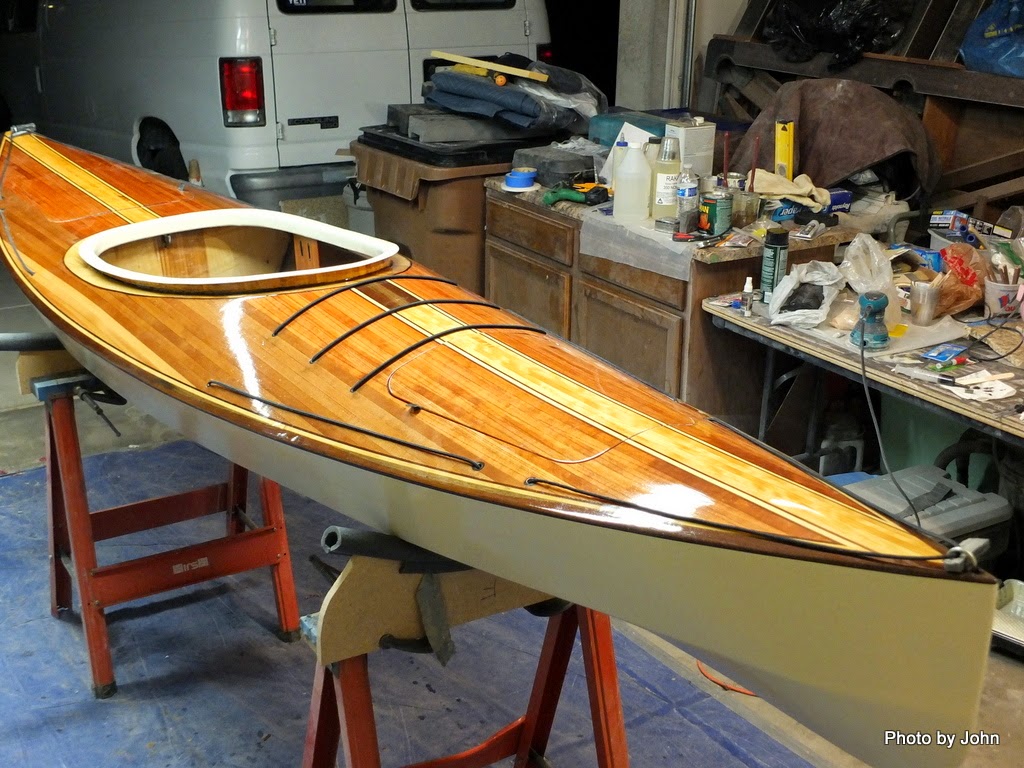 By the end of the evening we had the last coat of paint on the cockpit coaming, the deck bungees in place, and the perimeter line strung. The perimeter line will be tensioned once the u-bolts cure. One more day and Kathy's "Knot Too Shabby" will be finished.
Posted by Just Finding Our Way at 2:30 PM