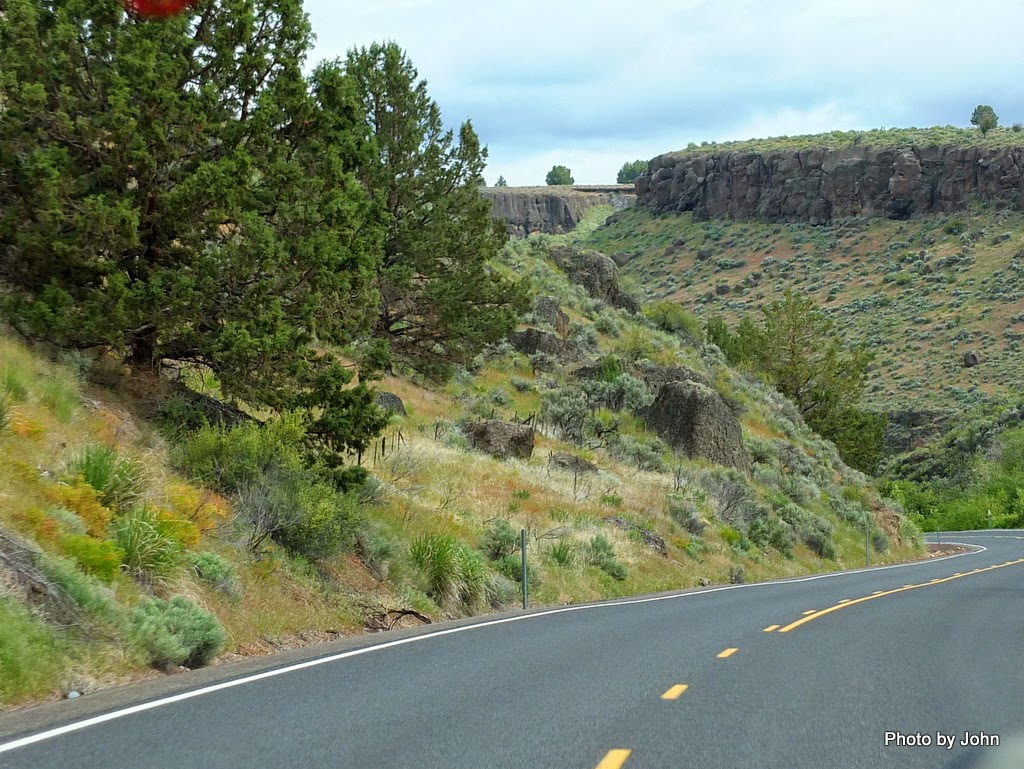 Lots of RV folks have spend time on Highway 395 in California, traveling the east side of the Sierras. In spite of a lot of time in Oregon over the years, I'd never spent any time on Highway 395 in Oregon. We picked it up in Burns yesterday and followed it north to Pendleton. We'd been running in high desert but started making a transition in Burns. 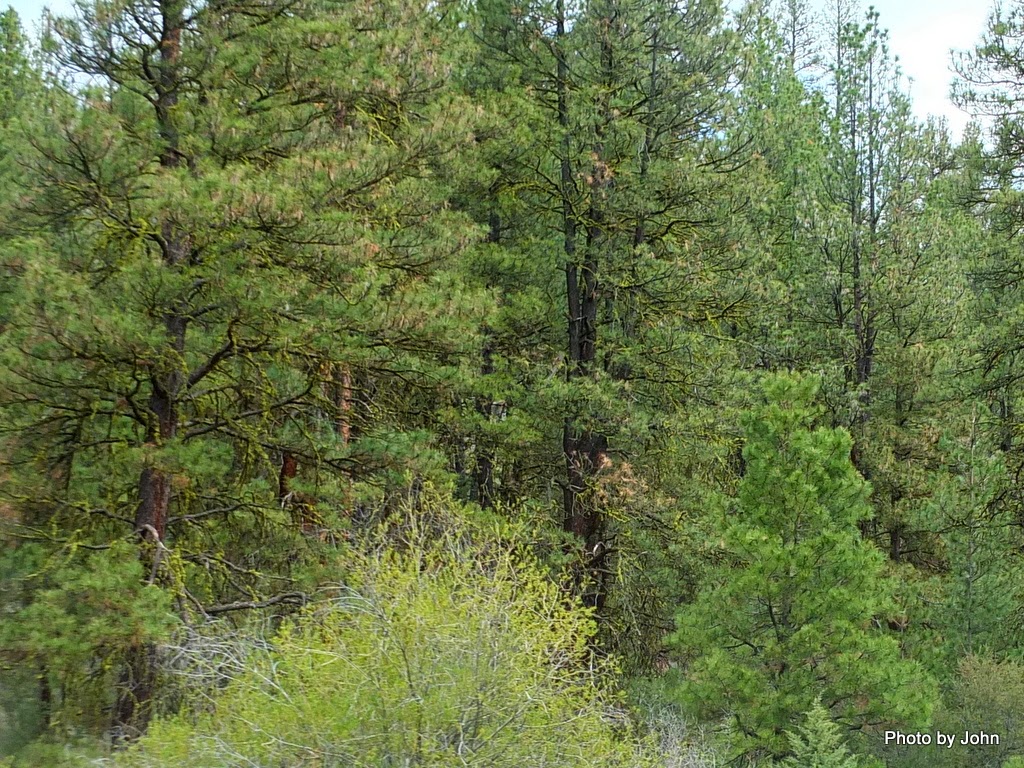 It wasn't long before we started getting into timber. Initially some fine looking Ponderosa Pine and later some Douglas Fir of marketable size. 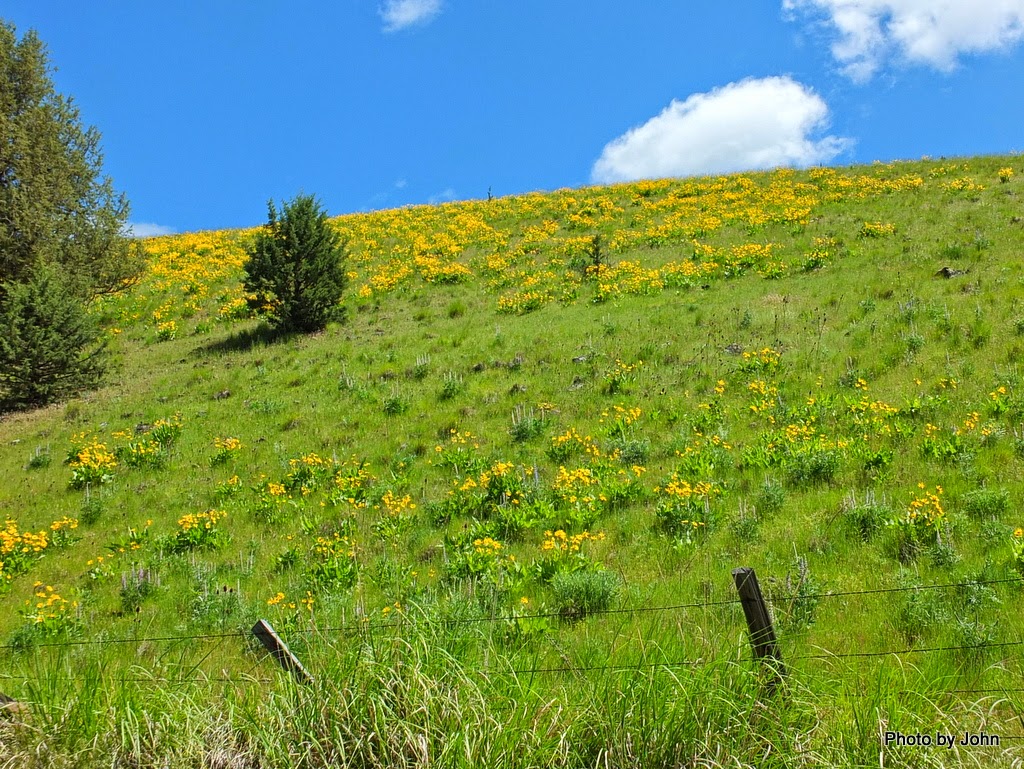 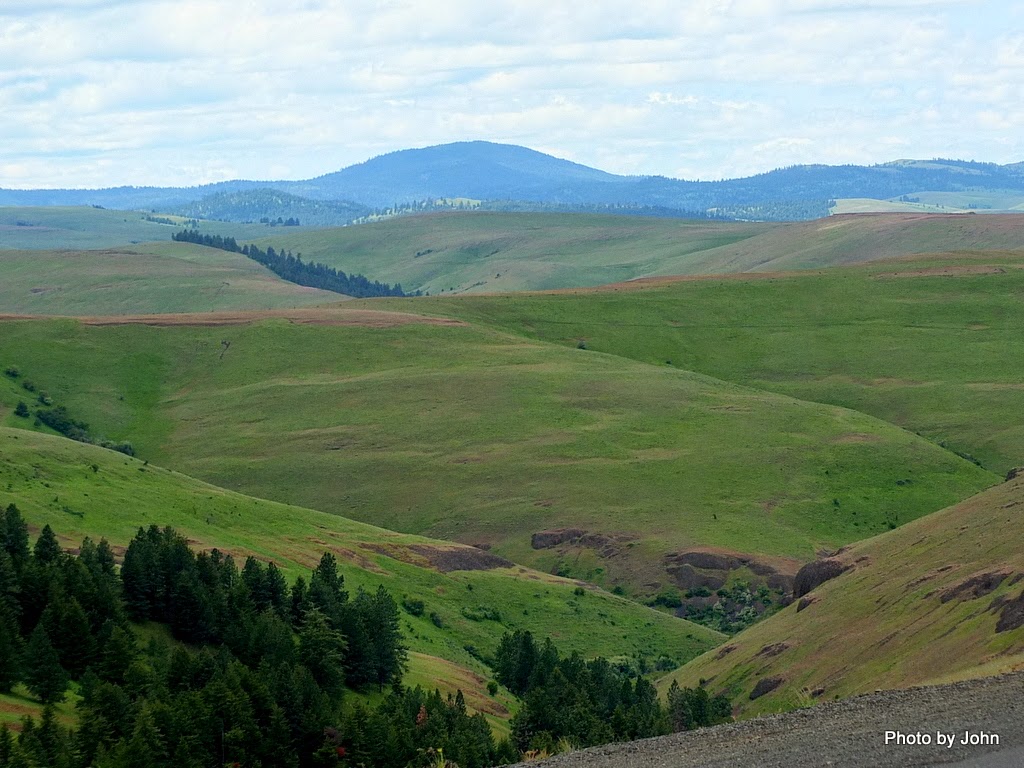 and miles of grassland as we got closer to Pendleton. 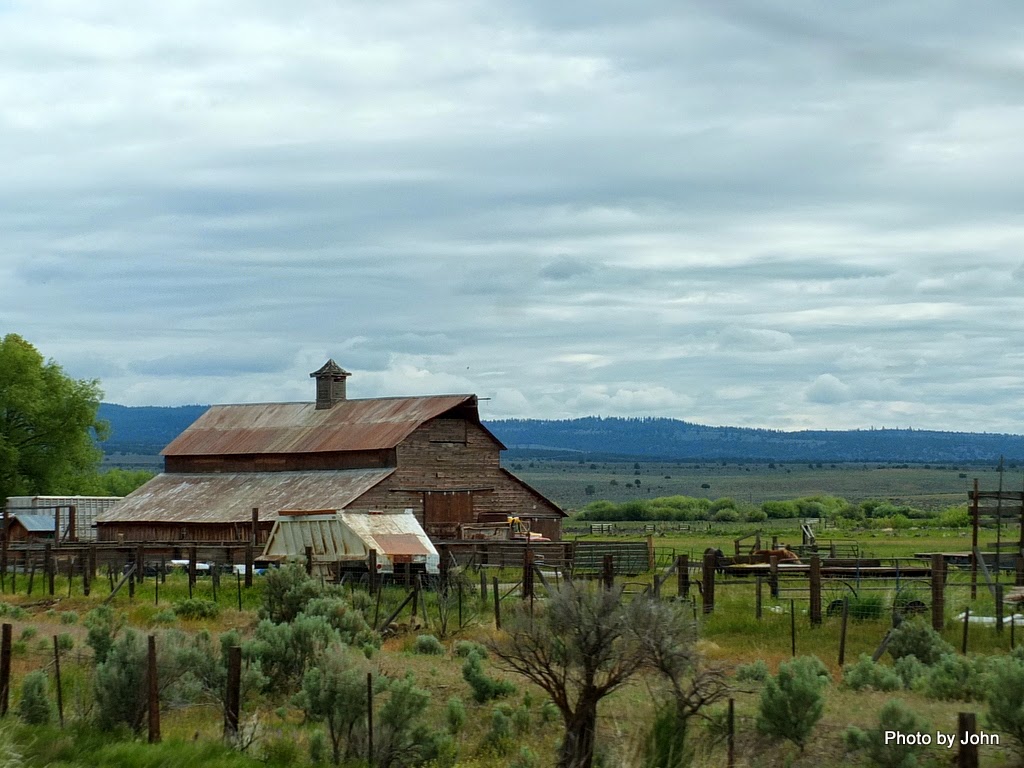 Along the route there were lots of buildings that were starting to show their age. 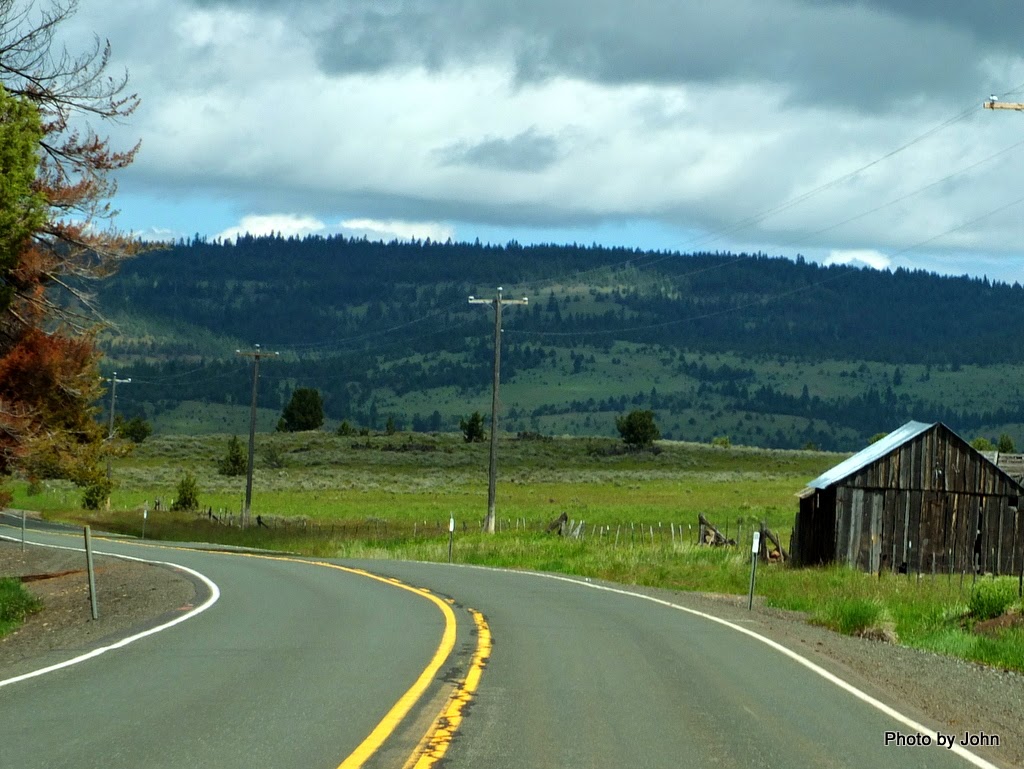 Some may still be used 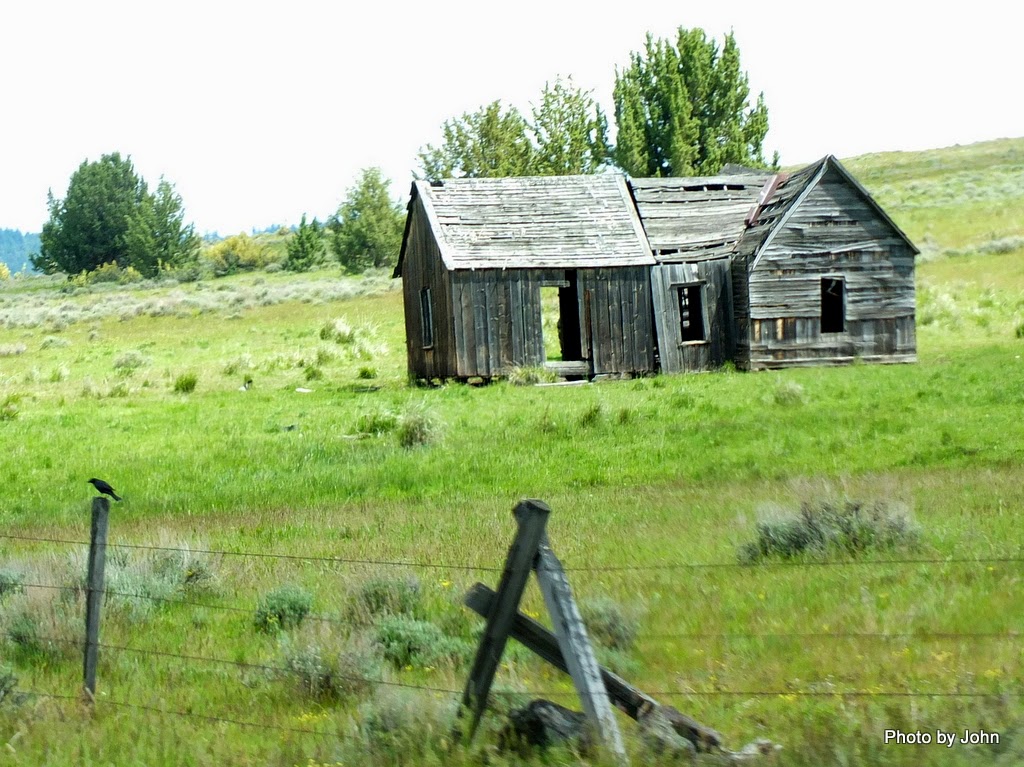 while others were in various stages of decay. 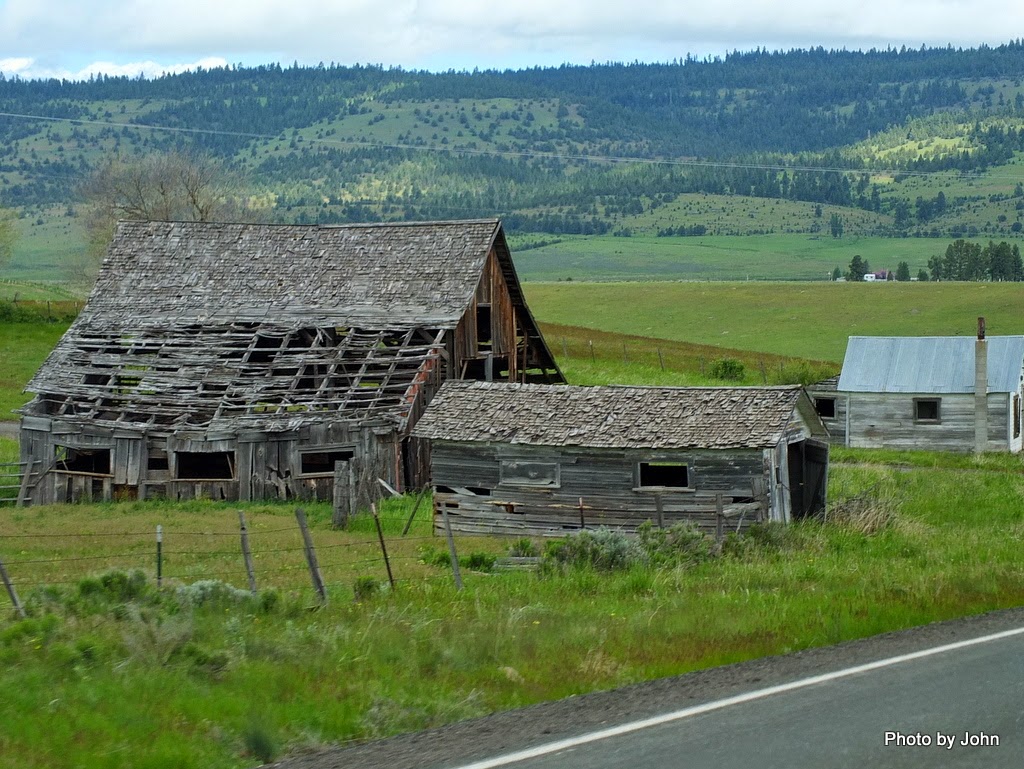 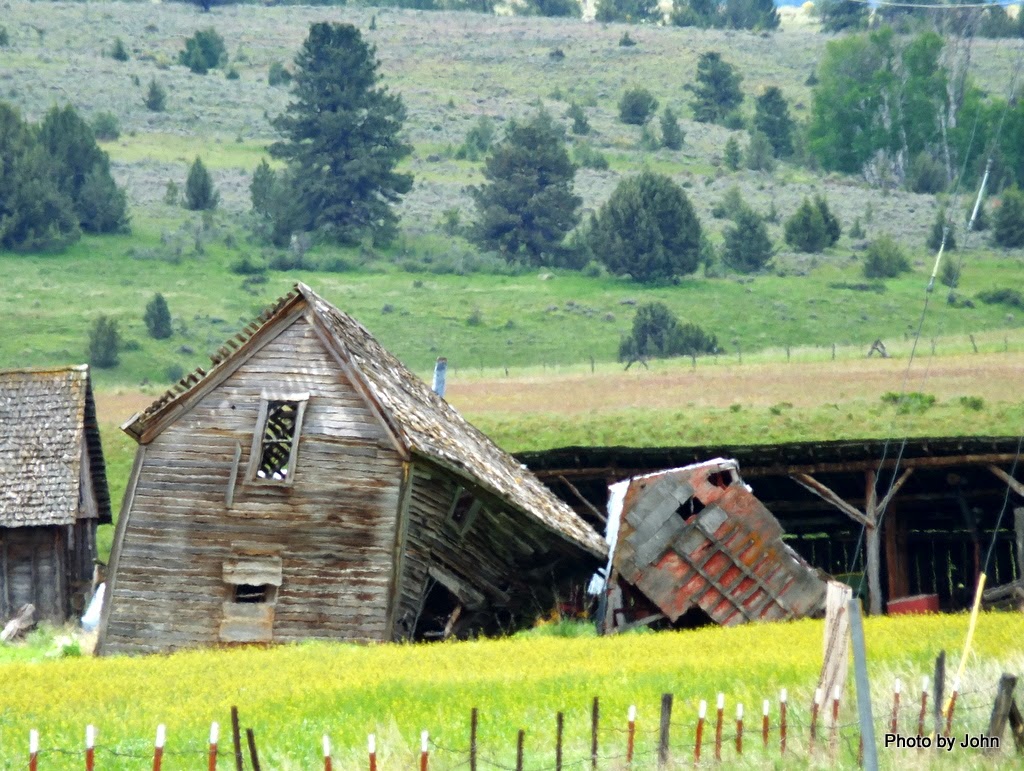 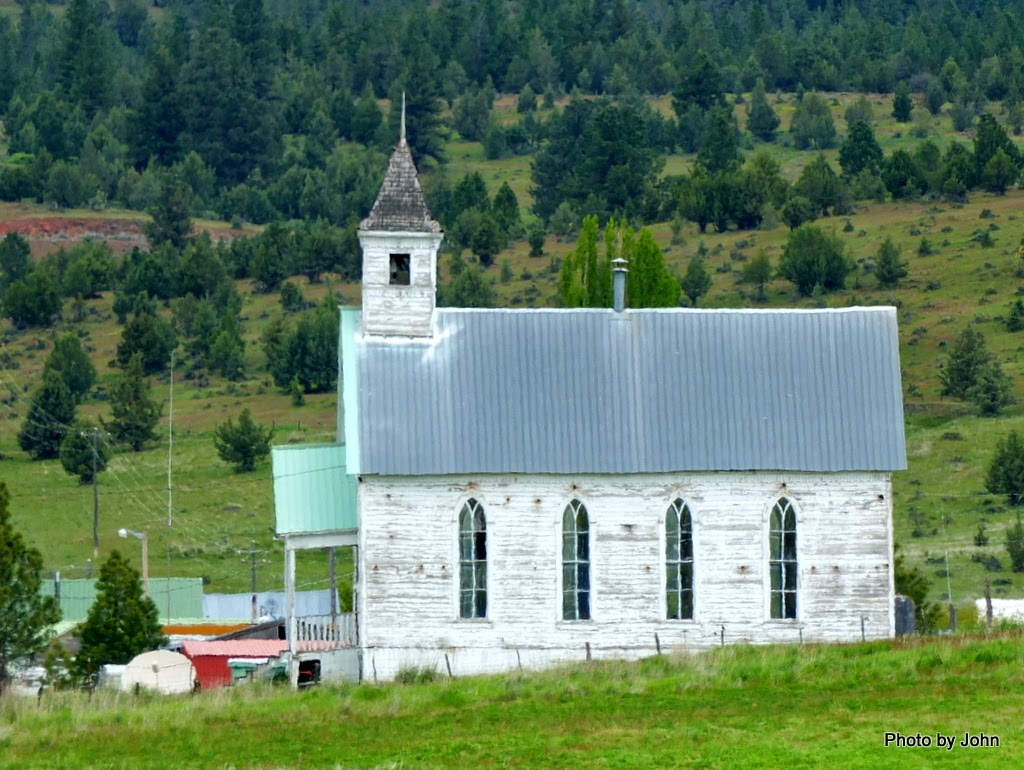 The community church in Fox needed paint and broken windows replaced. It looked like it wasn't being used but the sign on the front looked fairly new. 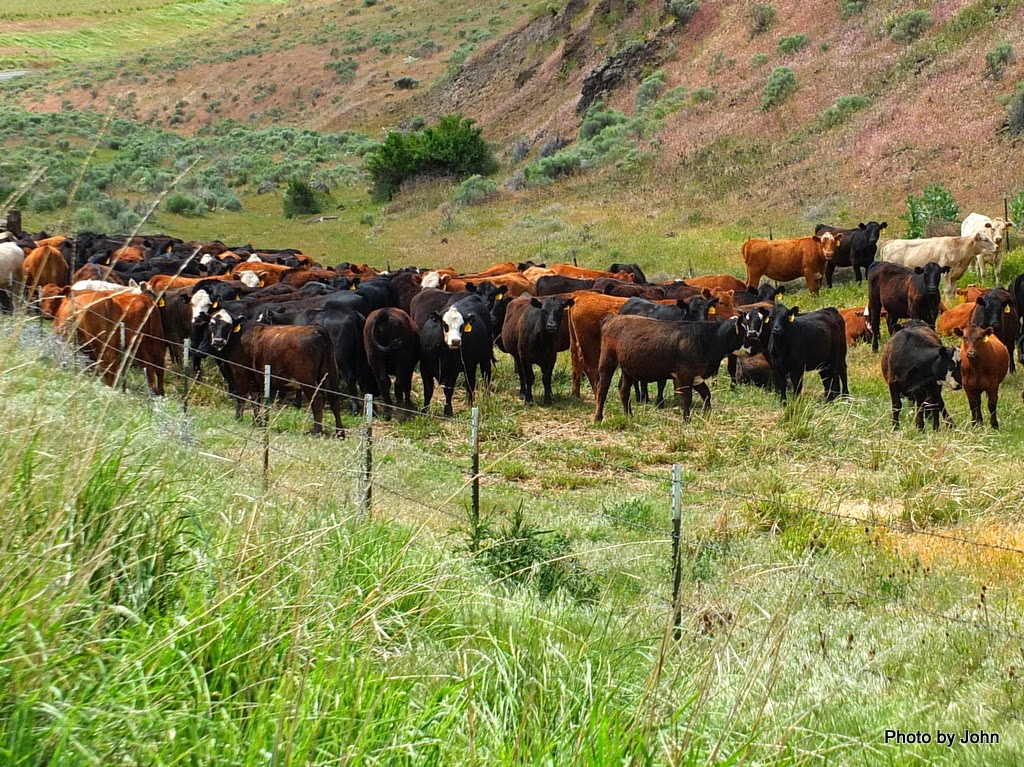 We saw antelope, cattle, and sheep in various places along the way. Some of the cattle were bunched near the road as if they expected a friend to stop by. 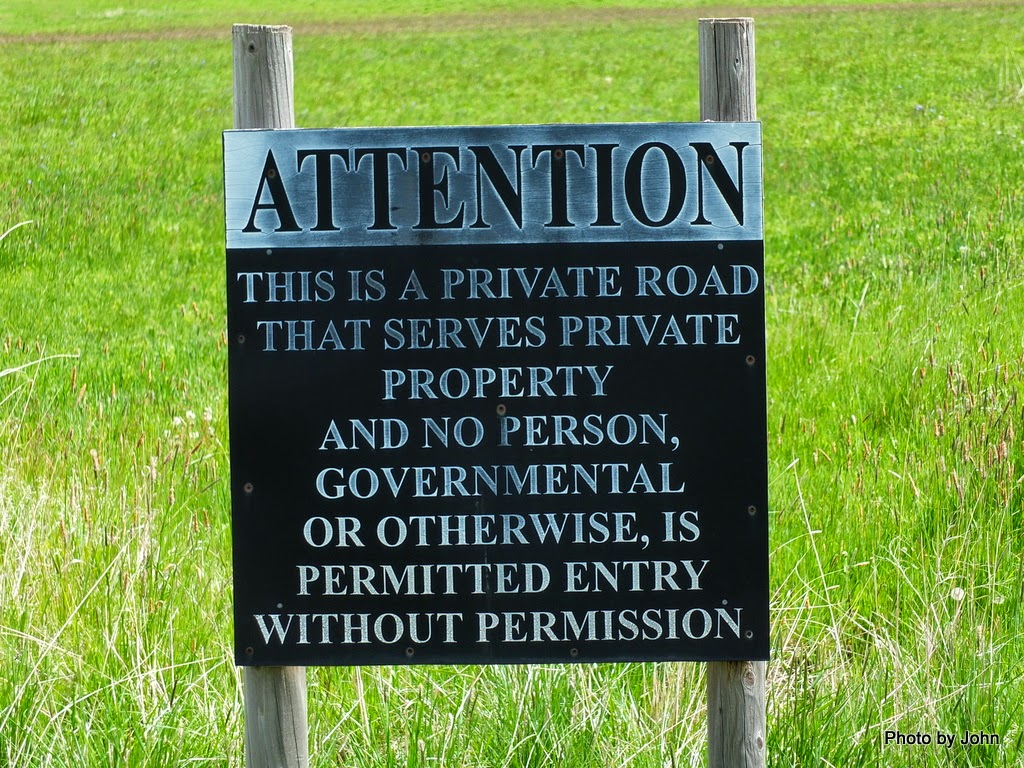 It was pretty clear that some folks weren't as accepting of drop-in visitors!

Home for a couple nights is the Wildhorse Resort operated by the Wildhorse Casino near Pendleton. Full hook-up sites (30 amp) for $25 per night. Three bars of Verizon 4G without the antenna or amplifier.
Posted by Just Finding Our Way at 1:30 PM