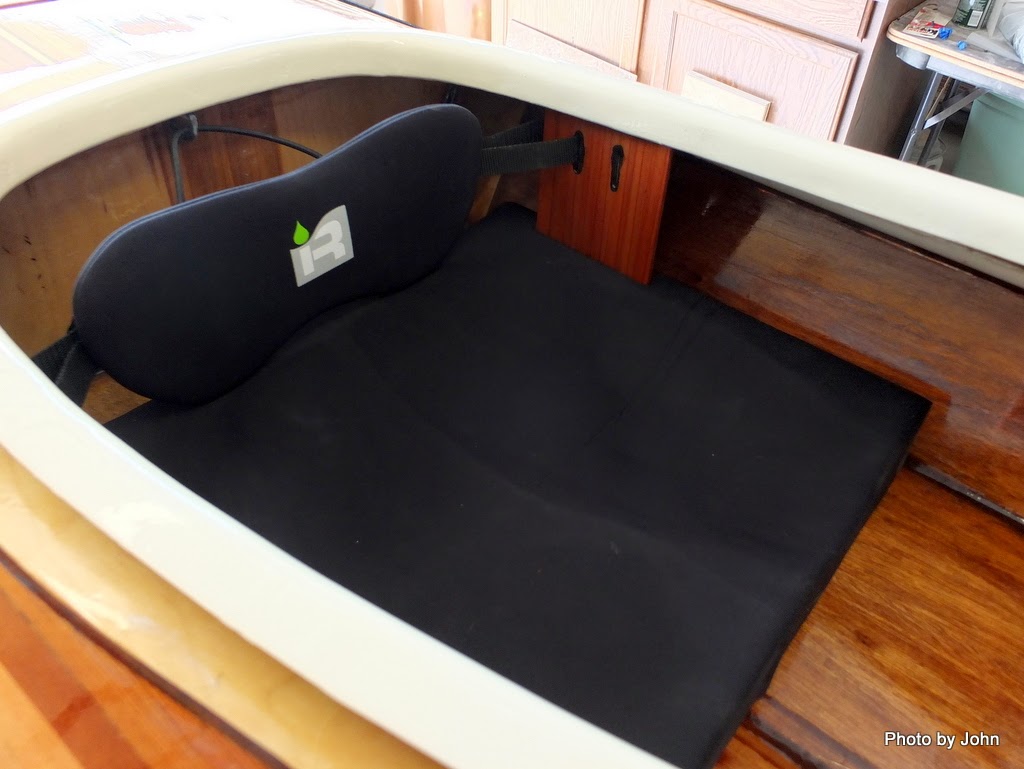 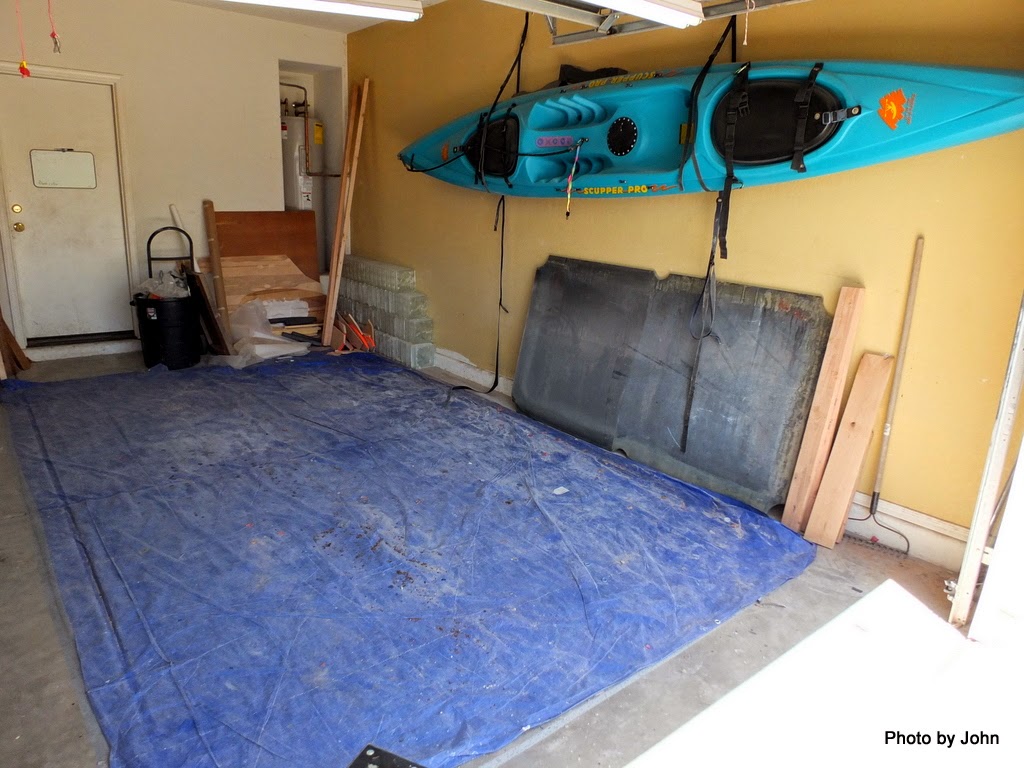 The next step was to clean up the garage and load all of my stuff in the pickup. 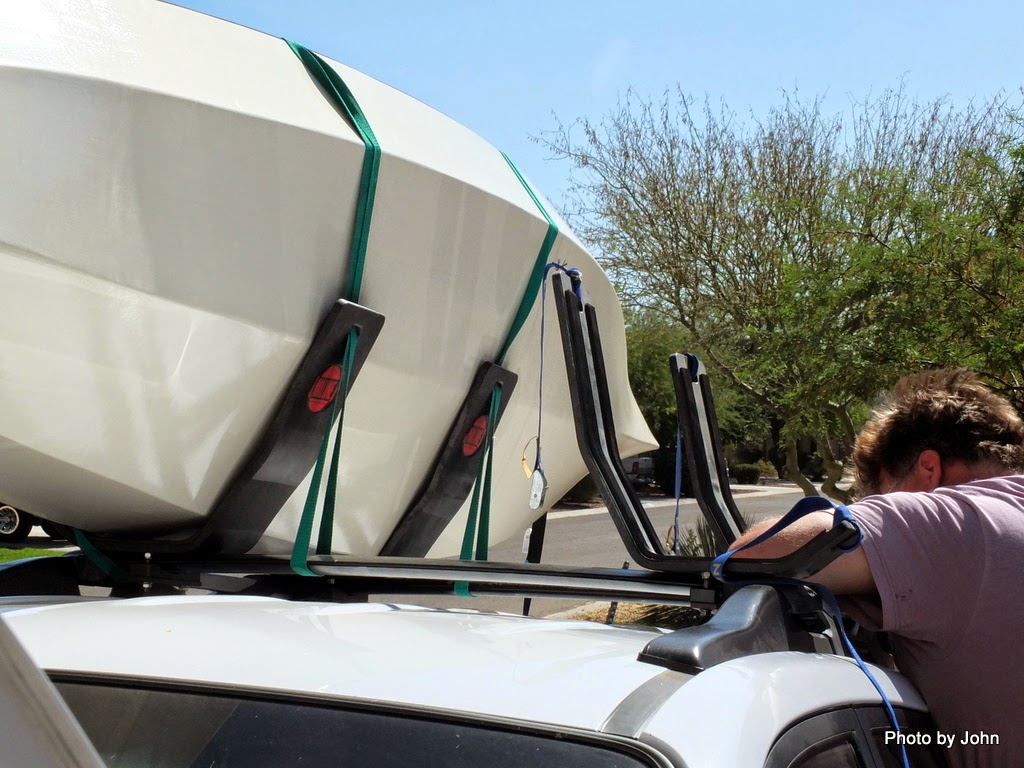 The place looked better but now we needed to concentrate on getting the boats to water. I had a couple sets of Malone J-brackets that spend the vast majority of the time collecting dust in the garage. Now we'll store them on Kathy's rig where they'll get more use. 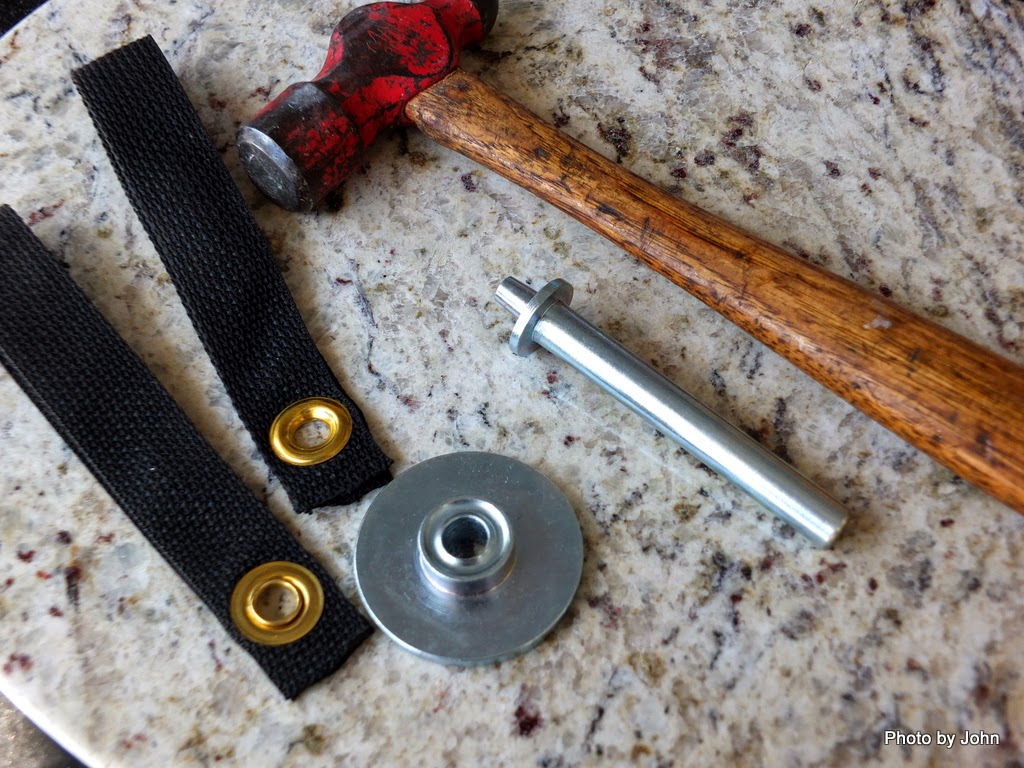 Some black nylon strap was treated to grommet installations 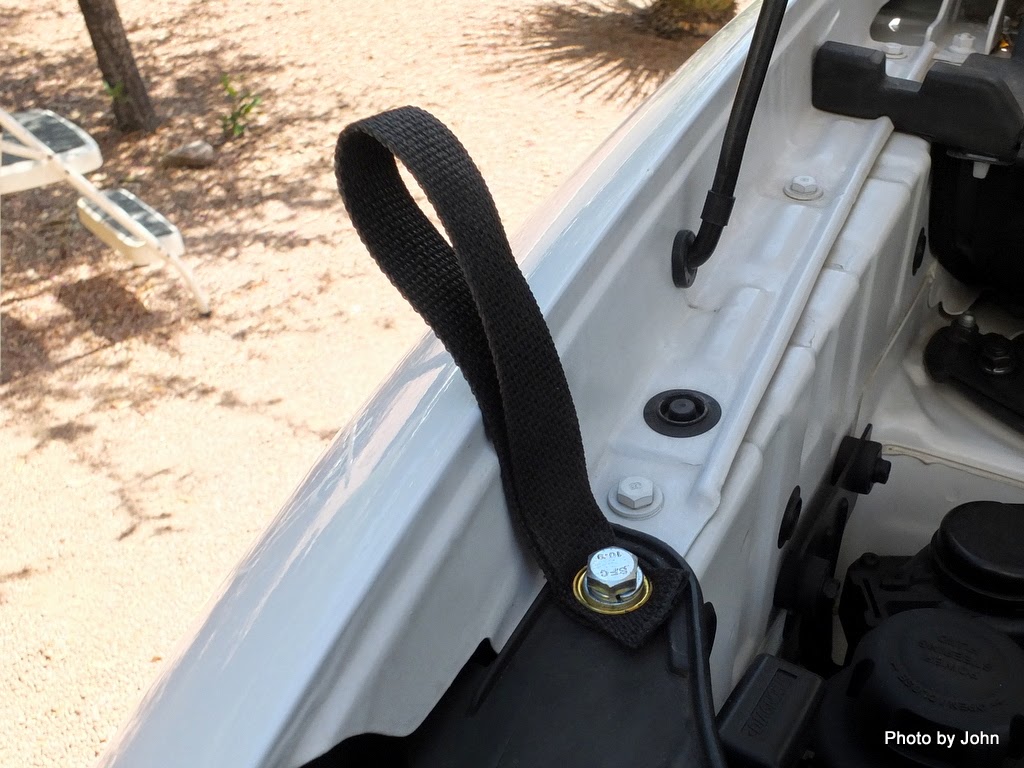 and then installed under one of the fender attach bolts under her hood. 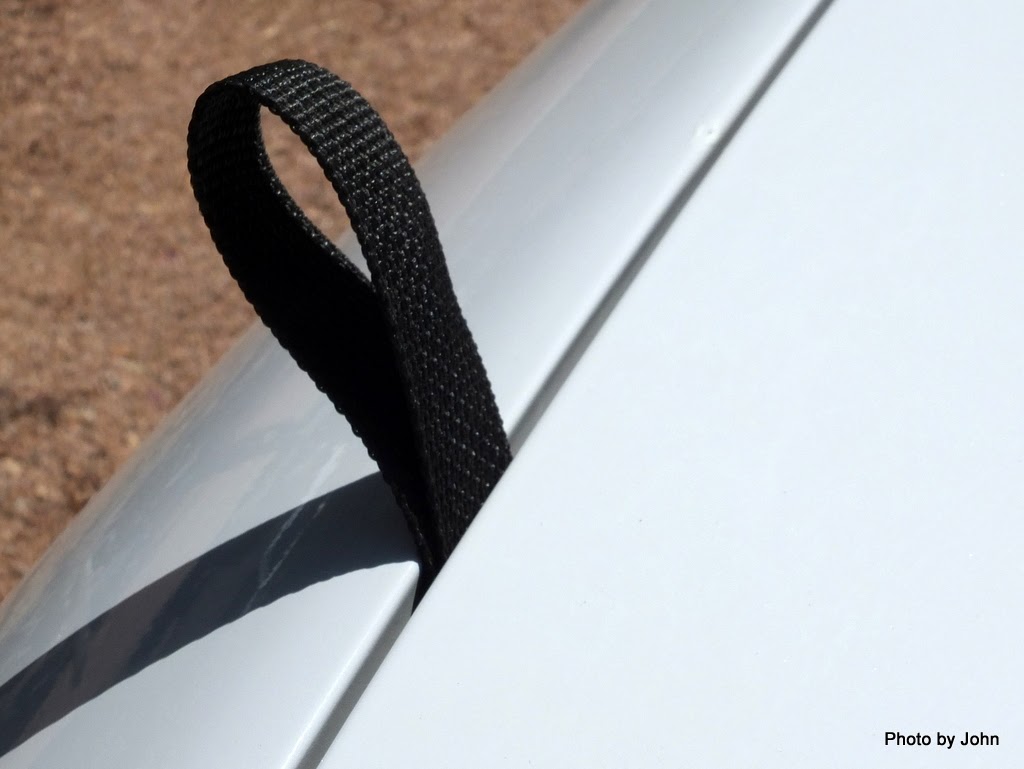 Now when she needs a bowline attach point, it's readily available, but hidden under the hood the rest of the time. 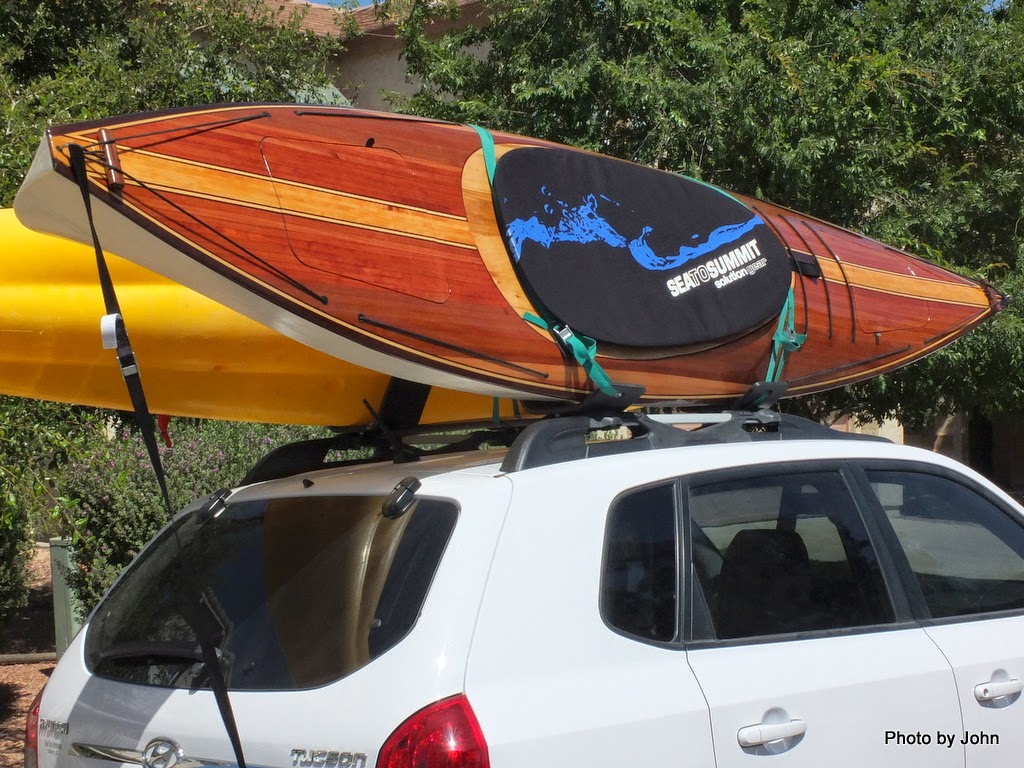 By 11 a.m. the boats were loaded and her garage was neater than it had been for the past 3 months. A quick phone call to BJ confirmed that she was available and wanted to go with us so we might as well get the boat wet - sooner than I'd expected. 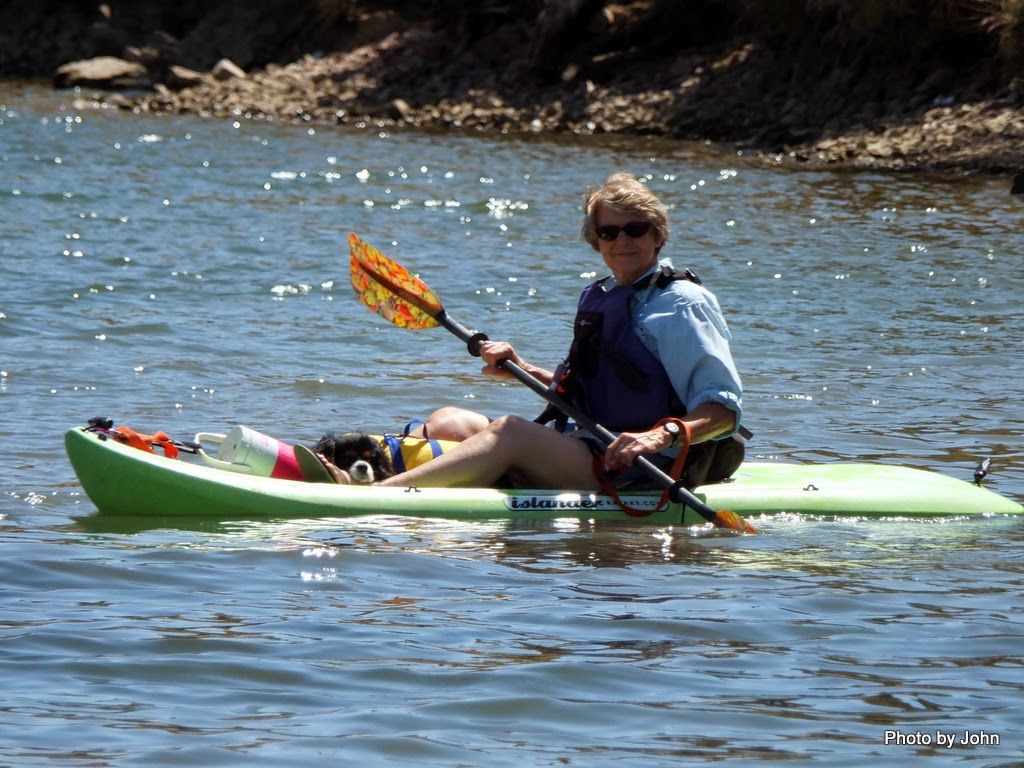 Even Turk came along to watch as long as he didn't have to get too excited. 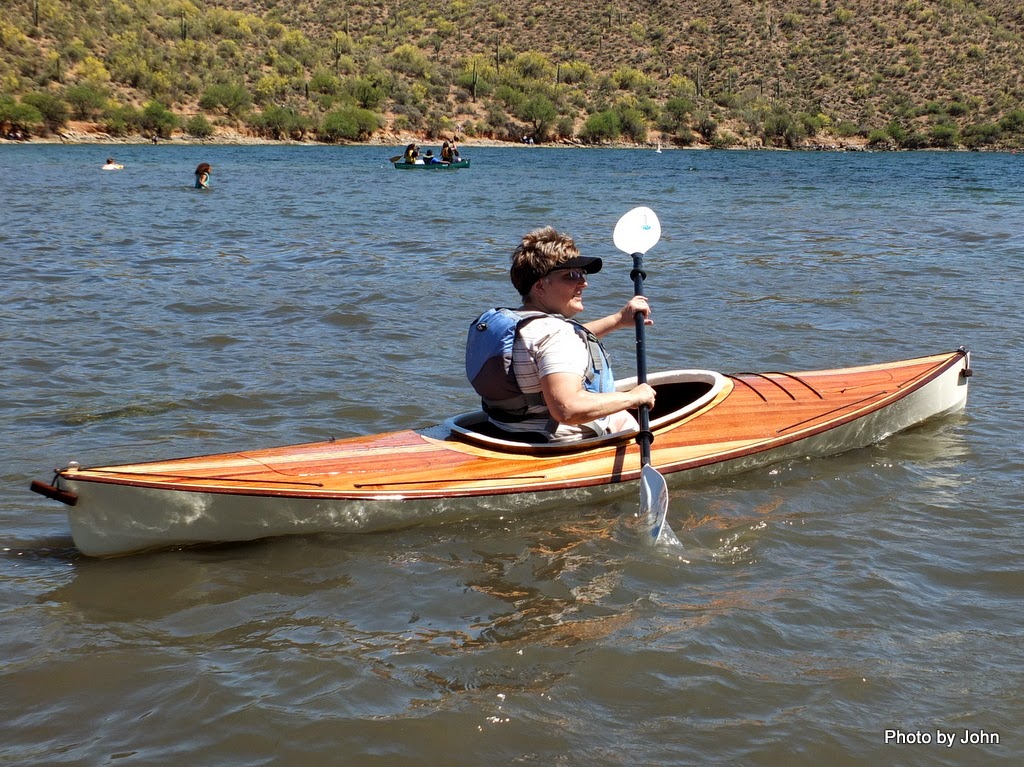 The boat handles well and is very stable as would be expected from the hull form. 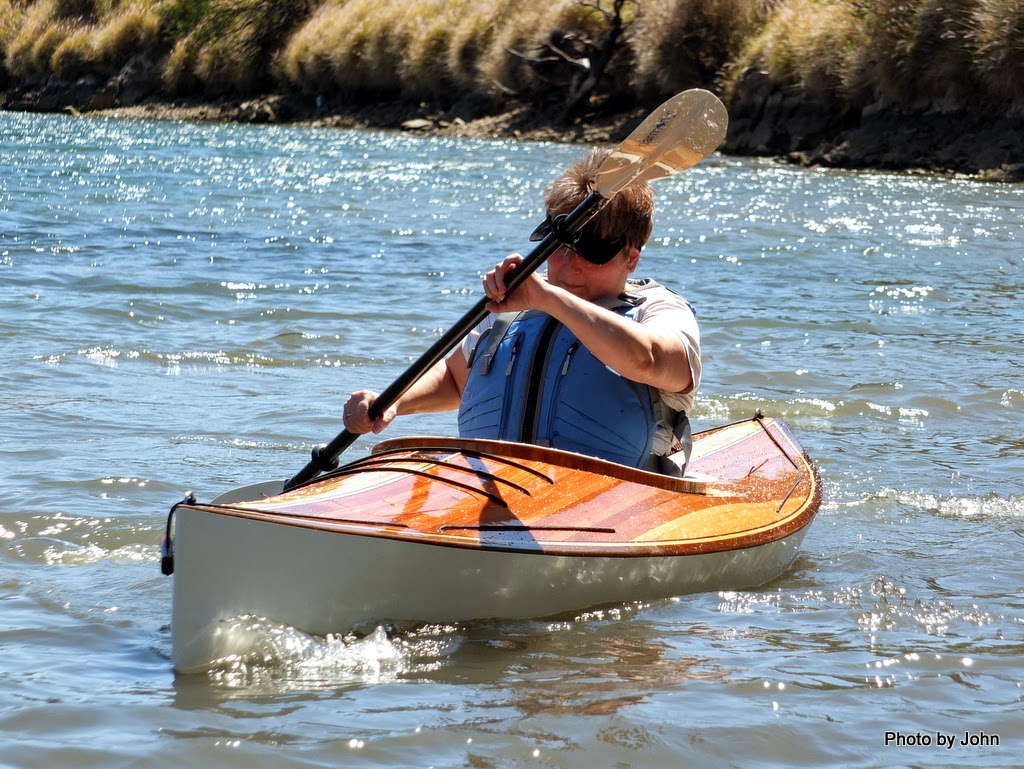 It's surprisingly quick but kicks up a fair amount of bow wave. 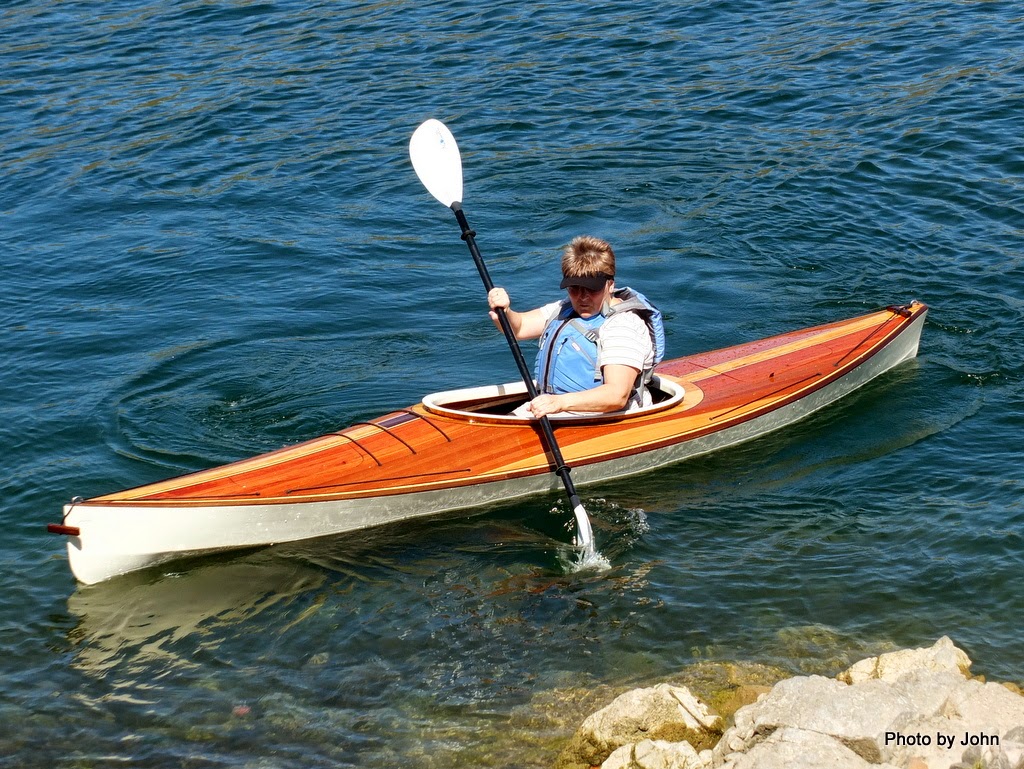 All in all, a successful project. Paddles nice and looks nice. Built in about 50 days when all the time away was subtracted. We'll see how it does carrying a load when it goes on the Green River in September.