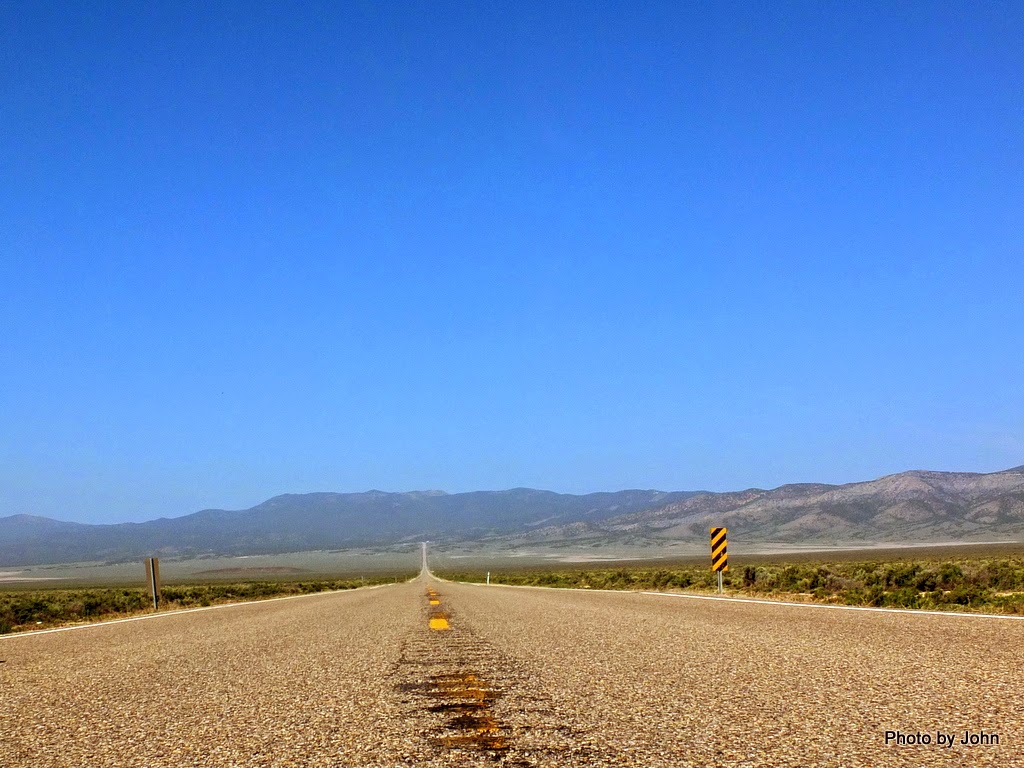 We left Baker, Nevada & Great Basin National Park yesterday after dumping the tanks and fueling at the only station in town. The dump is not well marked, but it's there. $5 on the honor system.

Obviously, Alaska must not be in America. We saw a lot more traffic today that I've seen on stretches of Alaskan roads. So much for "The Loneliest Road in America." 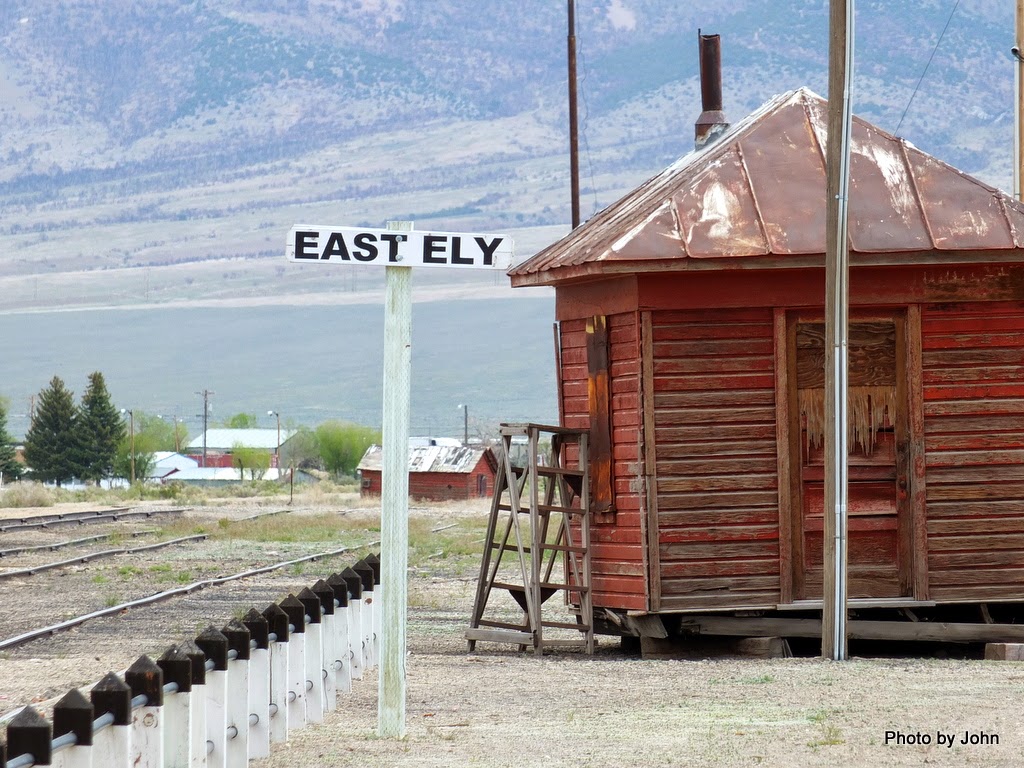 We stopped in East Ely to check out 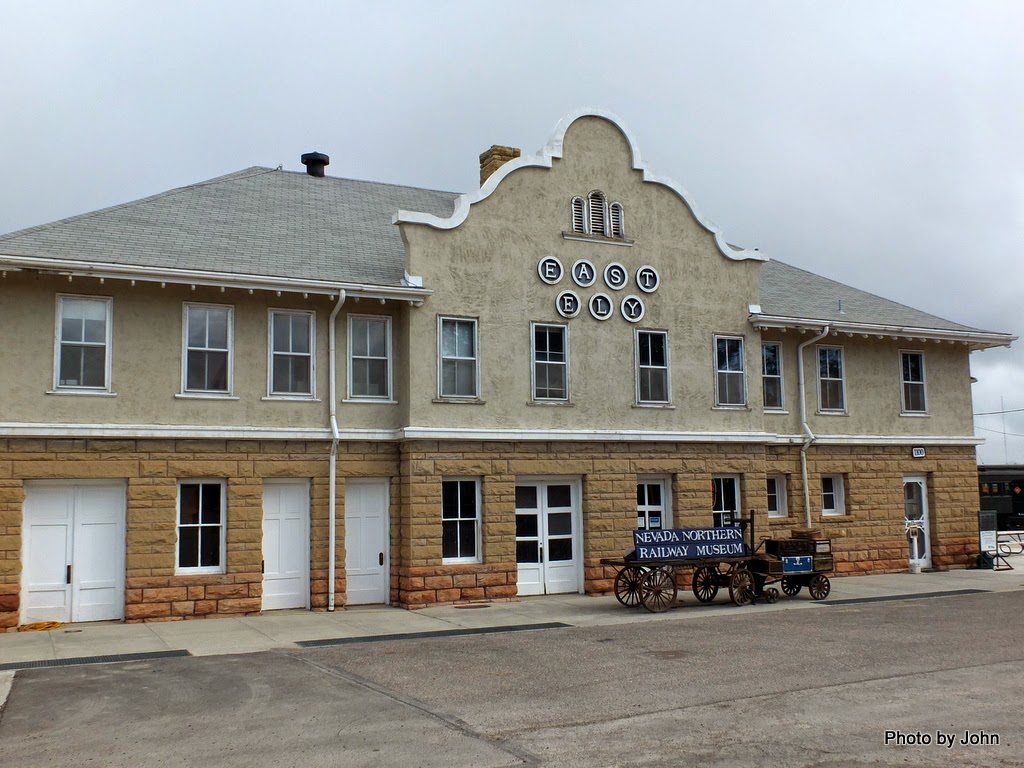 the East Ely train station, home of the Nevada Northern Railway Museum. The day was very overcast and cold (we'd already seen some light hail and would later see some light snow as well as rain) so we decided not to take the time to do the proper tour of the museum and yards. 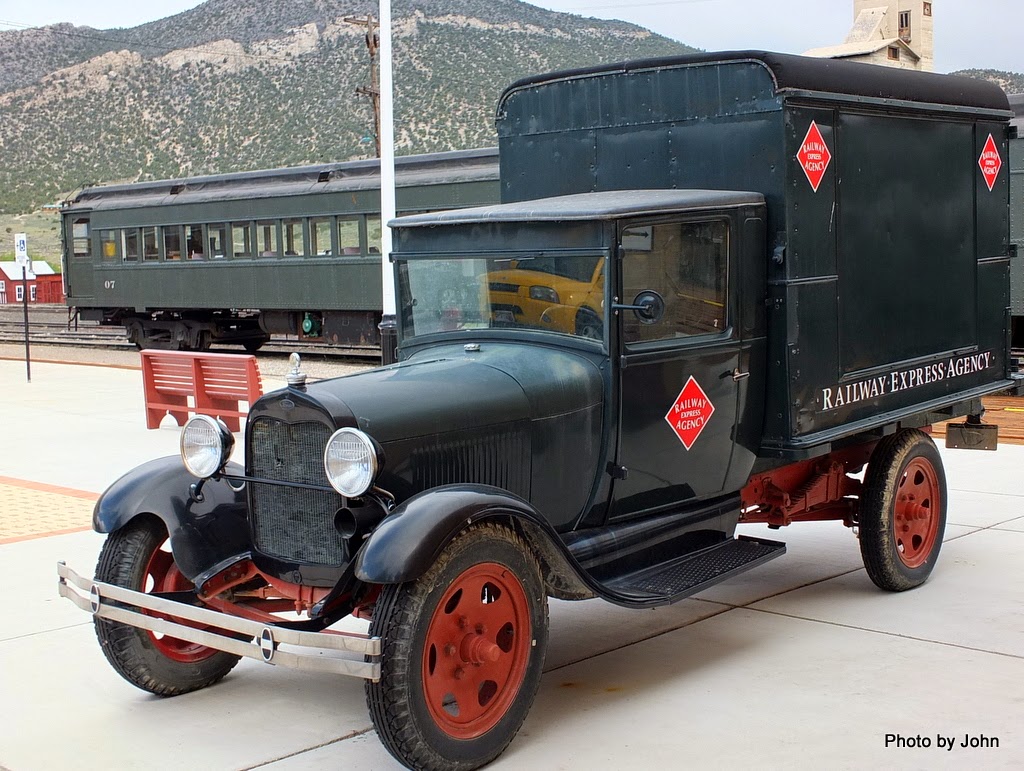 The outside looked interesting. Starting in June they run trips daily but in May it's just on weekends. By the time the weekend comes, we'll be somewhere in eastern Oregon. 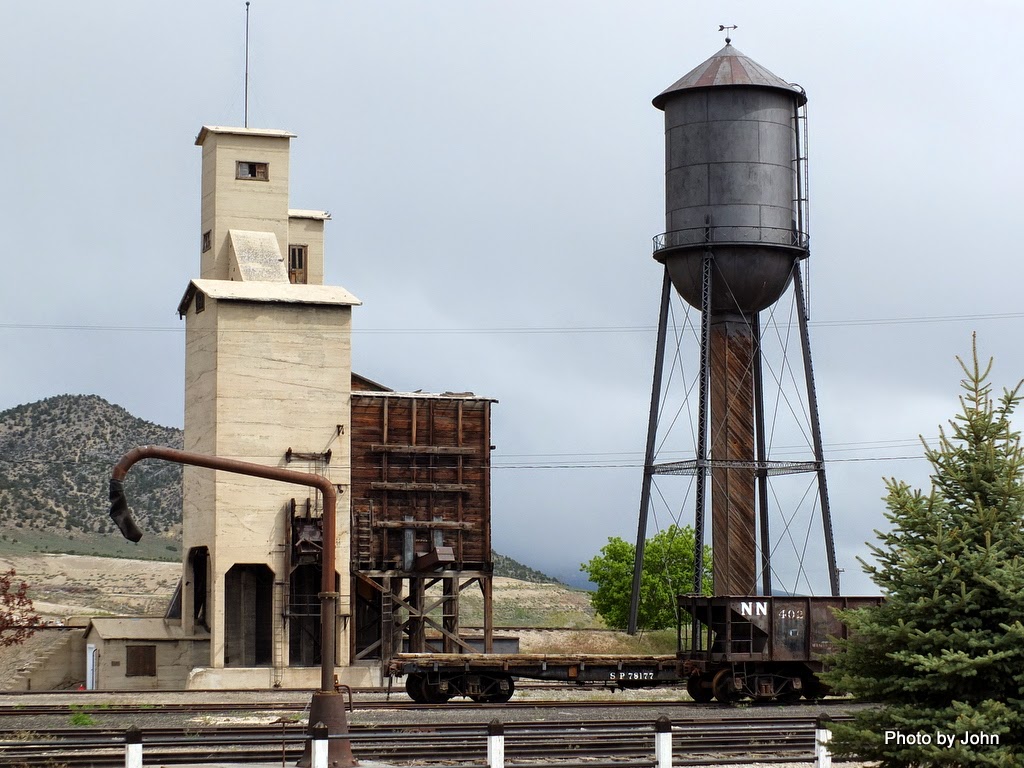 One last shot from Ely and we're on the road again. 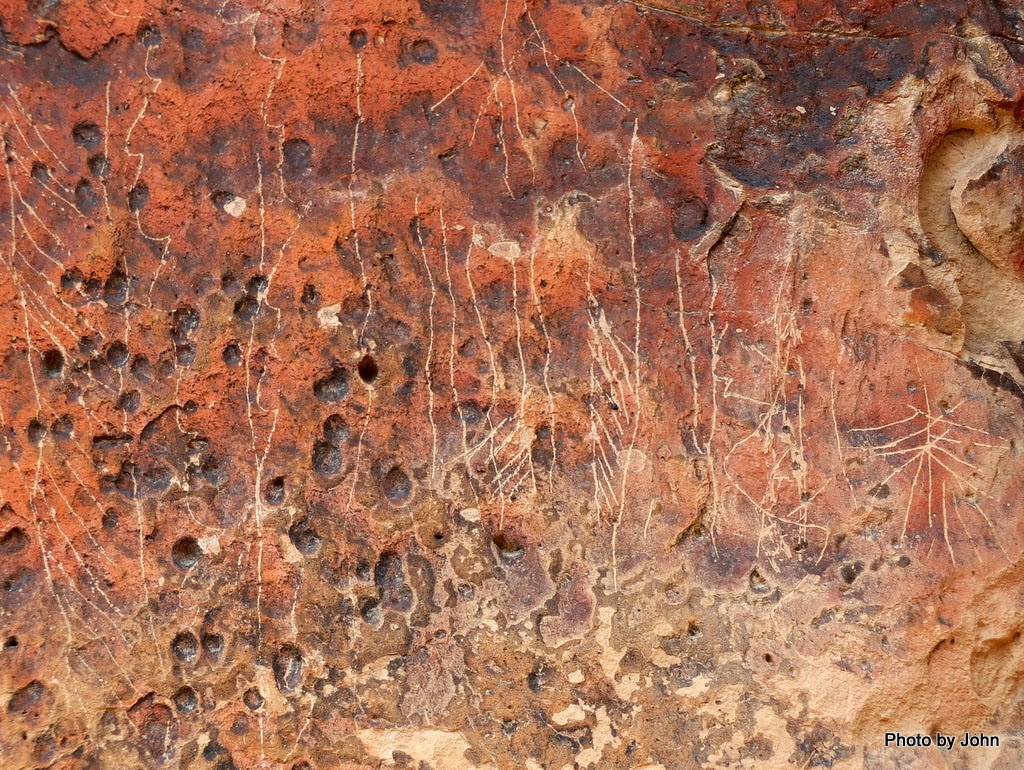 Our home last night was the Hickison Petroglyphs Recreation Area about 25 miles east of Austin. The petroglyphs were very different from those I've seen in Arizona and Utah. Some were scratched 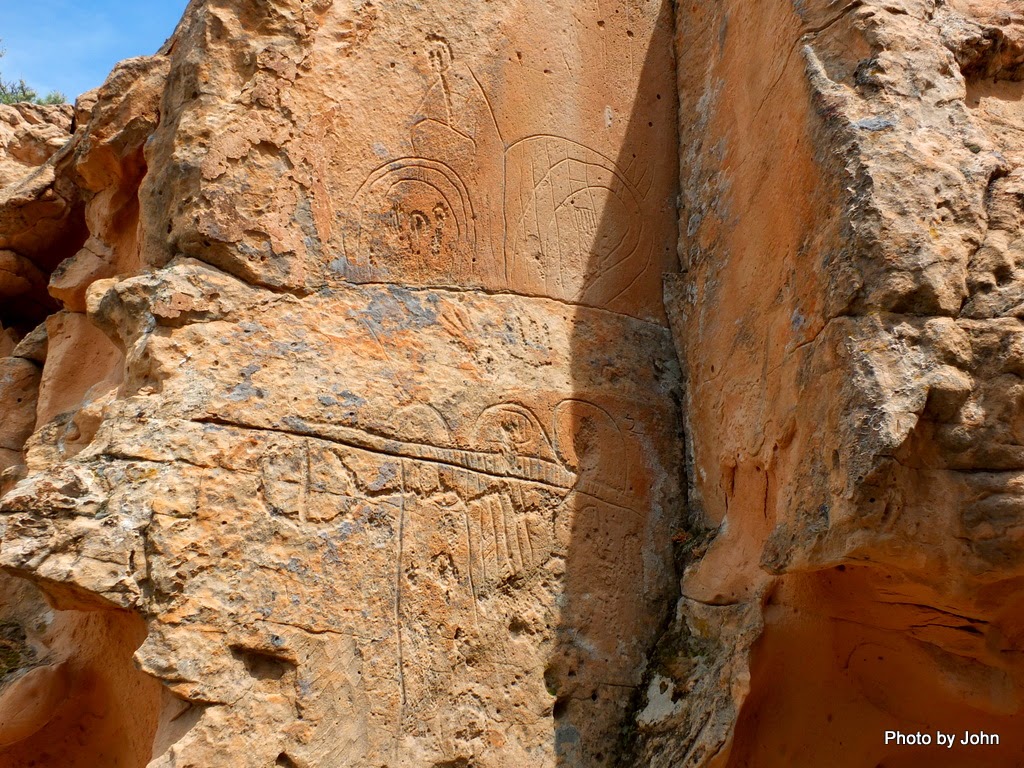 while others were pecked. Lots of straight and curving lines, but none of the people and animal figures to which I'm accustomed. The stone here was very soft and many of the panels had weathered significantly. 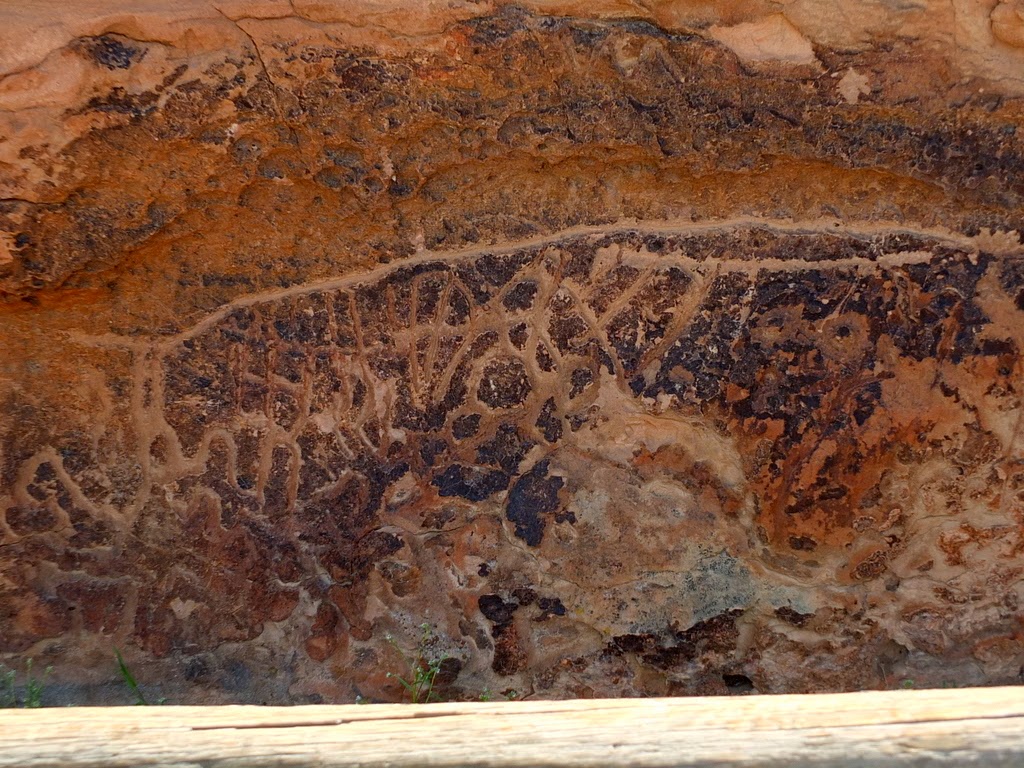 This one was located under an overhanging rock which protected it from some weather. I have no idea what it signifies. 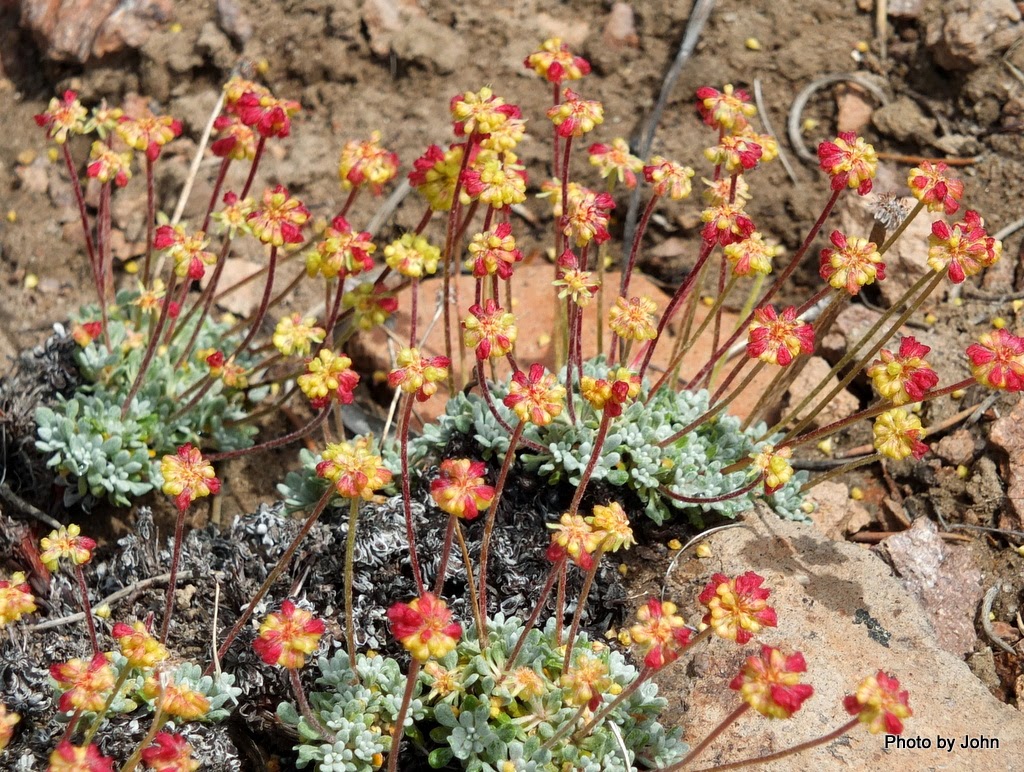 The spring flowers were in bloom, but the weather continued overcast and cold.

There were 15 or 16 campsites but there is no water. There's no fee, either. Our phones showed a weak 1x signal but I was able to get 3 bars of Verizon 4G data with the antenna and amplifier.
Posted by Just Finding Our Way at 1:30 PM