Hidden Under the Deck 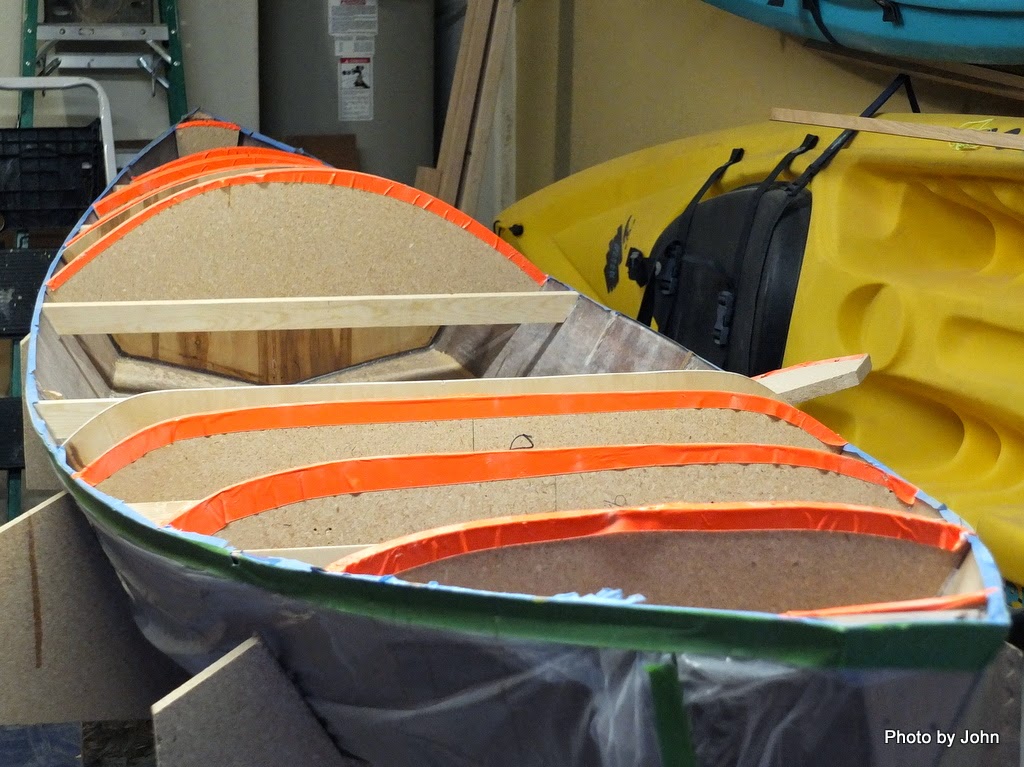 This post and parts of the previous post are mixed up sequentially. We carefully removed the deck from the forms so that we could finish the underside of the deck. The first strip of the deck had been tacked to the forms and occasionally other strips were hot glued to the forms, but it separated quite easily as it was intended. 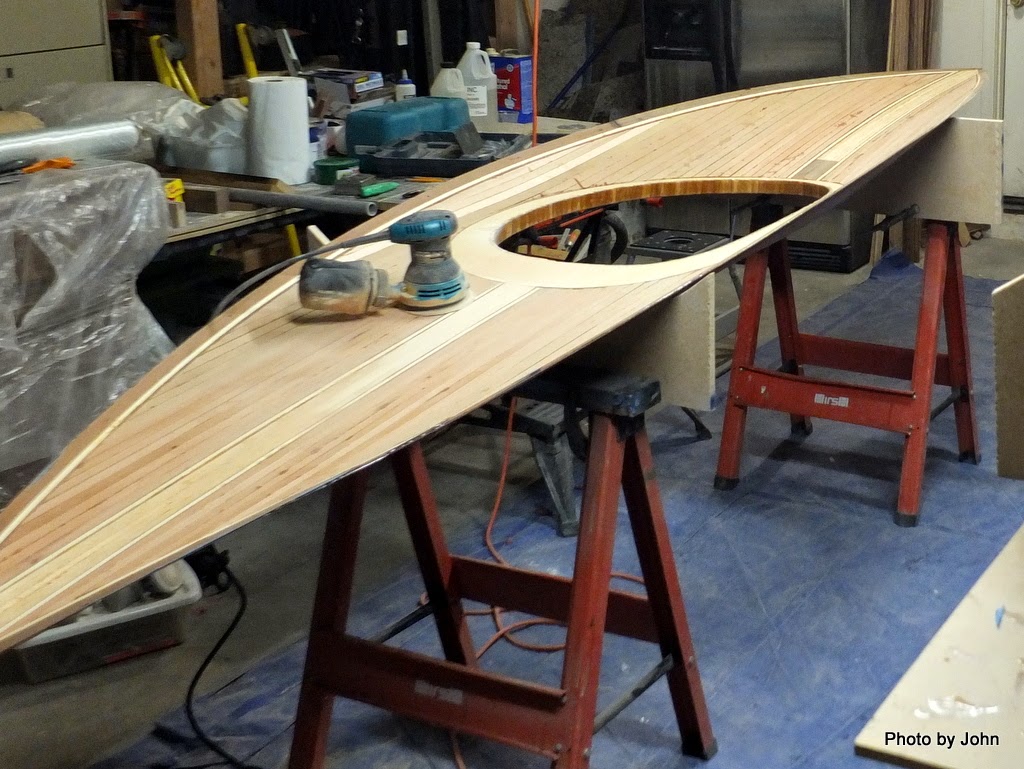 Eighty grit on the sander made quick work of smoothing the underside of the deck. 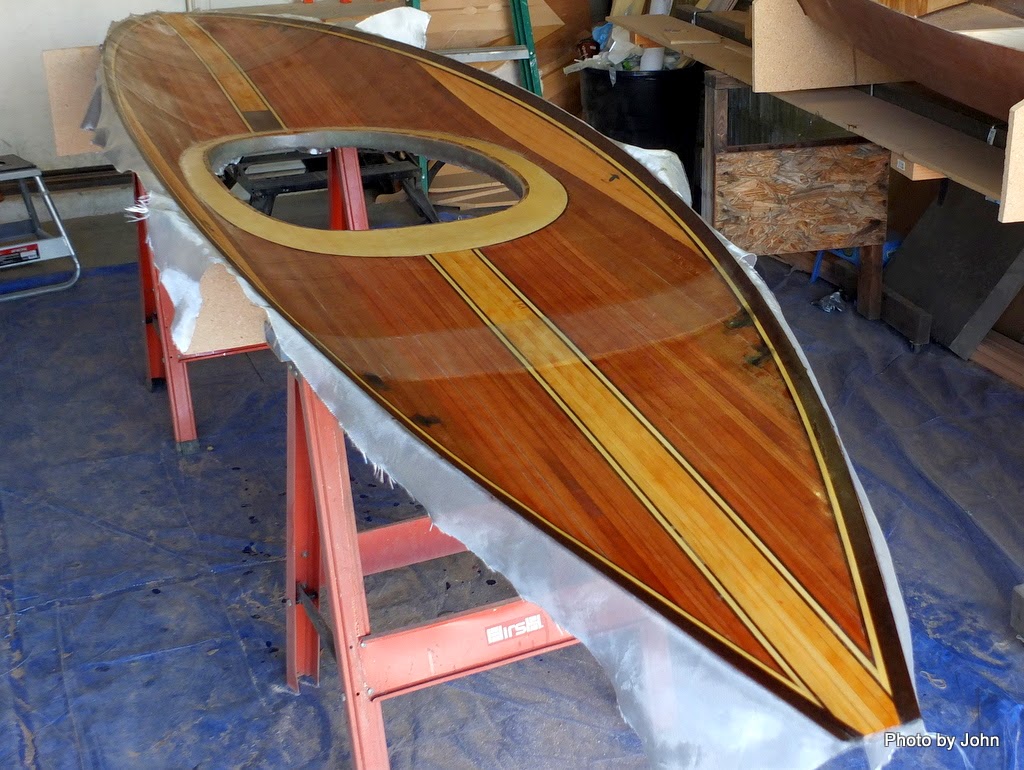 Oversize holes were drilled through the deck where the perimeter line was going to pass through it, and then the holes were filled with thickened epoxy tinted black with laser toner. A strip of 17 oz fabric was placed across the center of the areas that would become the hatches for extra strength and then the underside of the deck was glassed with a single layer of 4 oz fabric. 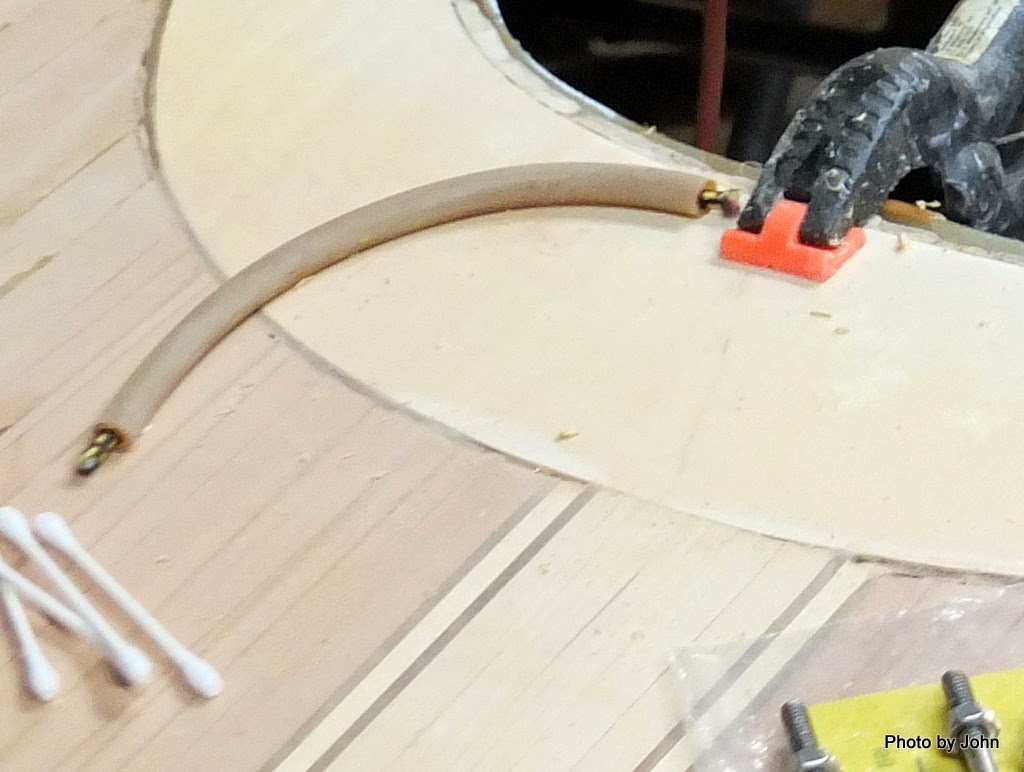 Waterproof passages for the perimeter line were fabricated using appropriate sized surgical tubing with a small bungee in the core to keep the tube from collapsing. The tubing was placed through the pair of deck holes 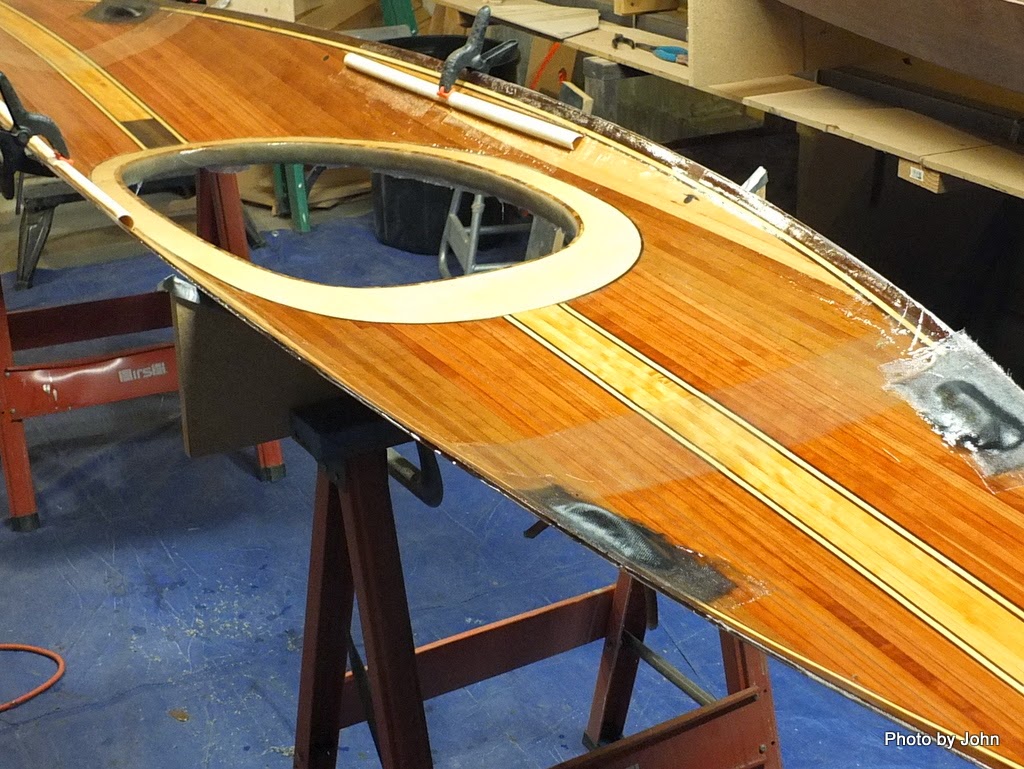 and then covered with thickened epoxy and fiberglass fabric. The next day, the surgical tubing was pulled out, leaving an epoxy tube under the deck for the perimeter line to pass through. We also placed split PVC tubing to serve as a channel for the perimeter line inside the cockpit. These tubes were glassed in place as well.
Posted by Just Finding Our Way at 2:30 PM