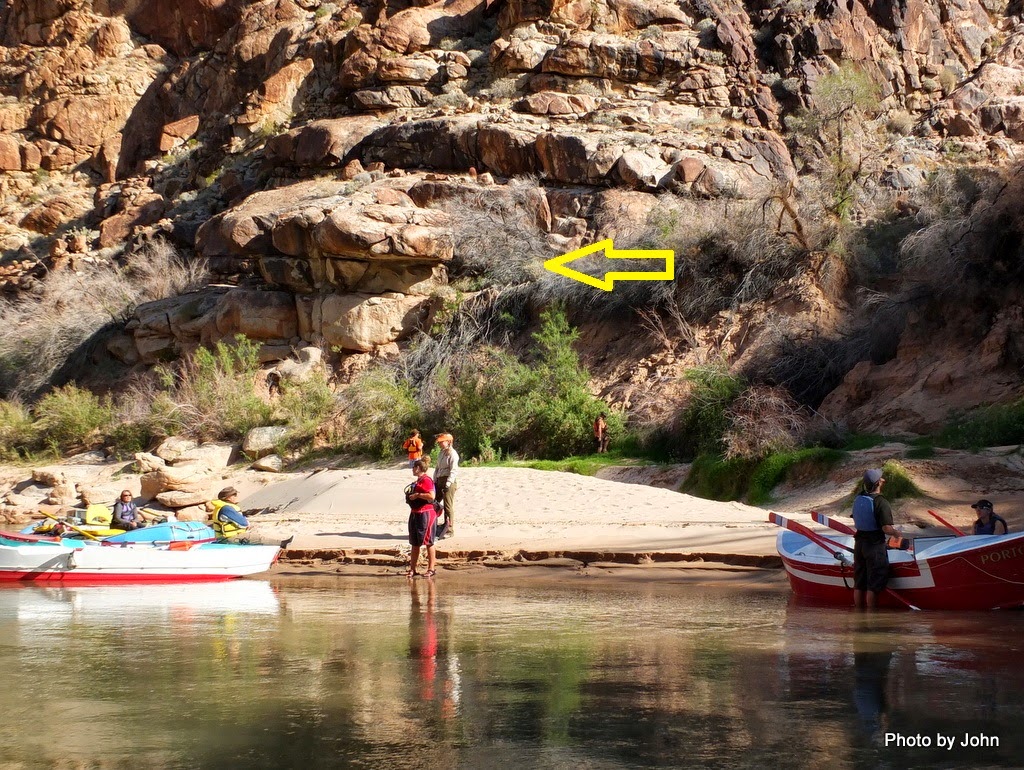 We left Spencer Canyon about 9 a.m. but some of us didn't get far, stopping in an eddy almost directly across the river to look for the Buzz Holmstrom mark from 1939 when his group was one of the last to run Lava Cliff rapid before it was submerged by Lake Mead. It took awhile and most of us had given up, but Greg found it somewhere near the arrow. After yesterday's wind and threats of rain, the day was looking pretty nice. 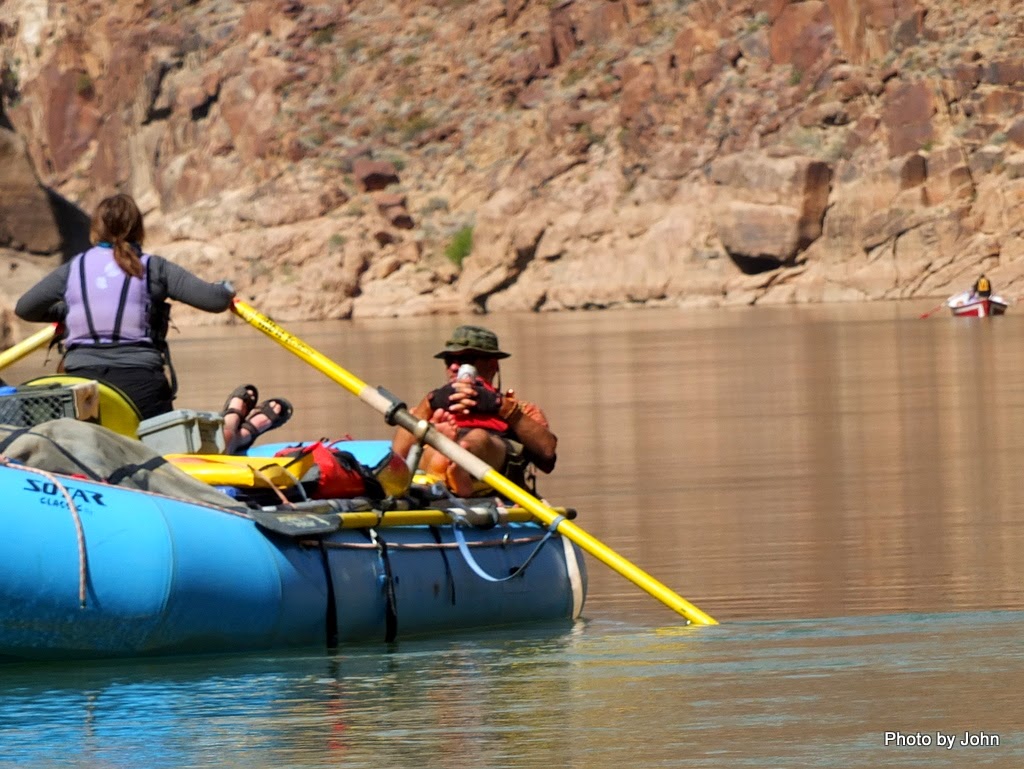 We were hoping for a fair amount of distance but also realized that the trip was quickly winding down so there was lots of relaxing by the full trip folks while the Diamond Creek crew rowed. 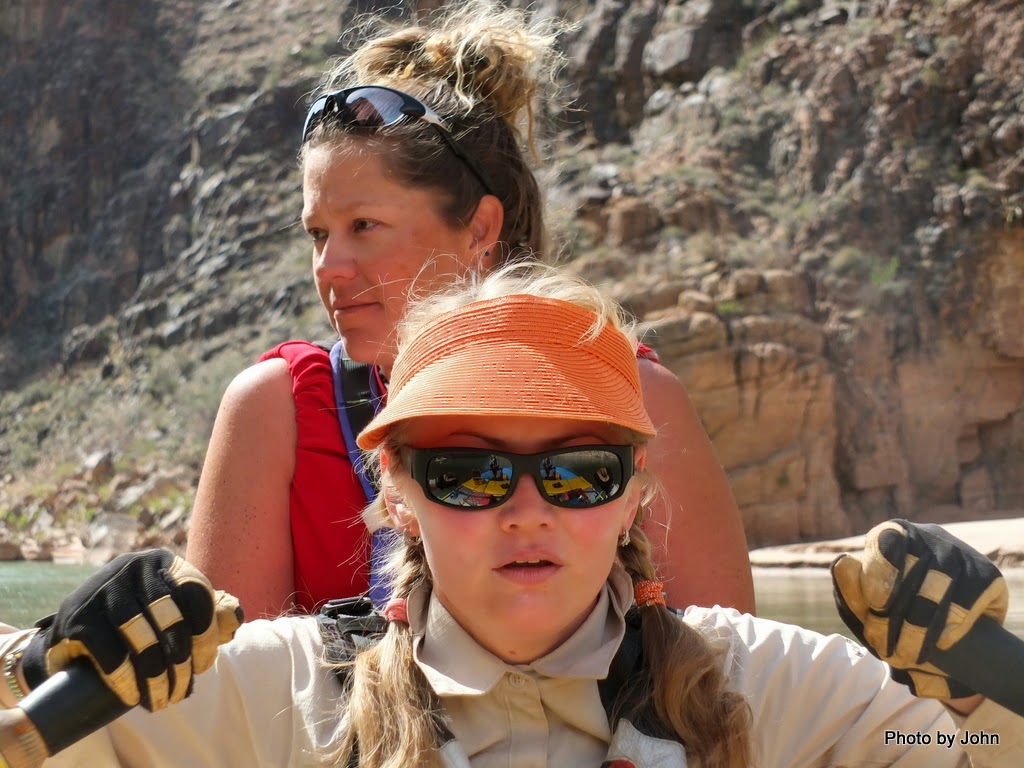 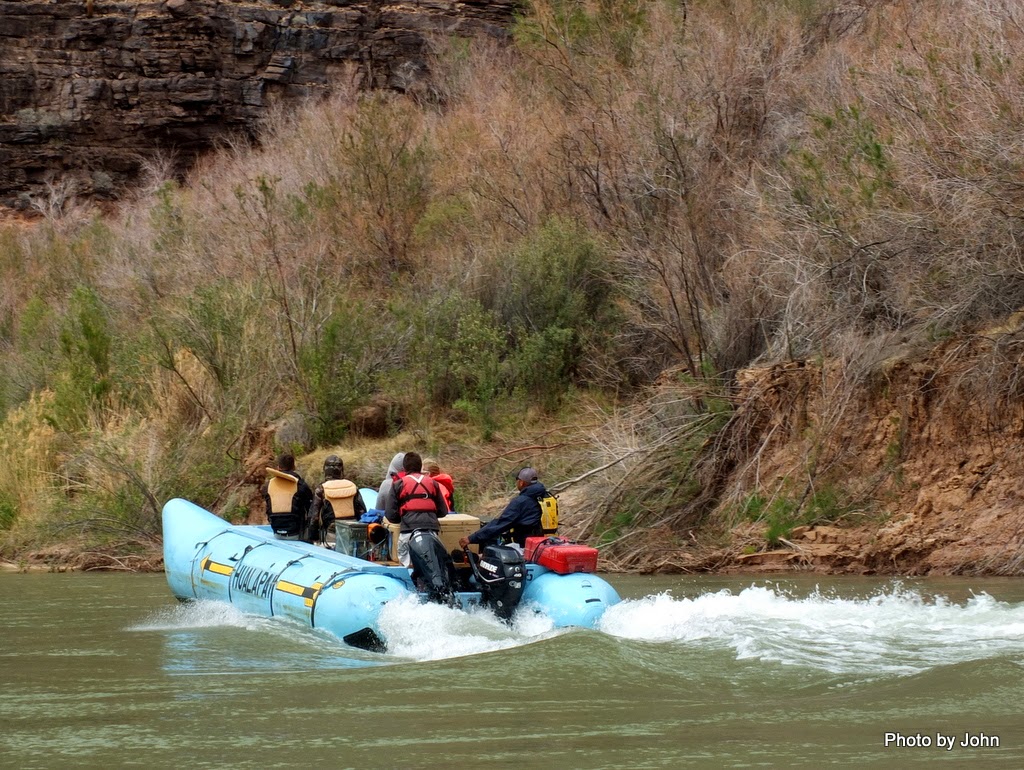 As we got closer to Quartermaster Canyon, we were passed by the Hualapai snout rigs on their daily whitewater charters from Diamond Creek.

There were lots of shoals and sandbars in this section which we managed to avoid, unlike some of the boats in our group. 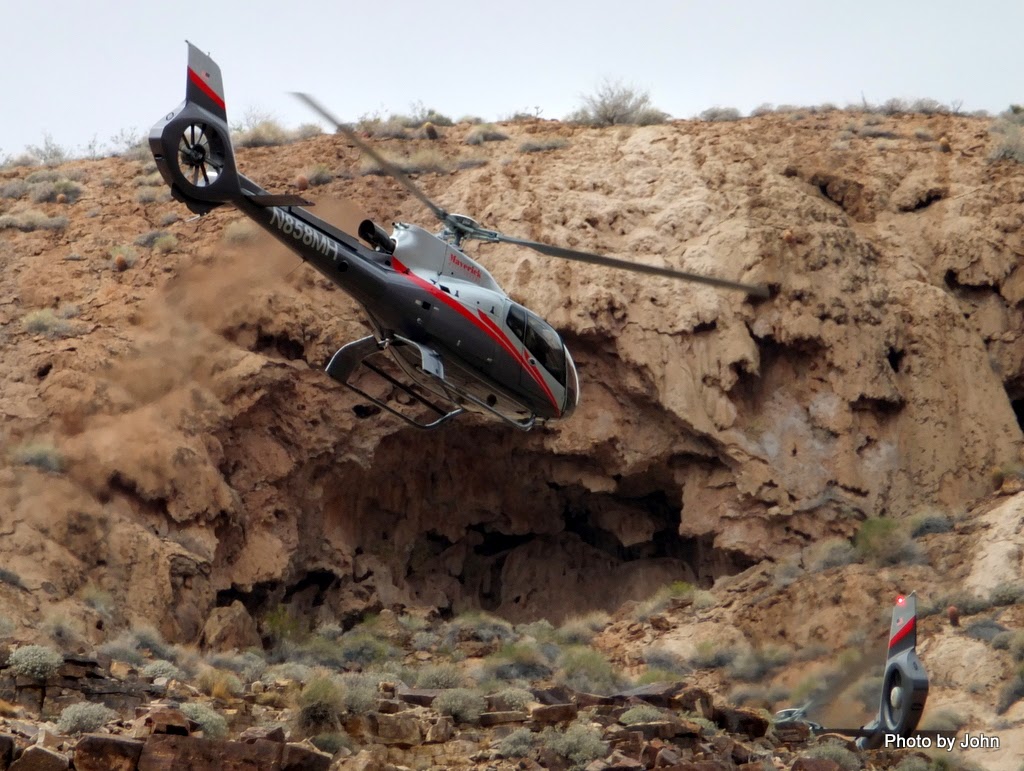 I counted 8 helicopters within a one mile area and think I identified at least five separate helipads in the Quartermaster Canyon area. The helicopters are flying tourists from Las Vegas and from the South Rim. 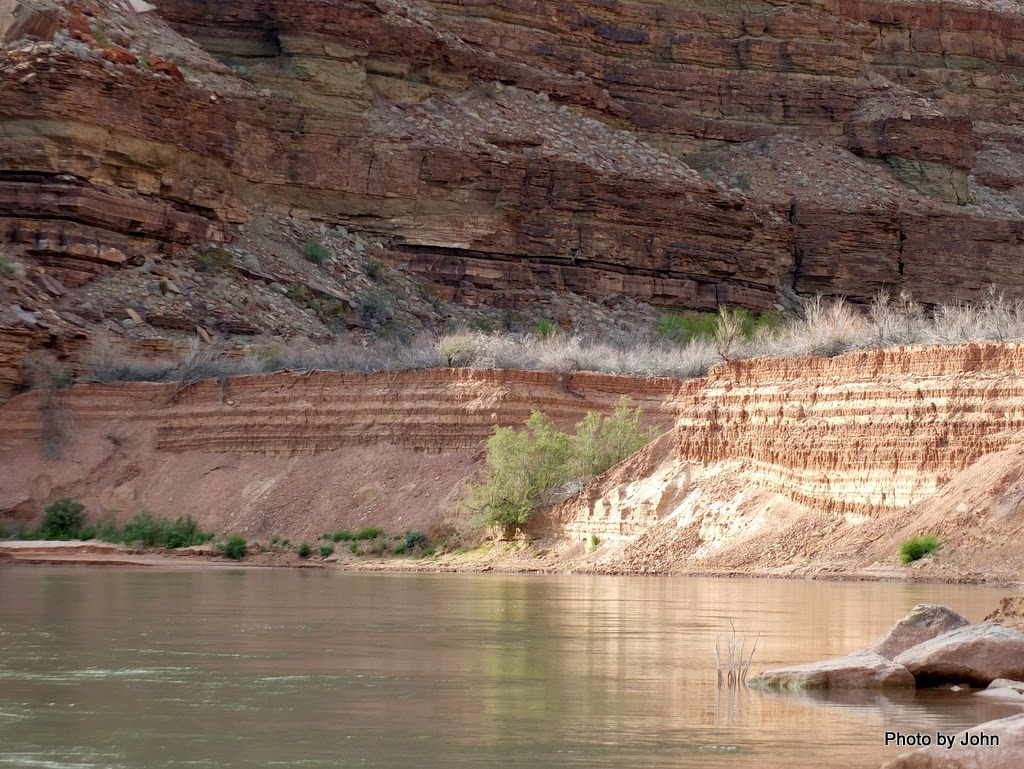 With the level of Lake Mead over 100 feet below "full pool," the river has cut down through layers of silt, looking sort of like a layer cake. 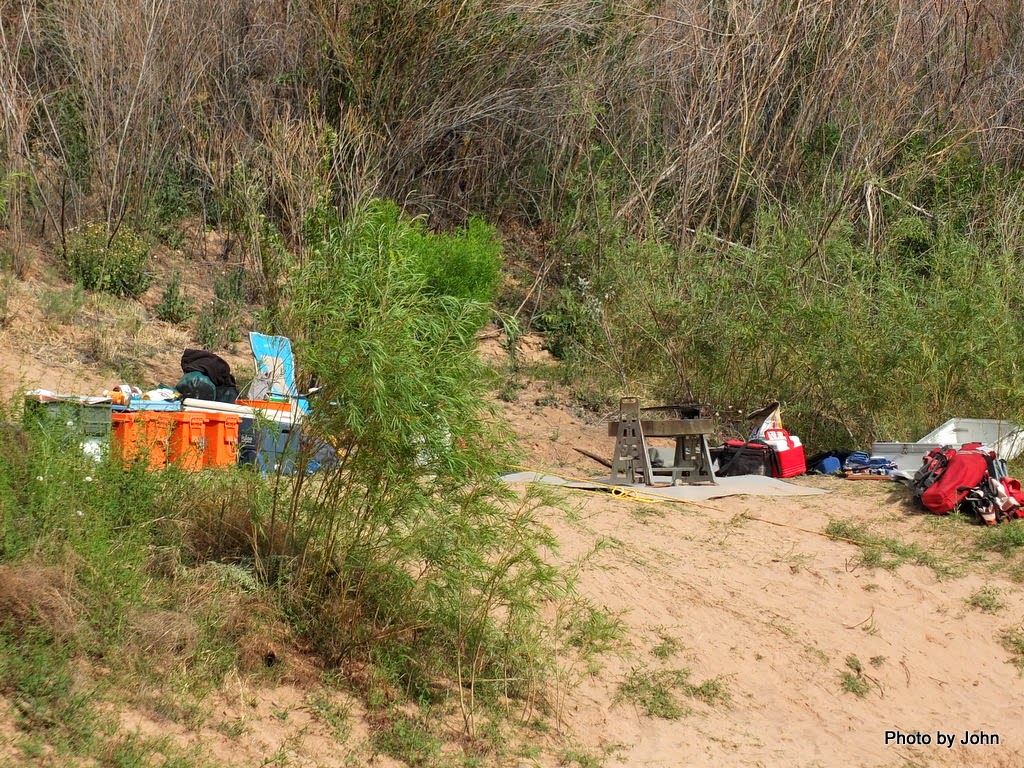 We were last to arrive at camp - what's the rush? The river edge was very muddy and slippery and built up quickly in shoe treads making it tough to keep a clean boat. The kitchen was set up in a clearing on a ledge 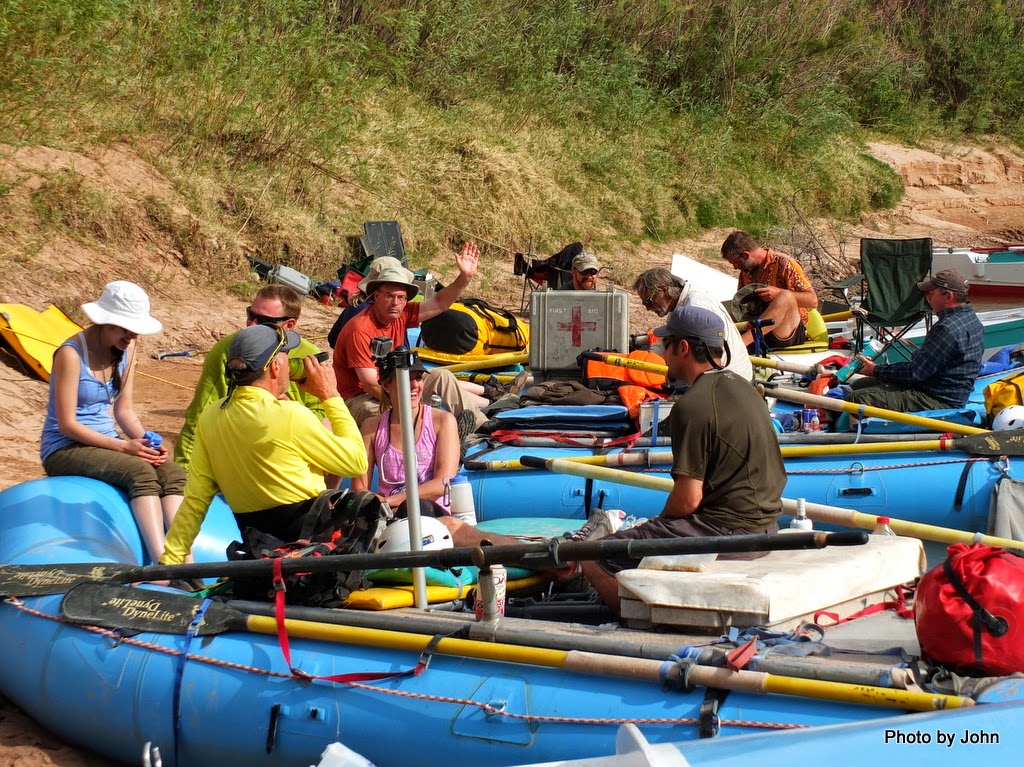 while most of the group hung around on the boats, enjoying the end of another fun day on the river. One boat tried to get away but was quickly caught. Its line had been burned through by an ember from the fire.
Posted by Just Finding Our Way at 8:05 PM