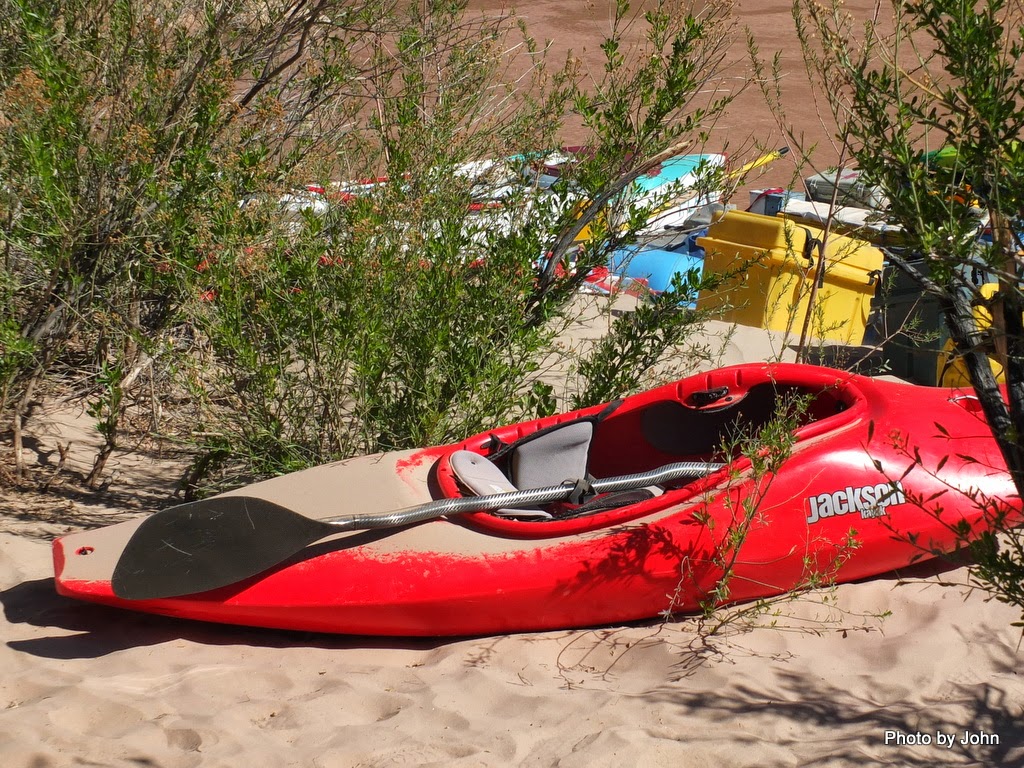 March 11th was a planned layover day at Lava Canyon. The wind had blown all night, leaving ample evidence on Leif's kayak. The morning was cold enough that I was enjoying my down sweater until after the Dutch oven crustless quiche was served for breakfast. 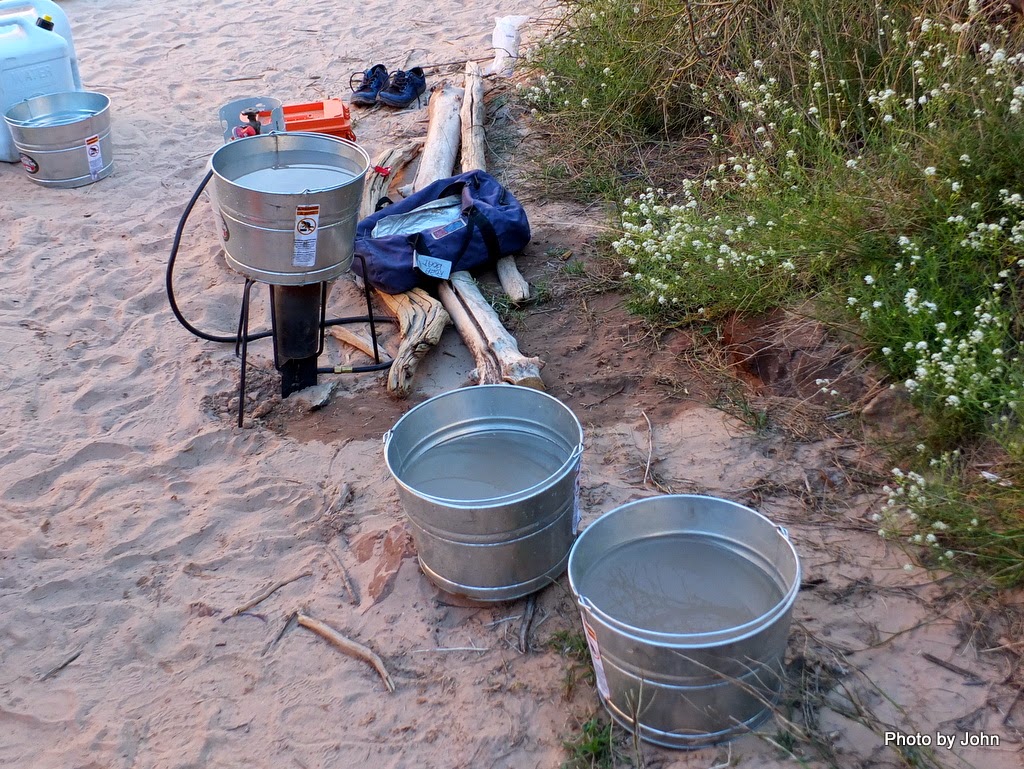 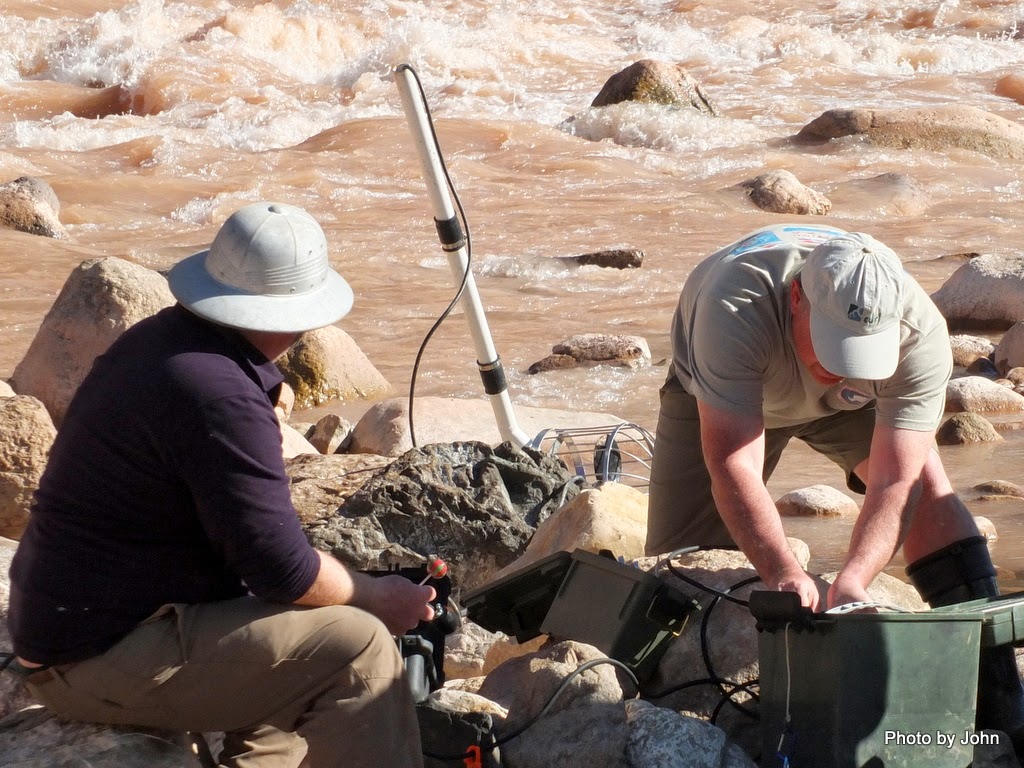 The Mortenson men worked on getting one of the two water-powered generators installed in Lava rapid (class 4) but weren't able to produce much power. 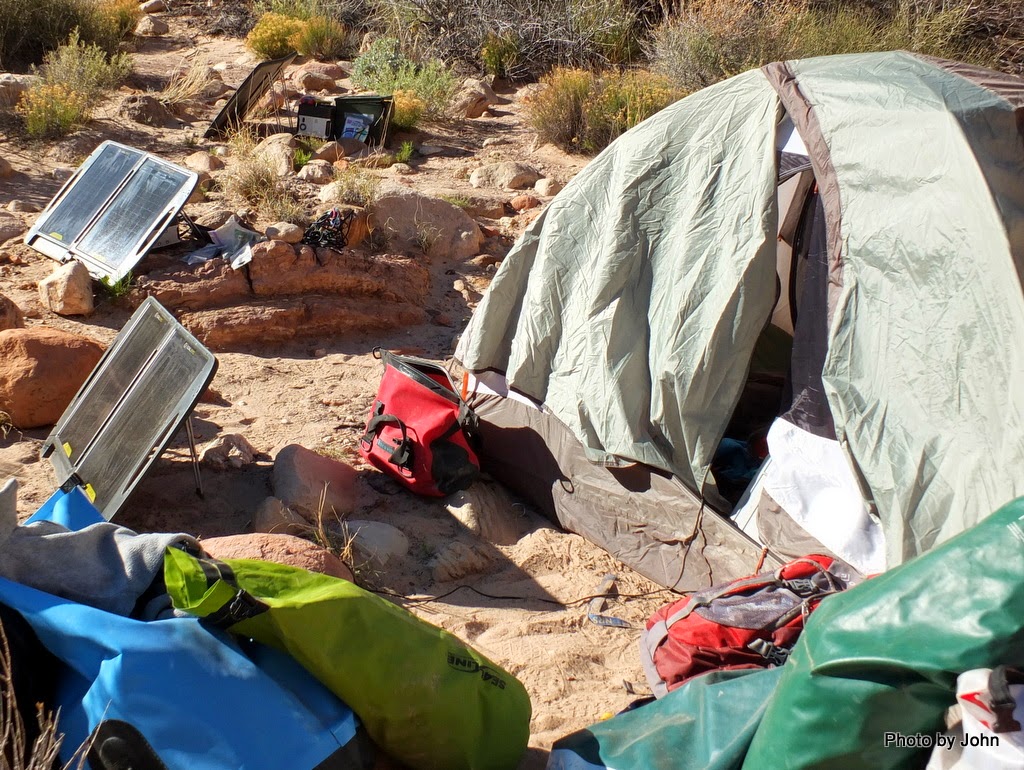 Meanwhile, Helen got her solar panels out and started charging her batteries 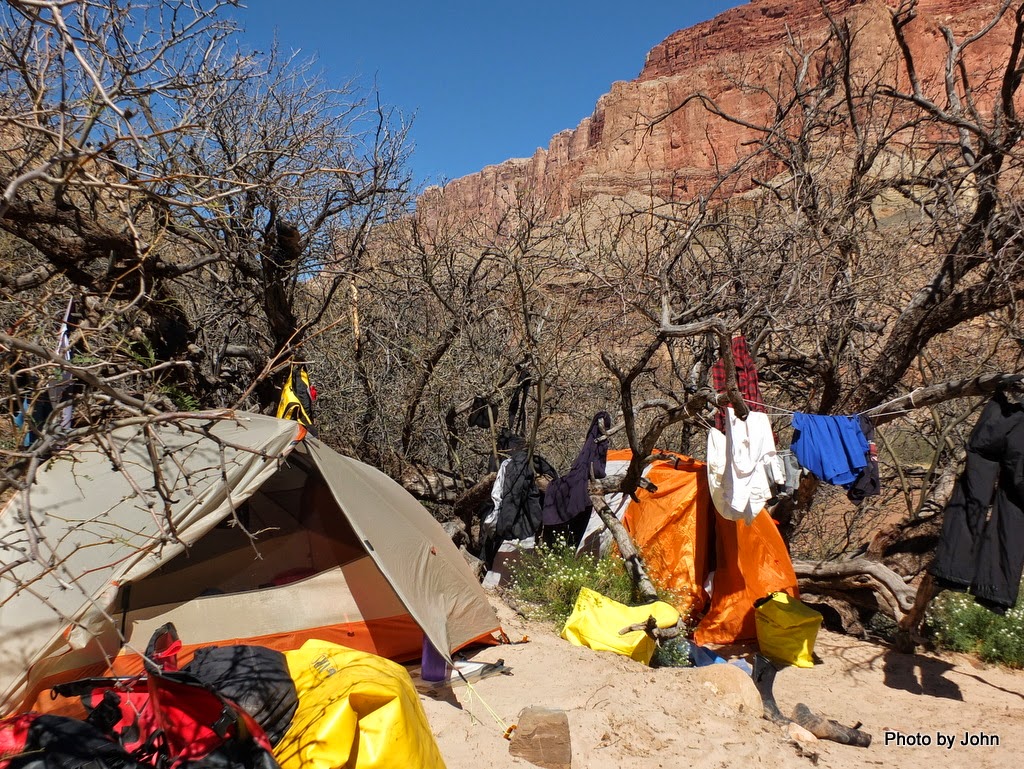 while Tony and I did our wash and hung it out to dry. 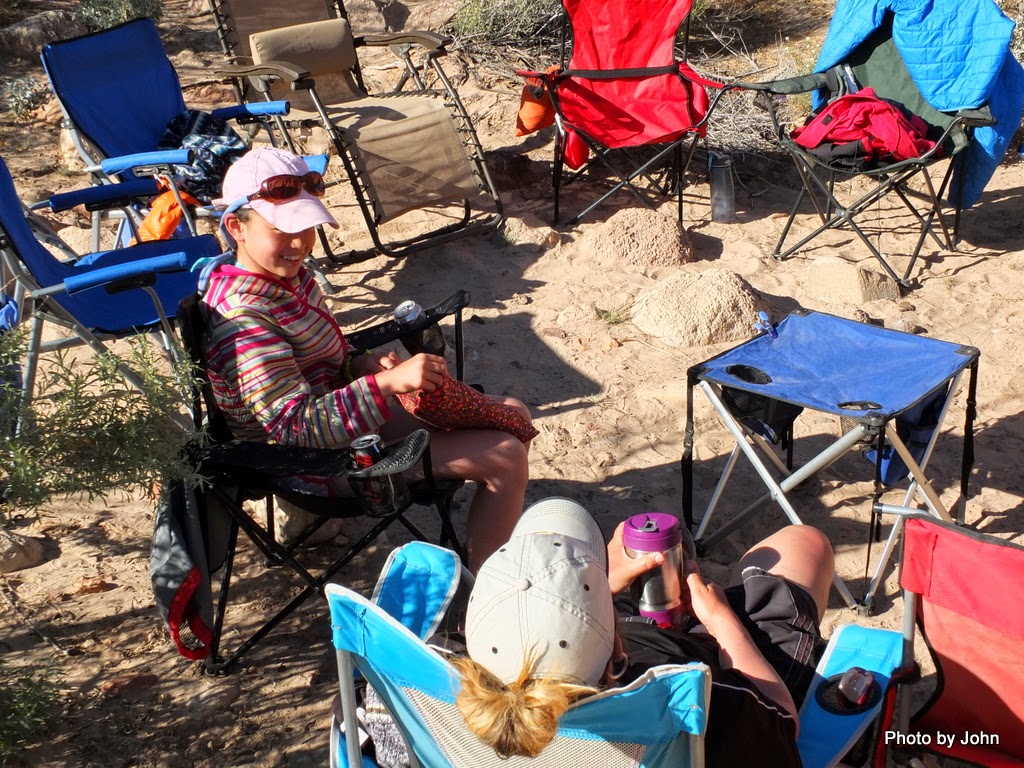 Folks found a spot sheltered from the wind to set up some chairs while others went hiking. 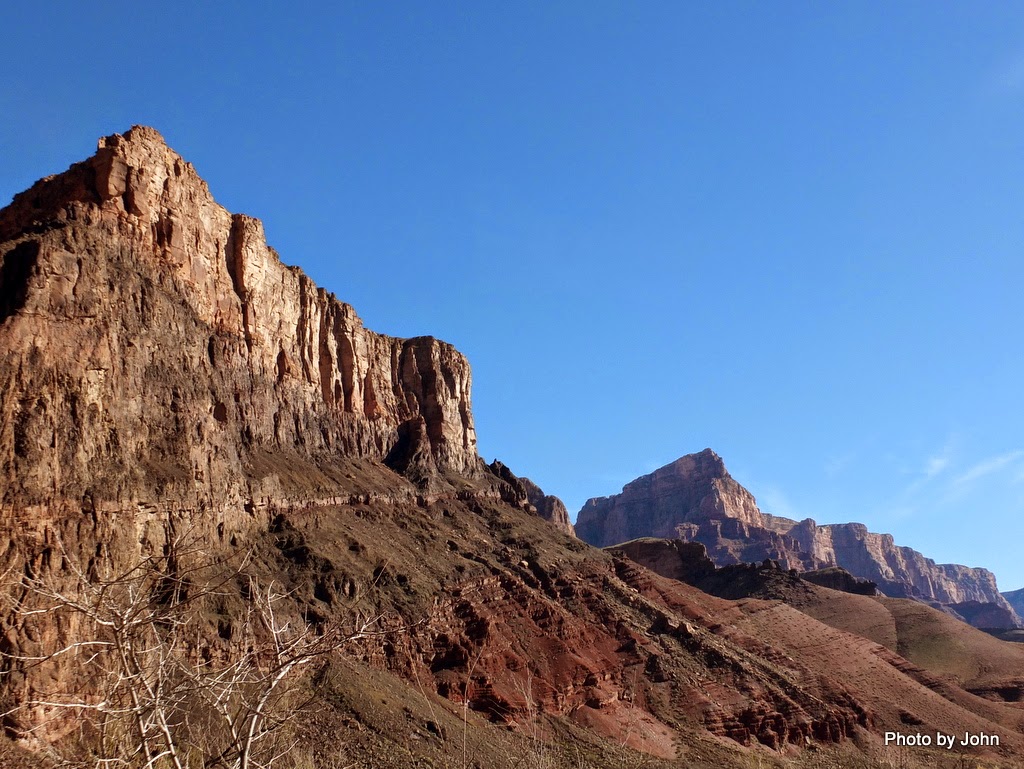 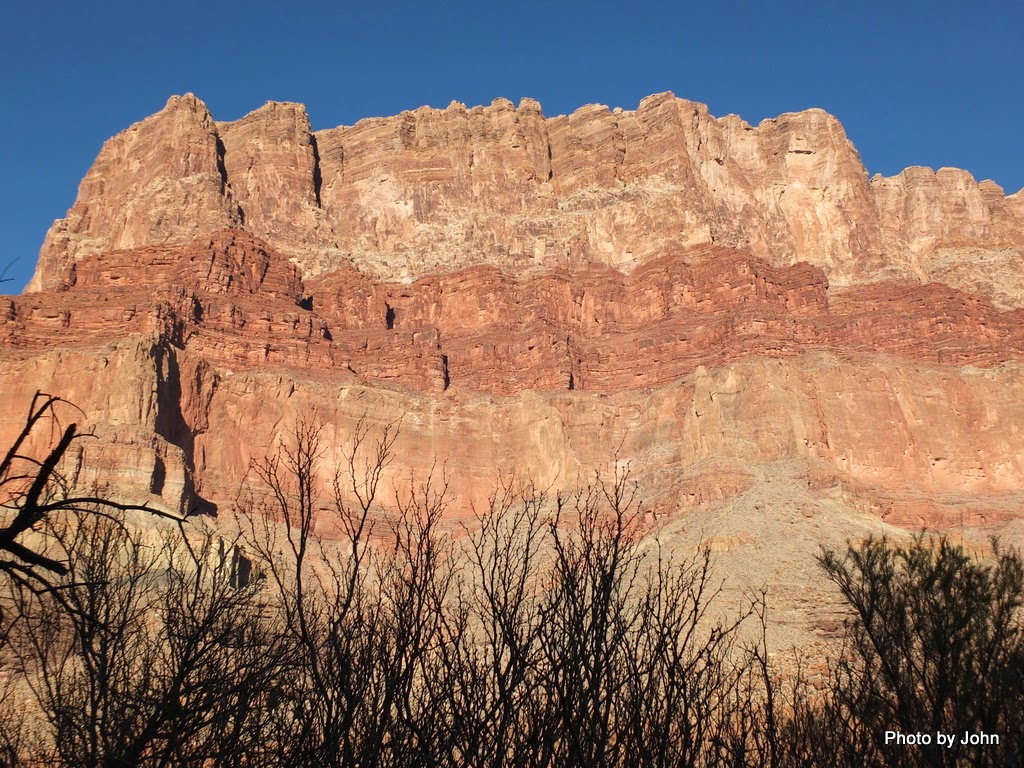 and the cliff directly across from camp. 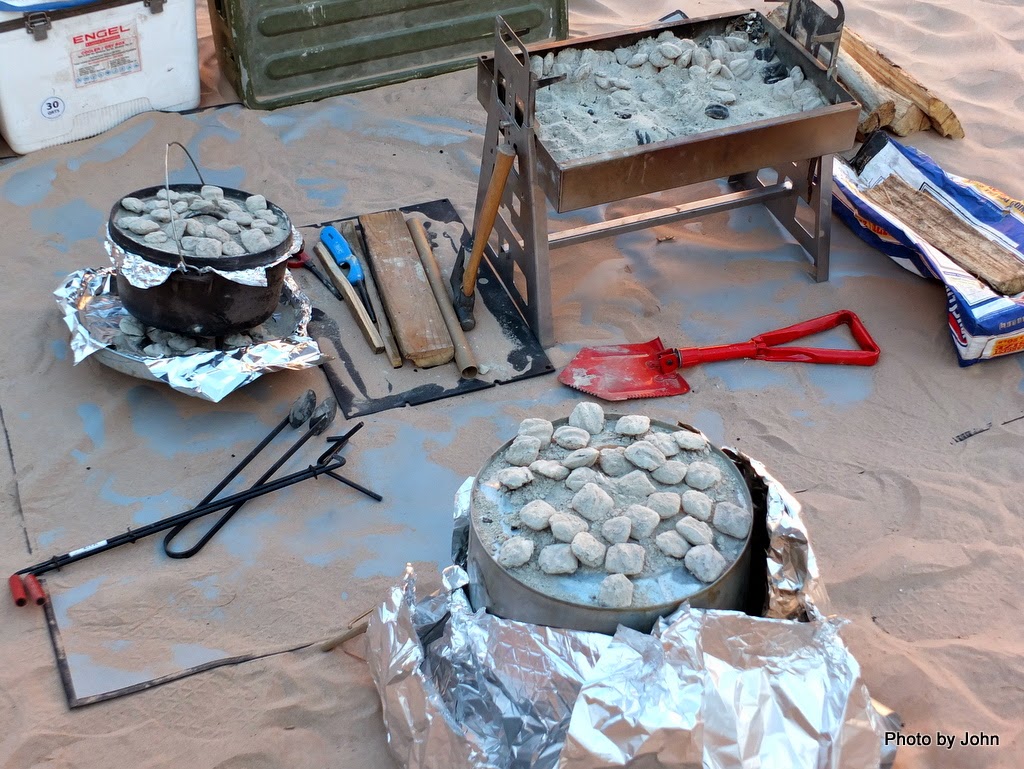 Helen prepared trash can turkey, stuffing, and cobbler for dinner which was a big hit with everyone except Tony who had been tasked with hauling the trash can and kitchen supplies on the cataraft.

In spite of the day off, lots of people were in bed early to stay out of the wind.
Posted by Just Finding Our Way at 8:05 PM