Junior, that is!  Spencer had determined which Ranger Talk he wanted to attend, so first thing this morning (at least for him) we went on a guided walk looking at some of the trees, flowers, and animals at the park including beaver. There were three other kids around his age on the walk and it amazed me how observant they were. 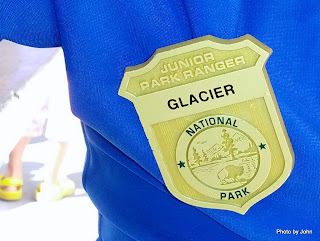 After the walk, and after reviewing his booklet with the Ranger, Spencer was appointed a Glacier National Park Junior Ranger. I’d heard about the program, but was VERY impressed with the educational content and it was lots of fun. He wore his badge all day.

While he thought the walk was “first thing,” Carleta and I left camp at 4 am to take her to the airport to take advantage of an empty seat on the first flight out. We’ll see her again on Friday in Spokane. 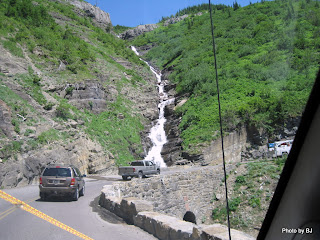 After lunch, Spencer decided he wanted to hike or look for animals and waterfalls at Logan Pass. The Going to the Sun road was everything it was reported to be. A great drive, lots of animals, construction delays, and stupendous views. A short hike at the top provided opportunities to play in the snow and climb on the rocks. I think we tired him out! 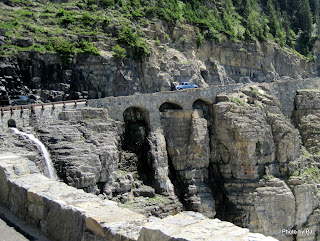 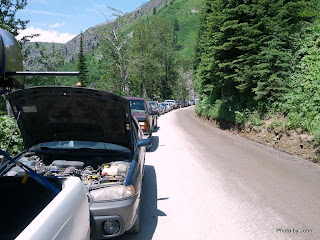 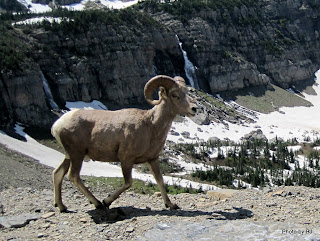 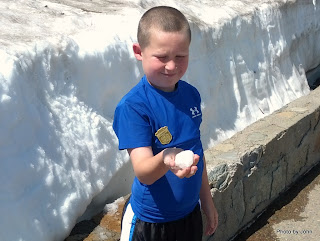 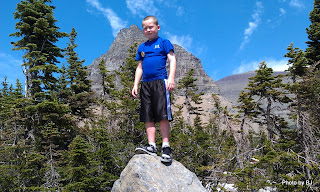 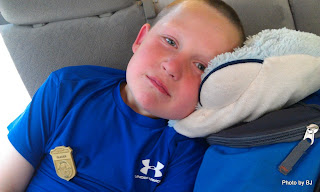