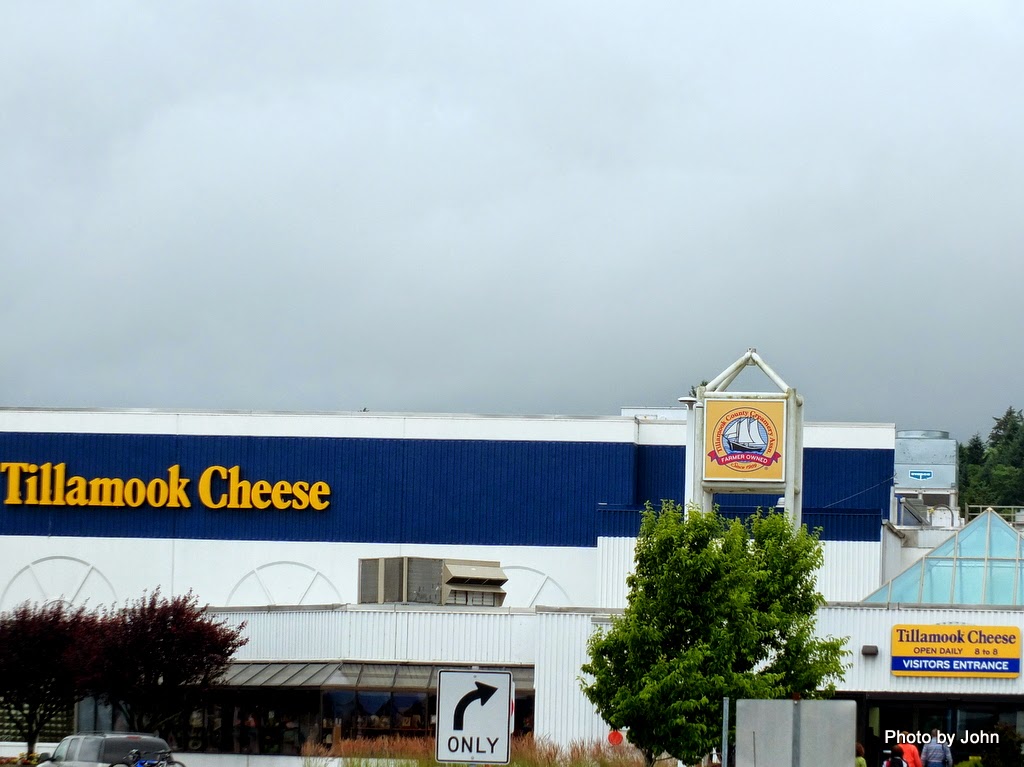 One of the first things you come to when approaching Tillamook from the north on Highway 101 is the Tillamook Cheese factory. Seemed like a great place to stop and have lunch. 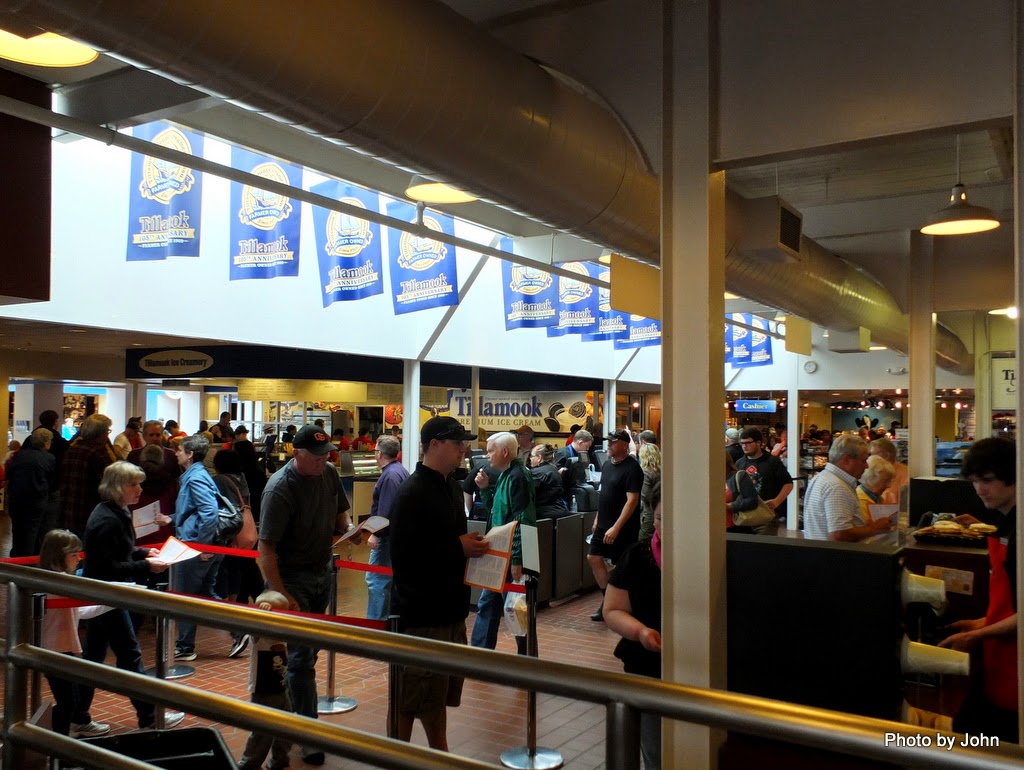 In spite of the parking lot being relatively full, I really wasn't ready for the crowds, especially around the ice cream counters. 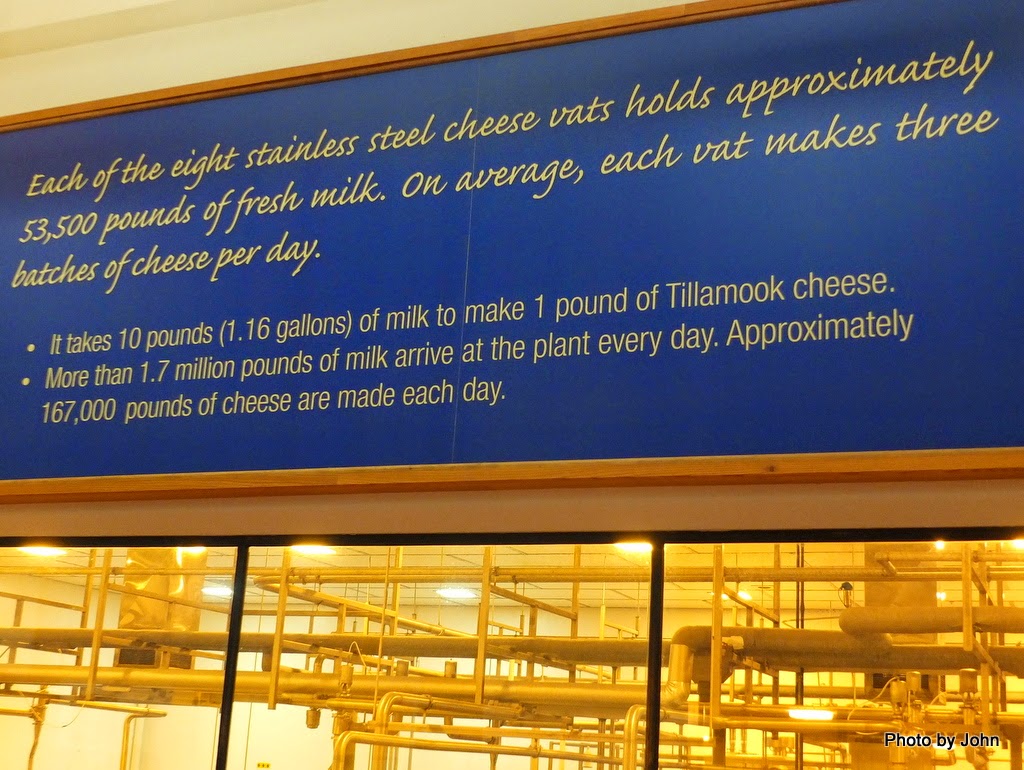 We went upstairs first for a few pictures of the self-guided tour. The numbers were a bit staggering. Eight cheese vats each hold over 53,000 pounds of milk. Ten pounds of milk makes a pound of cheese. They make over 165,000 pounds of cheese each day! 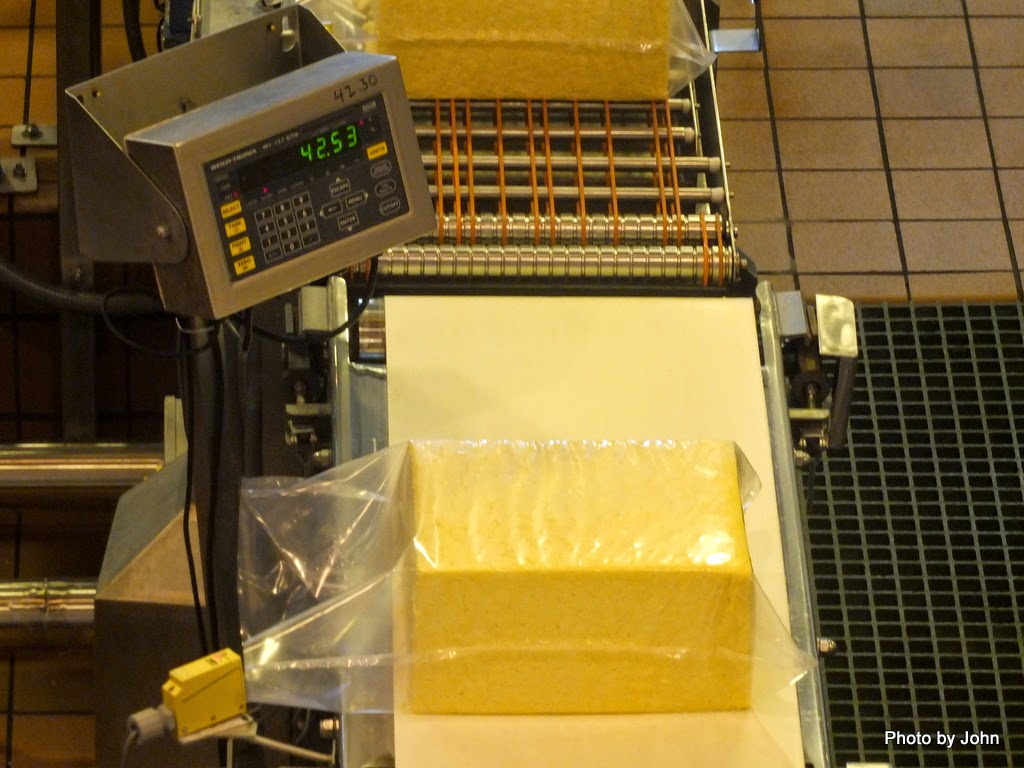 The blocks of cheese weigh approximately 42 pounds each. They're packaged and vacuum sealed and then sent off to the warehouse for aging. 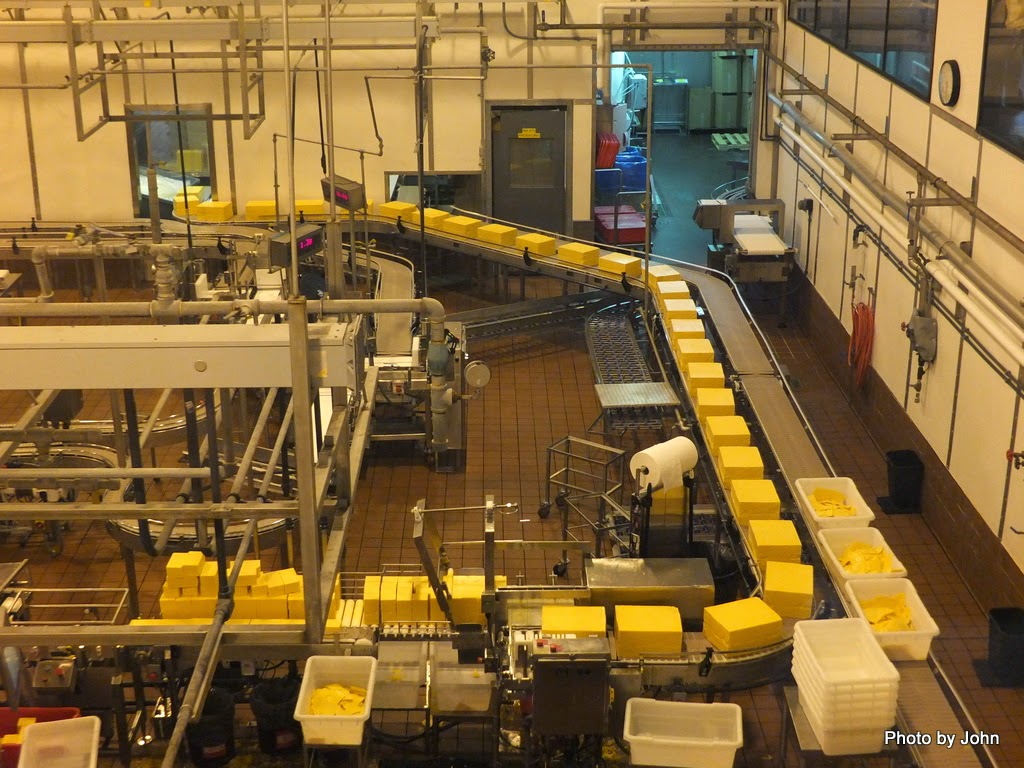 After aging, the blocks are removed from the package, sliced into appropriate sizes, and then repackaged for retail sale. 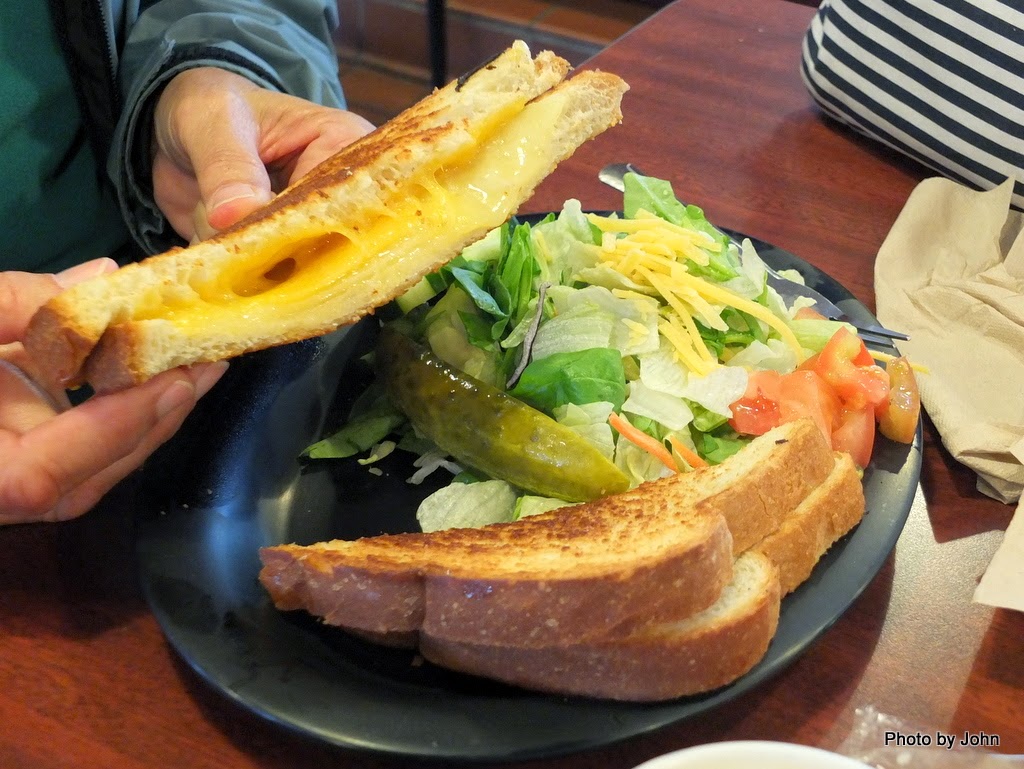 It was no small surprise that grilled cheese sandwiches had a starring role at the cafe. BJ went for the sandwich with two kinds of cheese while I went for a chef's salad which was large and very fresh. I was saving my carbs for the important stuff, but forgot to take a picture since a dish of ice cream and a spoon requires two hands. 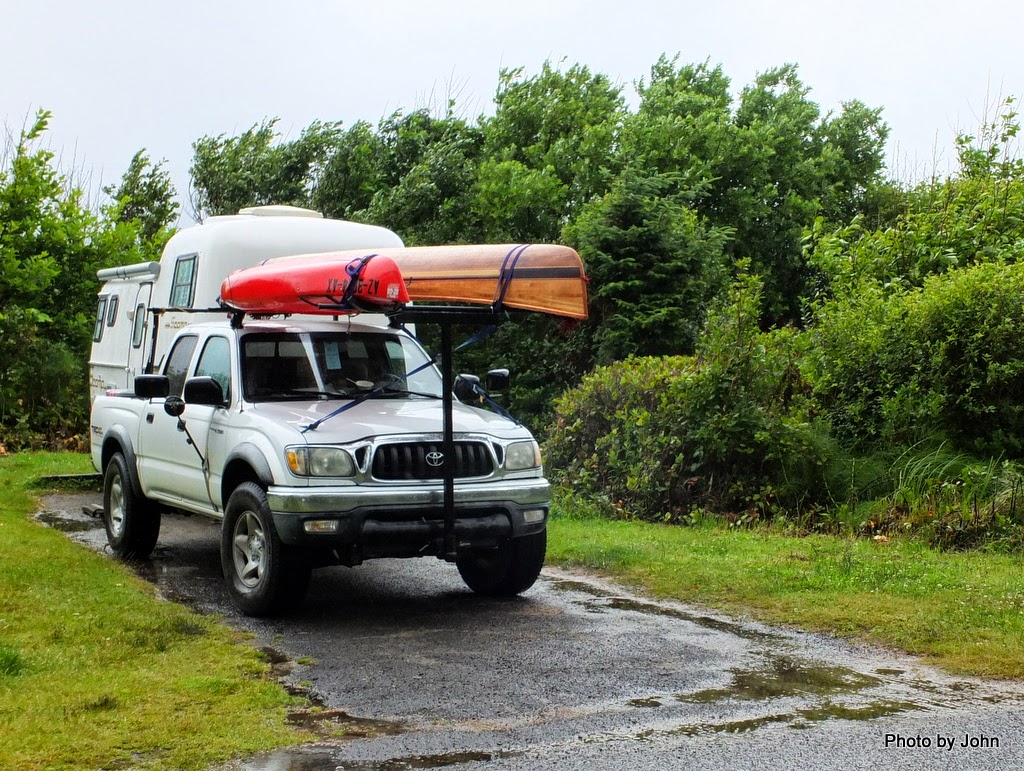 Home for a few days is Cape Lookout State Park, about 20 miles southwest of Tillamook. It's full for the weekend but we made the decision to come here about four days ago and we were able to get this spot for the whole time we'll be here. Narrow access road and 90 degree driveway, but hedge privacy from other sites and no overhead shade, just in case the sun comes out to warm things up.
Posted by Just Finding Our Way at 1:30 PM