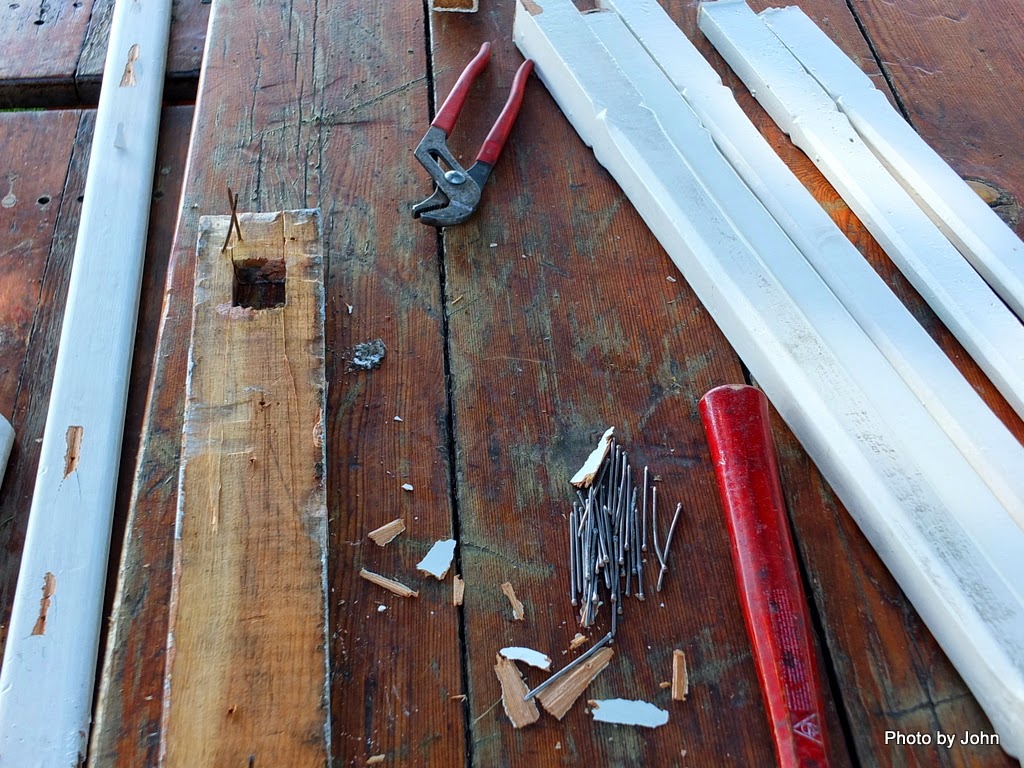 Actually, it started out as project #1 but took longer so it ended up being project #2. Over Easter weekend, the Glory Farm muscle moved a cast iron bathtub up the stairs, around the corner, and into the room that is in the process of becoming the upstairs bathroom. In doing so, they dismantled the balustrade. Reconstruction became my project. 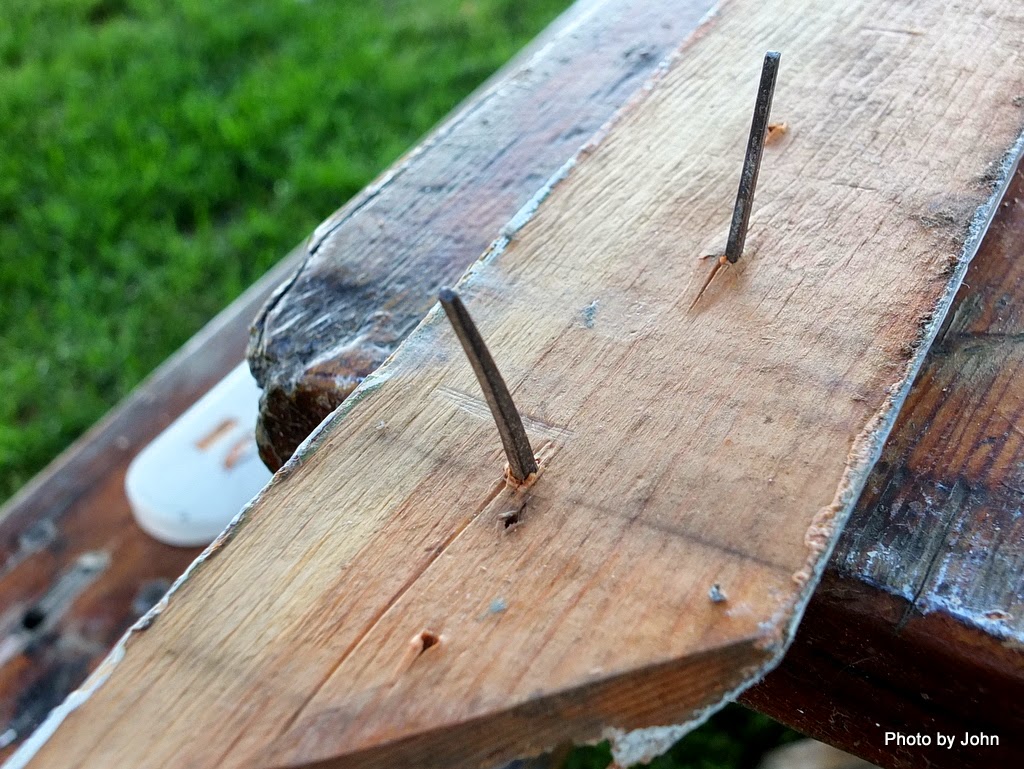 The dismantled pieces and parts had lots of 2 1/2" finishing nails and three cut nails sticking out, so nail removal became the first step. Of course, that resulting in large chips of five layers of paint being dislodged by each departing nail. 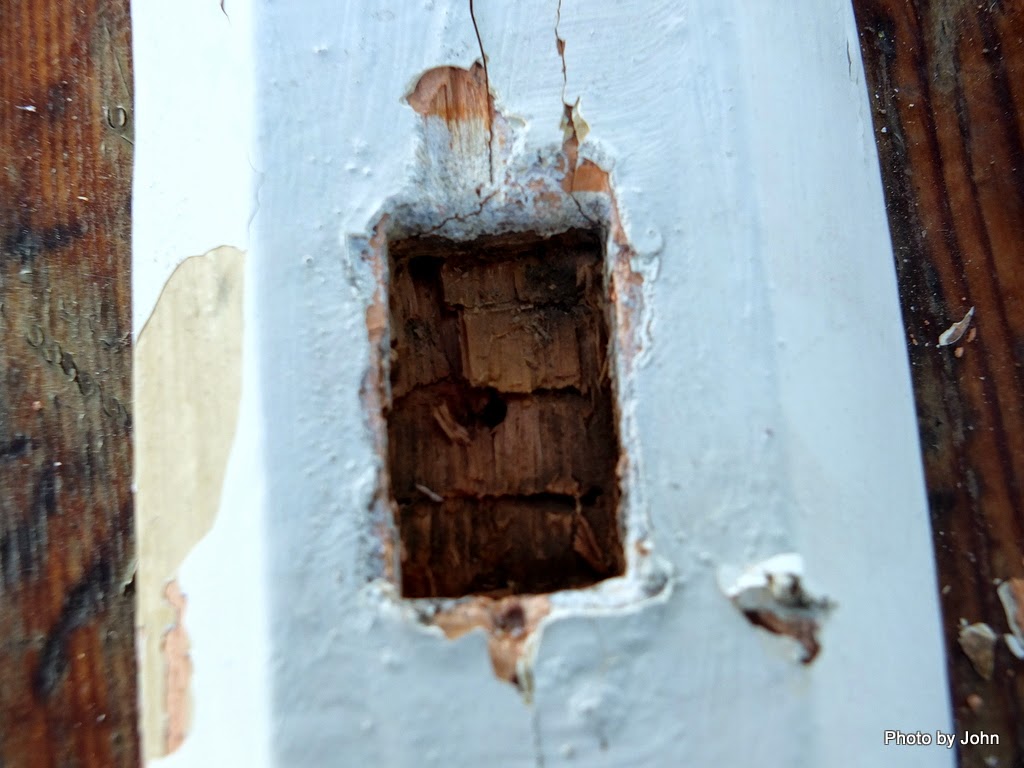 The bottom rail featured mortises that were hand cut, and not completely uniform. At first glance, the individual balusters were uniform but closer inspection revealed slight differences in length, tendon size, and bevel features which indicated the components were all hand made. 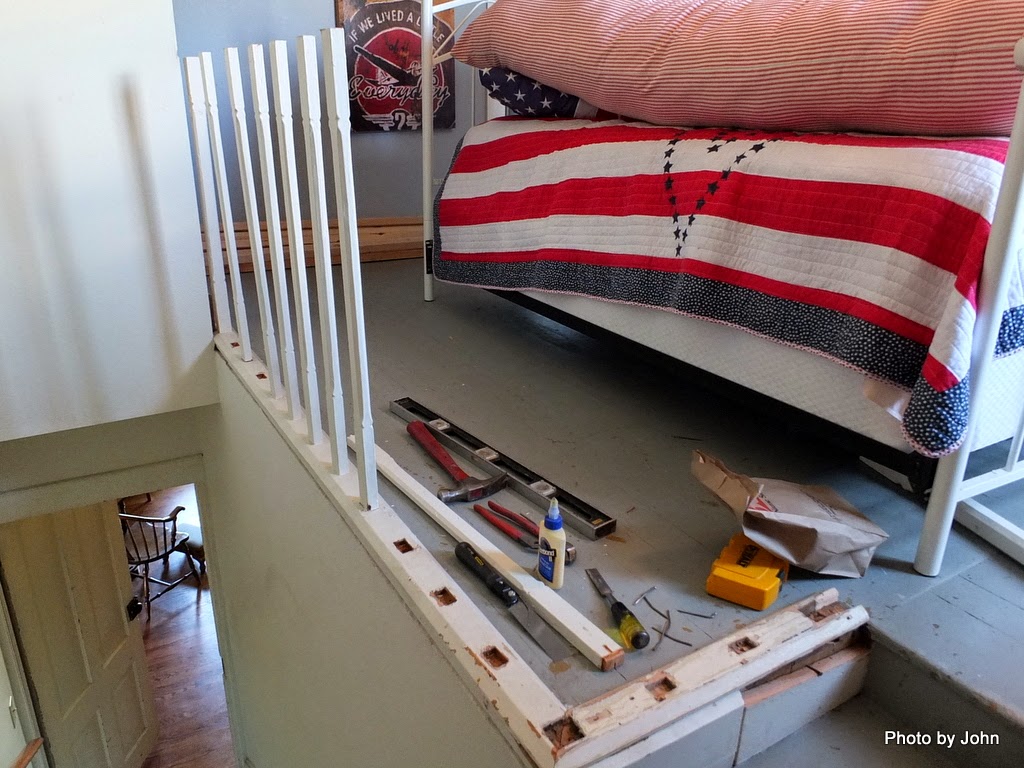 Some of the pieces remained in place when the balustrade was disassembled. The top rail didn't have mortises - the balusters were retained by finishing nails through the top rail. It made it easier trying to guess which baluster went where when I only needed to match the mortise size and baluster length. 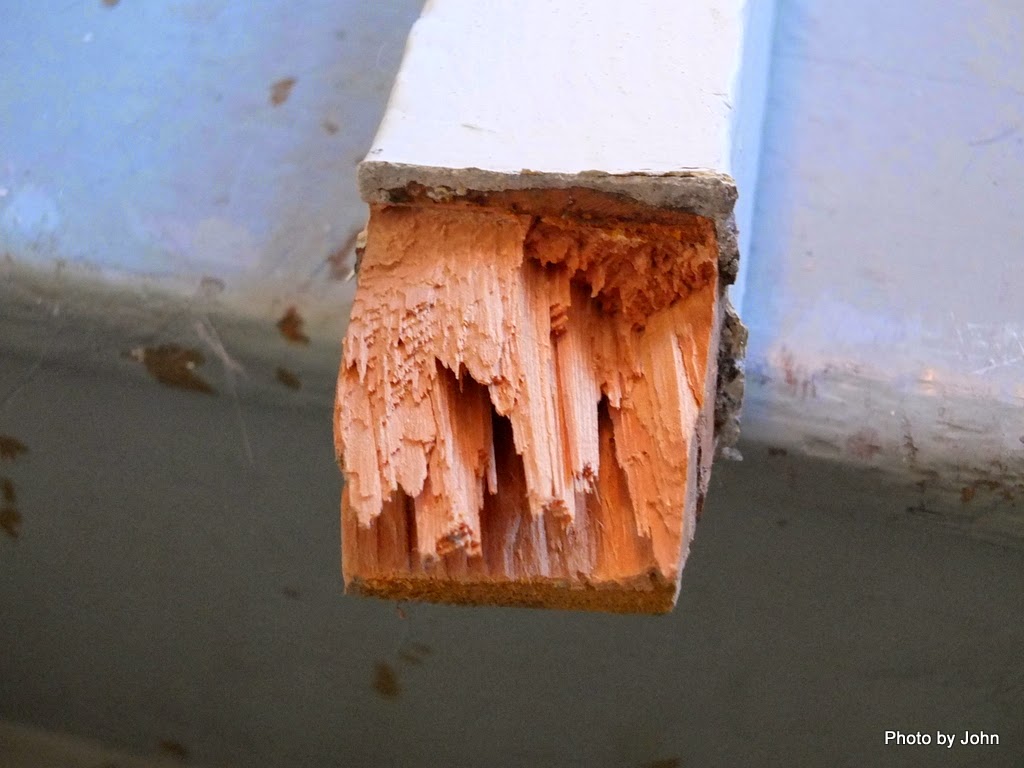 The end baluster was broken off on the bottom, but was able to match up with the mating pieces with some glue and 20 ounces of encouragement. 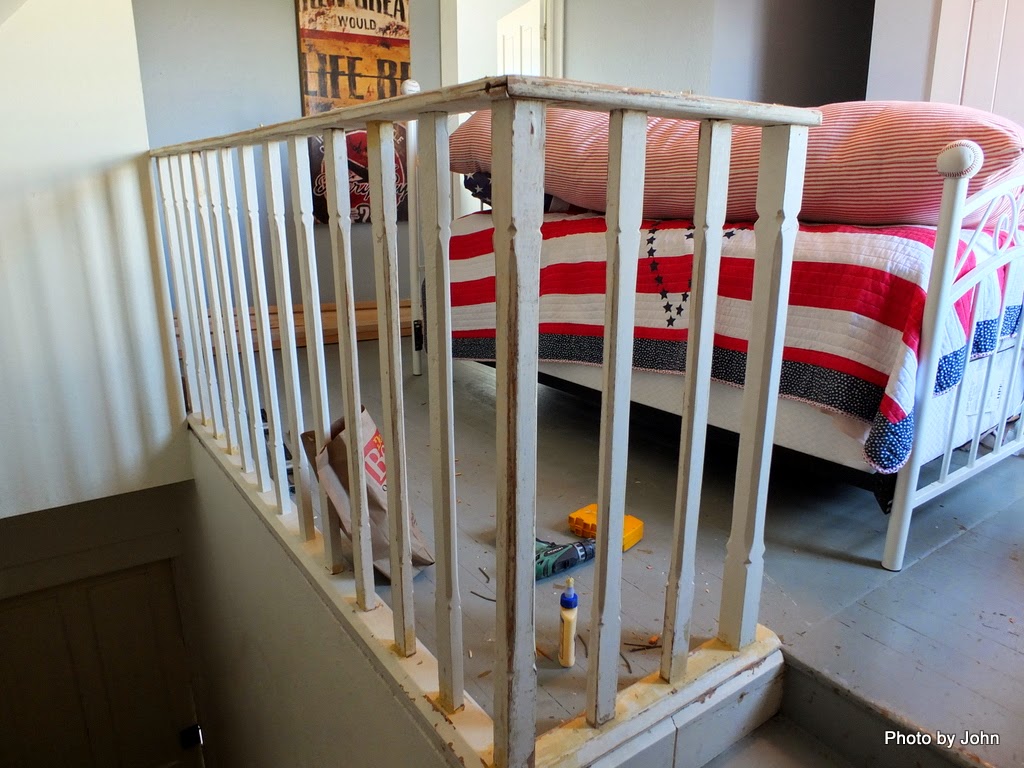 I reassembled the top rail to the balusters with screws rather than finish nails, 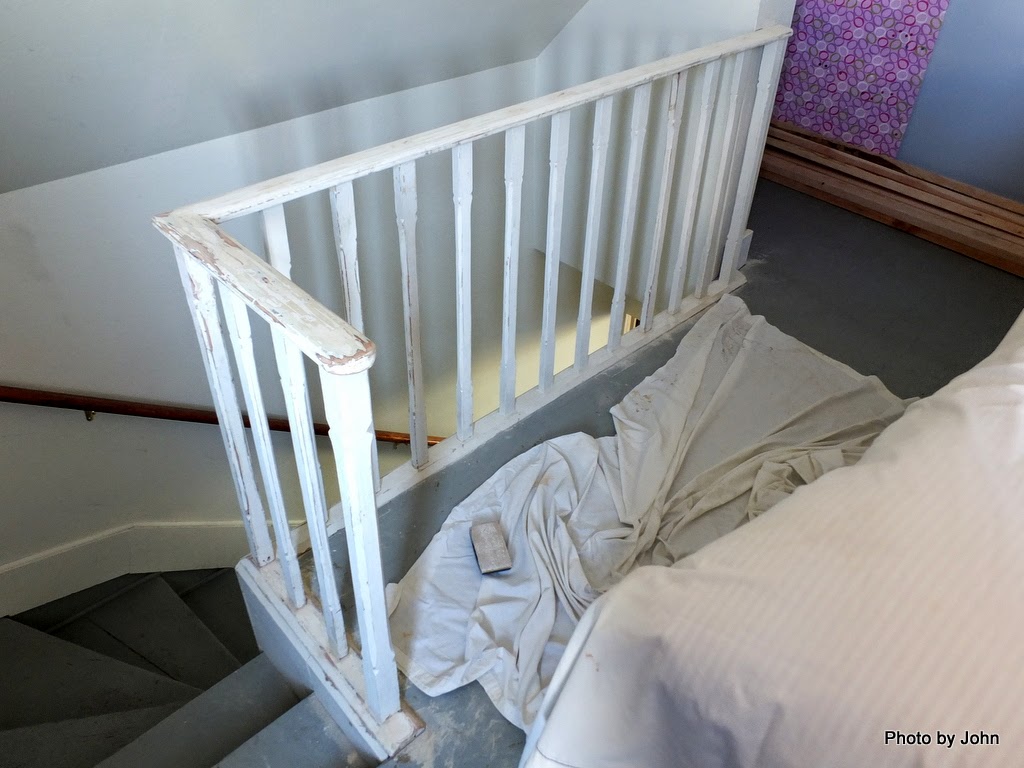 and then filled all the chips and and screw heads to get a smooth rail. 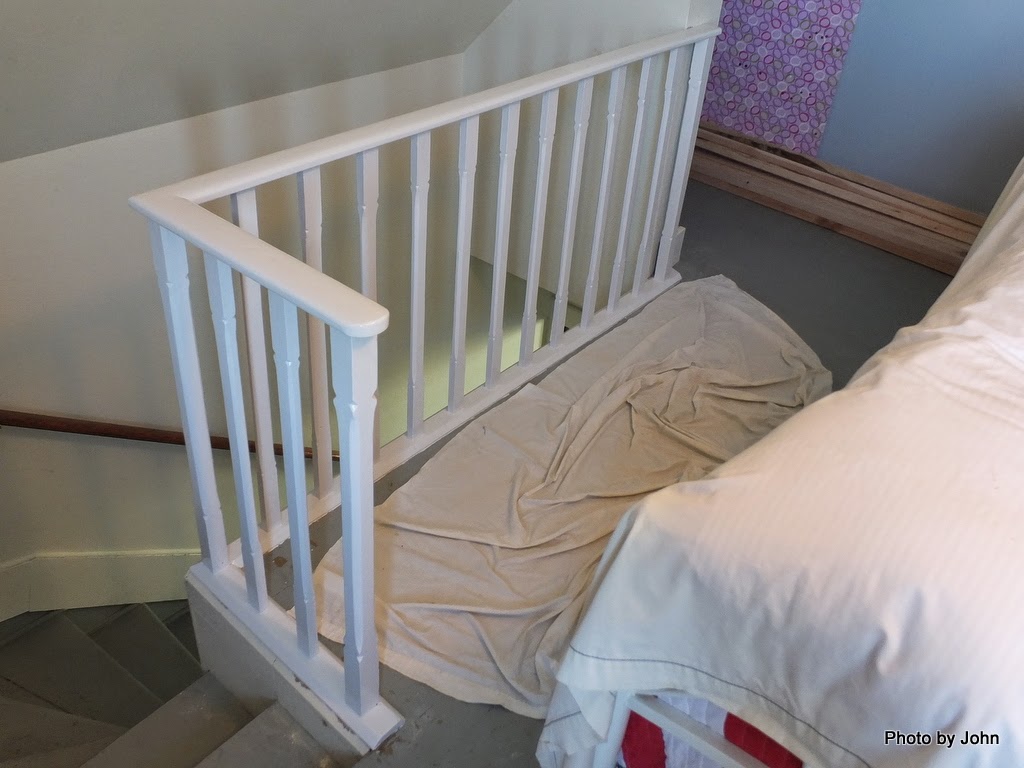 A coat of primer and two coats of oil based enamel later, the balustrade is steady and good for another 50 years of service. Here's hoping they don't ever replace the bathtub!

I learned lingo on this project. I would have called it a stair rail and called the vertical pieces spindles, but apparently balustrade (the complete assembly) and baluster (the vertical pieces) is most correct.
Posted by Just Finding Our Way at 1:30 PM