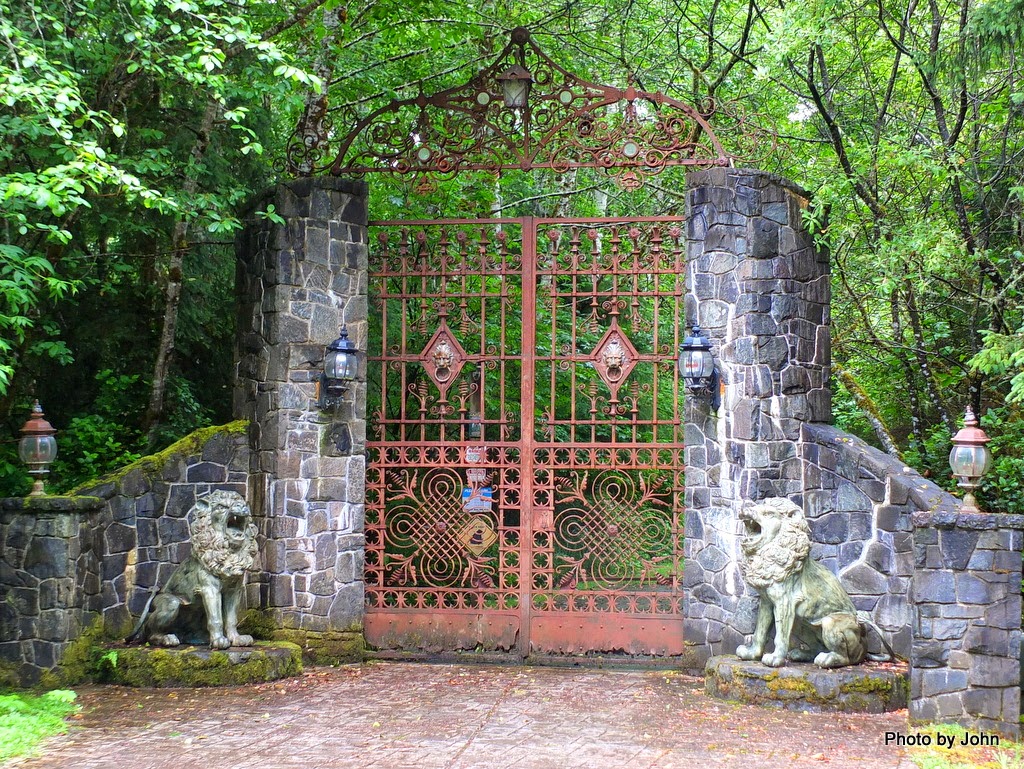 We headed to the far north end of the Long Beach Peninsula, in search of whatever we might find. Leadbetter State Park is located adjacent to a federal wildlife preserve but both are known for birding  and are day use only. This gate was located just before reaching the State Park boundary. No name or anything but it turns out it is the gate to Leadbetter Farms, apparently a relatively new and lavish estate. I still don't know who or what Leadbetter was. 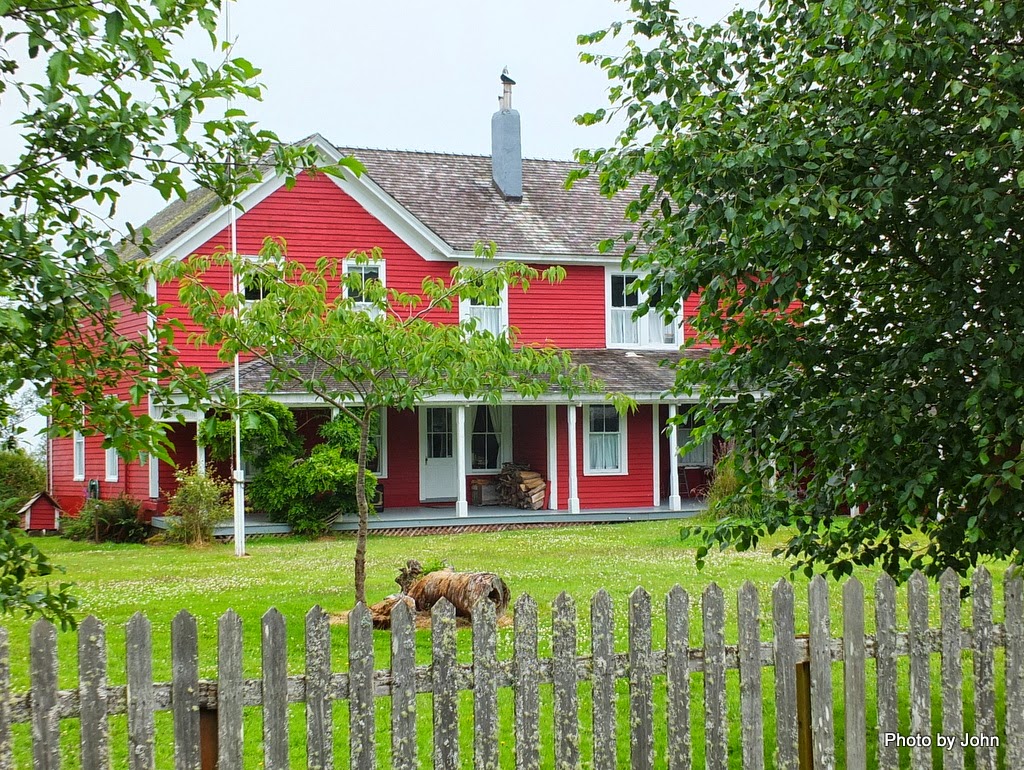 For me, the big find was the village of Oysterville. Settled in the 1850s, there are still a number of homes built by the original settlers who were introduced to oysters by the local Indians. The community has been involved in the oyster business ever since. This house was built by one of the town founders in 1871. 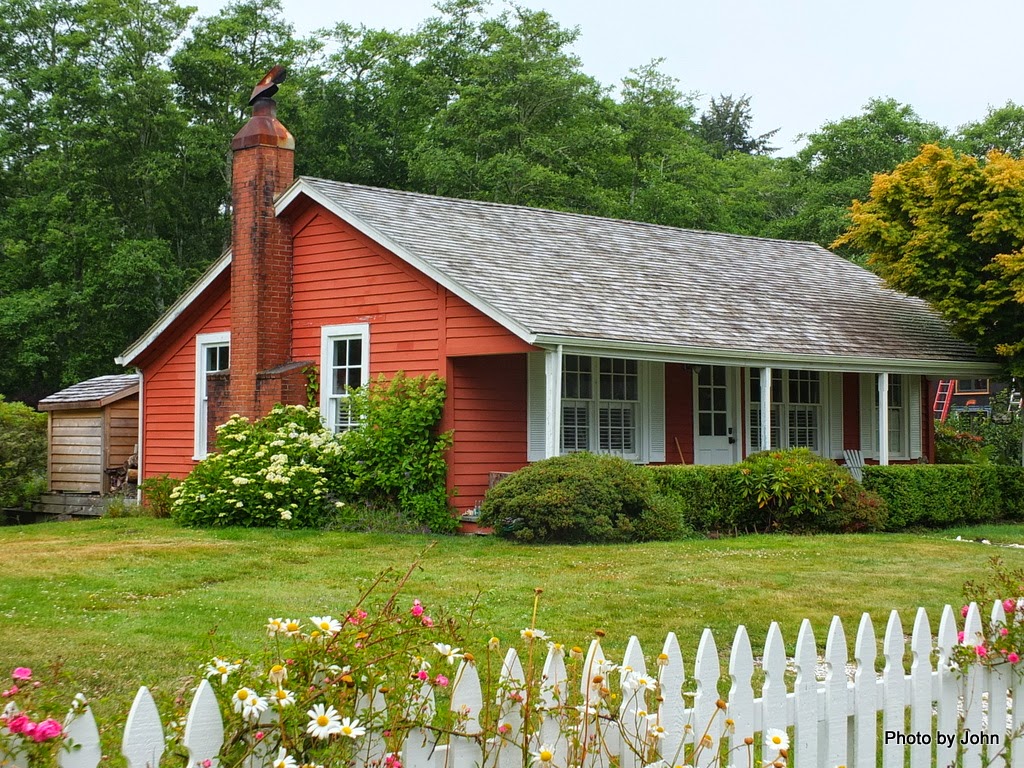 This house originally served as the County Court House until the records were hauled off by the community of South Bend, thereby becoming the new county seat. 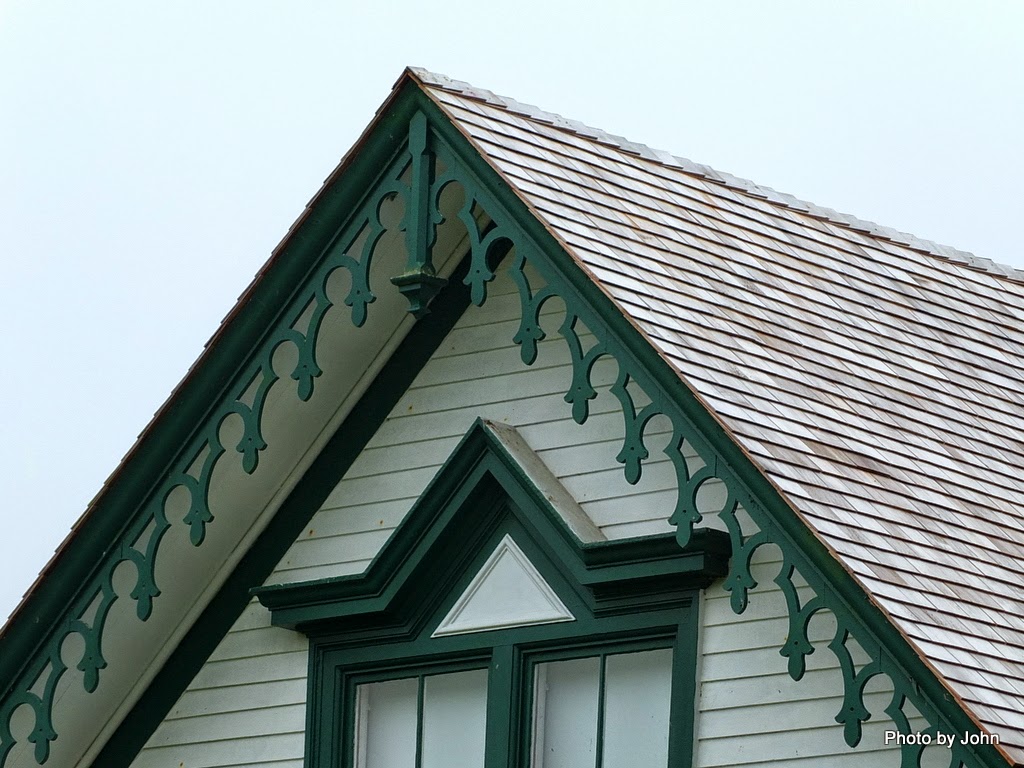 I really liked the gingerbread on this house. Turns out this house was later owned by the guy that built the red one, and his descendant lives in the house today. She is an author and has an active blog about living in Oysterville. 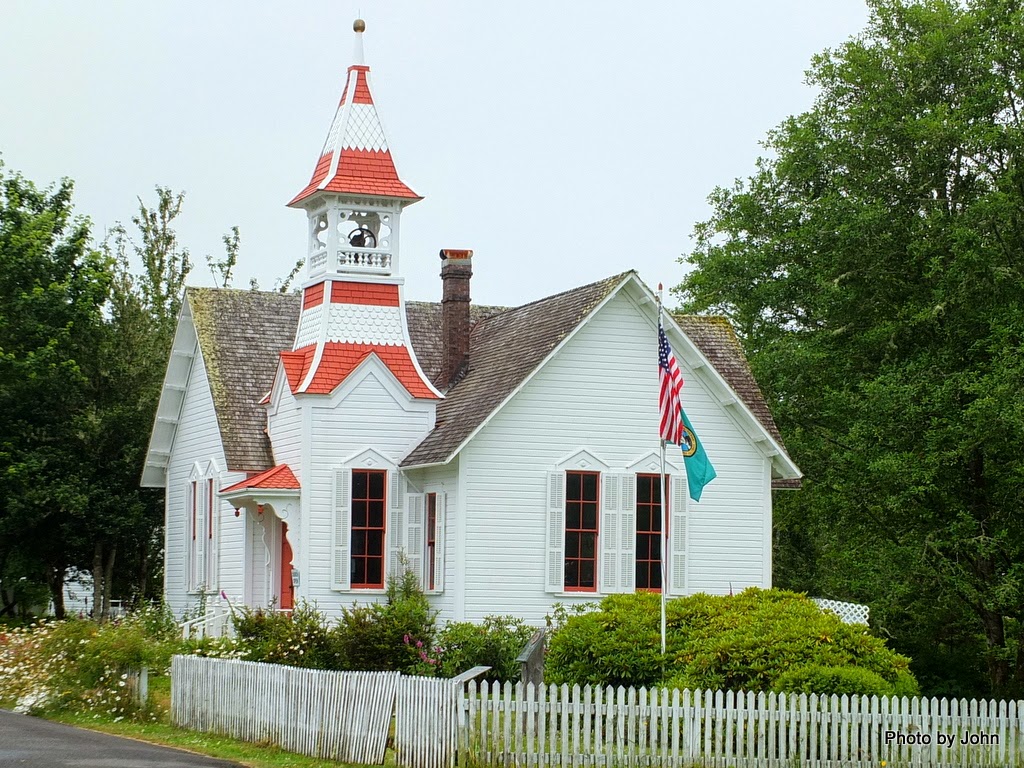 The community’s church appears to be in good repair and had a sign out front about Vespers Sunday evening. It appears that the whole town is listed as an historic place. 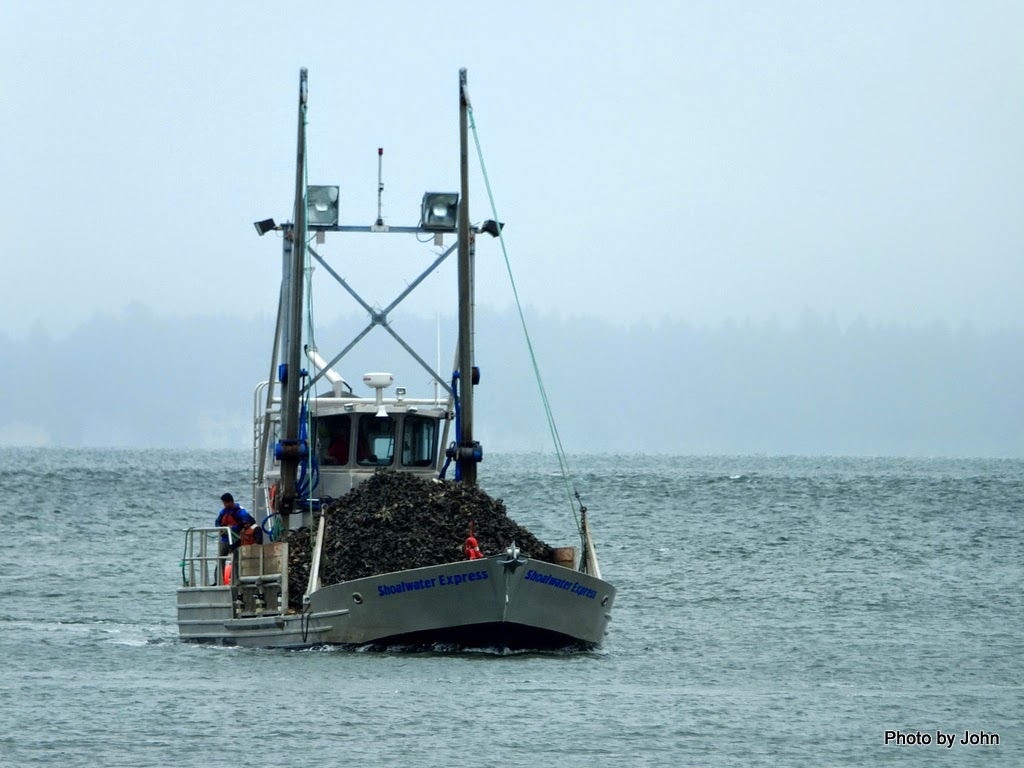 Just a bit south of Oysterville, the marina at Nahcotta was home port to a number of oyster boats and host to oyster processing plants. Looks like this is a place to come for fresh Willapa Bay oysters. 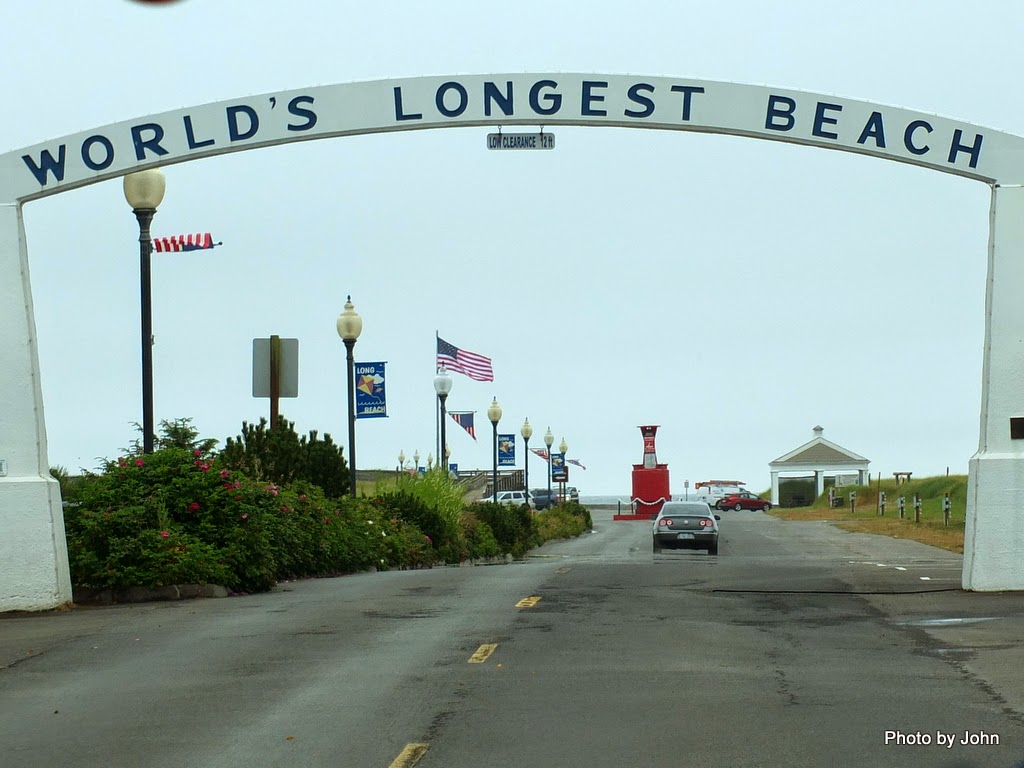 We stopped in Long Beach to check out the beach. Not many people were driving on it today and we passed on the opportunity as well, deciding to find some seafood for lunch instead. 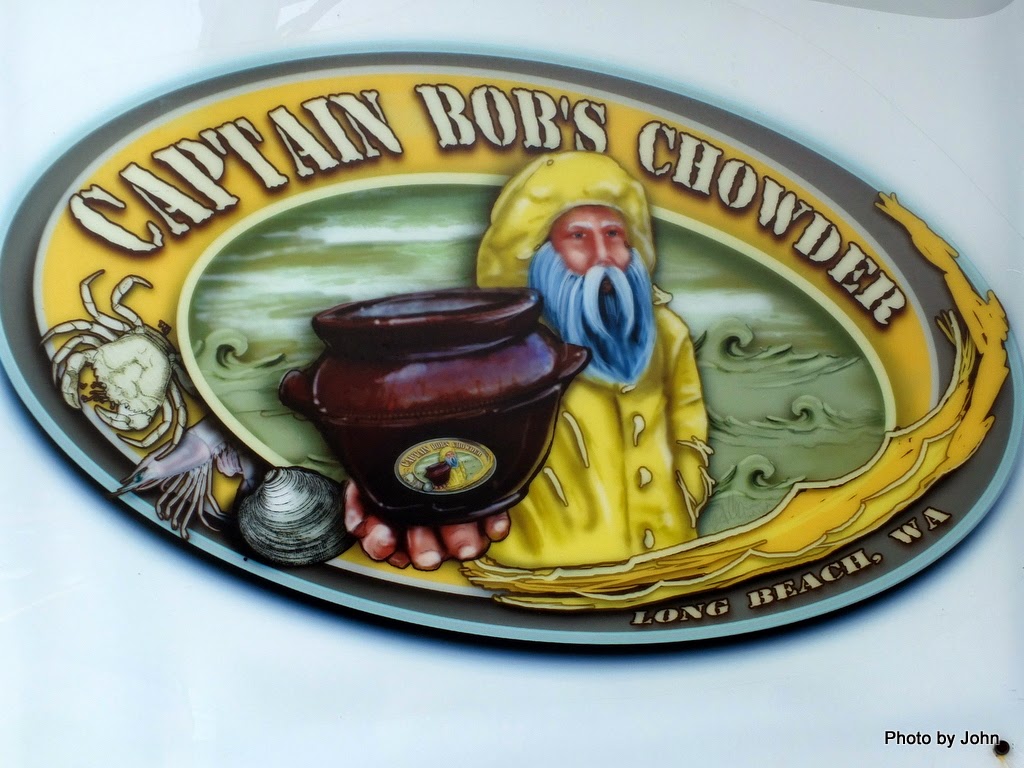 Thanks to Yelp, we ended up at Captain Bob’s Chowder 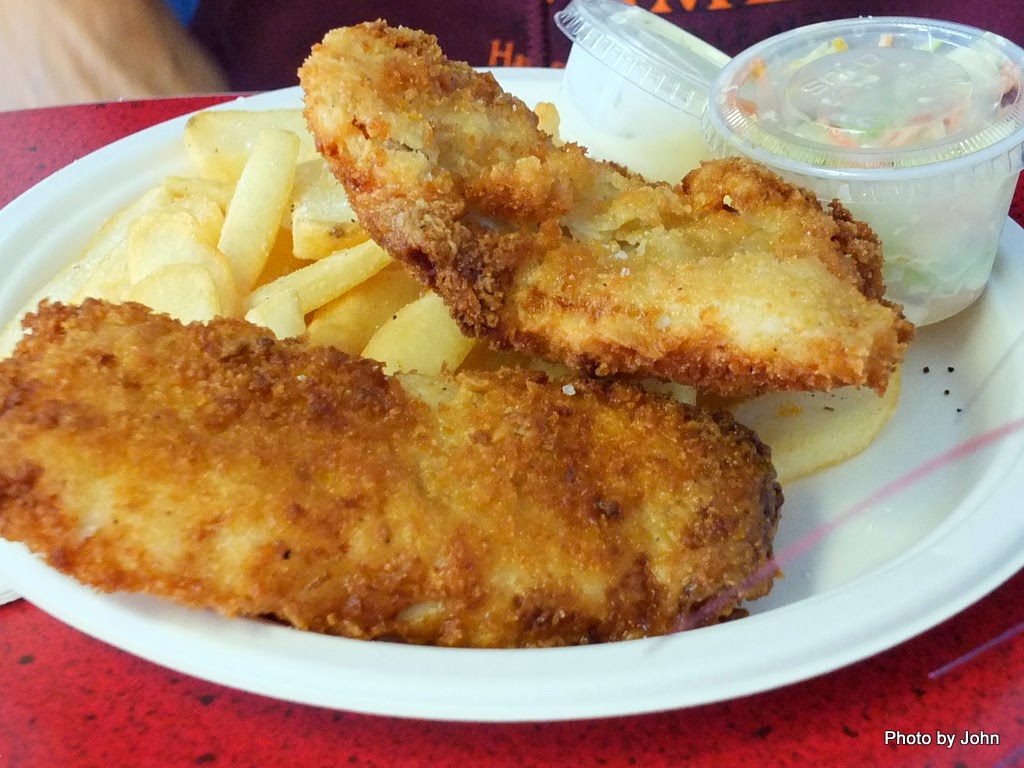 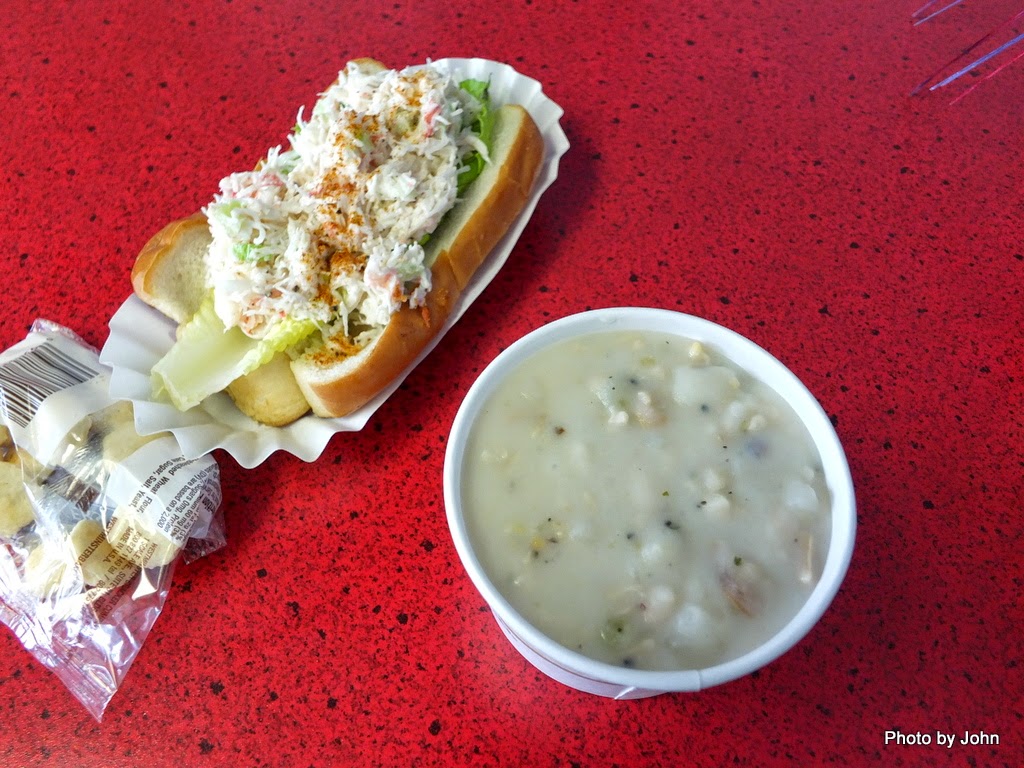 while I had a crab roll and a cup of clam chowder. I was willing to share, but I knew in advance that BJ doesn’t like crab or clams. Sounds like good planning on my part… 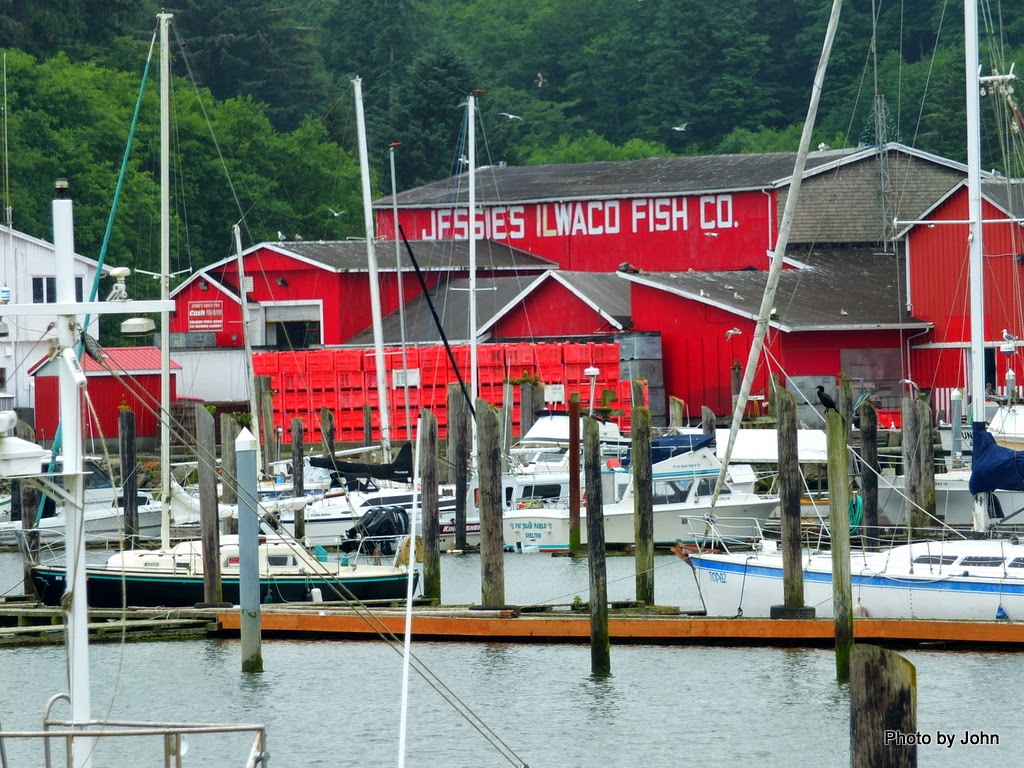 On the way back to the trailer, we stopped at Jessie’s Ilwaco Seafood 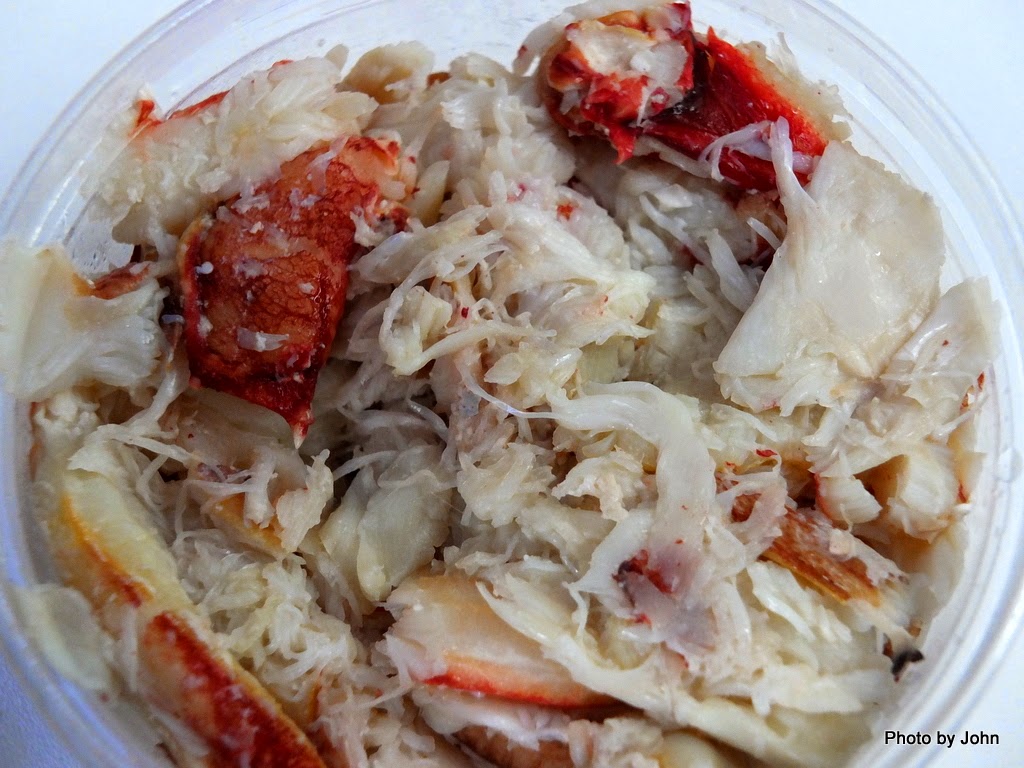 for a container for fresh shelled Dungeness crab. I figured there was no reason to shell it when I could get it already done for me. Looks to me like there are two servings of crab in the container, sort of like there are only four servings of ice cream in a half gallon container.

It was a really good seafood day!
Posted by Just Finding Our Way at 1:30 PM