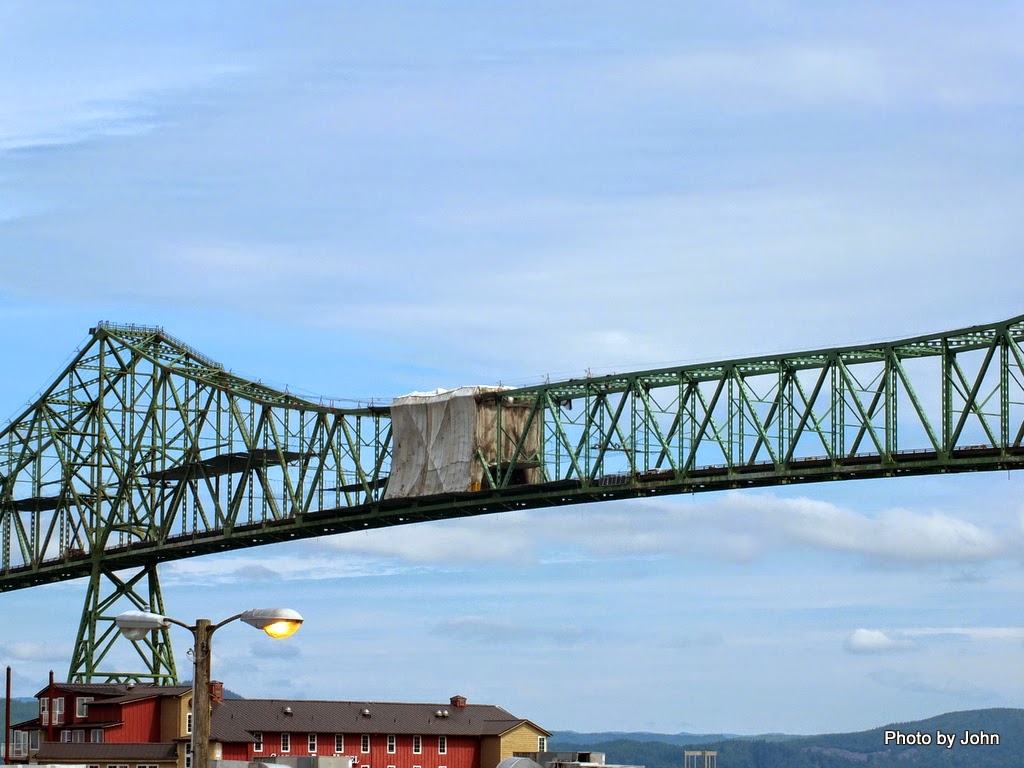 It looks to me like we may have made a mistake. If I were to do it over, I think I would stay at Oregon’s Fort Stevens State Park on the south side of the Columbia instead of Cape Disappointment on the North. Oregon parks are just as nice or nicer, and their fees are about $10 less per night. The Astoria bridge was being painted so there was a flagman and one way traffic for a portion of the bridge. 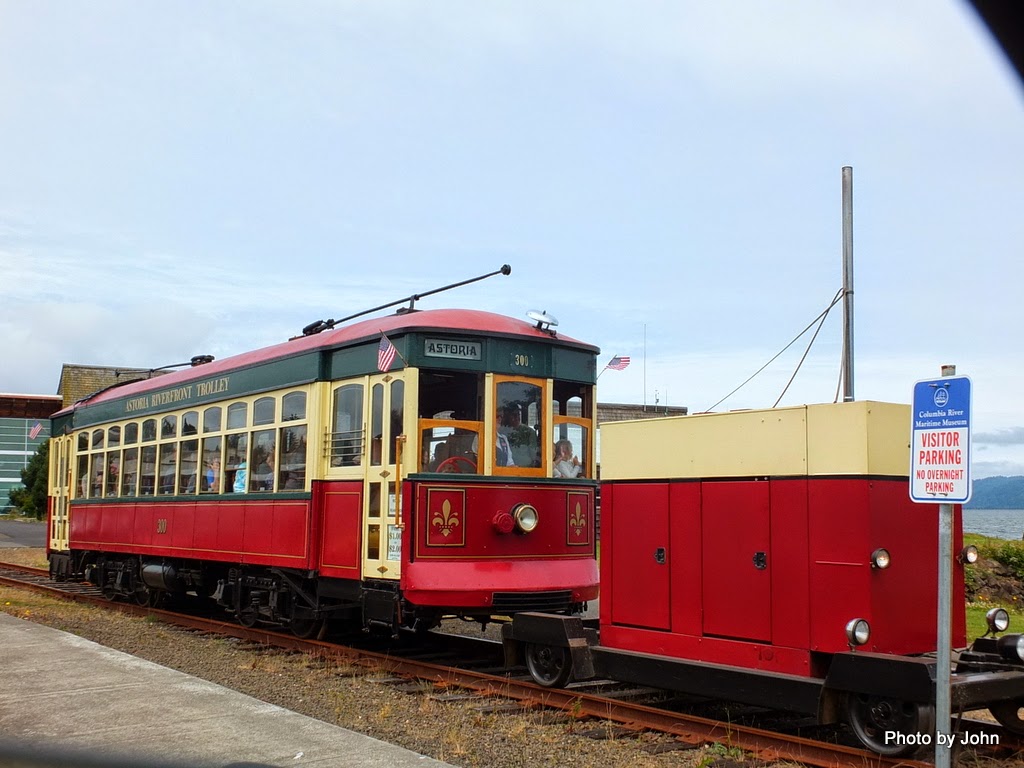 Astoria needs more time than we gave it on this visit. The trolley is $1 per ride or $2 all day but we didn’t use it. 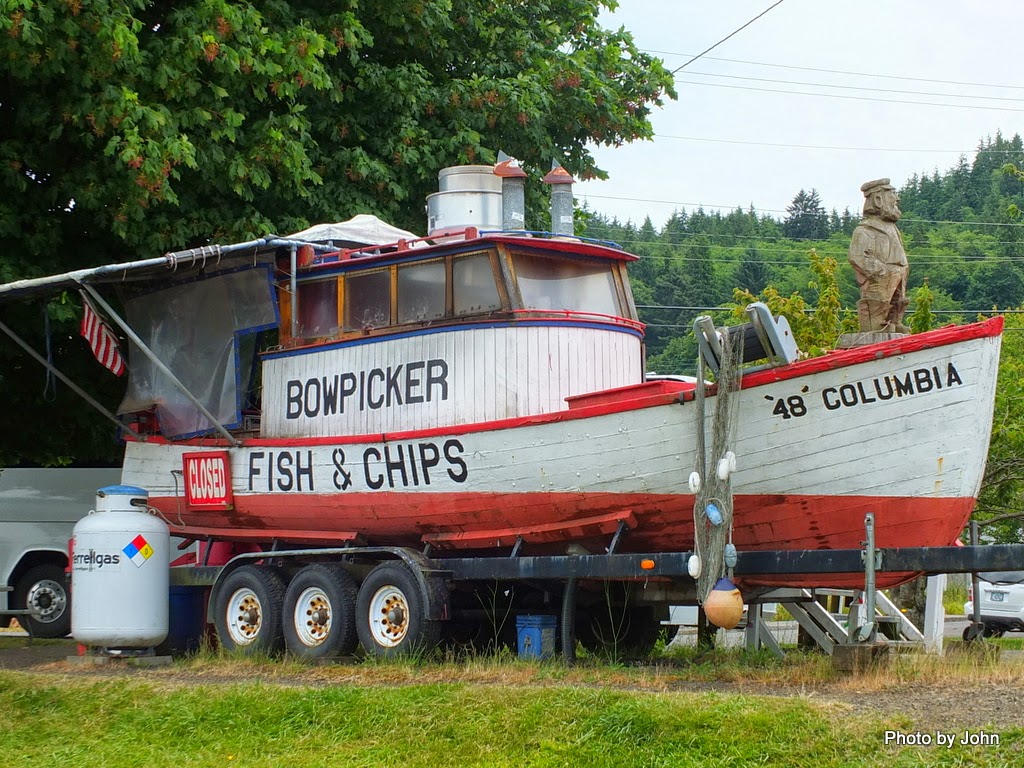 We heard about Bowpicker Fish & Chips from WheelingIt. It was a Monday the first time we were here and it didn’t look like much but there were lots of rave reviews, so I kept it in mind. 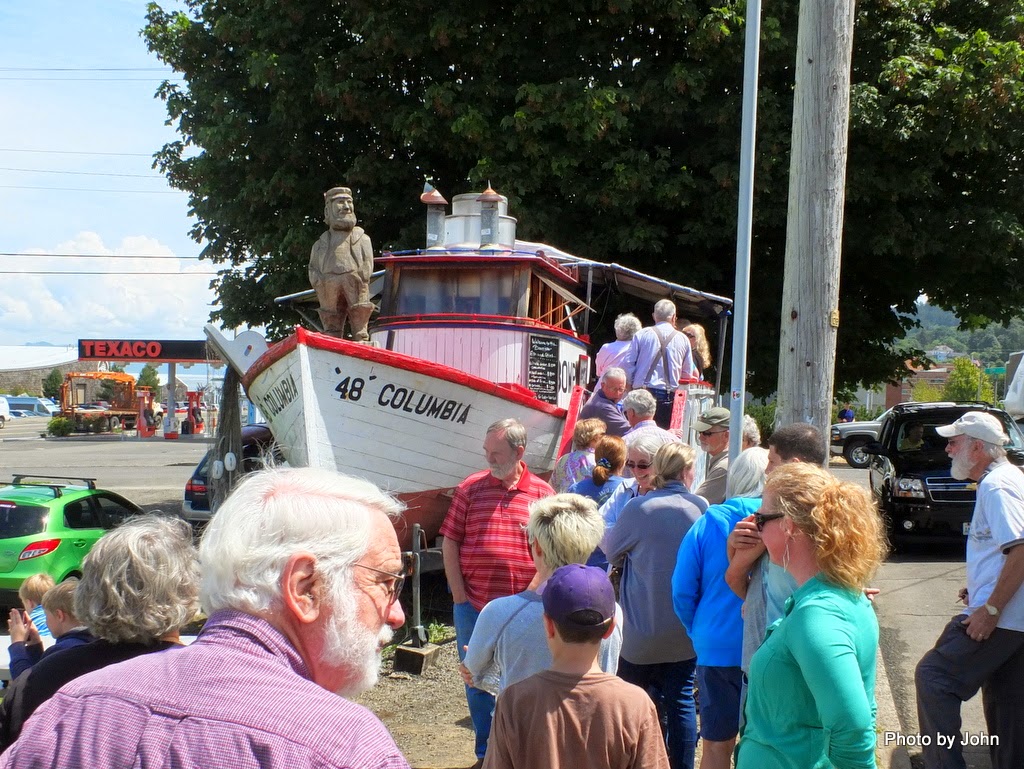 We went back to Astoria on Wednesday so that we could get some essential supplies from the Costco in Warrenton. BJ reminded me that the Bowpicker would be open so we had to check it out. The line took 50 minutes but it was worth it. 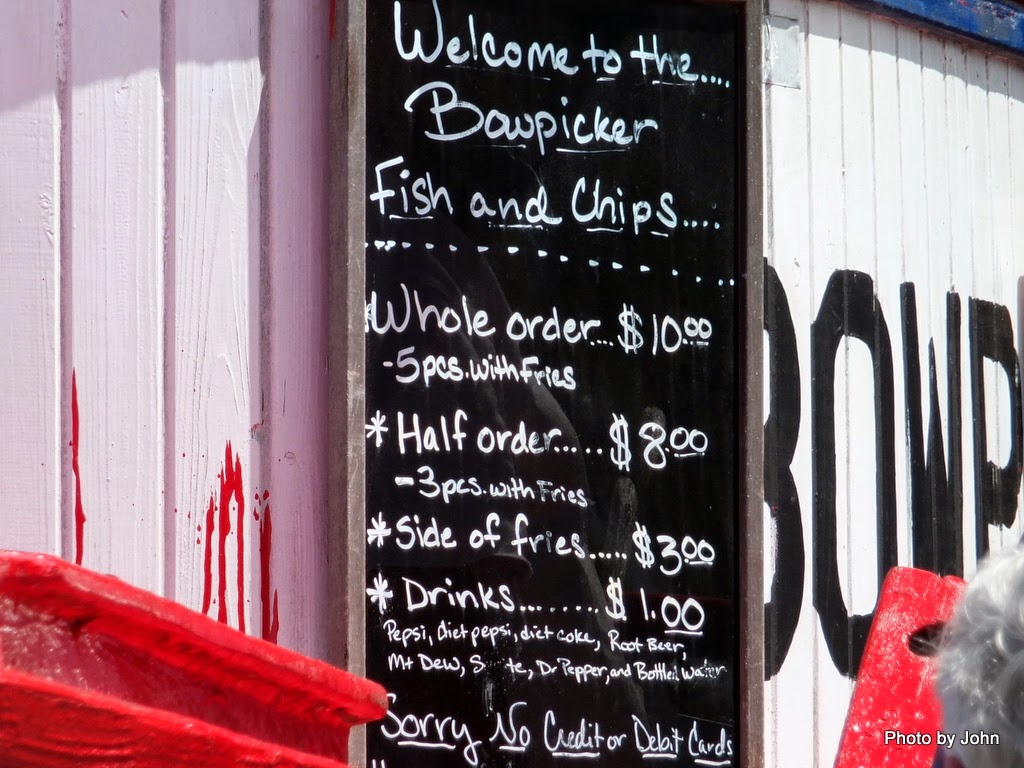 You’re out of luck if you wanted anything other than fish & chips. 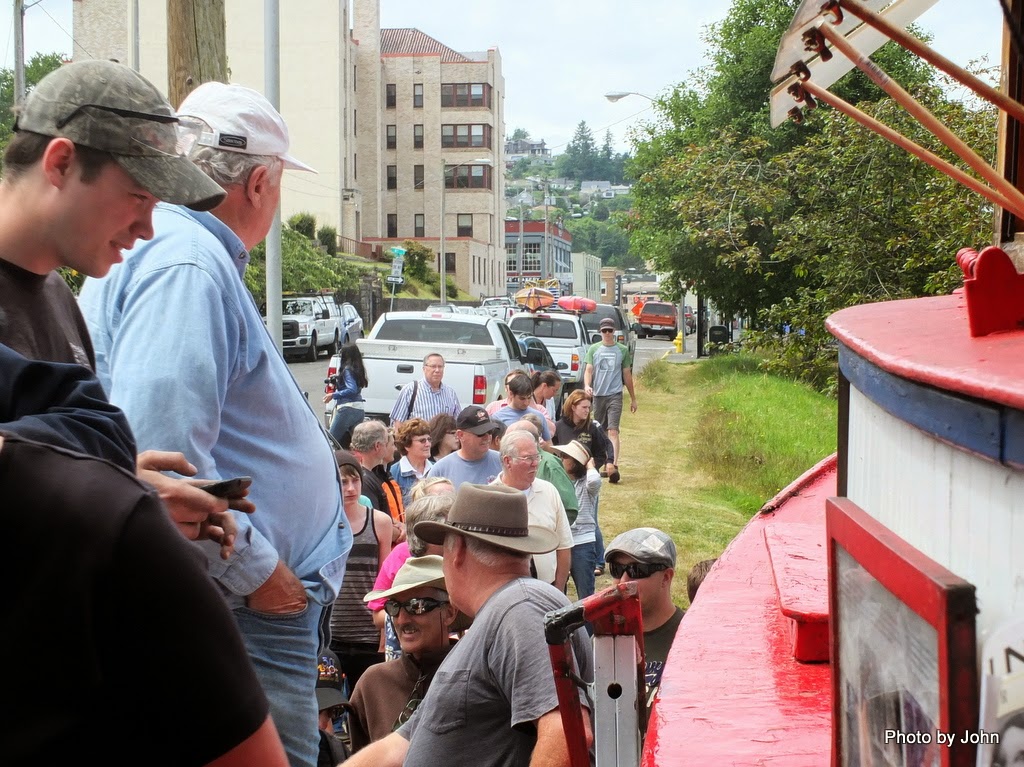 They use tuna and it was very good! It looks like the line was even longer when I got my order than when I started standing in line. It was so good that I failed to take a picture of it. The fish is cut much smaller than Captain Bob’s was yesterday but a full order left a bit uneaten. 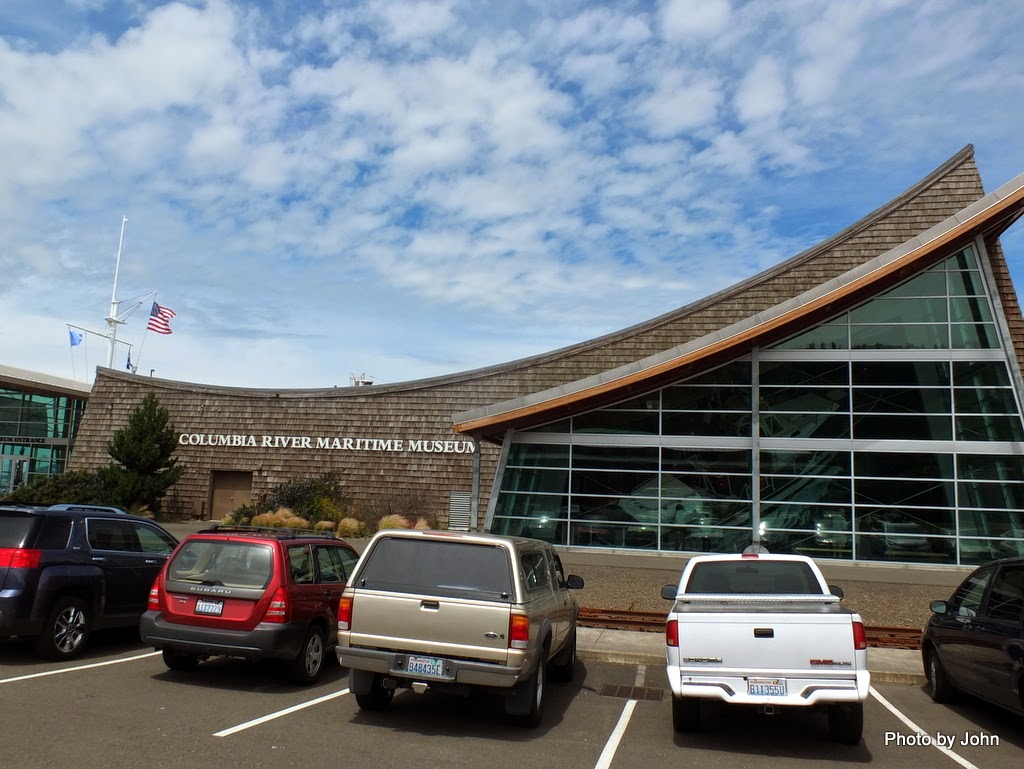 Across the street was the Columbia River Maritime Museum. 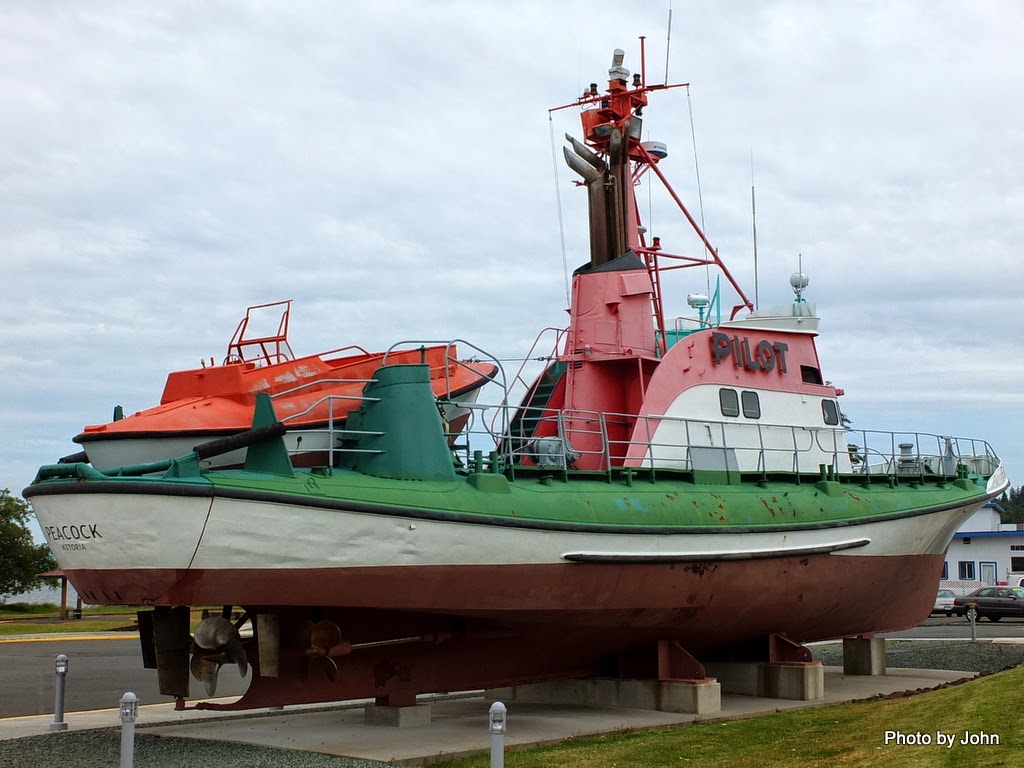 It’s hard to miss with the Peacock sitting on a street corner out front. Entrance fee was $12 for adults but the displays were very well done. Entrance fee included access to the Columbia lightship moored alongside. 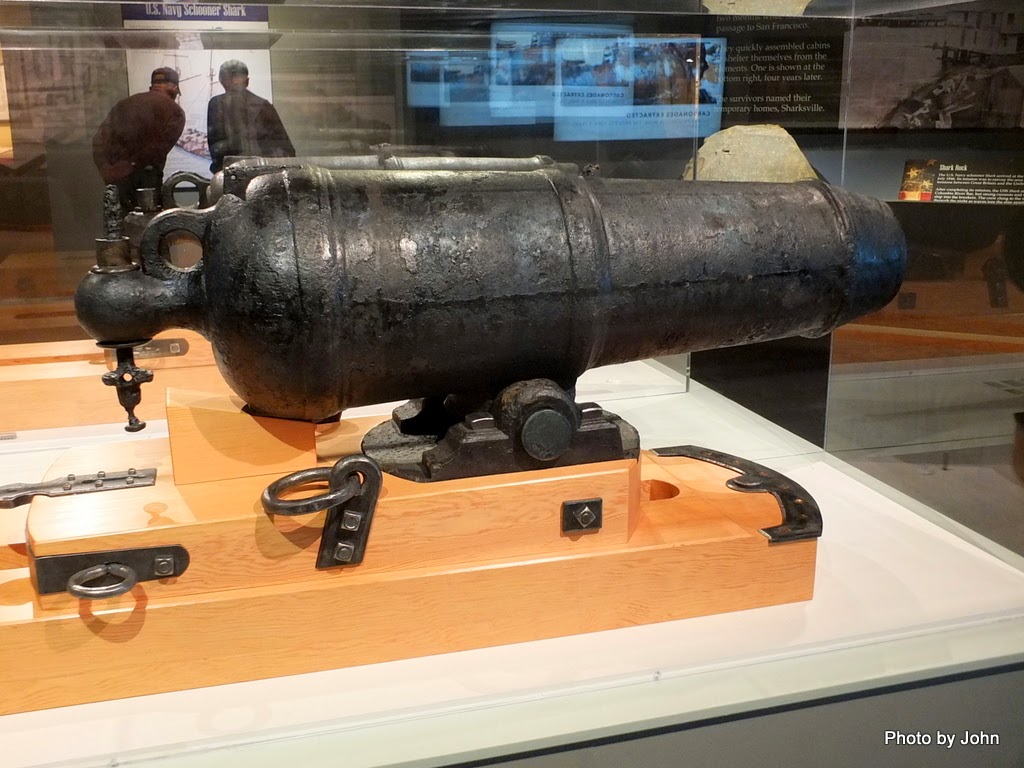 They have displays on early wrecks including recently recovered and restored carronade from the USS Shark which sank in 1846. A tour of the museum added a different perspective to the history of Astoria’s founding that I’d just read about in Peter Stark’s Astoria.


There’s so much more to Astoria – looks like you could spend a summer exploring just one town.