In Search of Sunshine

We've been in Newhalem for a couple days at a North Cascades National Park campground. It rained all night, so today we went out looking for sunshine. When it's wet on the west side, it is often dry on the east side of the Cascades, so we headed east on Highway 20. 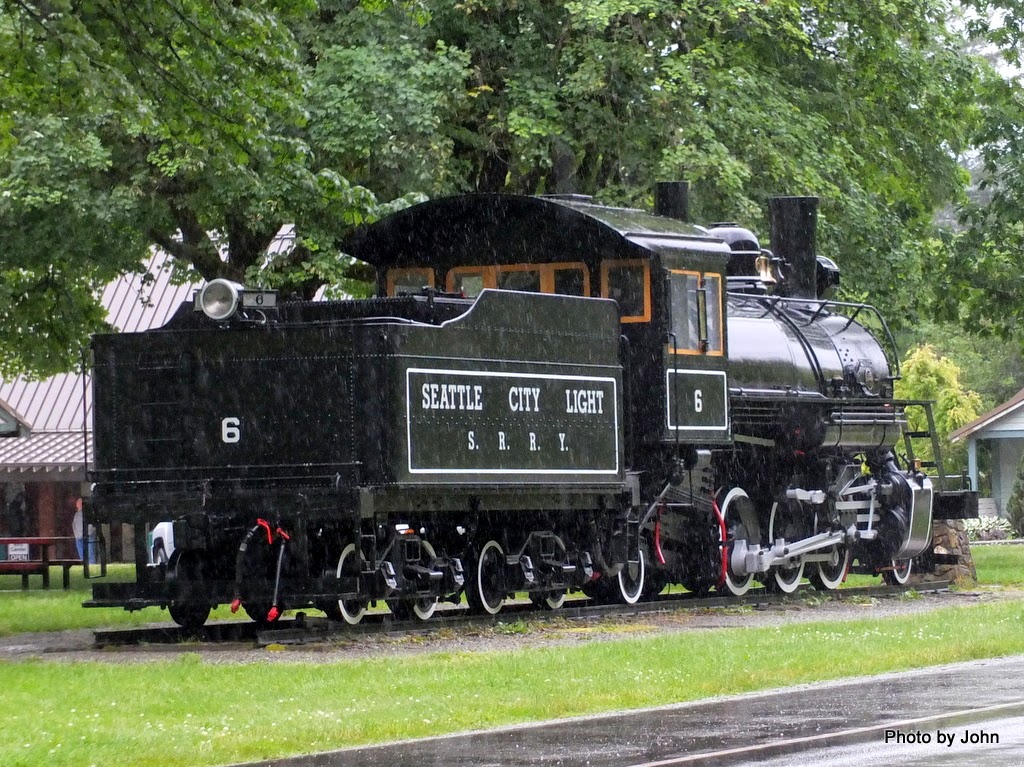 Newhalem is a company town, built and owned by Seattle City Light for the employees who operate and maintain their series of three dams on the Skagit River. They used to run their own trains from Seattle with supplies for the dam but that hasn't happened for years. (Pictures were difficult with the rain!) 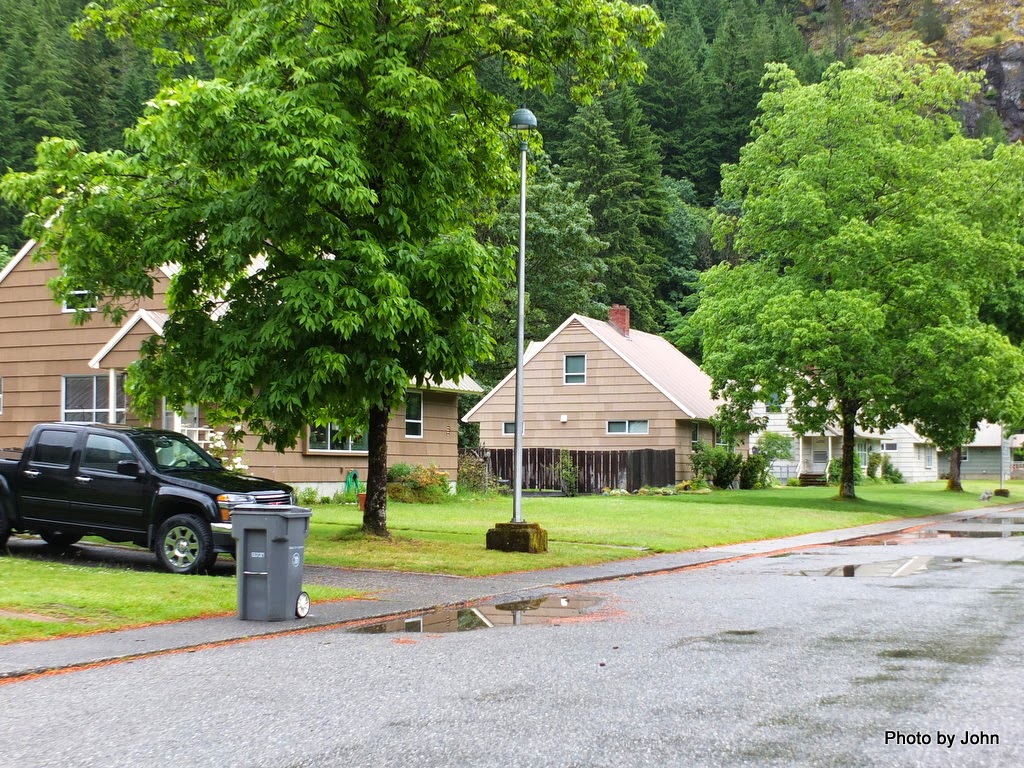 They actually have two company towns - Newhalem is the larger, and Diablo is smaller and a bit newer. It looked like a number of the houses in Diablo weren't been used currently.

There are powerplant tours, Diablo Lake boat tours, and Newhalem walking tours (it used to be one big tour including Ross Dam powerhouse) but they don't start until July 3rd this year. 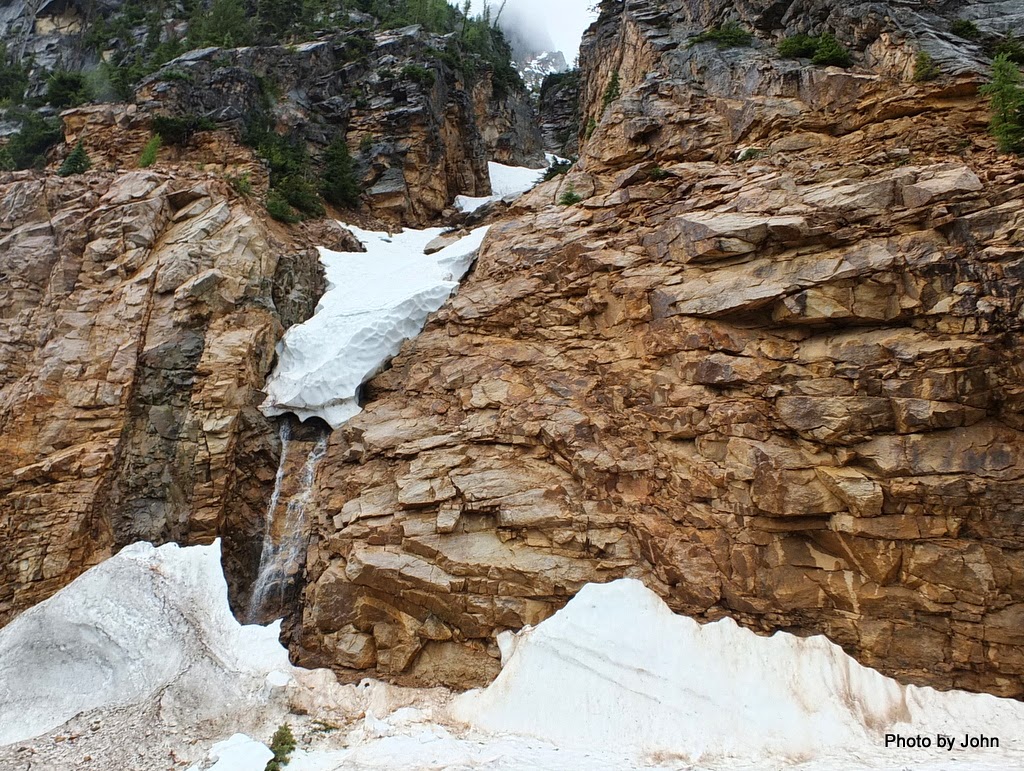 With the snow melt, there were lots of transitory waterfalls along the road 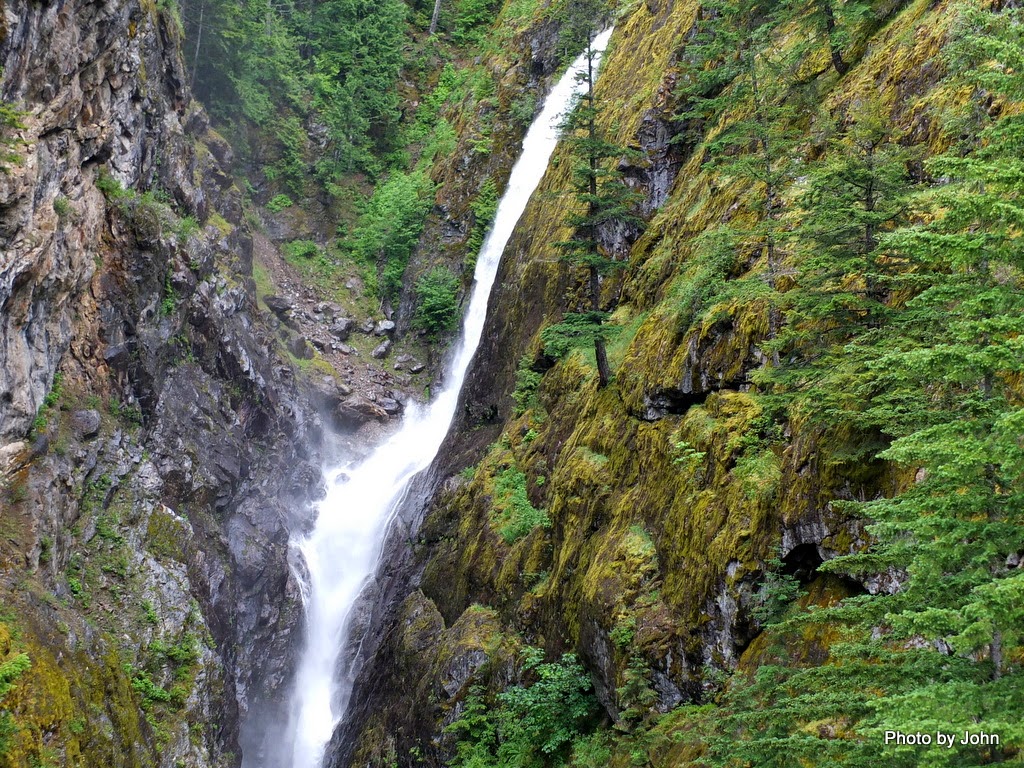 and the persistent ones were flowing strongly. 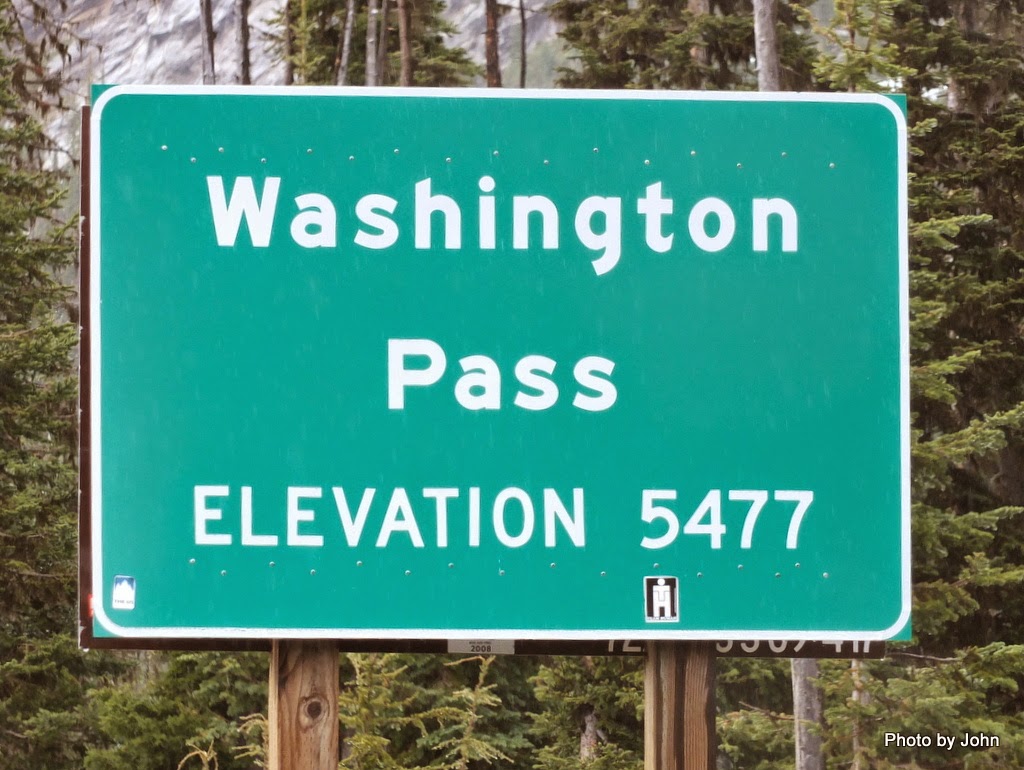 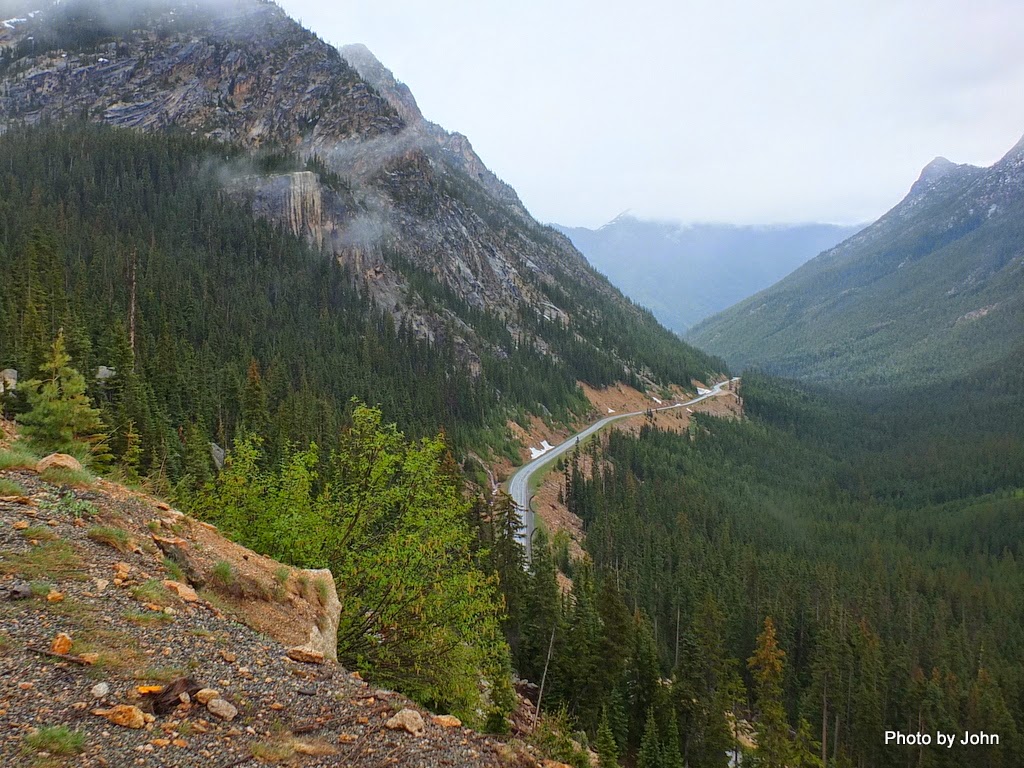 The road over the pass is only open during the summer. I've driven it a number of times since the route opened in the early 70's. This time, the rain followed us to the east side of the mountains. The mountain tops along the road, and the further vistas, were all hidden in clouds. It's absolutely stunning when it is clear. 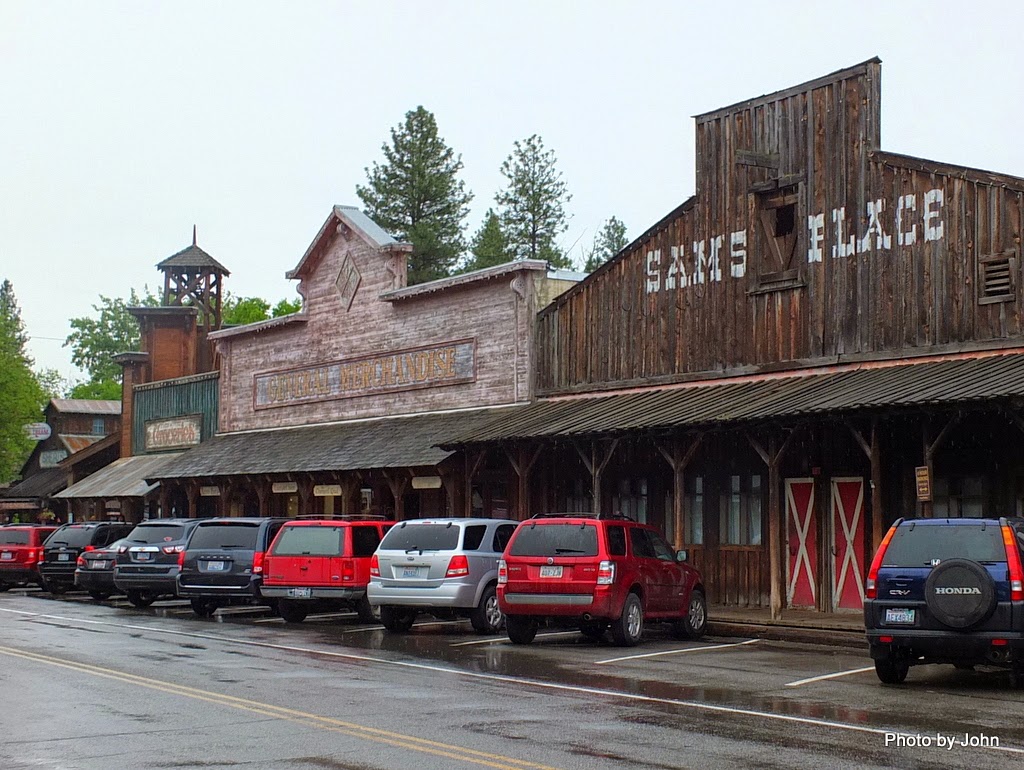 Winthrop, at the east end of the pass, has branded itself with old west architecture. Many of the stores stock things that appear to somewhat fit the period. The price for lunch was highway robbery, however. 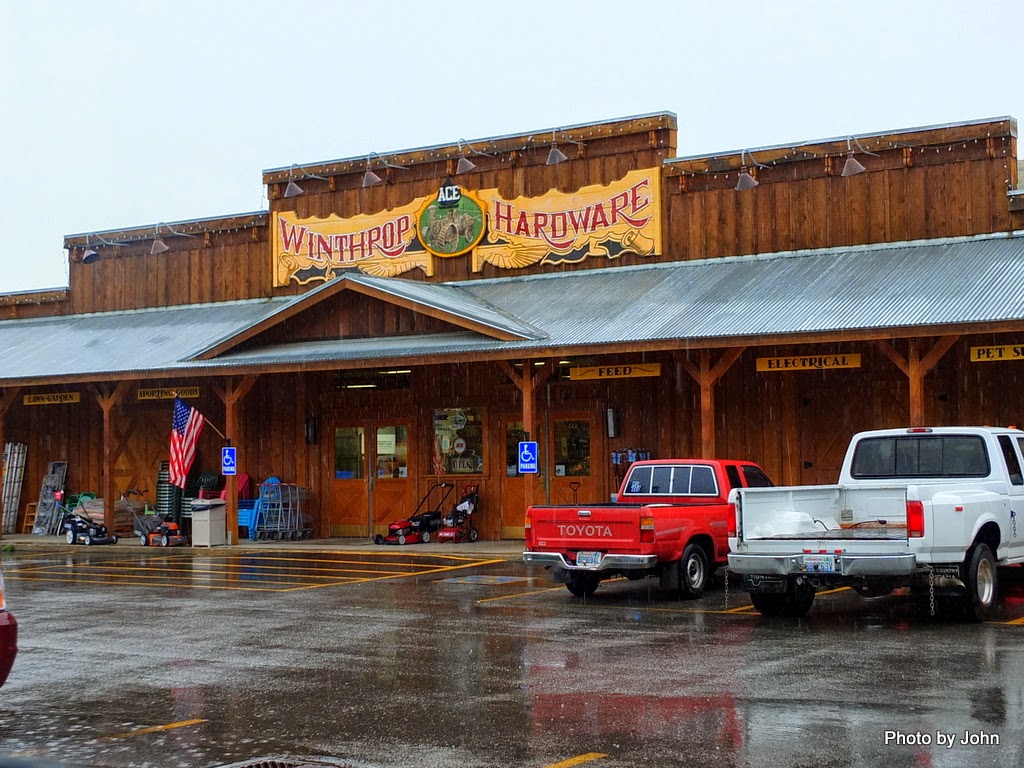 Even the newer businesses on the outskirts of town were dressed in old west architecture.

It's possible to do a wonderful loop trip using Highway 20 between Burlington & Winthrop, and then down to Chelan and Wenatchee before crossing the Cascades again via Highway 2 and Stevens Pass. Highly recommended! 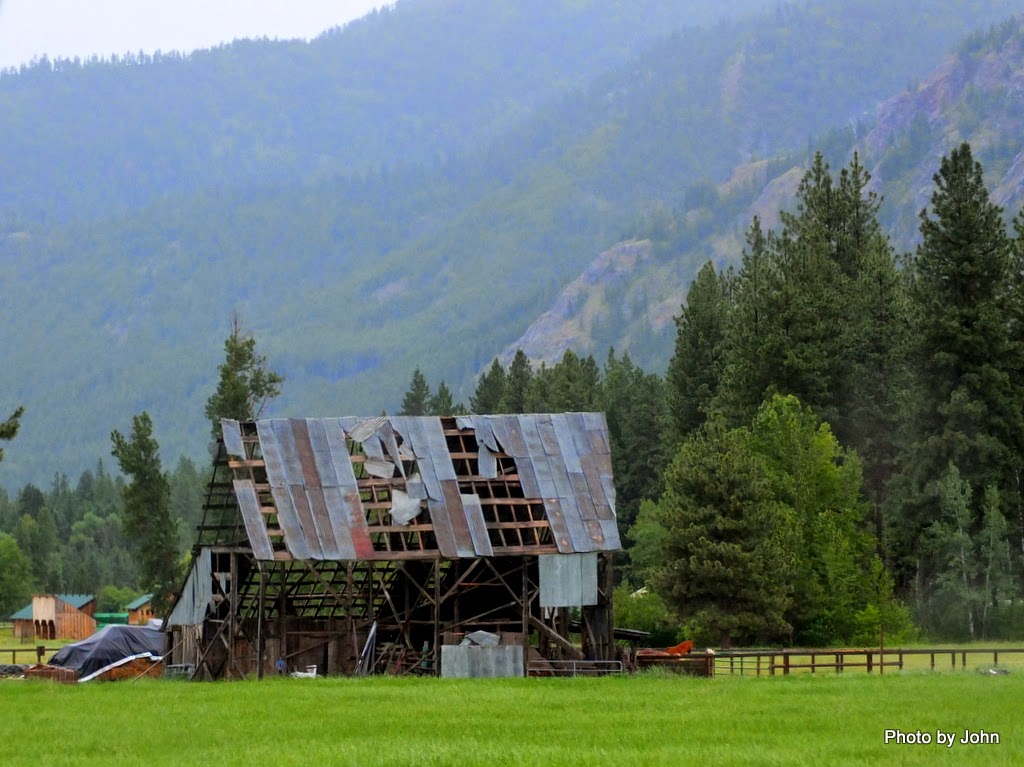 And, of course, a barn photo. This one may be pushing it a bit. The shape is still visible, but there isn't much left of this barn in the Methow Valley.