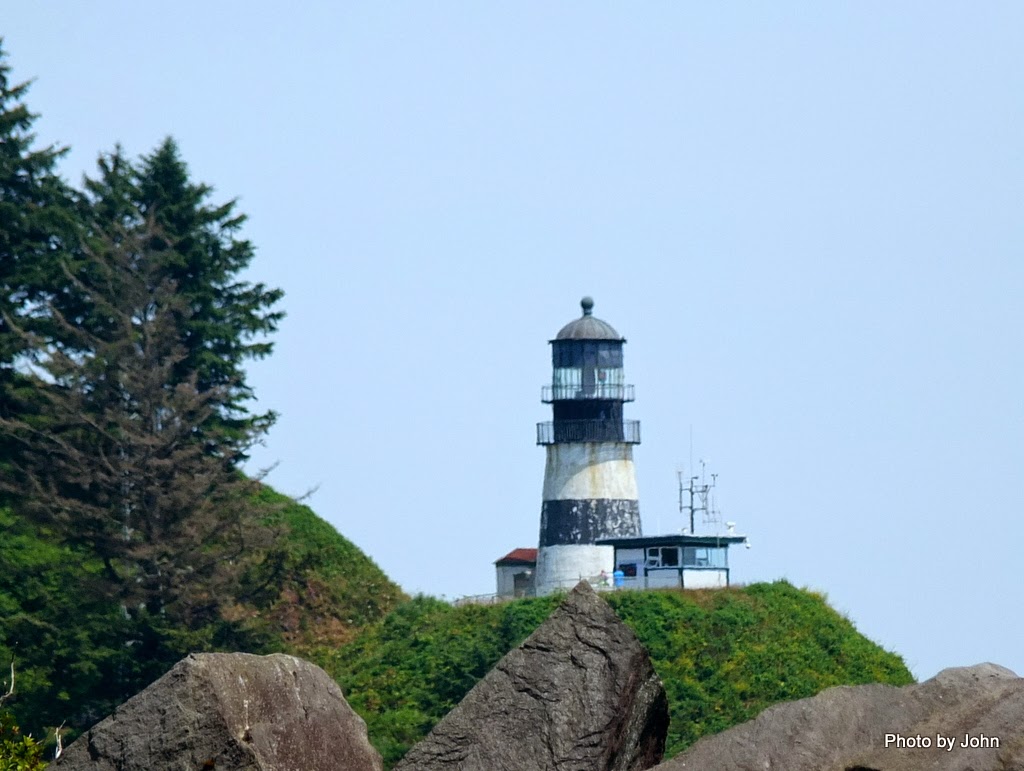 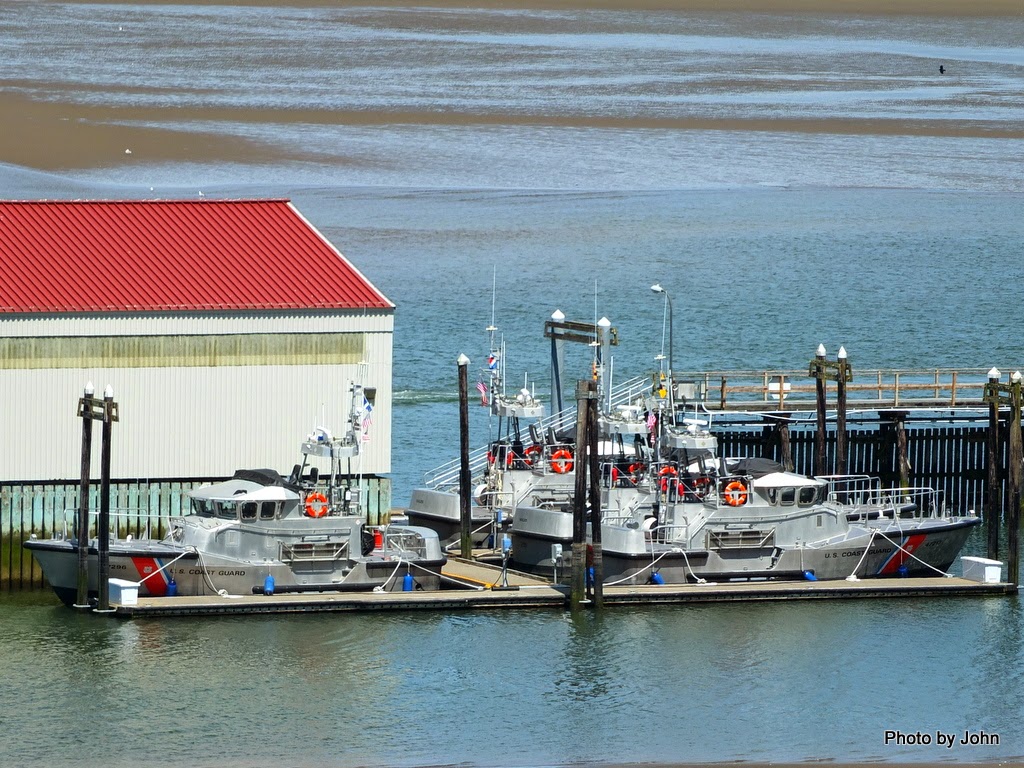 The Cape Disappointment Coast Guard Station is tucked in behind the bluff and is home to the National Motor Lifeboat School. They learn their craft in some of the roughest water on earth. 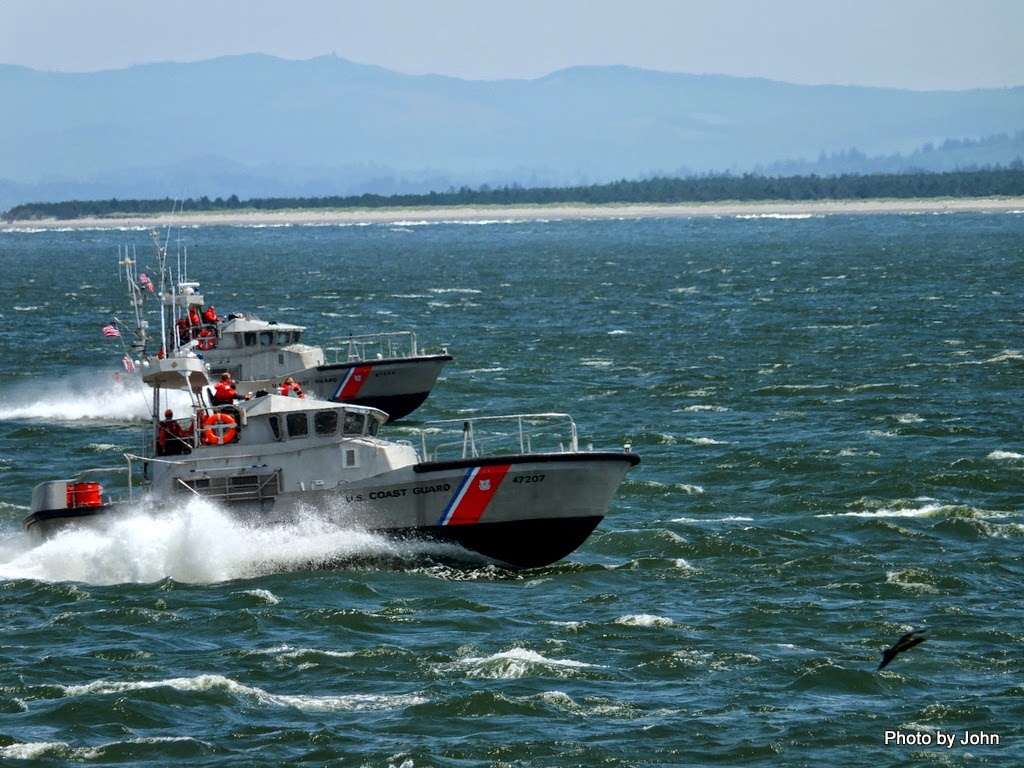 They’re fast movers about 50 feet long. They didn’t seem to be interested in providing free rides for interested spectators. 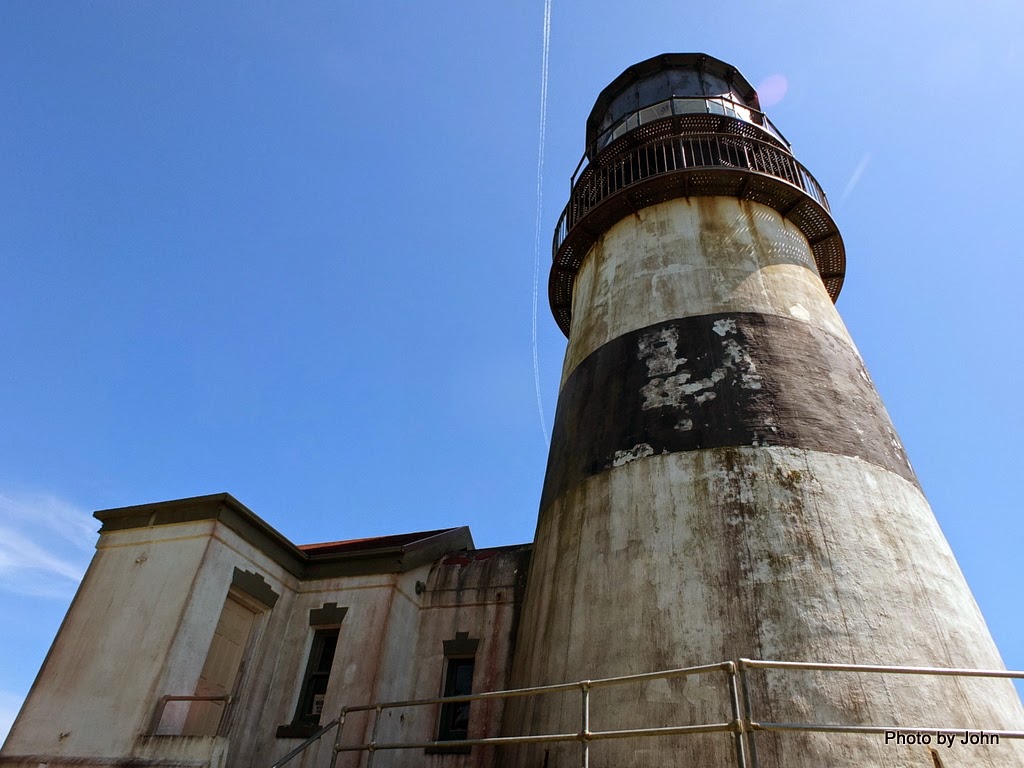 Unless you are Coast Guard, the Cape Disappointment light is reached by a 1.2 mile (round trip) trail. The black stripe is to differentiate this light from the North Head light which is located a short distance up the coast. We’ll visit that light also but we’re waiting until Paul and Nina, authors of the Wheeling It blog are back on duty as volunteer hosts. 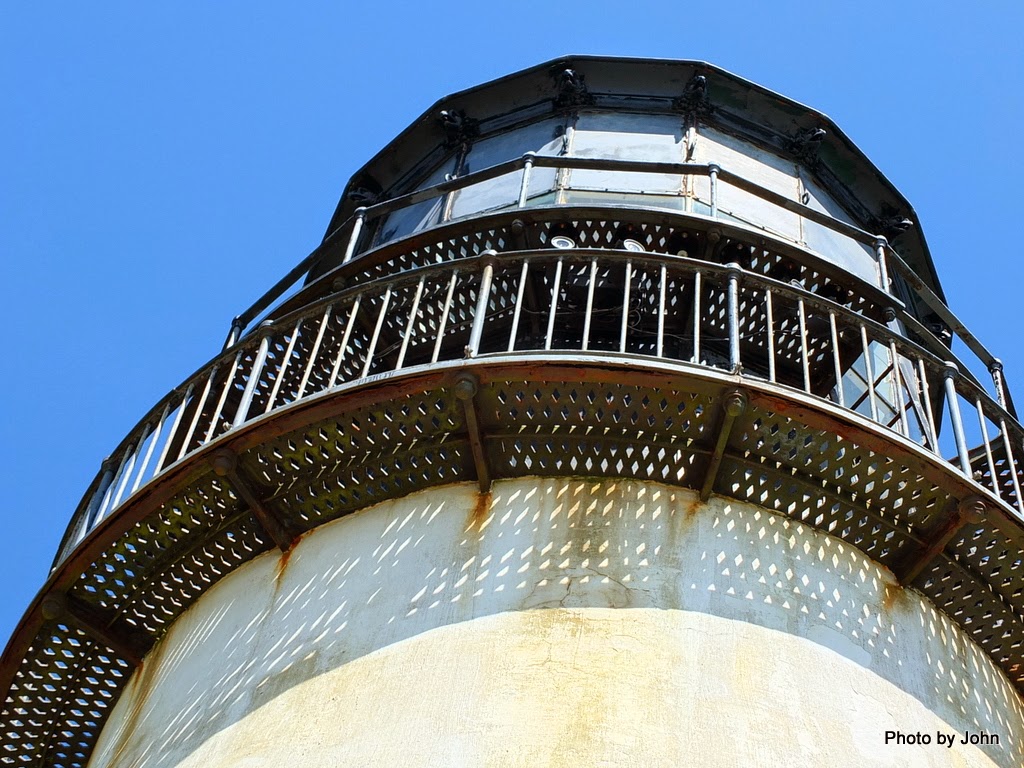 I love the details of old lighthouse construction. Lots of cast iron. The surveillance cameras point out to the Columbia bar. It looks to me like it is time for a new paint job.

Posted via our Millenicom Hotspot while sitting at the Columbia River Maritime Museum in Astoria.
Posted by Just Finding Our Way at 1:30 PM