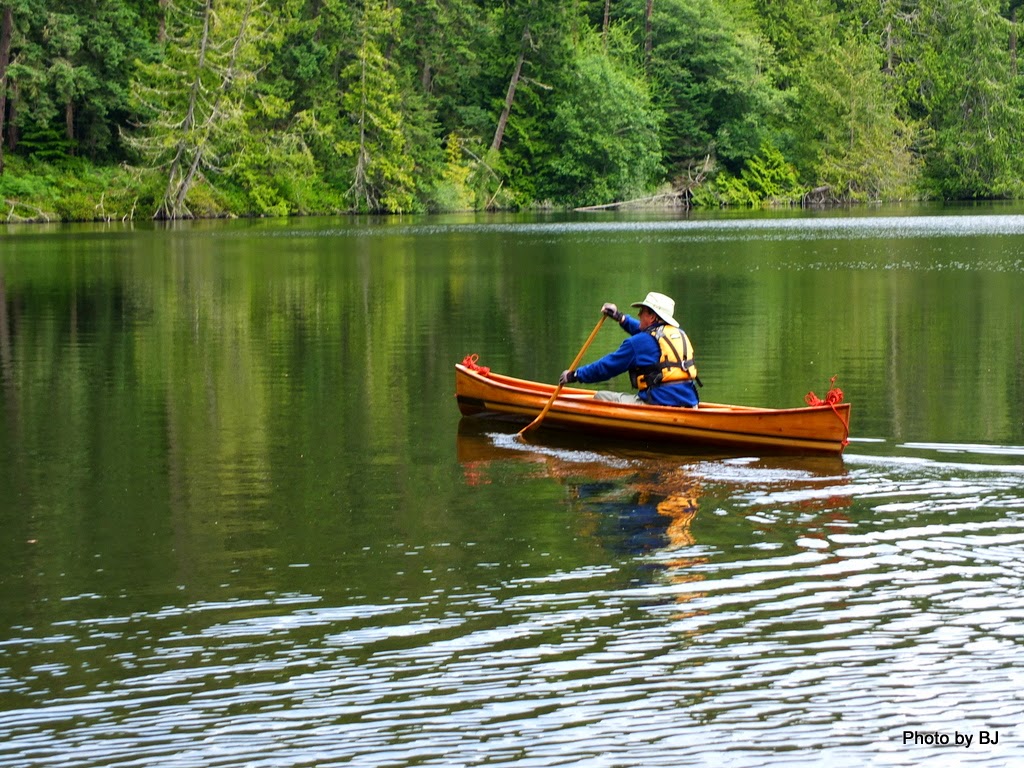 In a former life, I traveled several days a week across the Deception Pass bridge in northwest Washington. Nestled in a pocket just north of the bridge is a beautiful little lake that I've wanted to paddle since I built my first boat. This was my chance. 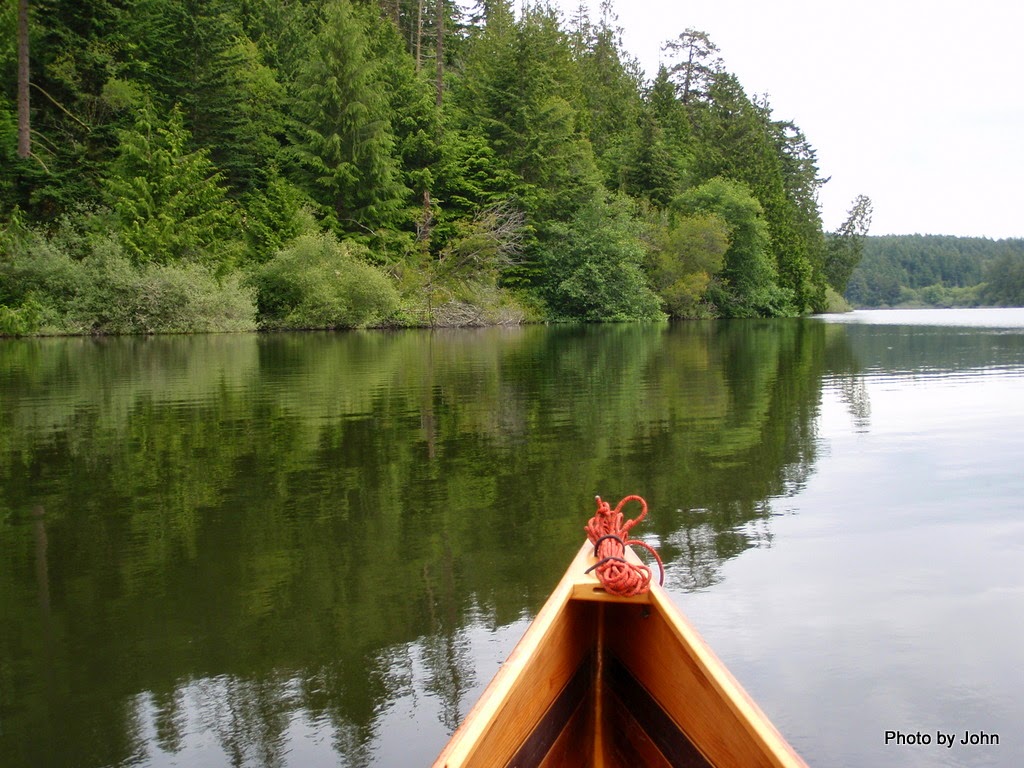 The morning had started cool enough that BJ decided not to paddle, but by the time I launched, the sky was showing some blue and the reflections were beautiful. 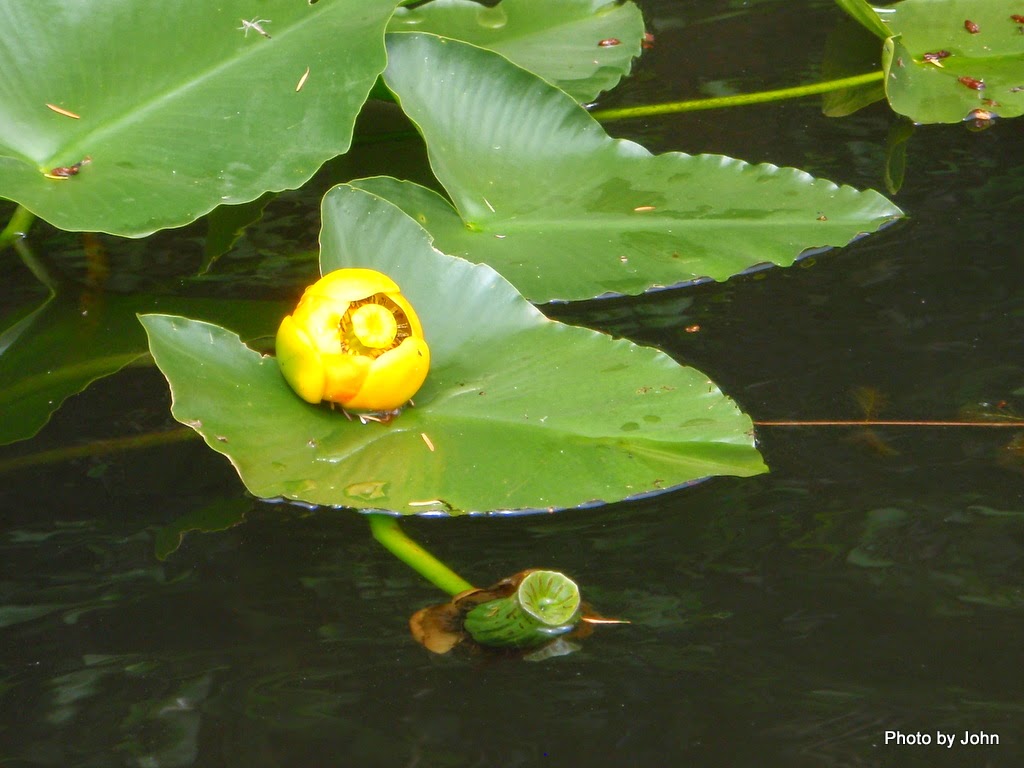 There were several folks fishing using small catarafts or row boats. I stayed out of their way and nosed my way around the shore. The lily pad blooms hadn't opened yet but it won't be long. 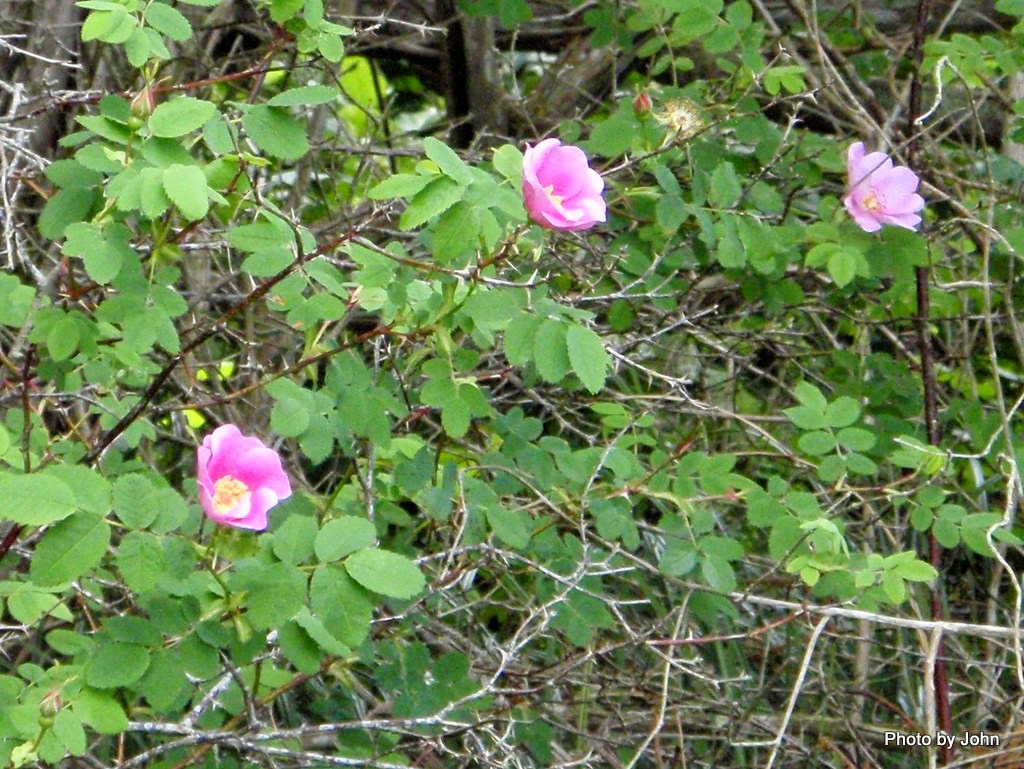 On the north side of the lake was a large area covered with these flowers. They might be a wild rose, but I couldn't smell them. 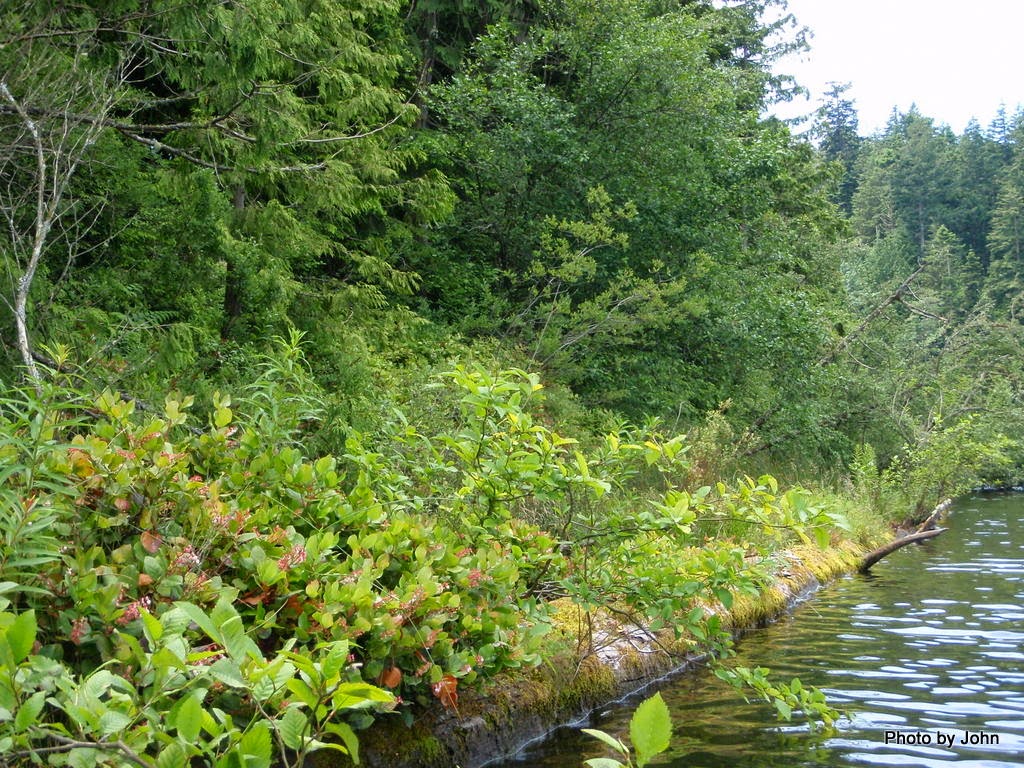 This log has been in the lake so long and rotted enough that it has a veritable garden growing the length of it. 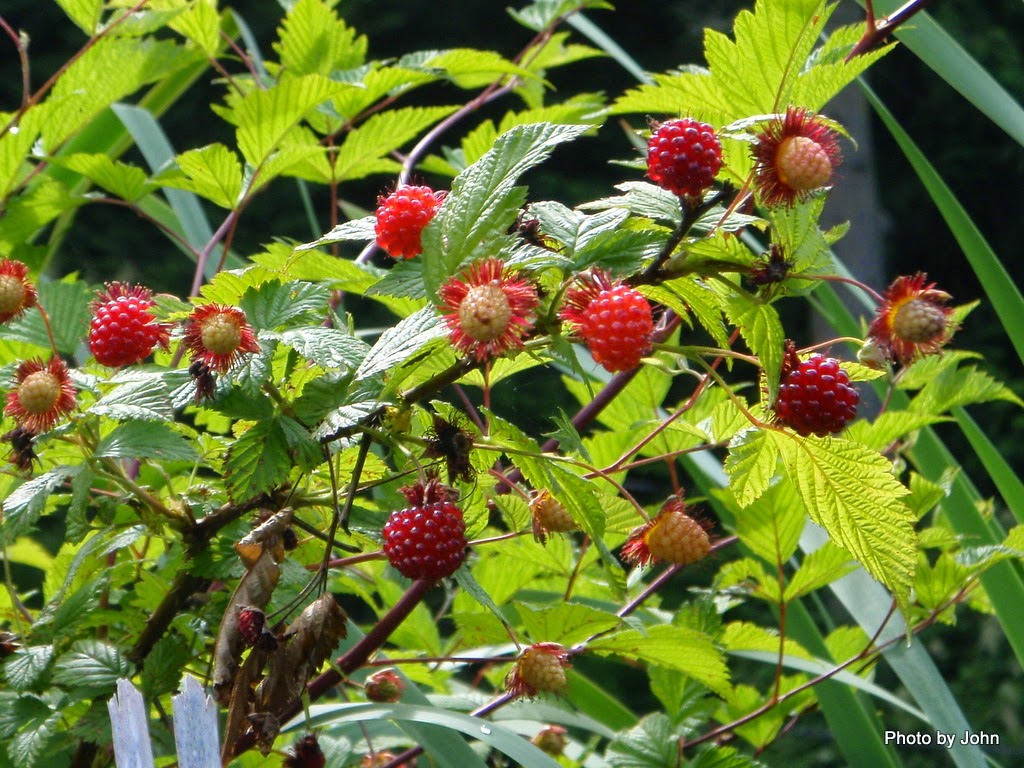 The surprise was that the berries are starting to ripen. Won't be long and cars will be parked along the roads picking wild berries. 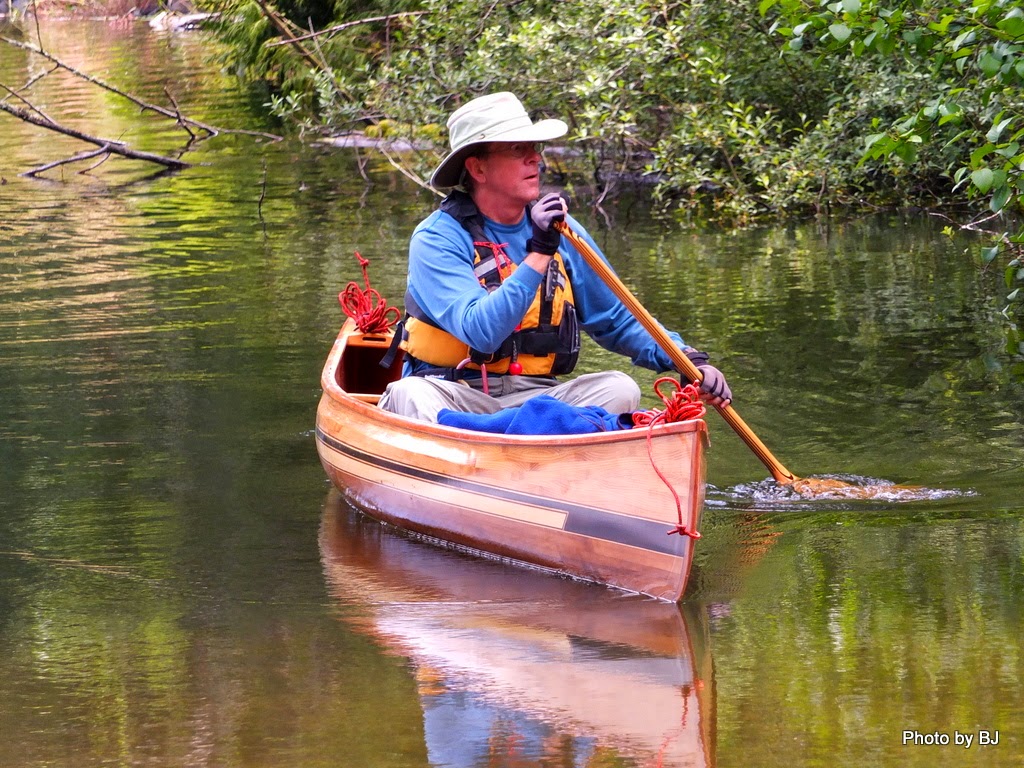 Just an hour to paddle around the lake, but an hour well spent.