Not So Much Luck On This One 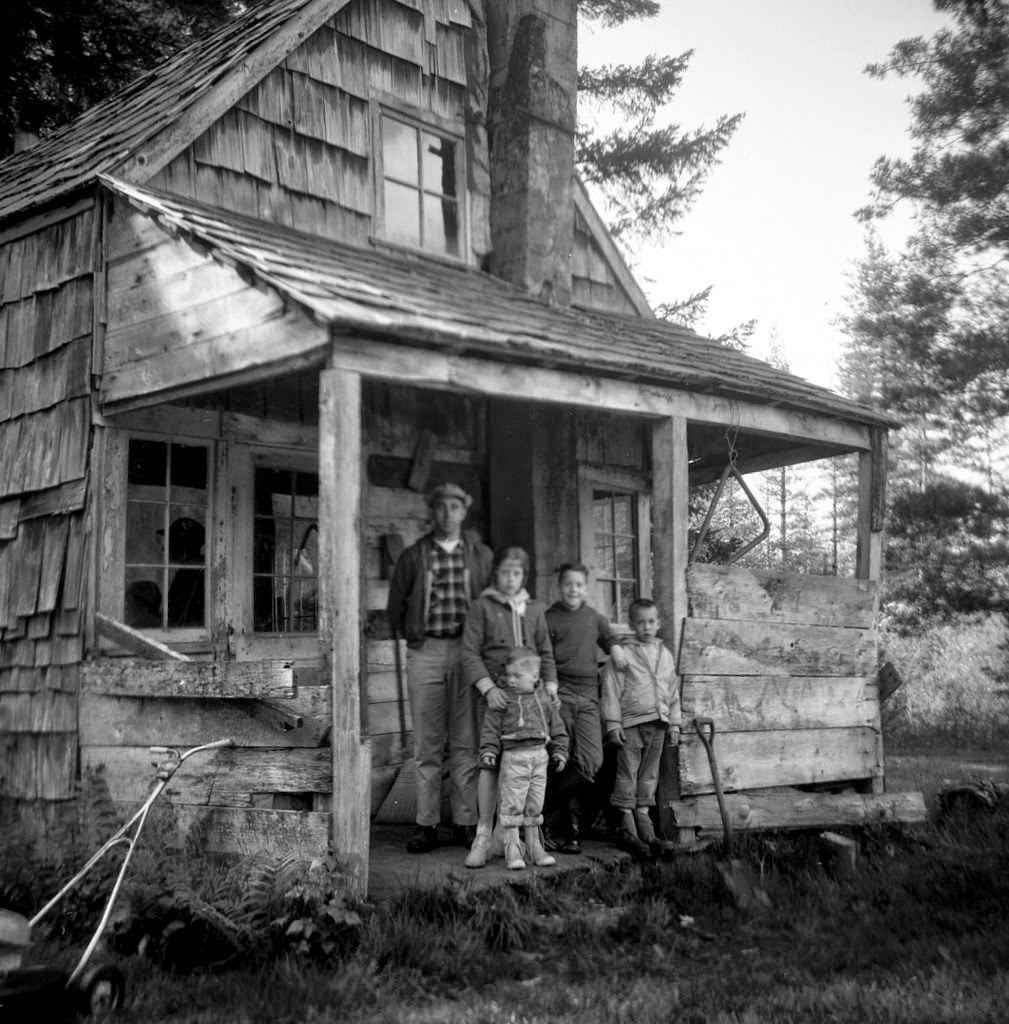 Joe Morovitz was a gold miner who worked the Swift Creek and Shuksan Creek drainages in the 1930s and perhaps earlier. Grandfather knew Joe and had visited the mine with Dad before 1935. Dad knew the family that ended up with the cabins (there were two) and the ranch when Joe moved on. It was a popular spot for our family to take a vacation. We always took the lawnmower along to cut down some of the grass in front of the cabin. (abt 1962)
I last visited the cabins in about 1974 and that time we approached it by trail from the north. At that time both cabins were still standing but the smaller one had a significant lean to it and both were dependent on log braces to hold them up. Current topo maps don’t show them, but earlier (1970ish) maps showed the cabin locations. The cabins faced a large meadow where Joe had pastured his mules. At one time there had been a barn but it was gone by my first visit. 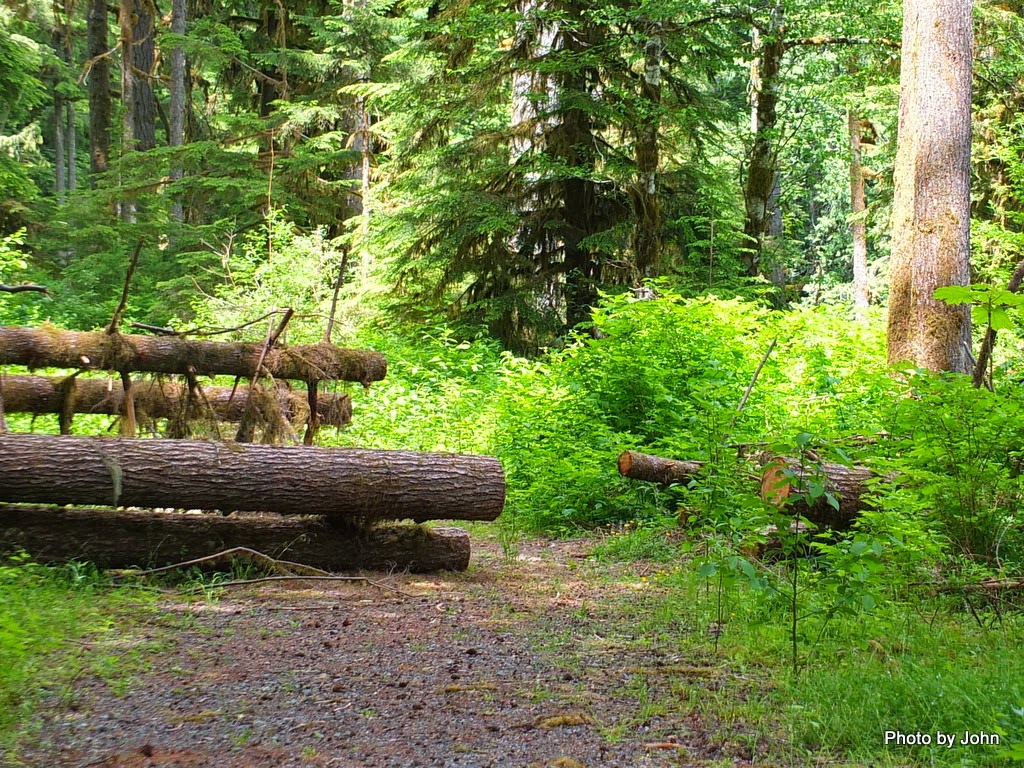 Based on the best info I had, I headed off for a hike. The first part, on the now abandoned (for motor traffic) FR1144 right of way was straight forward. The Forest Service appears to regularly cut away windfalls that cross the roadbed. 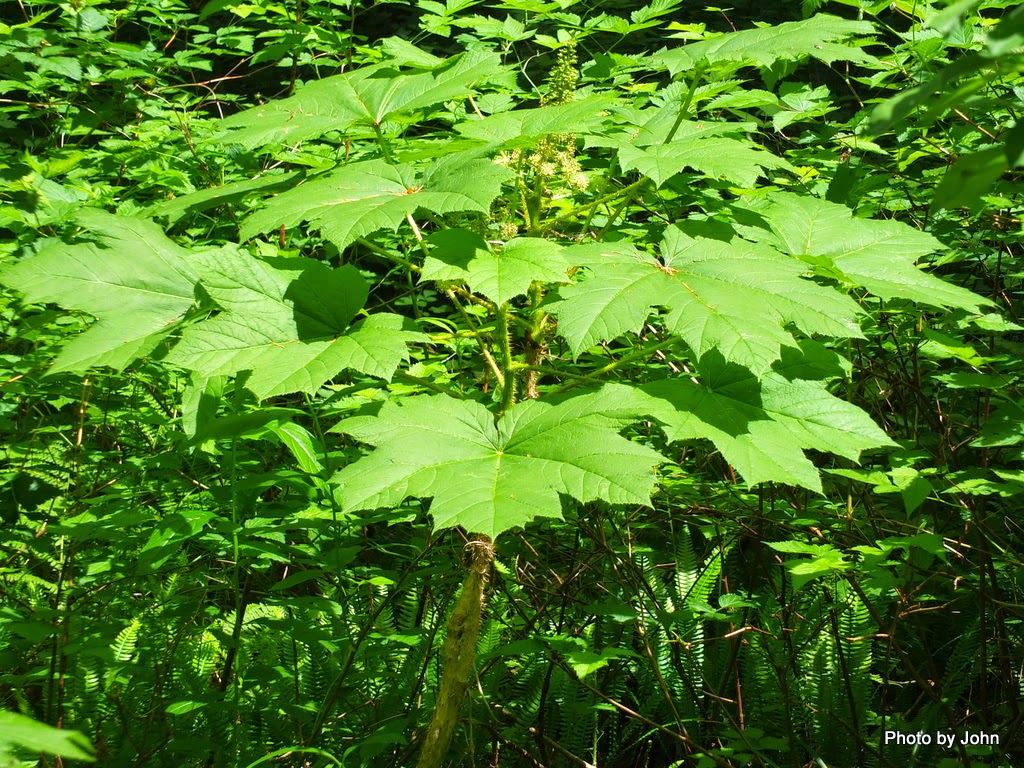 Berries have encroached on the edges, and where berries haven’t been predominate, Devil’s Club with its nasty thorns and stinging nettles own the space. 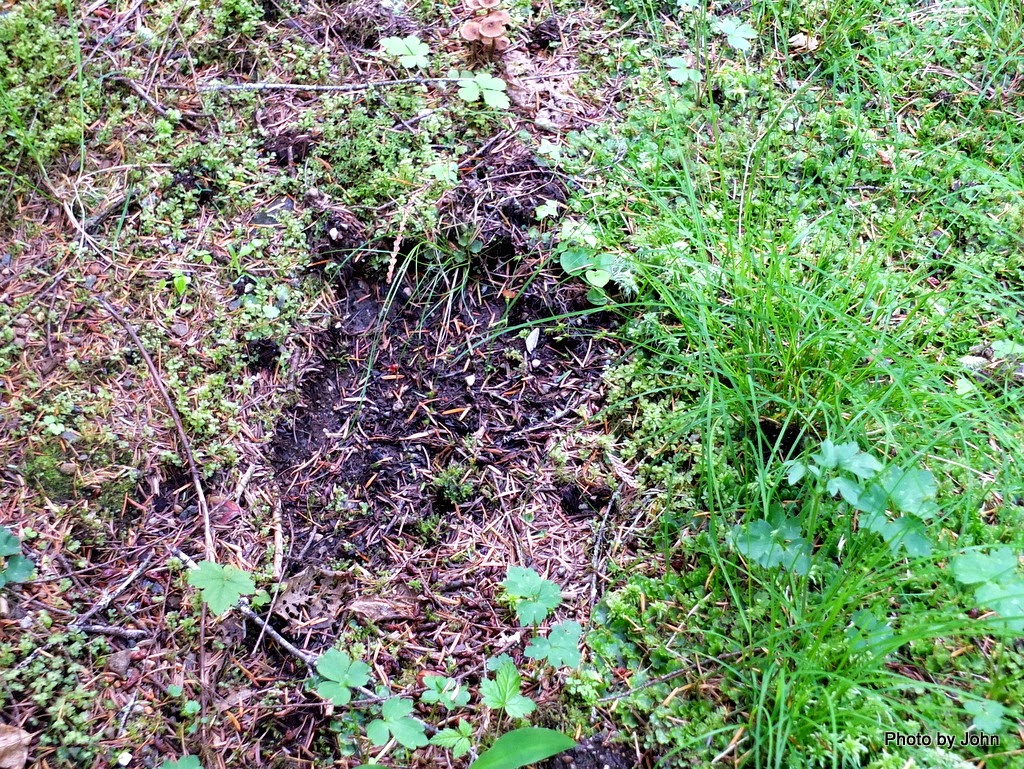 The berry bushes also attract bears. I did spot this fairly fresh mark as well as sign of deer and elk. 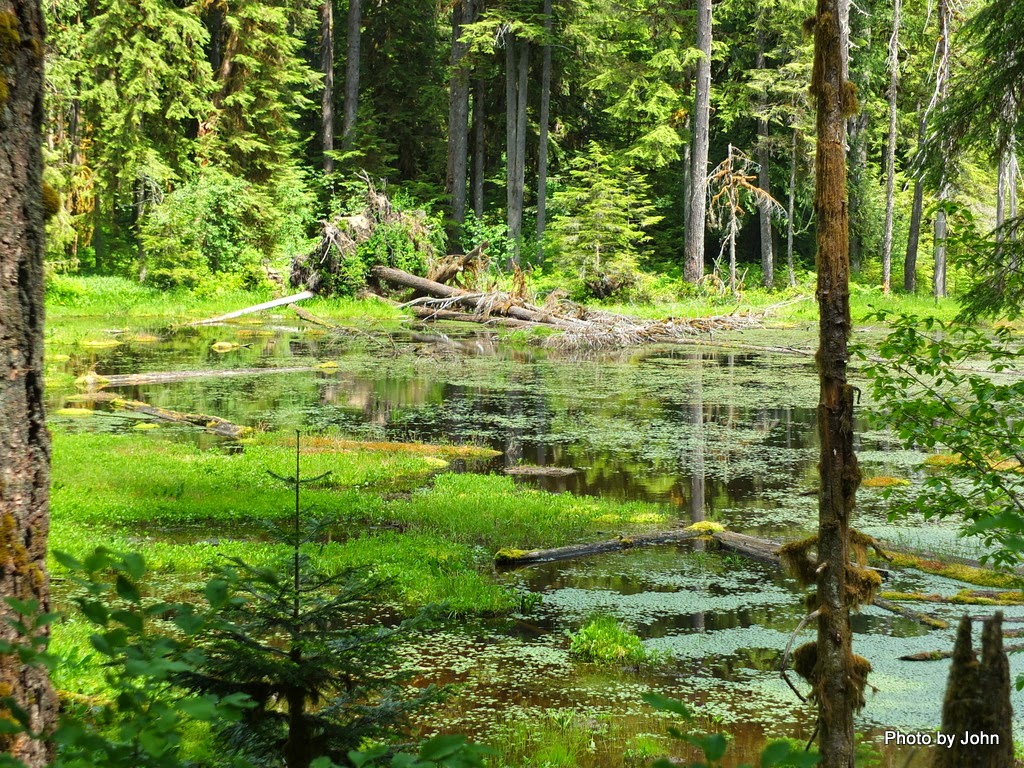 I didn’t recall any ponds in the area, but the more recent maps show a small one. It’s actually quite large and takes up much of the remaining meadow. 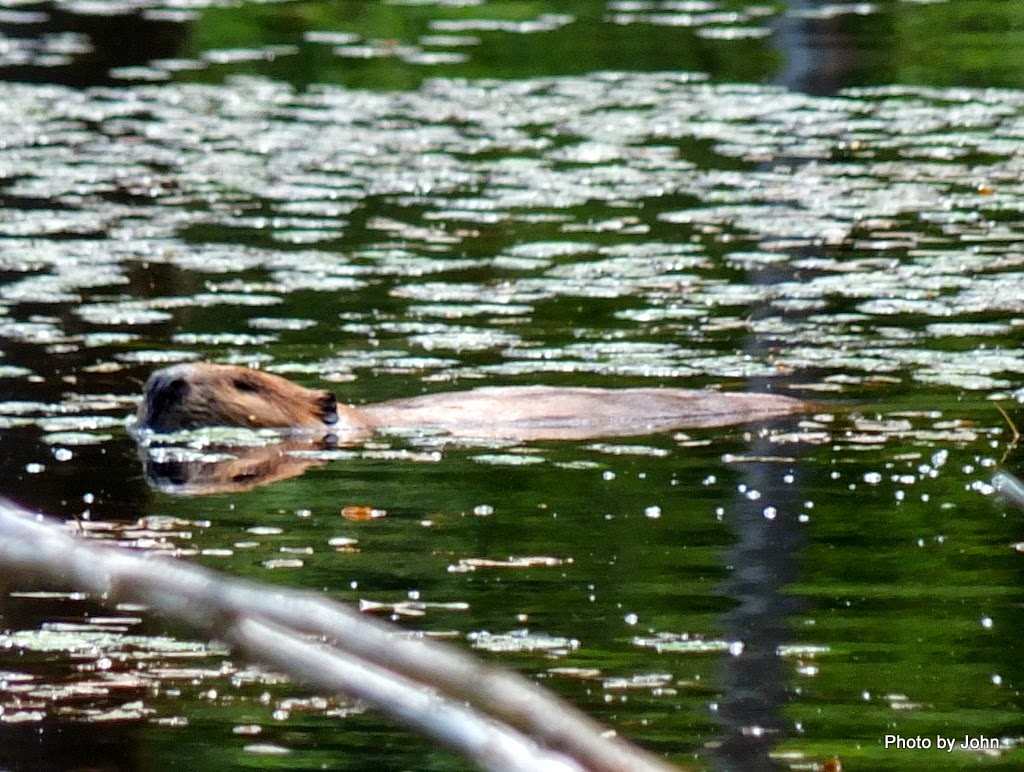 I did spot the creator of the pond. No idea how many more beaver might be around. 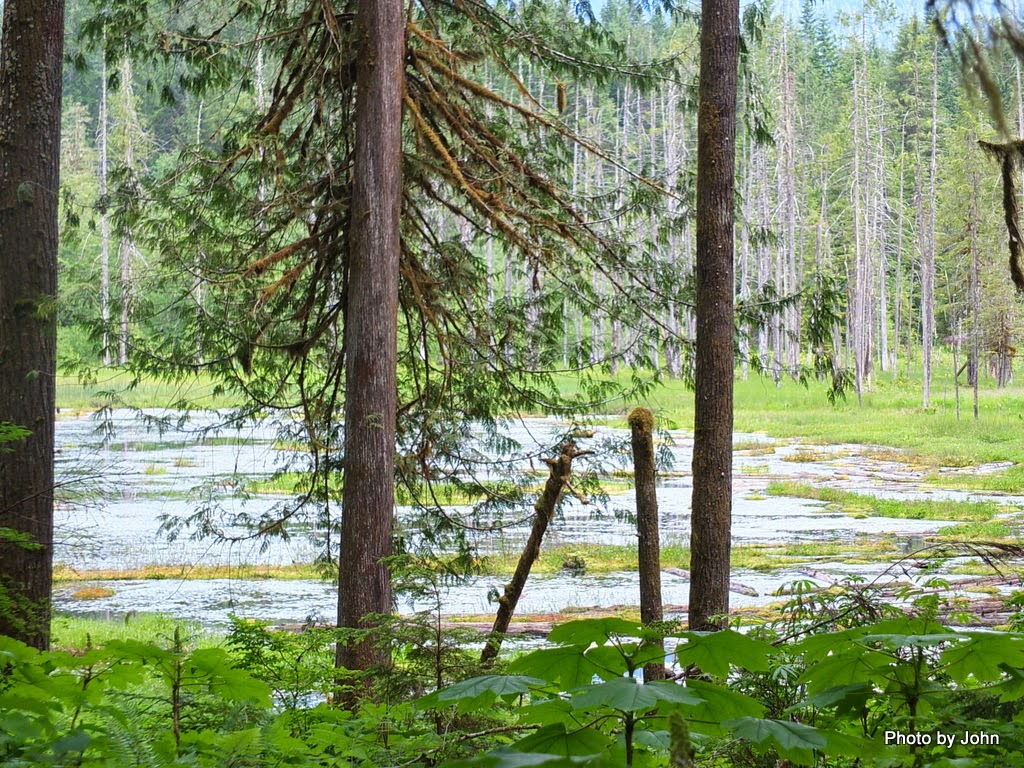 The water from the pond has killed off all the young trees on the southeast end.
The bridge over Morovitz Creek on FR1144 washed out a number of years ago. I suspect the same flood would have taken out the cabins as well since they were within a couple steps of the creek. I'm afraid the only way I'll find any sign of them is to walk down the creek itself and I'm too lazy for that.
The last three posts were sent from Sedro Woolley, WA. Internet connectivity from Baker Lake, even with the antenna and booster, was very sketchy.
Posted by Just Finding Our Way at 1:30 PM