More - Seen Near the Ocean 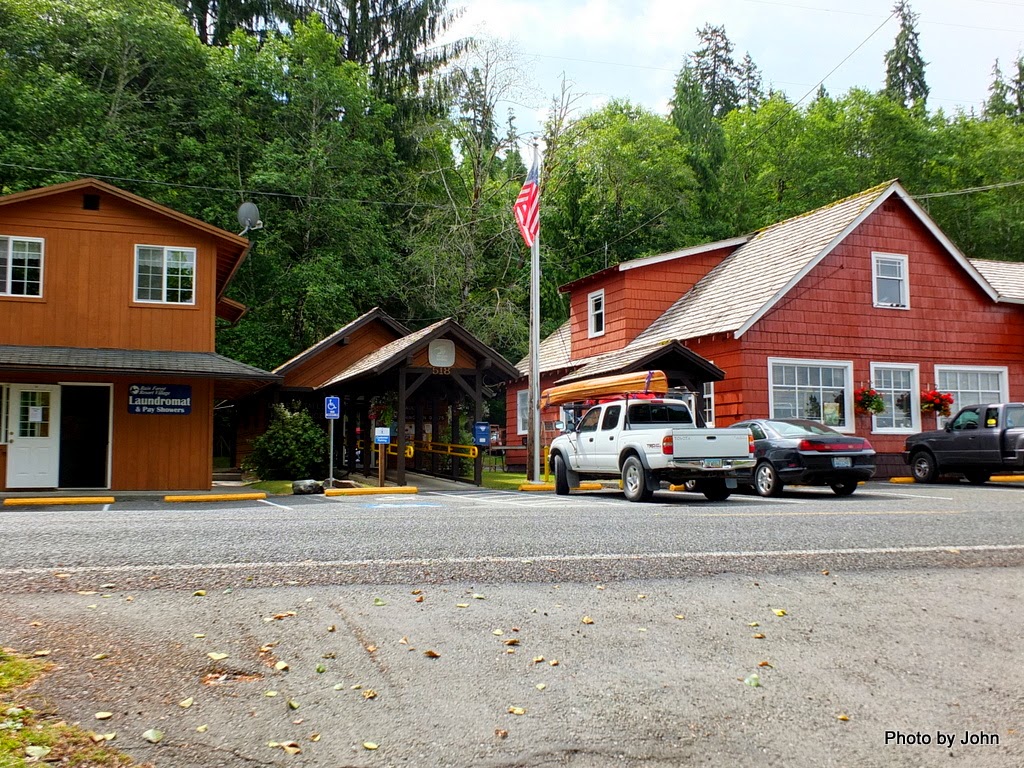 About 30 miles south of the South Beach Campground is the Lake Quinault Rain Forest Resort. For us, the claim to fame was a clean laundry and clean, hot coin-op showers. There was also a general store, post office, cabins, limited hours restaurant, and nice, water/electric ($30 +tax) RV facilities. 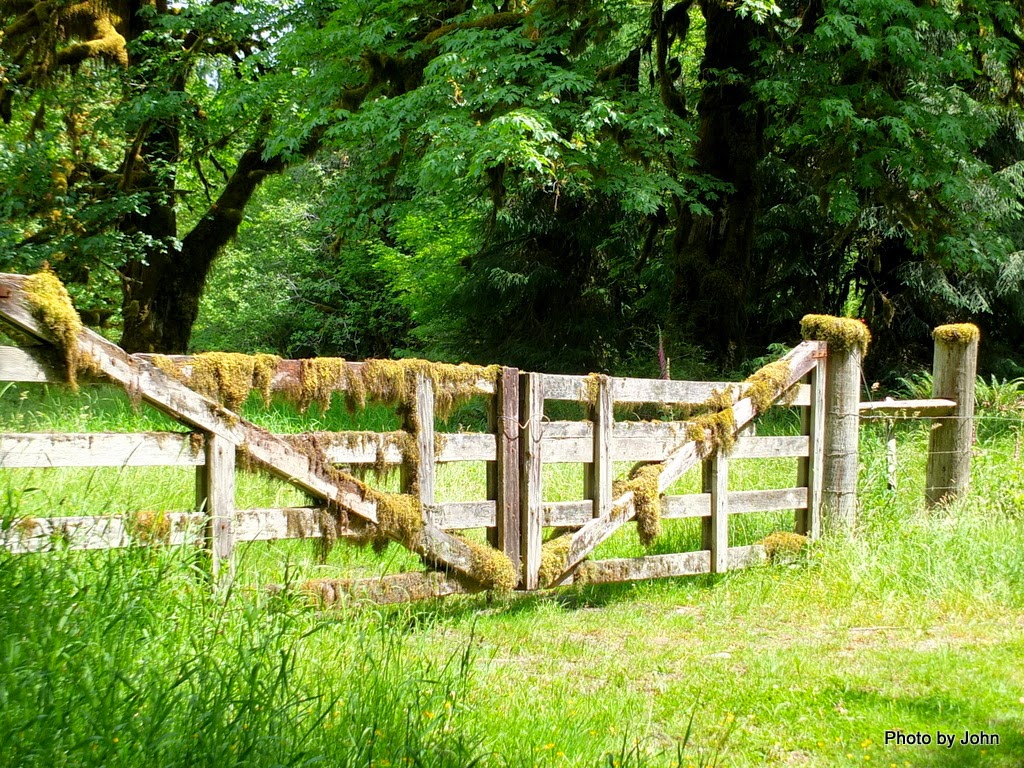 After the laundry was finished, we drove the loop around Lake Quinault. Nearly half is gravel, and because of some narrow, crooked, one-lane sections, trailers and RVs were strongly discouraged. Although the sun was shining, the moss, even on fences, clearly indicated this area was a rain forest. 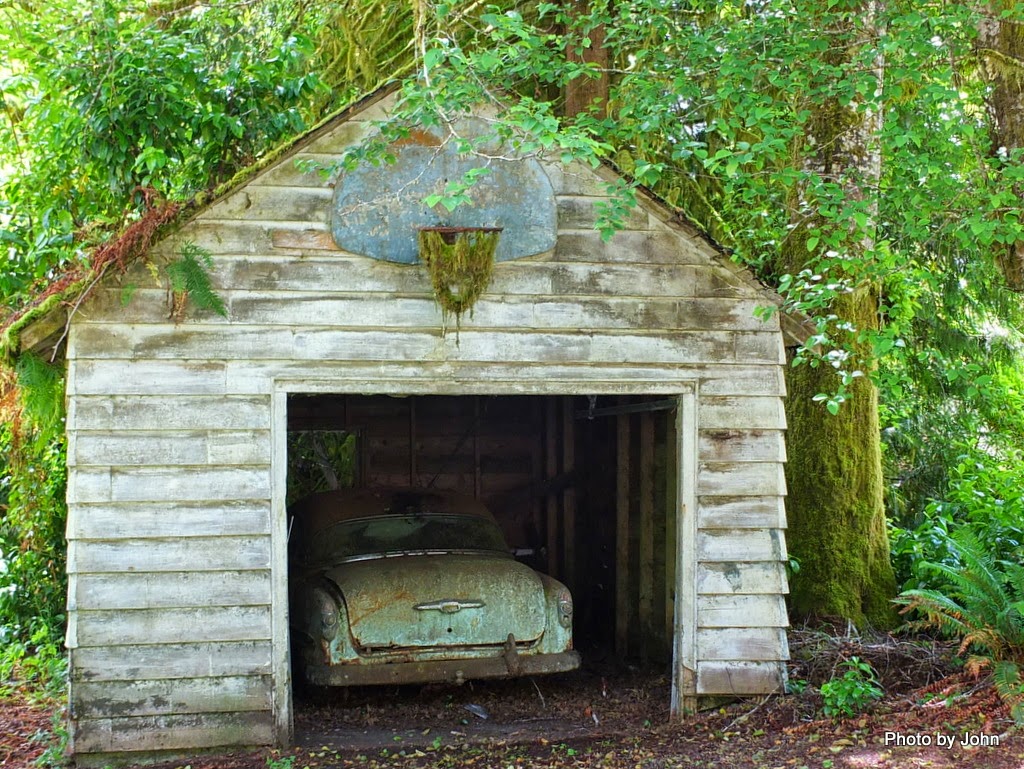 I had to back up to get this picture. The 1953 Chevrolet has been in the garage long enough that there is moss growing on the car as well as the basketball net. Not sure if the rust on the car happened before or after it was parked. 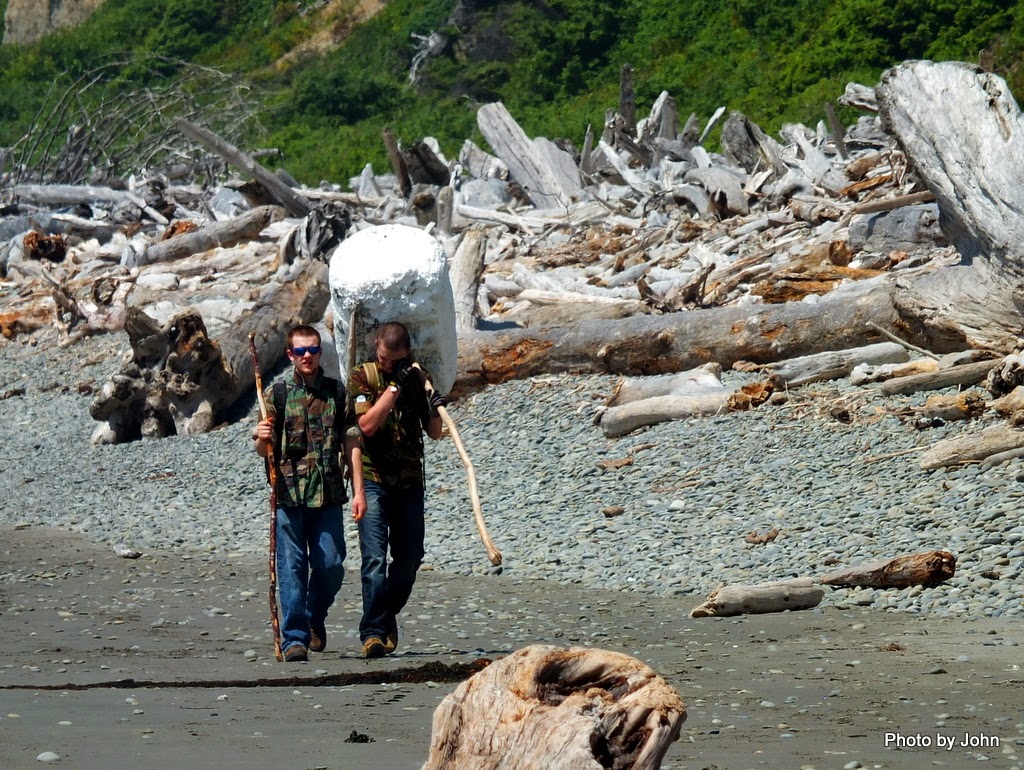 Back on the beach near our South Beach camp, we ran across this fellow and his friend carrying a very large marshmallow. On closer inspection, the Styrofoam looked like it had once been in a plastic drum. 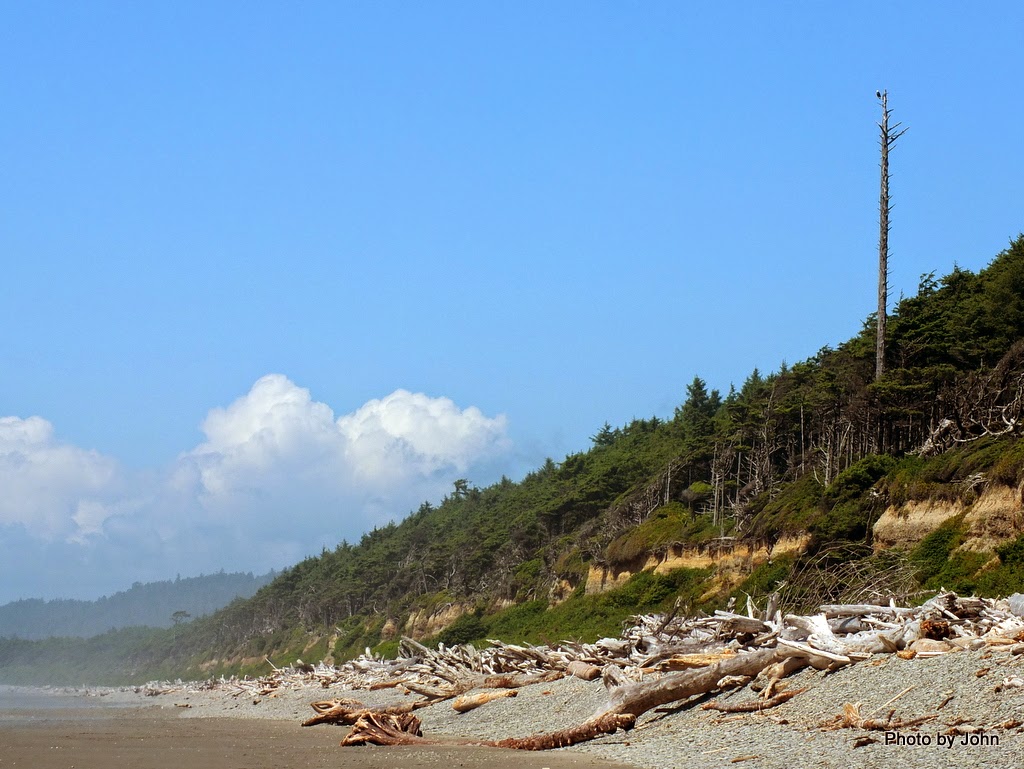 As we walked along, we spotted the eagle in the top of the dead snag. 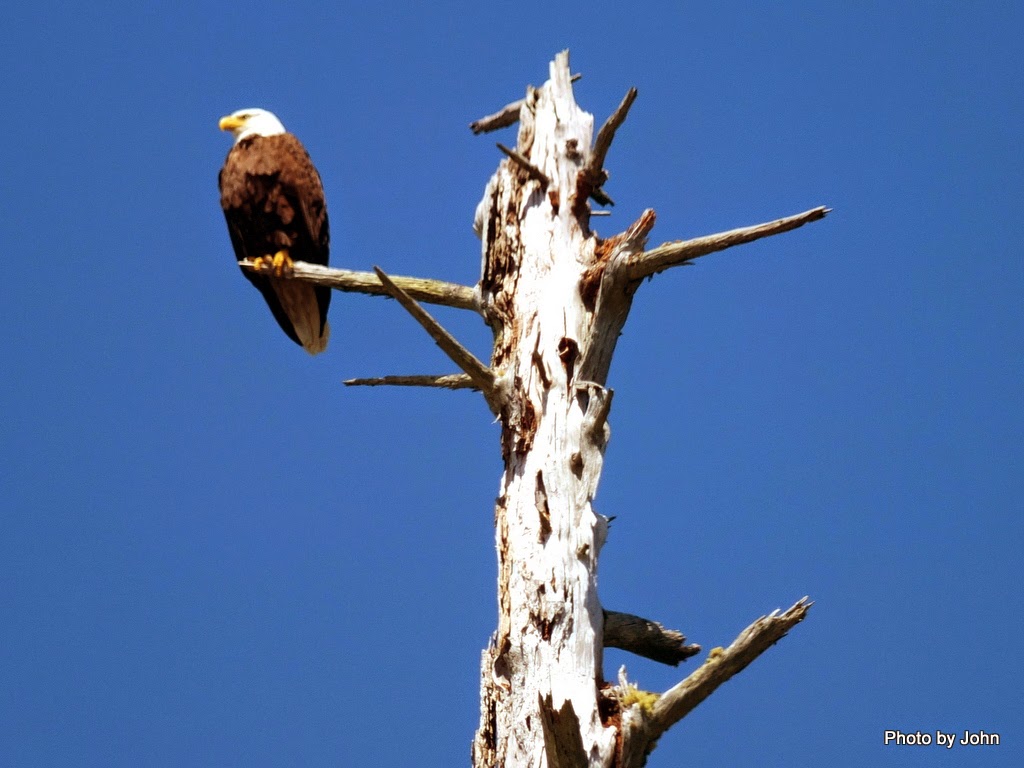 The eagle was keeping an eye on the surf and wasn't bothered by the paparazzi taking pictures. 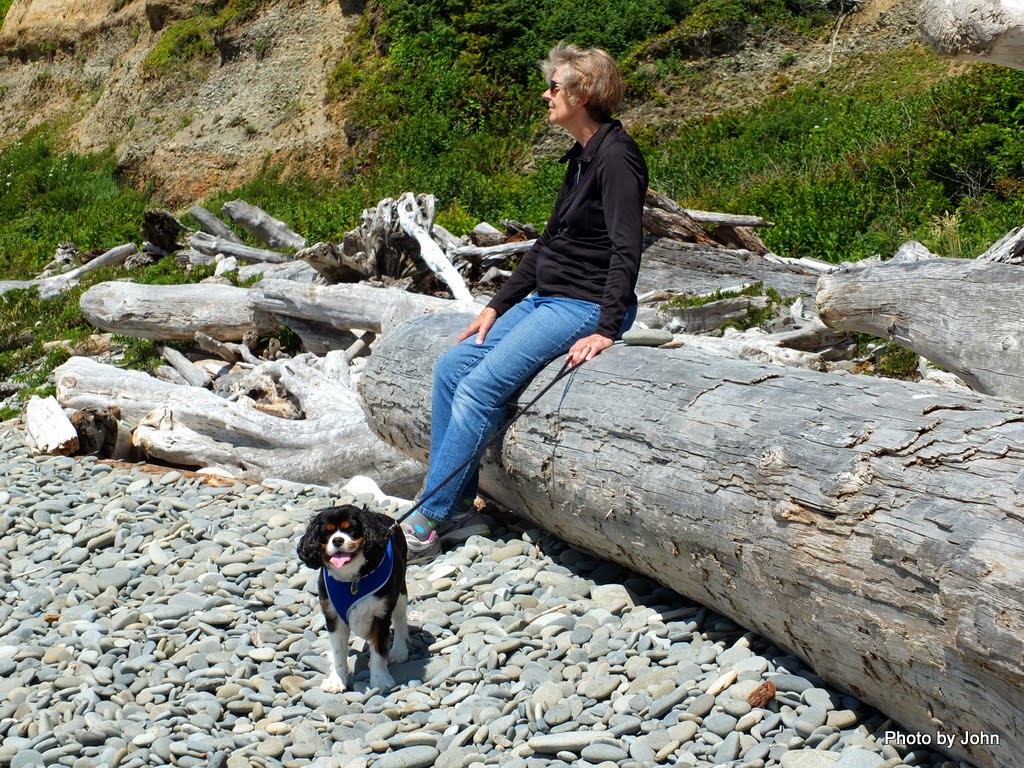 I spotted this good looking lady and her dog sitting on a log and took them back to the trailer with me. 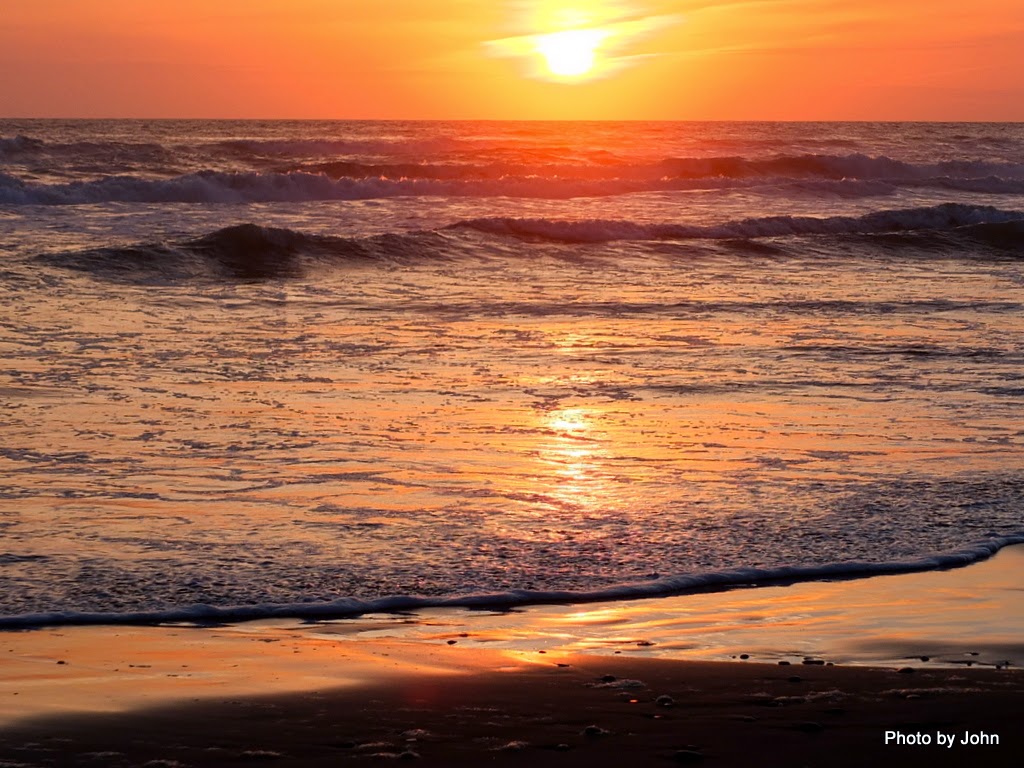 The sunset on Friday night was beautiful but just like the night before, a low thick layer of clouds on the horizon obscured the sun just before it descended below the horizon.