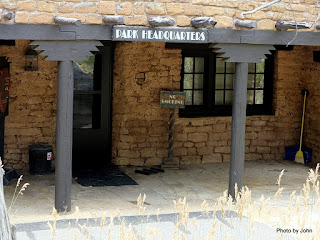 We left Durango and moved to Mesa Verde National Park for a couple days, trying to cram as much as possible into the time we had with Spencer. I’d scheduled a tour that Spencer and I were going to do on Monday while BJ stayed with Turk, so Sunday afternoon was a chance to see things that wouldn’t be on the tour. 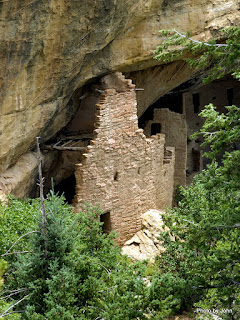 You could see parts of Spruce Tree House from the rim 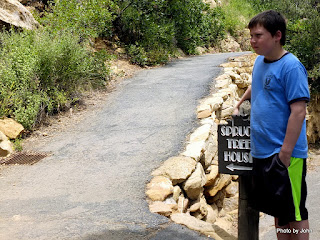 but it was well worth the short walk down the trail 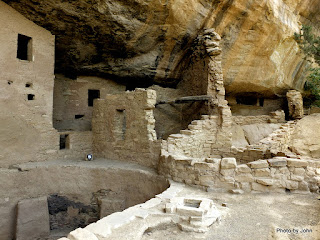 to get closer to the structures. 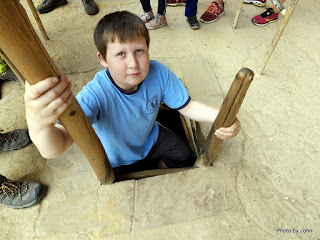 Spruce Tree House is the only publicly accessible structure in the park that has a covered kiva and allows access. There was quite a line-up waiting for the ladder. 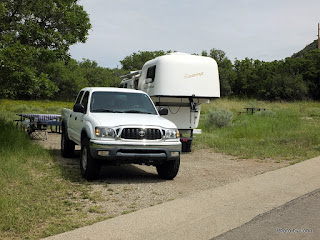 Home for a couple nights was site 274 at the Morefield campground in the park. It’s operated by Aramark as are the other modern facilities in the park. With our 50% discount thanks to the senior pass, our campground fee was just about right. I think their full fee of $30 per night for a dry site was excessive, given the condition of the campground. 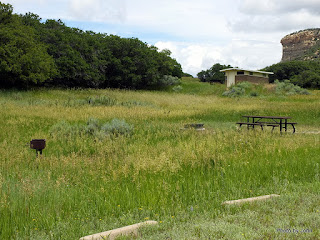 There were lots of spaces, most of which were unnecessarily short making them tight, even for our rig. The whole campground featured tall grass that looked like a fire hazard. I’m not sure why the campground facilities are left looking so lovelorn.
Posted by Just Finding Our Way at 2:30 PM