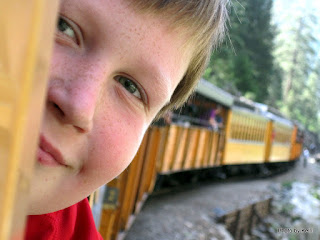 I'd like to introduce Spencer, the youngest member of the Alaska contingent, who has graciously agreed to serve as photographer and photo editor for this post. He wisely elected to pass on the opportunity to write the post, so any lies and misinformation are solely my imagination since Turk and I didn't go on the trip.

He was ably assisted by Nani, Aunt Kelli, and Uncle Bryan. 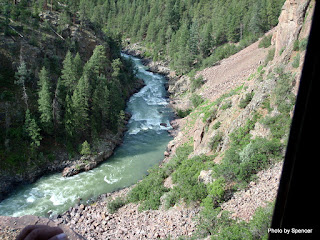 For much of the route, the tracks follow the Animas River, 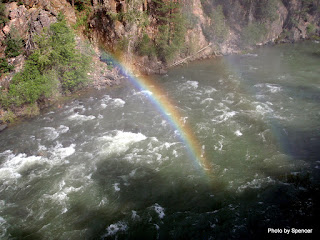 where they saw rainbows 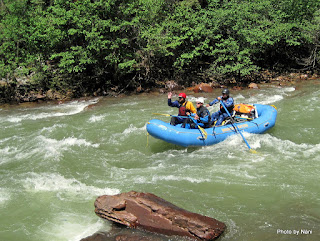 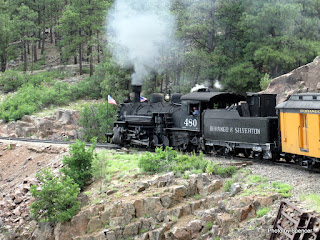 They could see the front of the train 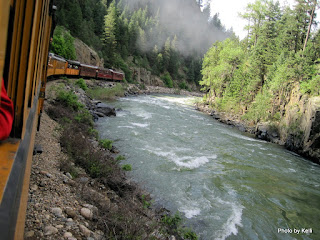 and the back of the train. The railroad runs two trains each day during the summer. This train had 11 cars. 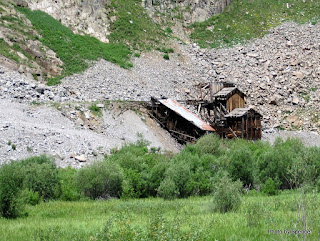 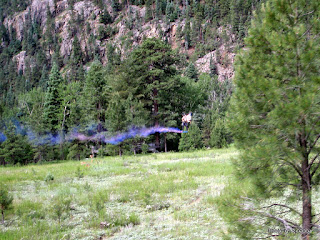 As they approached the Soaring Tree Top Adventures property (accessible only by the train), they were greeted by one of the Sky Rangers trailing smoke as they traveled down a zipline segment. There was a whole train car load of passengers that got off here to experience the zip lines. 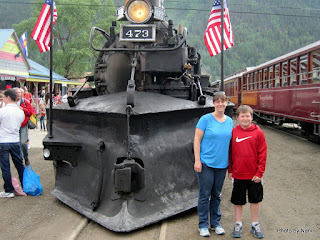 The photo editor decided that Silverton wasn't interesting enough to warrant pictures of the town. Nani noted that the place was a zoo with RVs parked everywhere around the town. She said, "It looked like Quartzsite." 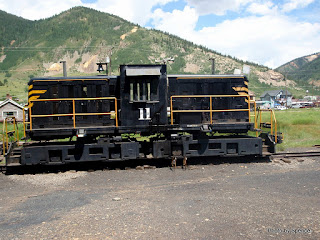 Other railroad equipment was interesting. This switch engine was parked in Silverton. 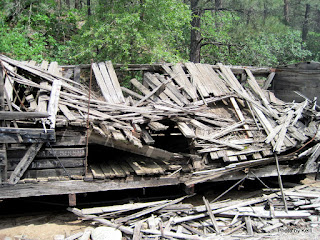 Lots of box cars were parked on sidings along the way. Not all of them were serviceable. 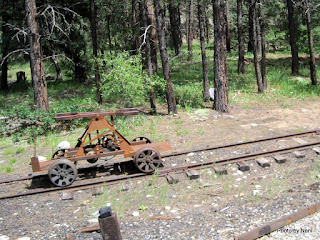 There was a hand powered speeder parked on a siding. It looks like it might be usable. 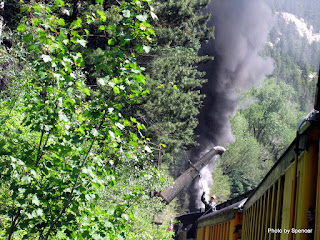 They stopped for water along the way, 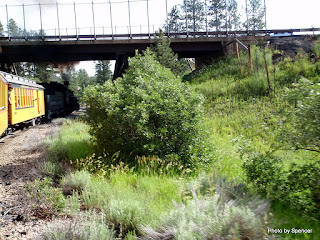 and crossed under the highway at least once each way. This location is popular with train spotters.

Because it was a holiday, it was more crowded than normal, but everyone said they really enjoyed their day.

Thanks, Spencer, for your view of the train.